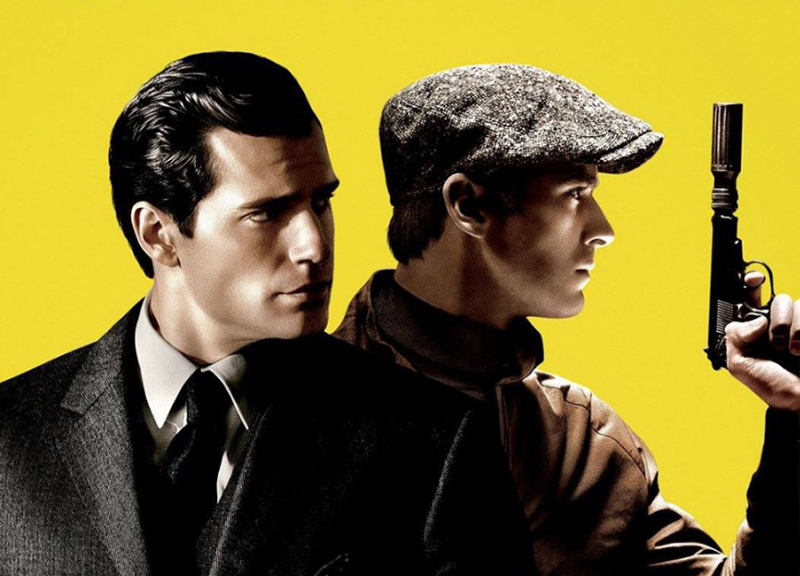 On The Man from U.N.C.L.E. and The Rest Of The Weekend’s New Film Releases.

The Man from U.N.C.L.E.
Director: Guy Ritchie.
Writers: Guy Ritchie, Lionel Wigram.
Cast: Henry Cavill, Armie Hammer, Alicia Vikander, Hugh Grant.
Playing At: Wide.
No one under 40 even remembers the show this film's based on, but I'm sure that's what they said when Mission: Impossible came out in 1996, too. This spy adaptation retains its swingin' '60s setting, but it's coming out much too close to the latest Mission: Impossible flick (and the latest James Bond film) to distinguish itself from the pack. Here, Henry Cavill plays the square-jawed secret agent Napoleon Solo and the vastly underrated Armie Hammer plays the Russian spy Illya Kuryakin. They team up to stop some bad dudes from blowing up the world. Hollywood doesn’t make enough silly little trifles like this, so embrace the fun.

Straight Outta Compton.
Director: F. Gary Gray.
Writers: Jonathan Herman, Andrea Berloff.
Cast: O’Shea Jackson Jr, Corey Hawkins, Jason Mitchell, Paul Giamatti.
Playing At: Wide.
Nearly all music biopics fall into the trap of simply retelling the Wikipedia version of their subjects' life stories without exploring the context or complexities of the artists. I’m hoping Straight Outta Compton avoids that pitfall, especially since there's prime opportunity to connect NWA's aggression to current racial strife. If nothing else, this will have a kick-ass soundtrack. Also, our own Javuer Fuentes was into it, for the most part.

Best of Enemies.
Directors: Robert Gordon, Morgan Neville.
Playing At: The Magnolia.
During the tumultuous Republican and Democratic conventions of 1968, ABC News hired ultra-conservative Bill Buckley and uber-liberal Gore Vidal to debate and discuss the most pressing topics of the day. Both were gifted with a quick wit and keen insight, even though the one that didn’t match your politics could easily piss you off. This doc explores their 10 specials and how they changed TV news forever.

Do I Sound Gay?
Director: David Thorpe.
Playing At: Texas Theatre.
As anyone whose heard themselves on an answering machine and thought, “Good lord, is that what I sound like?” can attest, there’s a self-consciousness that can creep in when one listens to his or her own voice. For some gay men, that anxiety is even more pronounced. Director David Thorpe interviews several gay celebrities and renowned linguists to try to understand why he and many others have a higher voice — and why some try to hide it.

The Devil's Backbone.
Director: Guillermo del Toro.
Writers: Guillermo del Toro, Antonio Trashorras, David Munoz.
Cast: Marisa Paredes, Eduardo Noriega, Federico Luppi, Fernando Tielve.
Playing At: Alamo Drafthouse.
Showings: Saturday, August 15.
It's not Halloween yet, but it’s never too early to enjoy the deep scares of Guillermo del Toro's masterpiece. Fernando Tielve plays Carlos, a new arrival at a Spanish orphanage who's haunted by visions of a deceased orphan. It's a chilling mystery and one of the best films of the 2000s.