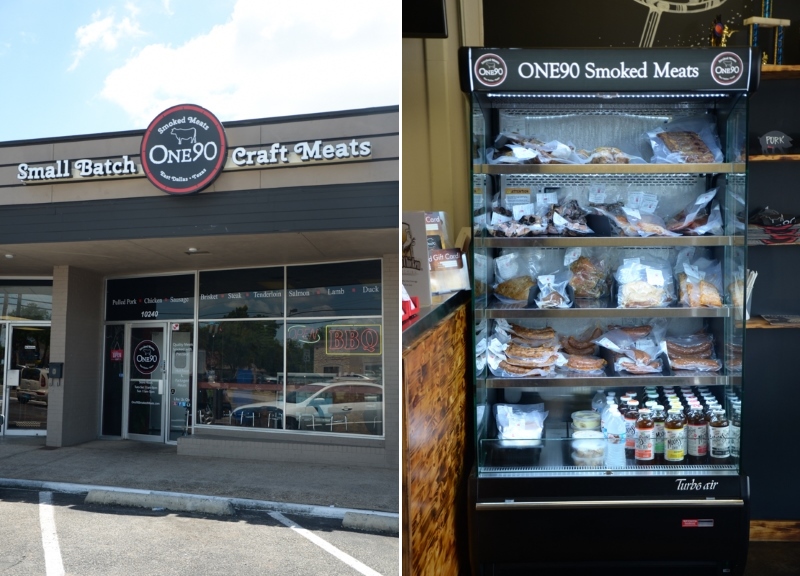 At One90 Smoked Meats, The Barbecue Game Is In The Bag.

This week, we chowed down on One90 Smoked Meats.

Overview.
One90 Smoked Meats is more than a traditional barbecue joint — they specialize in craft meats. Located on Northwest Highway, just across the street from Tony’s Pizza and Pasta, is where the little startup opened just last July. One90 is not a large place at all. The dining space consists of just a bar and six stools. But what the place lacks in size, it makes up for in taste and originality.

What sets One90 Smoked Meats apart from other barbecue joints is the menu and that it’s almost part deli. Aside from serving food in-house, One90 sells cooked and packaged meats that you can take home and prepare for lunch or dinner using their special heating instructions.

“We are not barbecue, we are a smoked meat company,” says Herman Guerra, co-owner and director of operations. “You can’t go in to your averaged barbecue shop and find smoked duck. You can’t find smoked salmon. You can’t find half of what we have on that list. And you definitely can’t find it cooked and packaged.”

Some History.
Co-owners Kyle St. Claire, Herman Guerra and Adam Weatherread strive to do something different in the barbecue world. The guys all went to Bryan Adams High School, and had always wanted to start a business together. They graduated in 2001 and went off to college. During law school, St. Claire started getting in to grilling, however, at the time he didn’t have room for it.

“One of the first things I bought when I got a house was a smoker,” St. Claire says.

In 2013, St. Claire moved back to Dallas and got a house big enough to start experimenting with smoking meats. It just so happened that Guerra lived right next door. It would be during this time living next to one another that the idea of One90 Smoked Meats would form. At first, the guys were just selling brisket and ribs to family and friends, but that, they say, quickly grew out of hand.

“We were like, ‘Wait, we either need to stop or find a place to do this,'” Guerra says.

The very next day, Guerra got in contact with a realtor and made plans to look at a space. They felt the first place they looked at was perfect and already had almost everything they needed. So, that location became the very first One90 Smoked Meats.

The Pitmaster and His ‘Cue.
Kyle St. Claire is the man behind the menu at One90 Smoked Meats.

This interest drove St. Claire to teach himself how to cook and smoke meat. It was during the time living next to Guerra that he perfected his smoking skills.

“If he hadn’t smoked it already, then he had a good idea of how to do it,” Guerra says.

The guys didn’t start out smoking bison and duck, at first it was just the basics. But over time they experimented with more exotic meats. The idea to vacuum seal their products came from necessity when they were working out of their homes. The guys had such a high volume of customers they had to find a way to preserve it. It was on a whim one day that St. Clair threw a sealed brisket in to a simmering pot of water to reheat it.

It turned out so good that it’s the method that One90 Smoked Meats has stuck with for reheating. The trick is to let the meat rest so all the juices and flavor are sealed in to the meat then the vacuum sealing traps all that in the package. Reheating in a simmering pot of water allows the meat to be heated indirectly keeping in all the juice and flavor, unlike a conventional oven that would dry out the product.

One90 smoked meats menu is extensive and along with packaged meats to prepare at home they have a large menu for dine-in or takeout. The barbeque purists can have a two meat plate of brisket and sausage with baked beans on the side. But those craving something a little more exotic are in the right place, because in addition to the two meat plate and brisket sandwiches, One90 offers a few things you can’t find at other barbecue joints. The chicken poblano is smoked chicken breast topped with poblano peppers and red onions, smothered in melted jack cheese and jalapeño ranch dressing on a ciabatta bun. Or the D.L.T.’s sliced smoked duck with green leaf lettuce and vine ripened tomatoes on thick slices of rustic toast served with their signature cherry jalapeno sauce. One90 also has tacos and salads for those looking way outside the barbecue box.

Amanda White is one of the family and helps run the day-to-day operations and all the sides are her family recipes.

“I started cooking as soon as my mother would let me in the kitchen,” she says. “What we do here is a passion for all of us.” 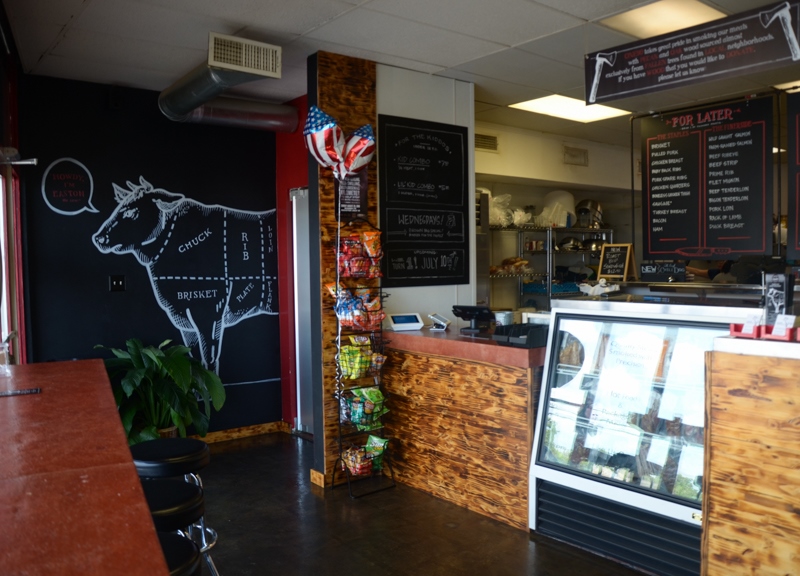 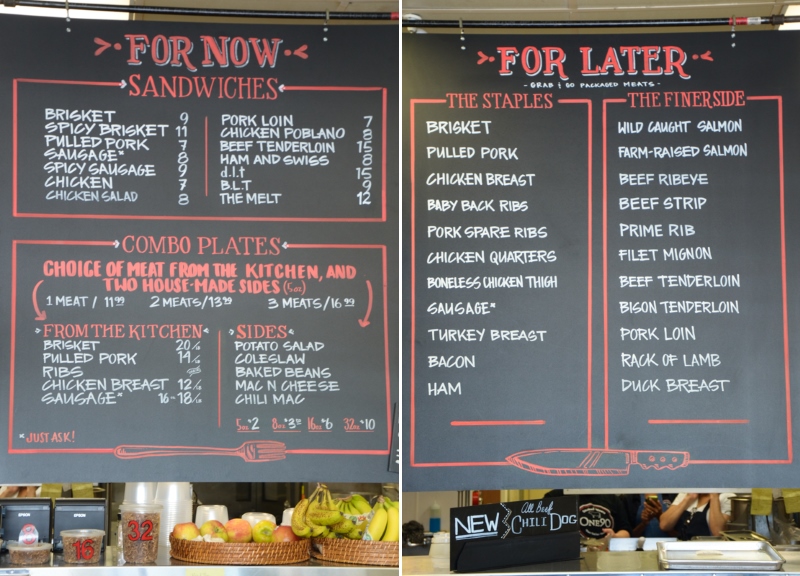 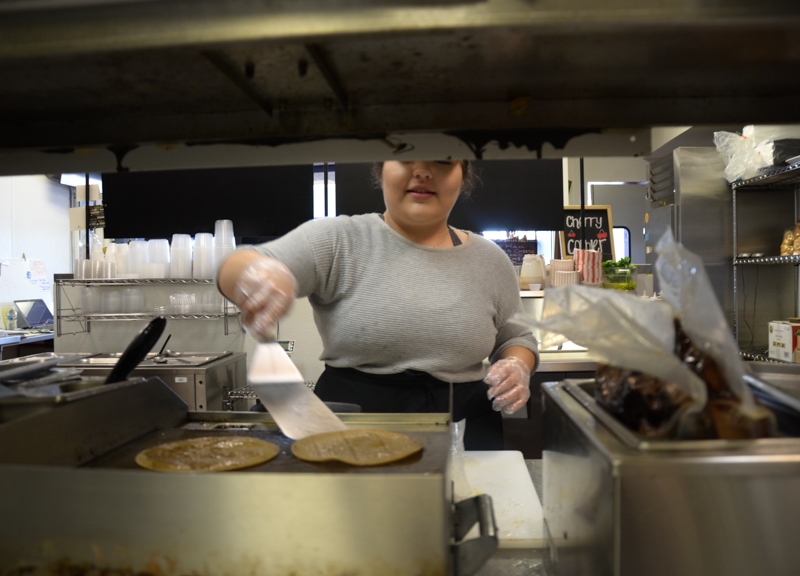 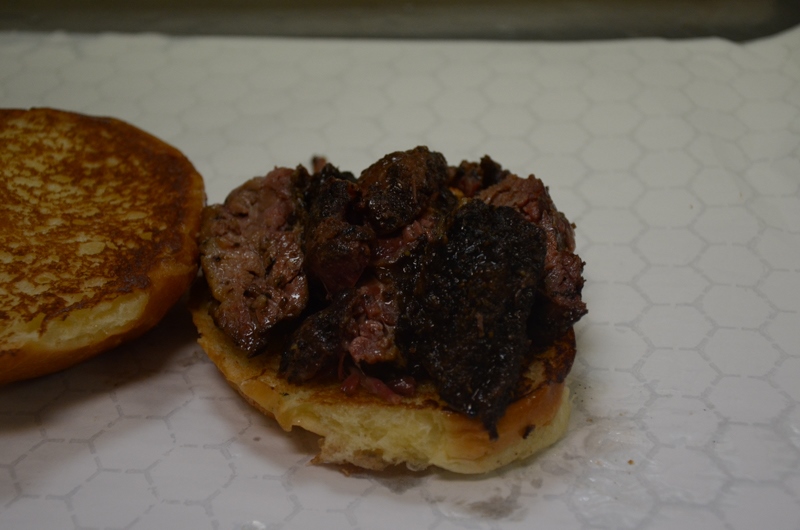 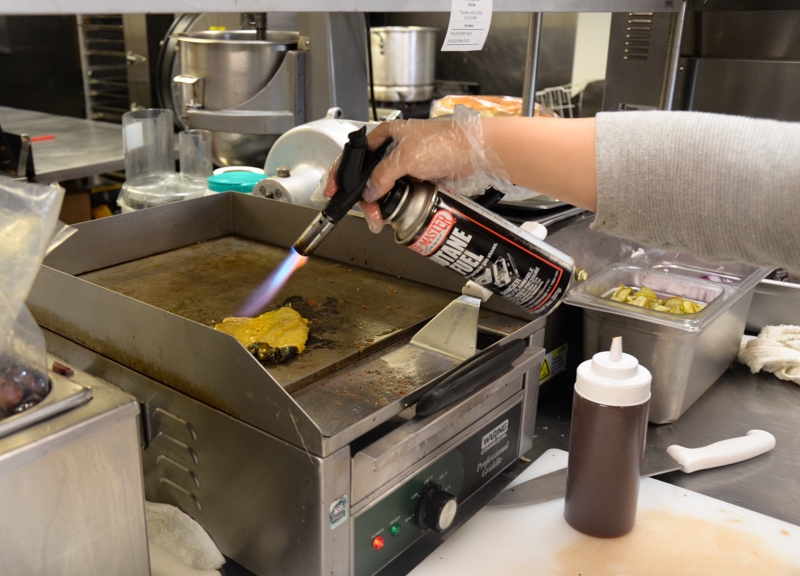 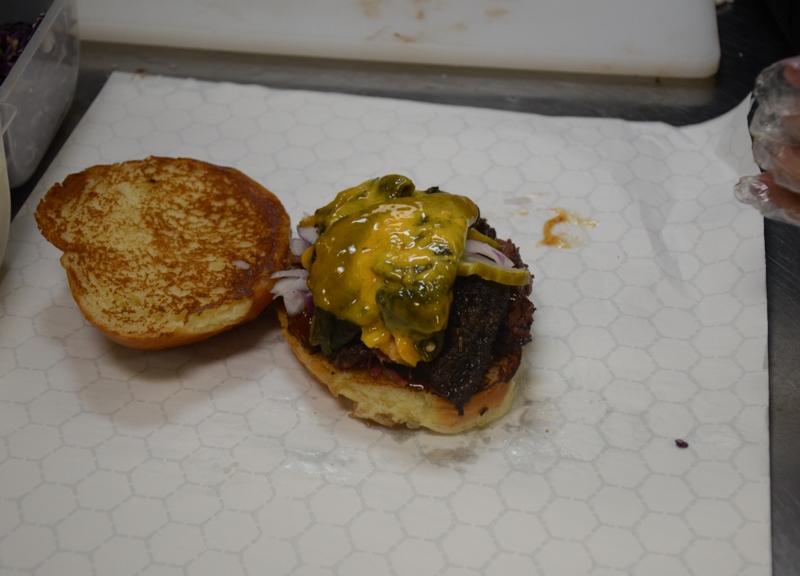 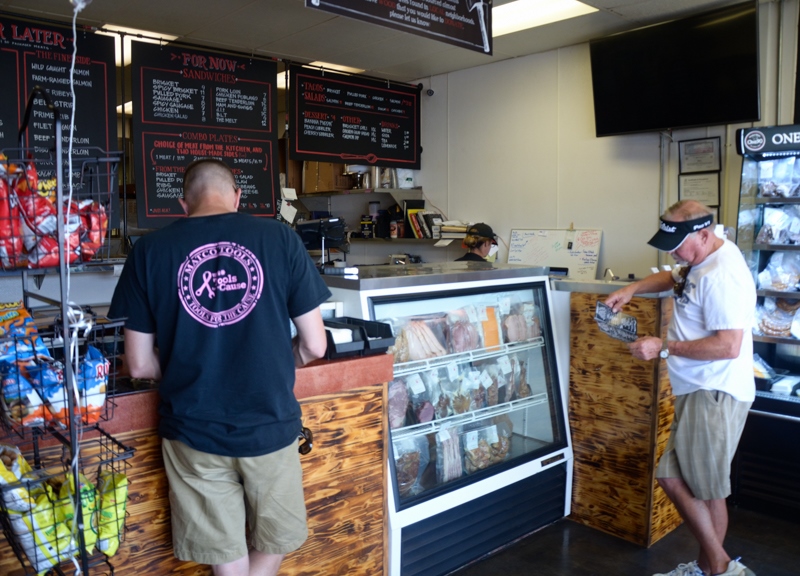 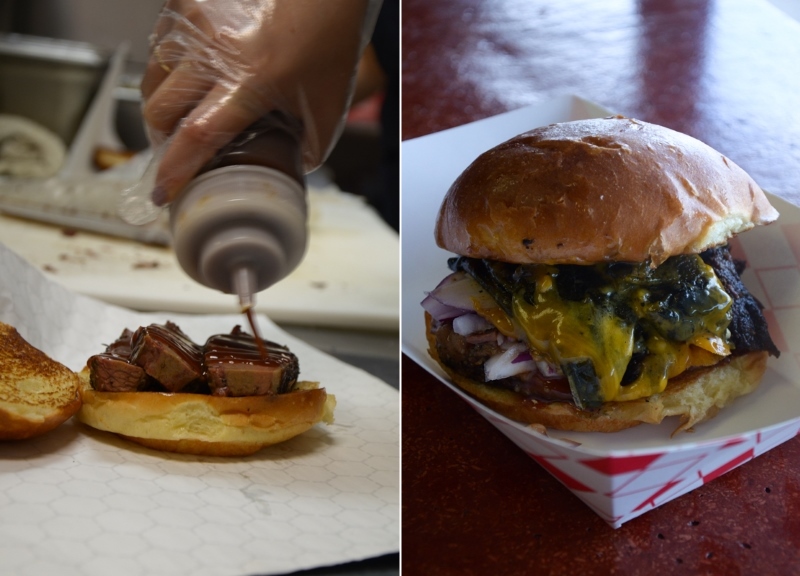 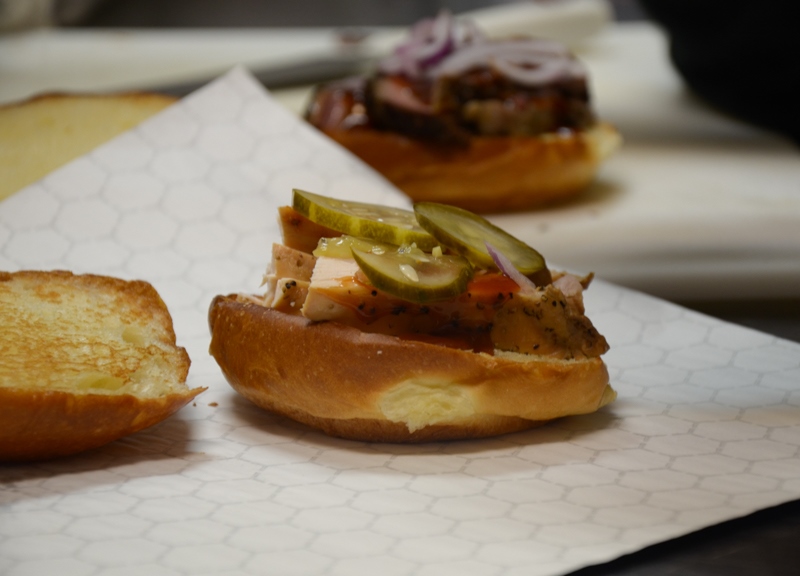 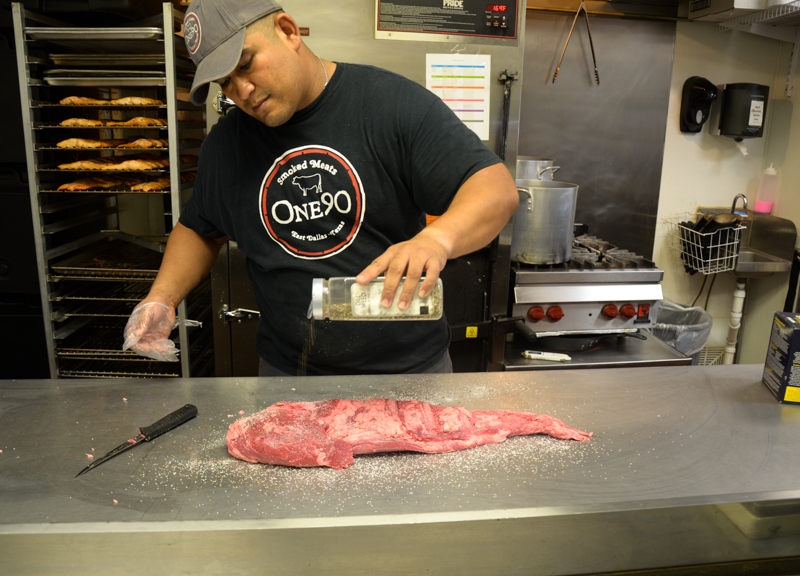 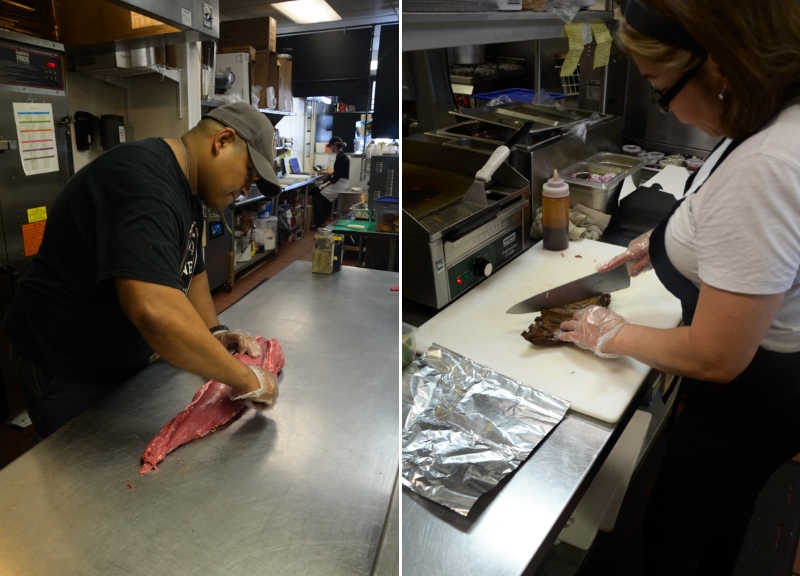 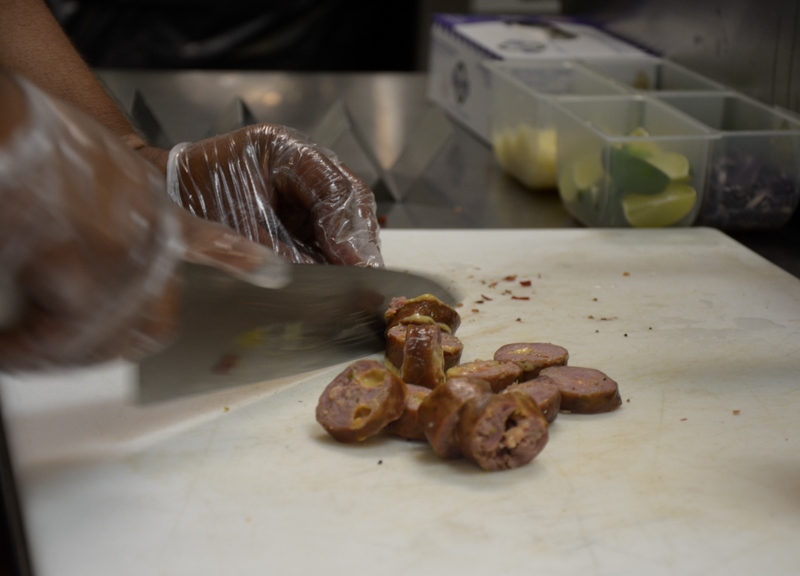 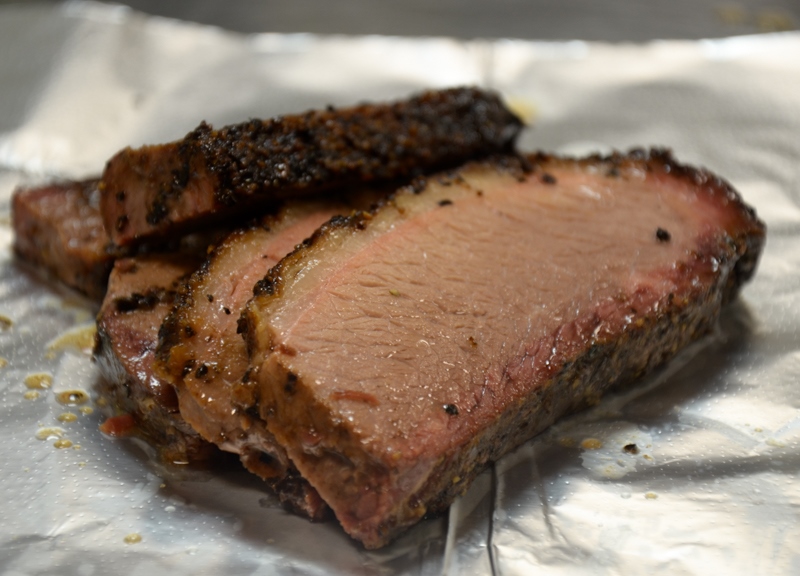