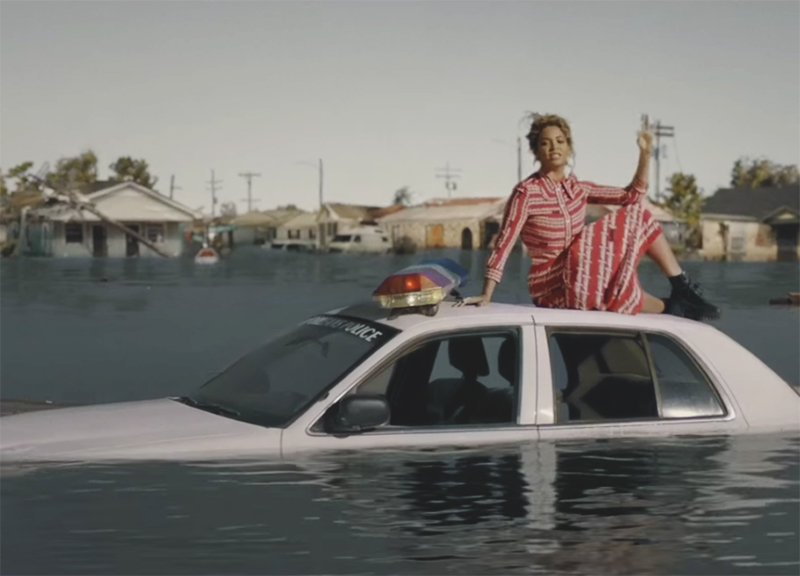 We Want To Put A Ring On It, Arlington Police Department.

It's not often we give credit to you Boys In Blue. More often than not these days, when we read stories in the news about police officers, it's because they've killed yet another unarmed black man. That's something that happened 102 times last year, by the way. Beyond disgusting, it's a disturbing miscarriage of justice that's made a growing number of communities feel distrustful of local law enforcement.

In 2013, when black teen Trayvon Martin was gunned down for being a black teen wearing a hoodie by Hispanic neighborhood watchman George Zimmerman — who was later acquitted for the murder — the Black Lives Matter was spawned. Recently the sentient behind that movement was brought back into the forefront when Beyonce dropped her surprise single “Formation” the night before she performed the song during halftime at this year's Super Bowl. As you no doubt recall, white people flipped the fuck out over it.

Seriously, it was nuts. And while that SNL clip was intended as satire, it hit the nail rather poignantly on the head. The first time the biggest pop star in the world released a song that “maybe wasn't for them,” white people just could not handle it.

But it was when Bey announced her Formation tour later that night that some white folks in power really started showing just how out of touch they truly are. A national law enforcement movement picked up, with cops threatening to refuse to provide security at Beyonce's sold-out shows across the country. This motion first picked up steam when the Miami chapter of the Fraternal Order of Police voted to deny security services at her April 26 show at Marlins Stadium. In an open letter, the Miami PD backed up its decision by saying the following: “The fact that Beyonce used this year's Super Bowl to divide Americans by promoting the Black Panthers and her antipolice message shows how she does not support law enforcement.”

Meanwhile, a racist sheriff in Tennessee took things a step further, claiming Beyonce's halftime performance was directly responsible for the deaths of several police officers. Never mind the fact that seven of the eight police officer deaths so far in the U.S. in 2016 came at the hands of angry, white, garbage humans.

It would have been so easy for you guys at the Arlington Police Department to stand with your brothers. Hell, it would have been even easier for you to simply not say or do anything, to avoid controversy altogether. But instead — and this is where you deserve some real props this week — you not only decided that your officers would provide security when Beyonce performs at the AT&T Death Star on May 9, but you issued your own open letter. In it, not only did you guys not resort to the same baseless rhetoric that most parties employ in such times of controversy, but you brought a measured and thoughtful tone to your response.

Here's the part we really liked: “While we do not condone any celebrity contributing in any way to any type of perceived anti-police movement, we also have the realistic expectation that a diminished police presence at an event of this magnitude would only contribute to the diminished safety of the event attendees. When we sign up to work an event, we are there working for the overall safety of the event and the patrons NOT the celebrity. Simply put a formal boycott of working a concert would have zero effect on the concert giver, and more of an effect on the citizens in attendance, citizens that we have taken an oath to protect, regardless of whatever personal beliefs they may or may not have towards us.”

Hey, way to make those Miami coppers look like the real asshats they are, APD!

We don't always find ourselves in a position where we'll go out of our way to back the blue — but for once, Arlington PD, you've got us feeling crazy in love with you guys.

Keep running the 817,
Cory Graves and the rest of the Central Track staff