The 50 Best Barbecue Spots In Dallas. 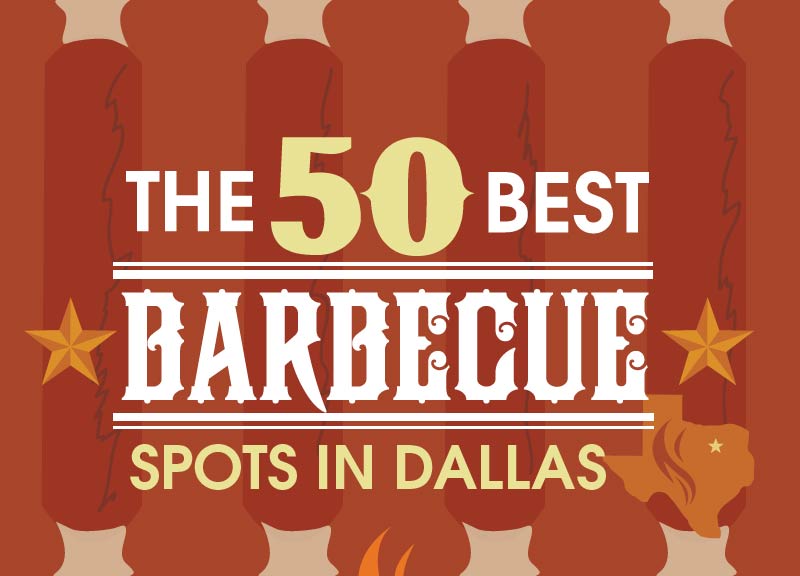 Yeah, We Got Beef.

HEY, EVERYONE. READ THIS FIRST. IT'S IMPORTANT. OK, do I have your attention? Good. I want to make something clear up front because, last time we did something like this, there was some confusion. Now, here it is: This isn't really our list.

Yeah, we're publishing it, but our opinion isn't factored in here. Like, not at all. Instead, we compiled 13 different lists that took a look at the best barbecue spots in Dallas, weighted those lists and compiled them into the master list that you're about to scroll down and see. (For a list of our sources used, just keep on scrolling down.)

One thing that we realized in compiling this information is that, not at all surprisingly, North Texans simply adore barbecue. It's pretty crazy, actually, the increased fetishization of barbecue that this region has seen of late. We're an area obsessed. And we've got the cred to back up our ridiculous focus in this realm of the food world, too: In addition to copious festivals that get thrown to celebrate this food, we're also home to arguably the world's foremost expert on the topic. So, clearly, there's some substance behind our affection. This isn't just some fling. And, with the high number of quality of barbecue joints that we've got around these parts, it really shouldn't be, should it? Nope, not from where we're sitting, covered in sauce and meat juice.

All graphics and calculations by Patricia Gonzalez. 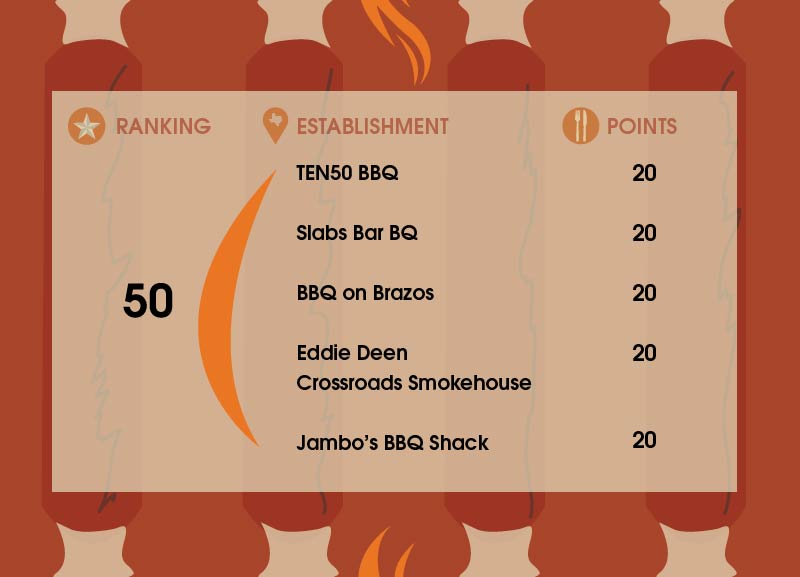 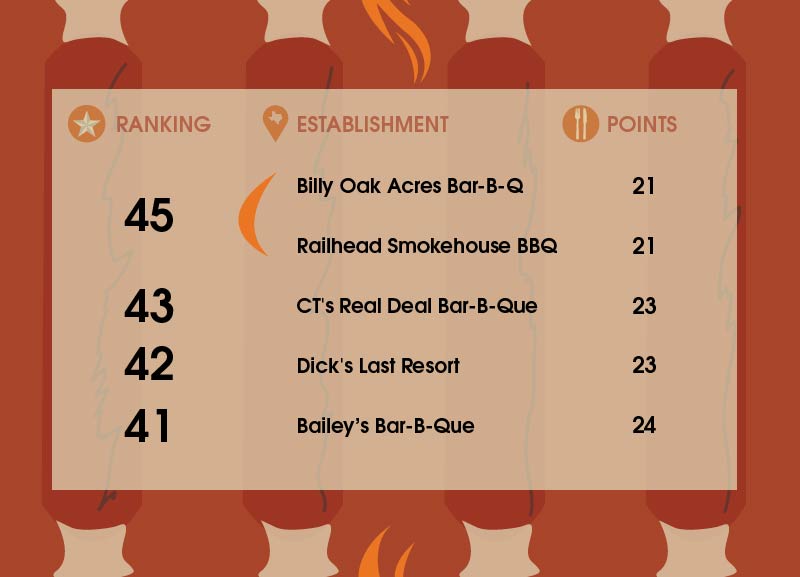 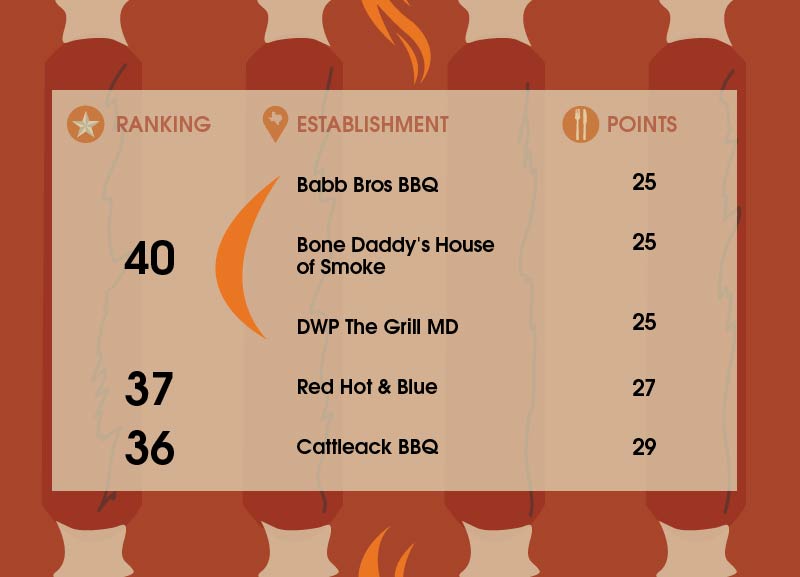 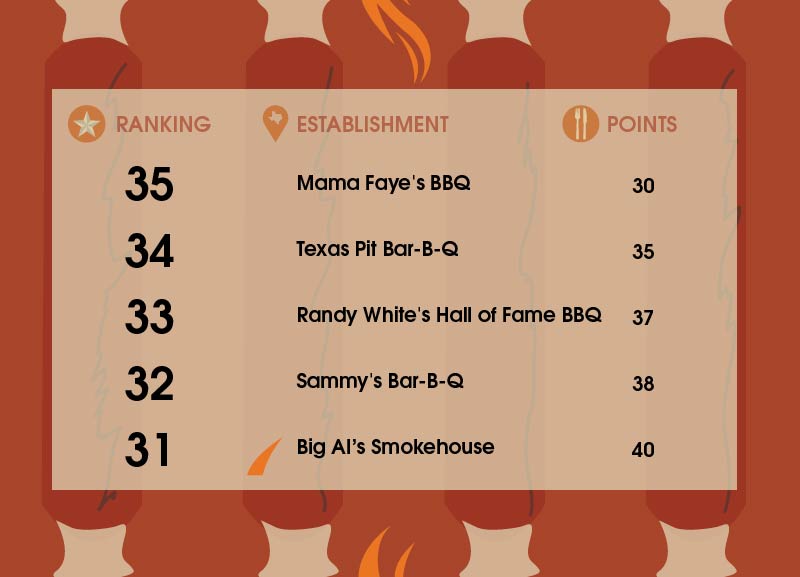 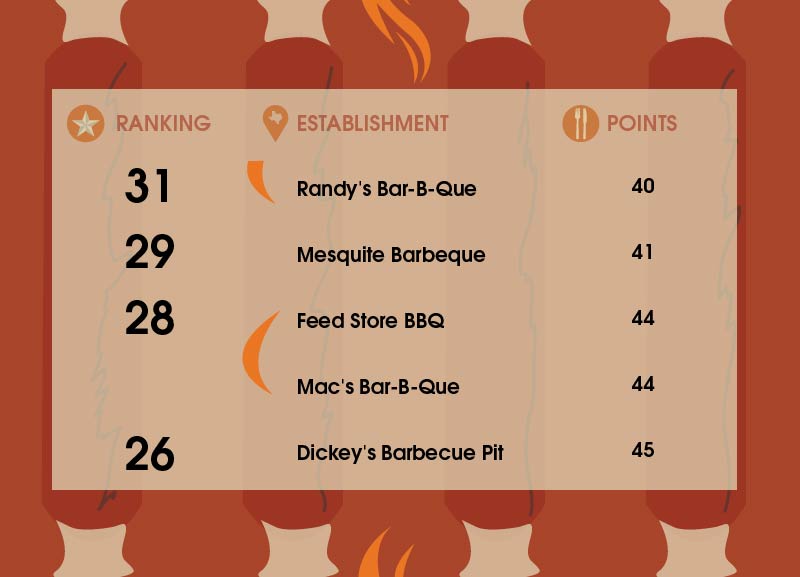 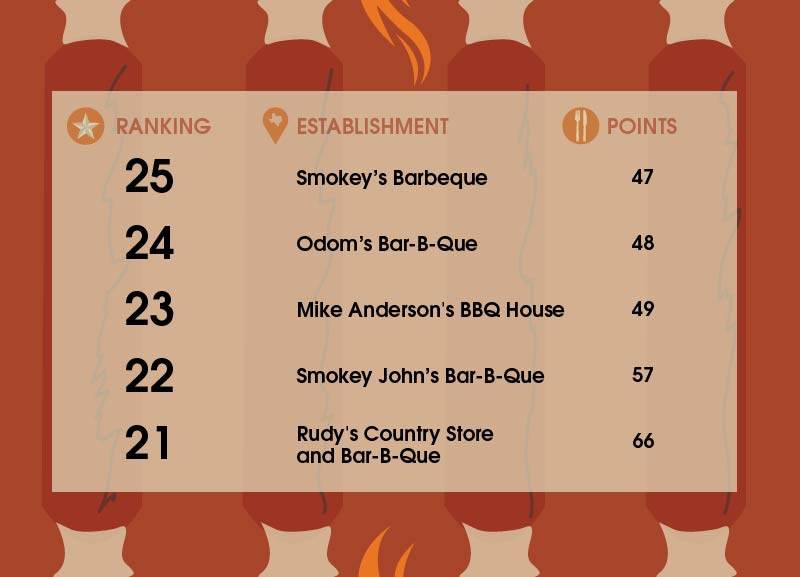 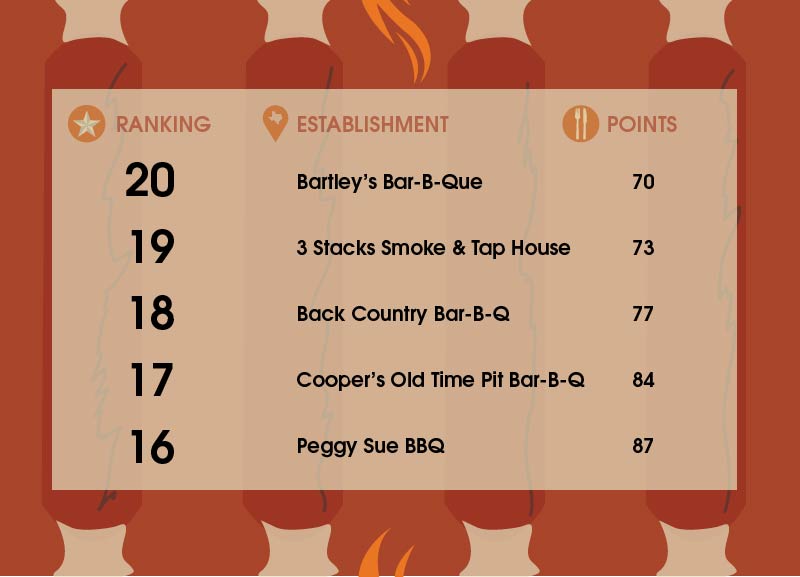 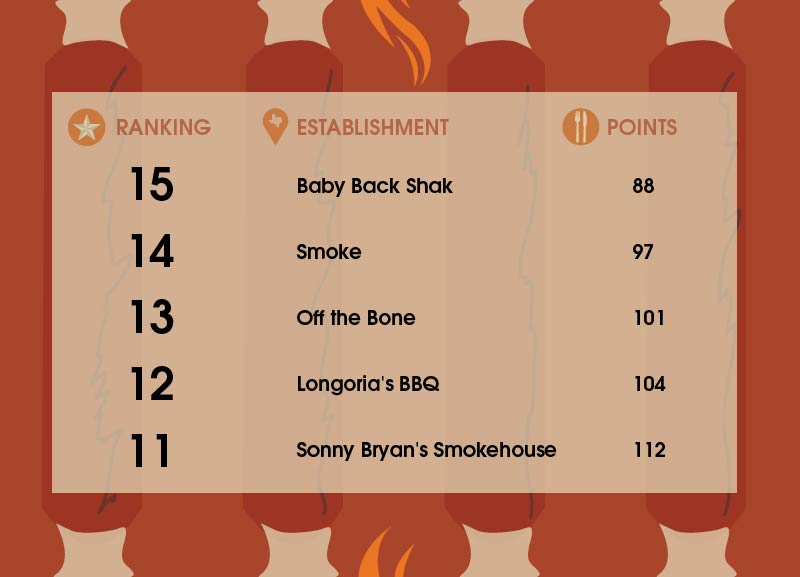 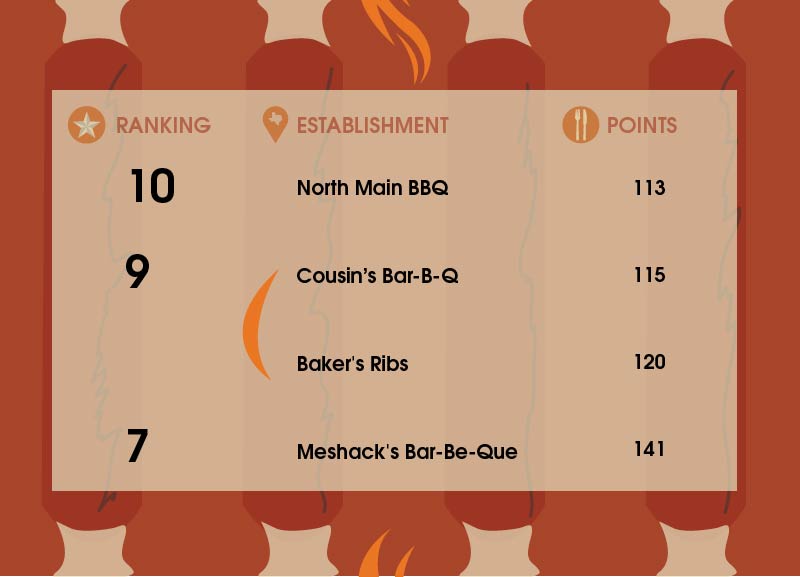 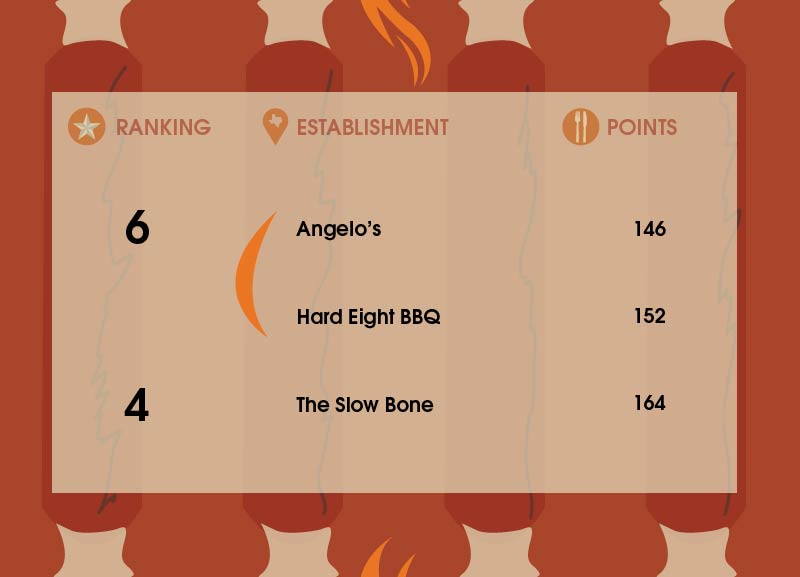 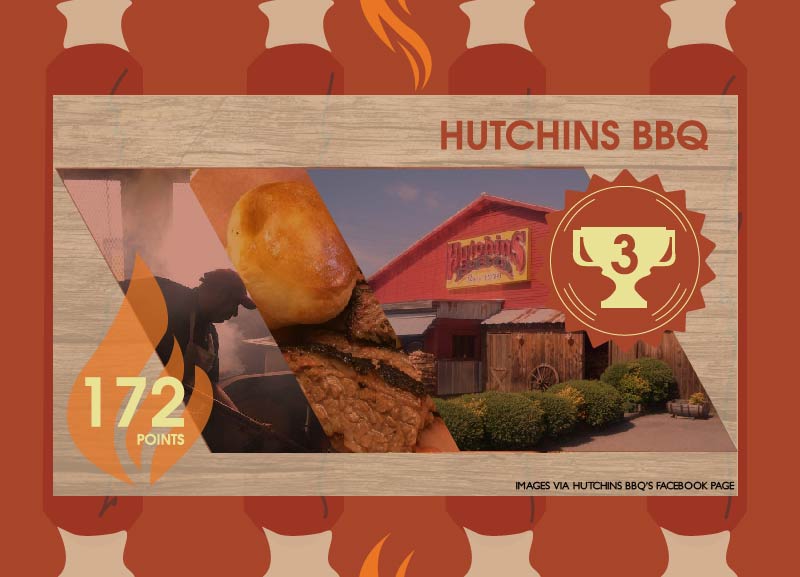 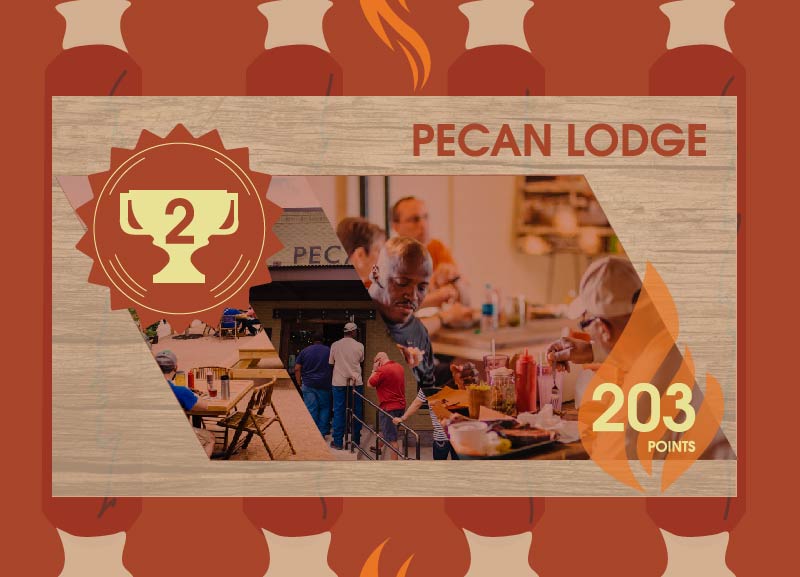 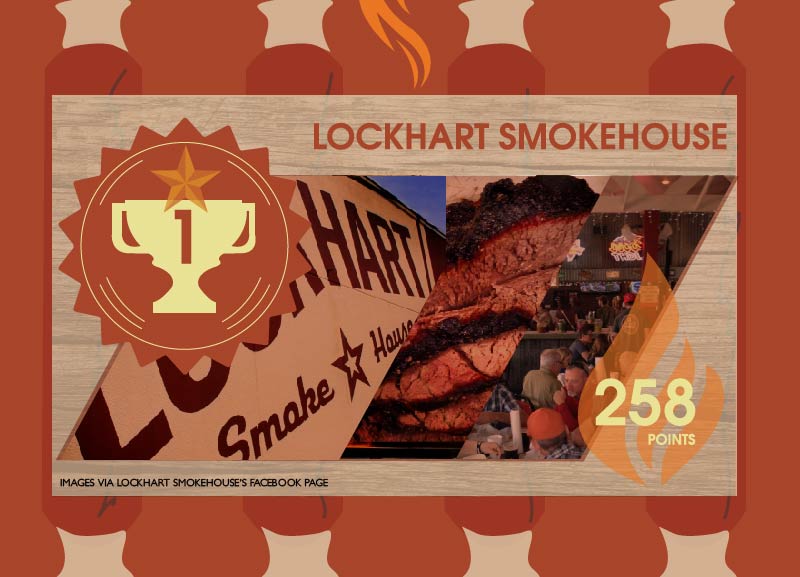 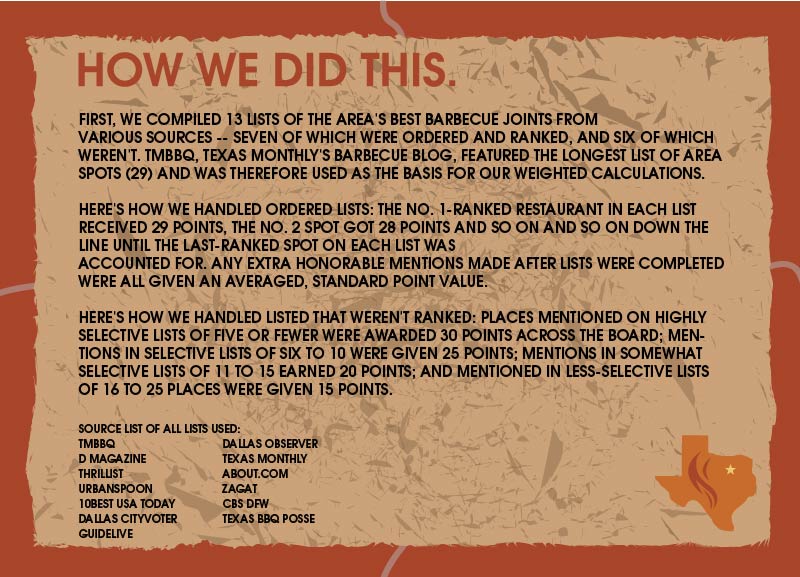