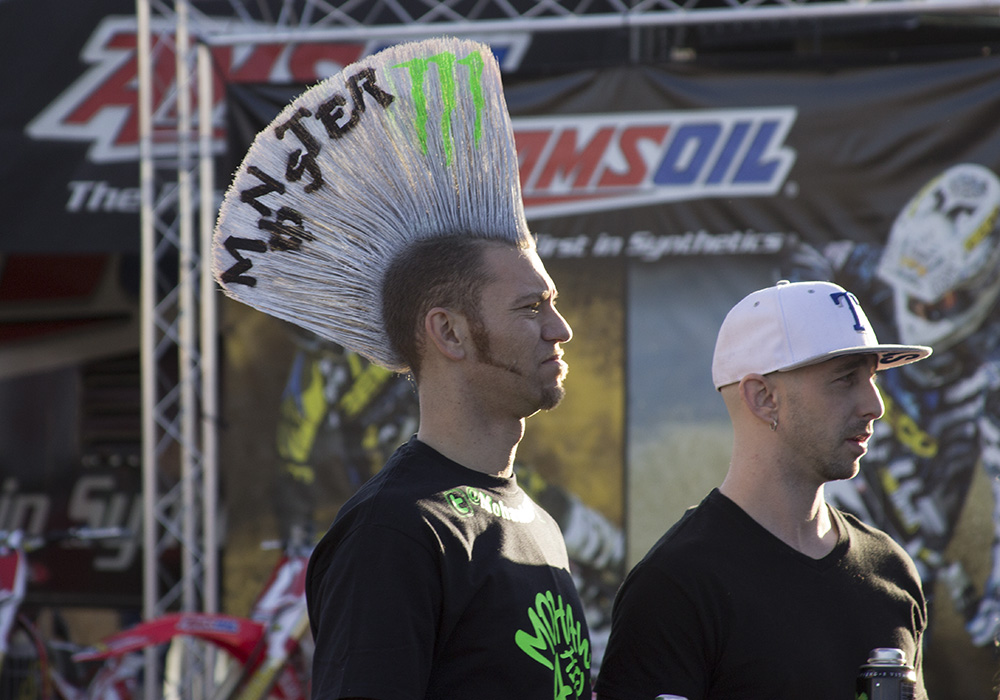 Per annual tradition, the AMA Supercross Championship left the West Coast for Dallas this weekend to host round seven of their 17-round, Monster Energy-sponsored series at Cowboys Stadium.

In case you're not a dirt bike junkie, that basically means this: The top supercross riders in the world were in Arlington on Saturday, flashing their skills on a custom-built dirt track and right next to some killer pyrotechnics.

But there was more to this bash than just racing. Hell, the races didn't even start until 7 p.m.

Supercross, really, is a whole day event. Around lunchtime, they start their “Party in the Pits” as racers practice inside the stadium. Access to this was free to anyone who had a ticket to the race and a Monster Energy can to flash at the security guards, and there was plenty to do once you got inside. There were games to entertain the kids, Monster Energy ladies to check out, and, of course, glimpses for everyone of the riders, their crew and their families.

The races themselves kicked off with “The Star-Spangled Banner,” which was followed by a showy display of laser lights and pyrotechnics as a host introduced all the riders. There were two categories of races based on whether a rider's bike ran on 250cc or 450cc. Then there were two heats for each category, which served to determine who got to compete in the main event races. There was also a last-chance qualifier race for riders who didn't at first qualify to sneak back into the final race.

Most of the night's drama came courtesy of 250cc rider Zach Bell, who got ejected off of his bike in the middle of his heat race only to come back and ride himself into main event qualification in the last-chance race not long after crashing.

Also of note: After a 5 year hiatus, the KTM Junior race was back and it was all kinds of adorable. Kids between the ages of 7 and 8 raced KTM 50cc bikes on the same track as the pros. Given that they rarely get air on their jumps and barely make it over the finish line jump at all, it's an extremely entertaining watch. They fall over, dust themselves off and get back up, unfazed, for pretty much all three of their laps. One gutsy young 'un named Matt LeBlanc won that race by a pretty large margin. (I was rooting for the only girl taking part in the races, the courageous Laney Cox.)

The win was Villopoto's third win in the 2013 Supercross season. Interestingly, though, he remains third in the overall standings this year. In those standings, Millsaps sits in first and Dungey in second.

It was a long day, to be sure. But it was an entertaining one, too, filled with plenty of action throughout. 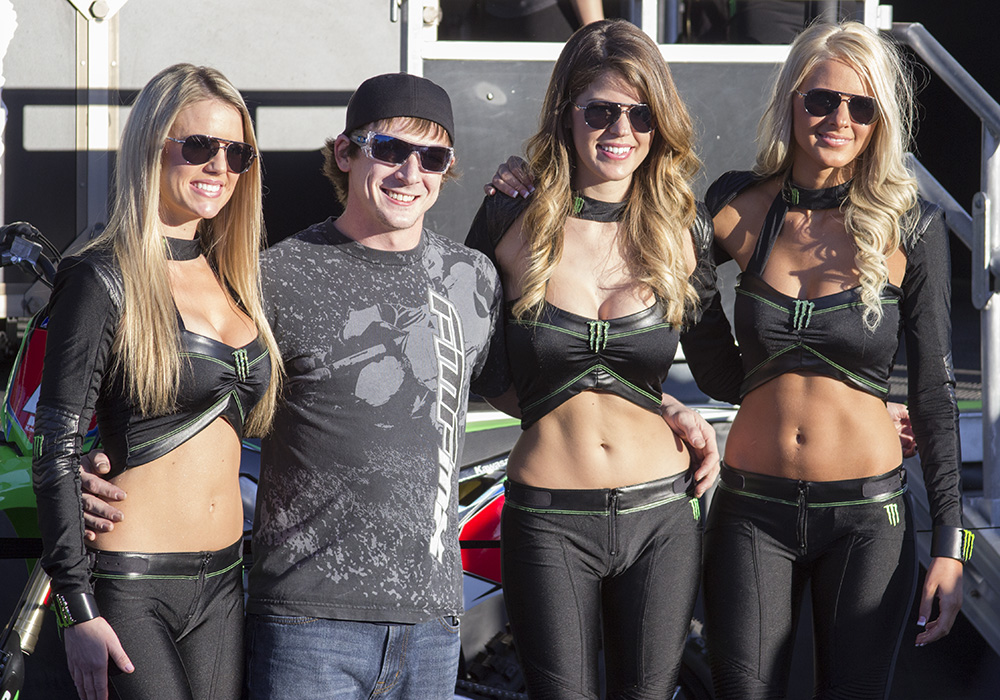 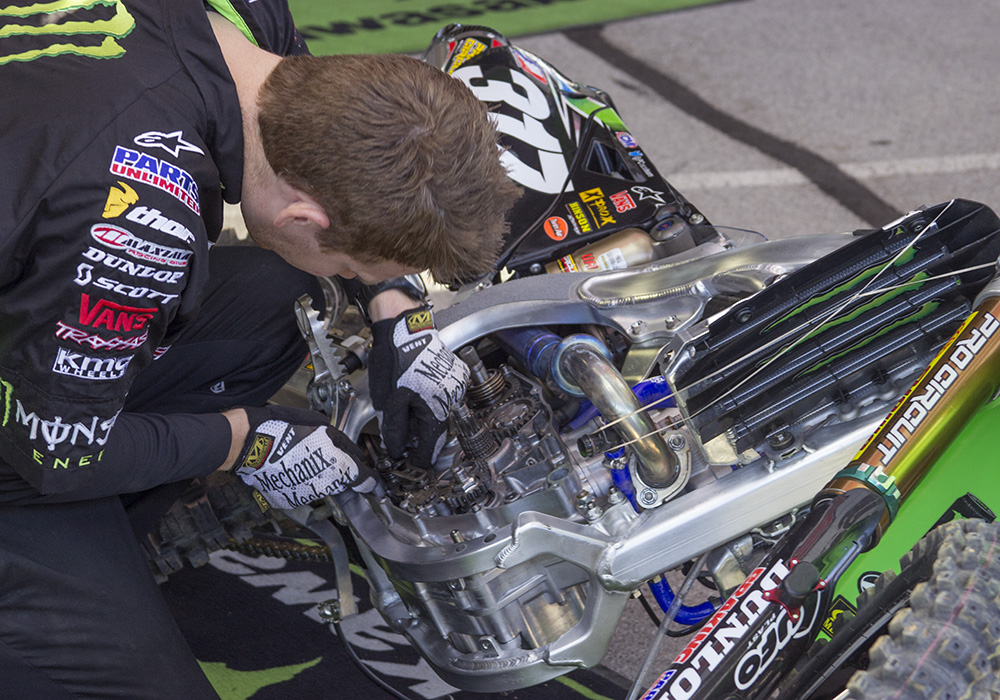 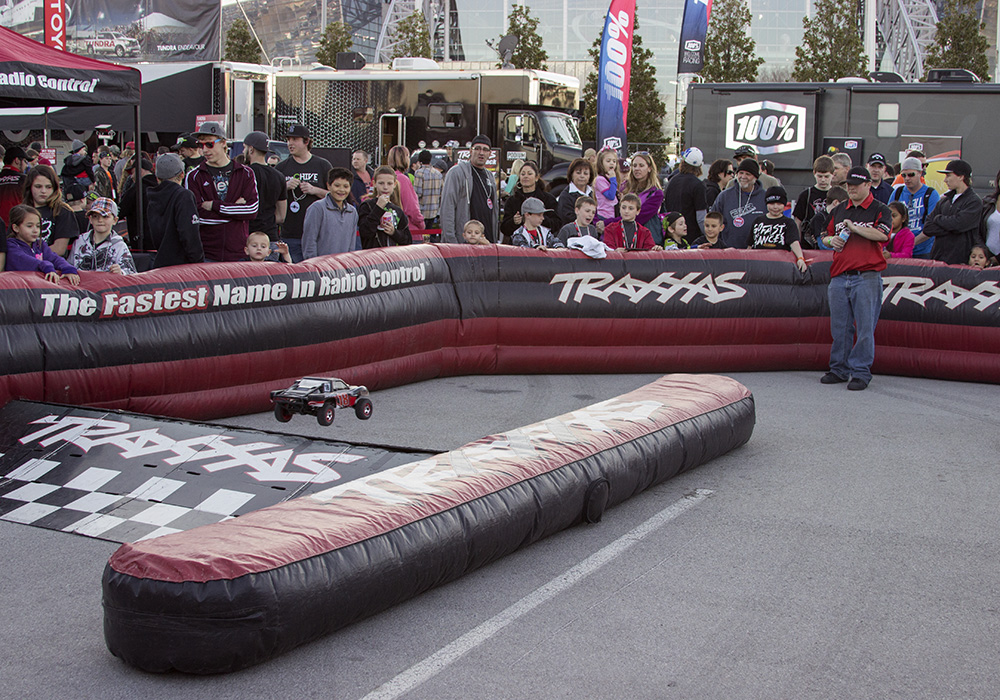 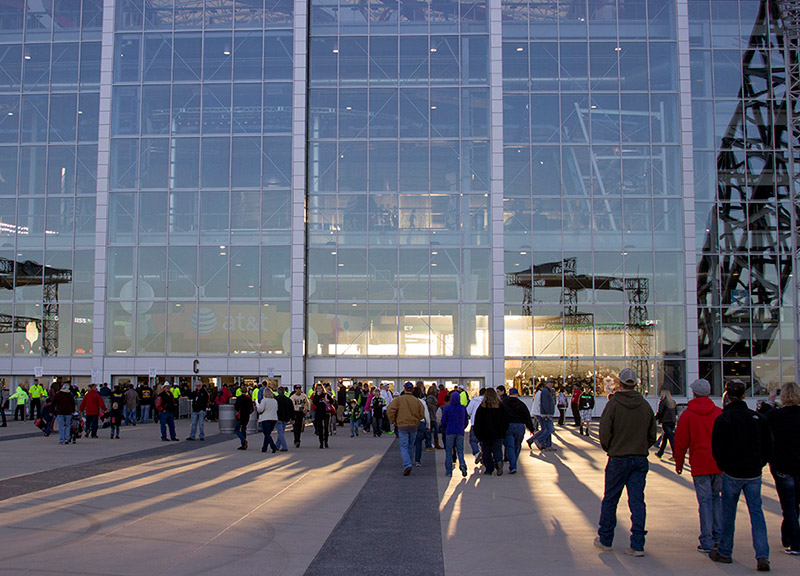 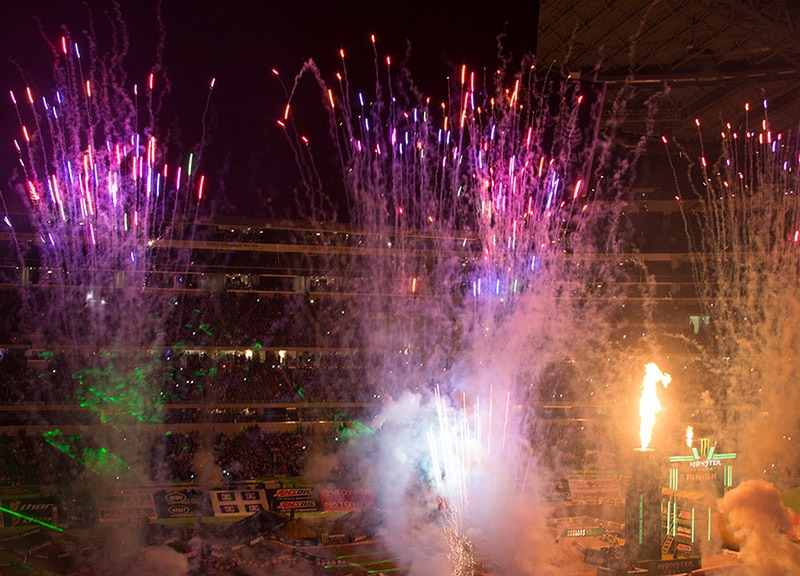 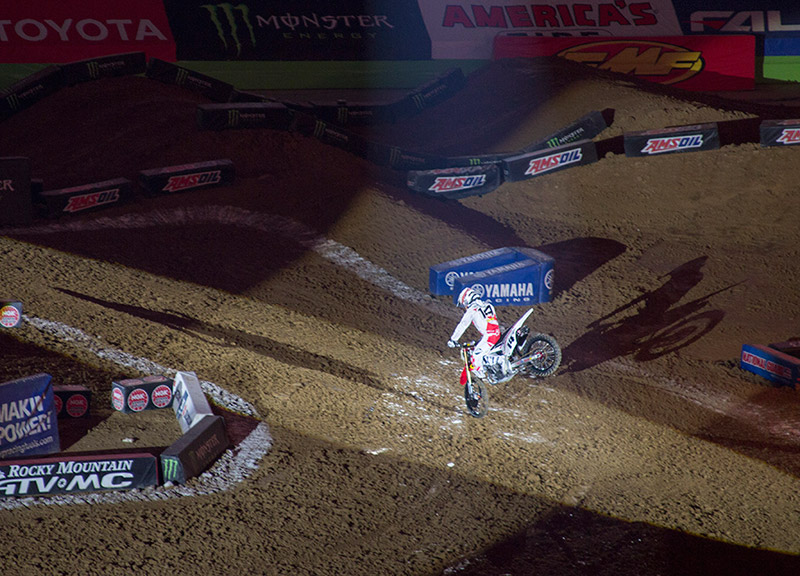 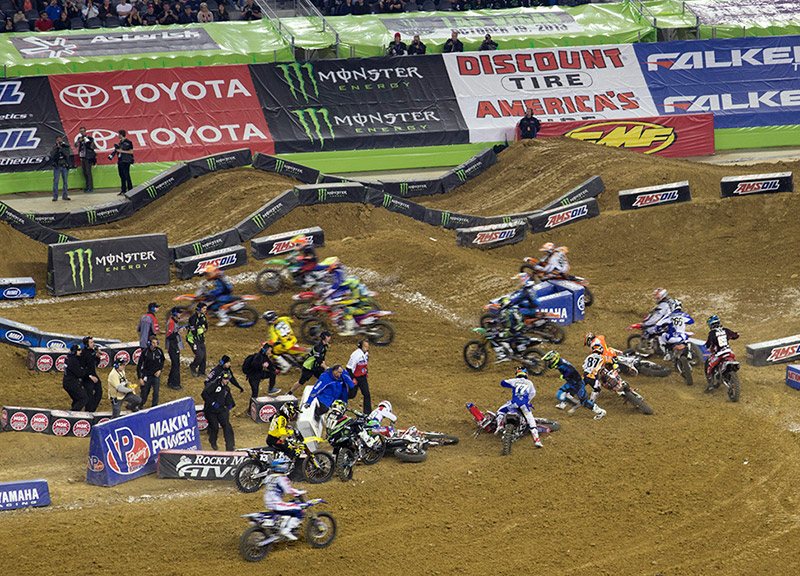 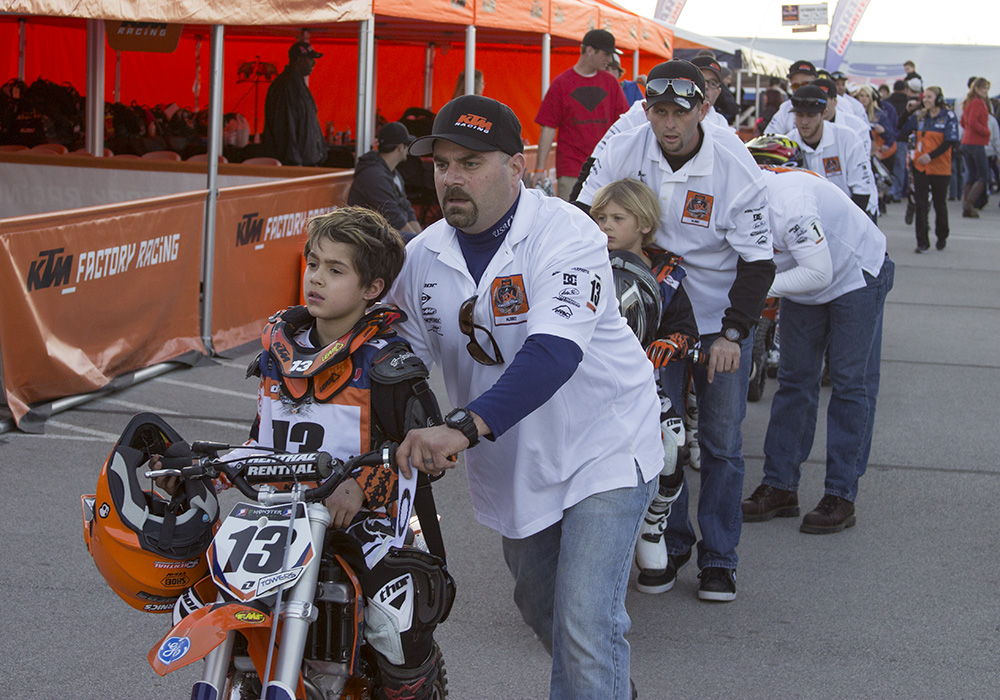 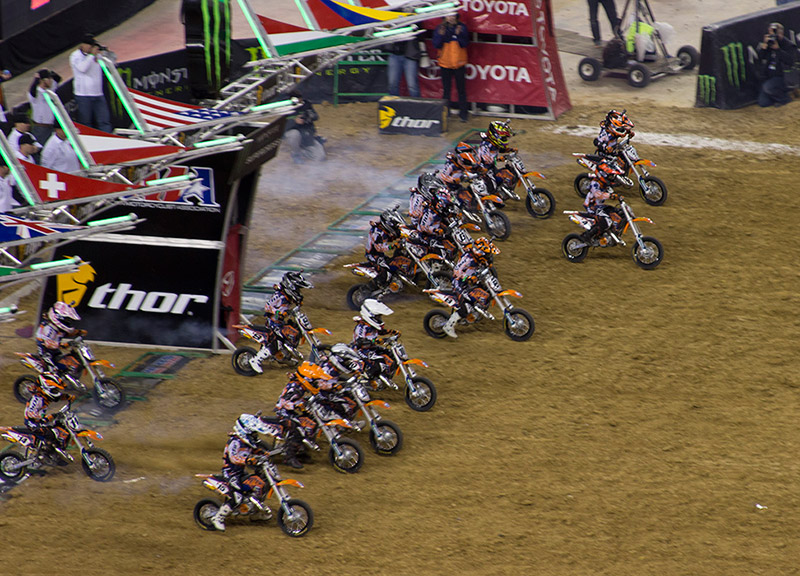 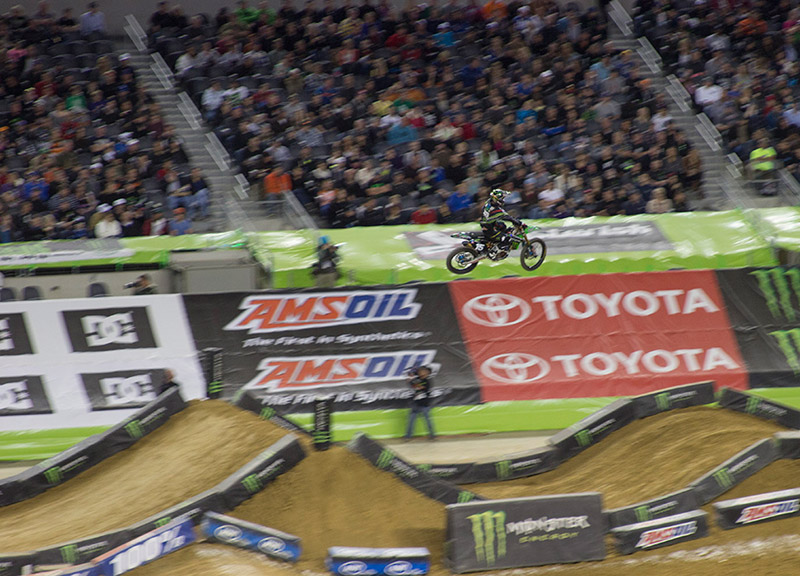 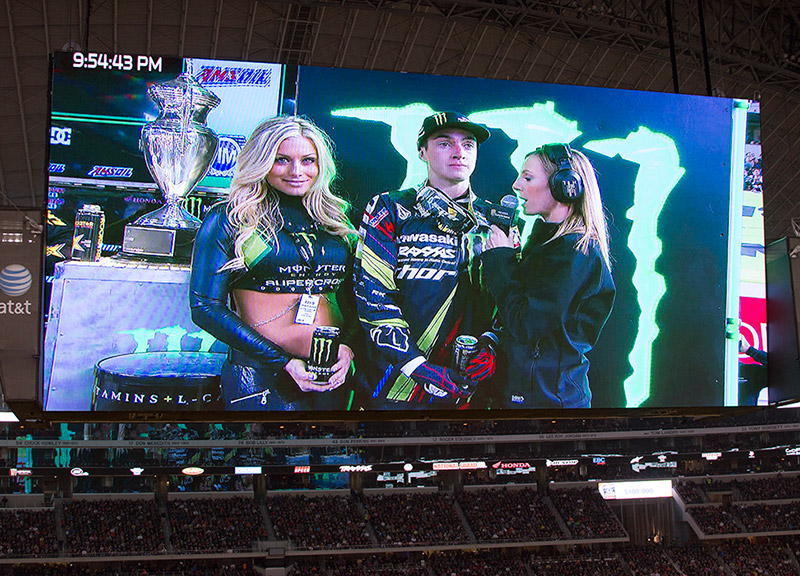 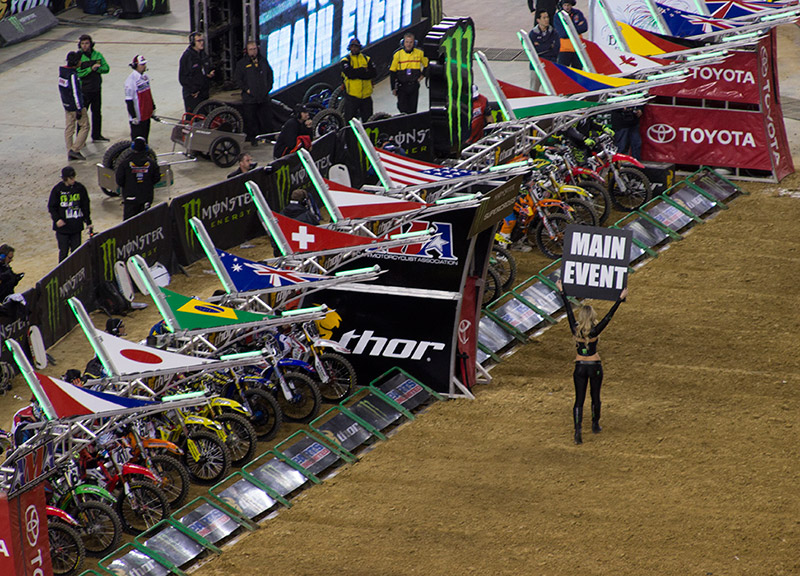 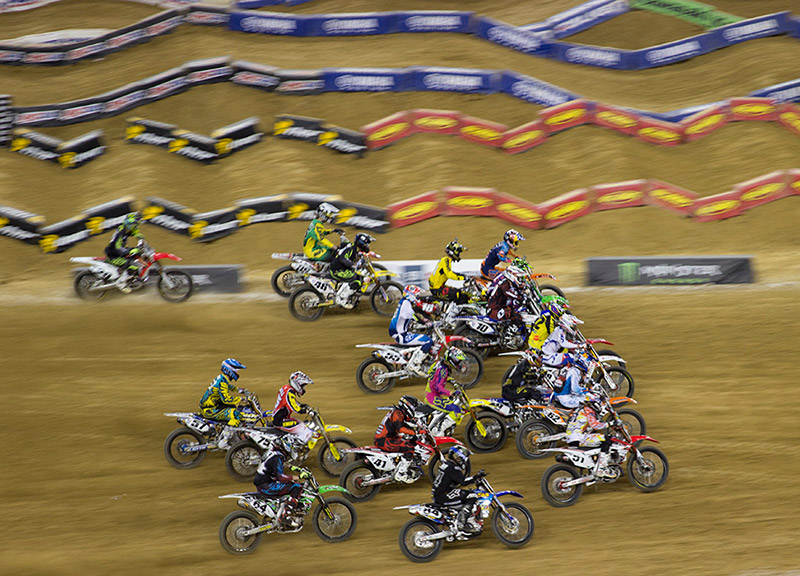 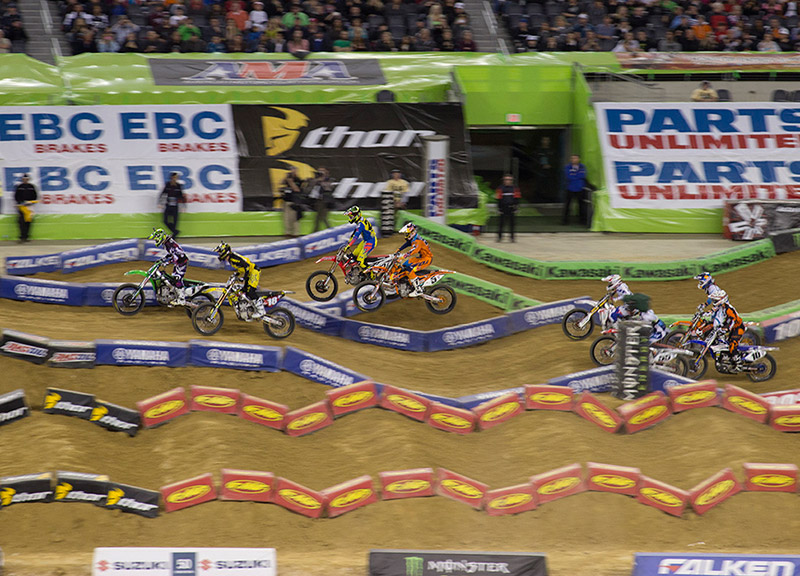 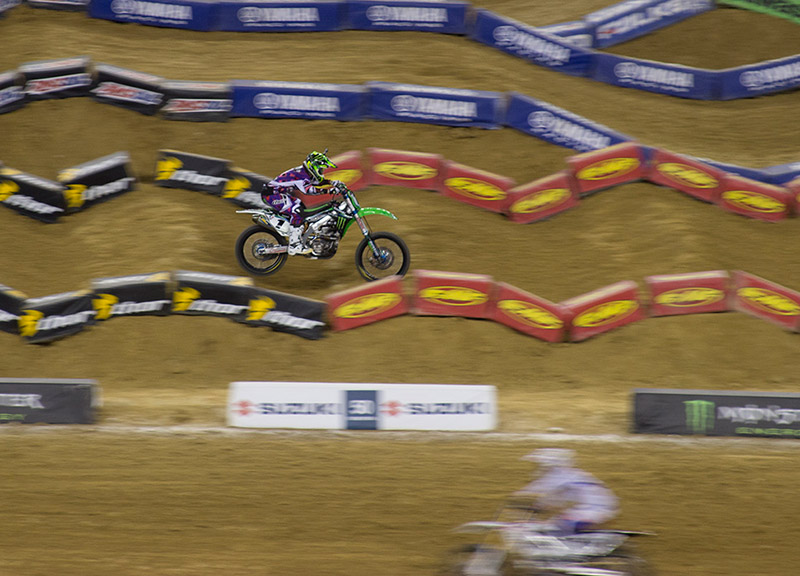 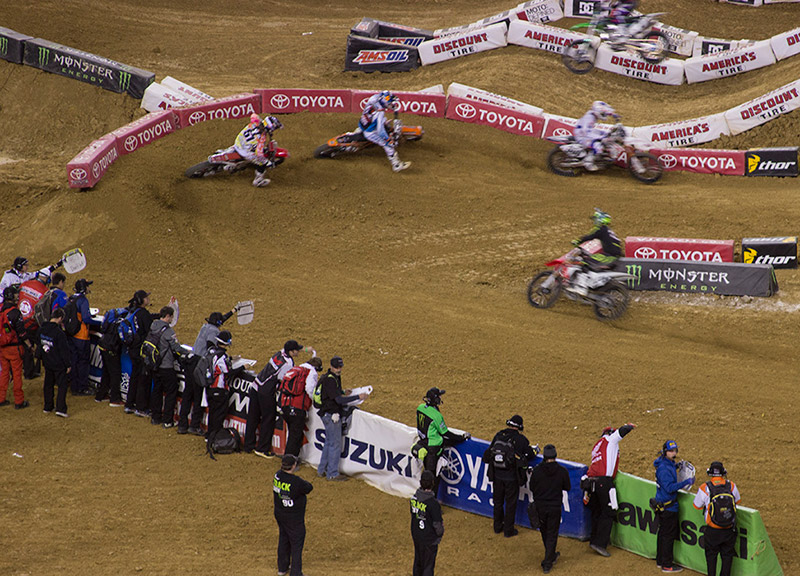 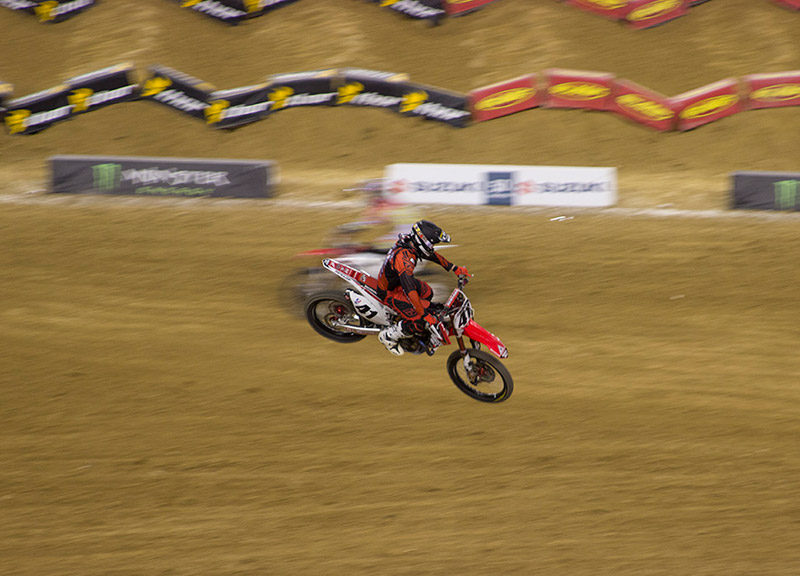 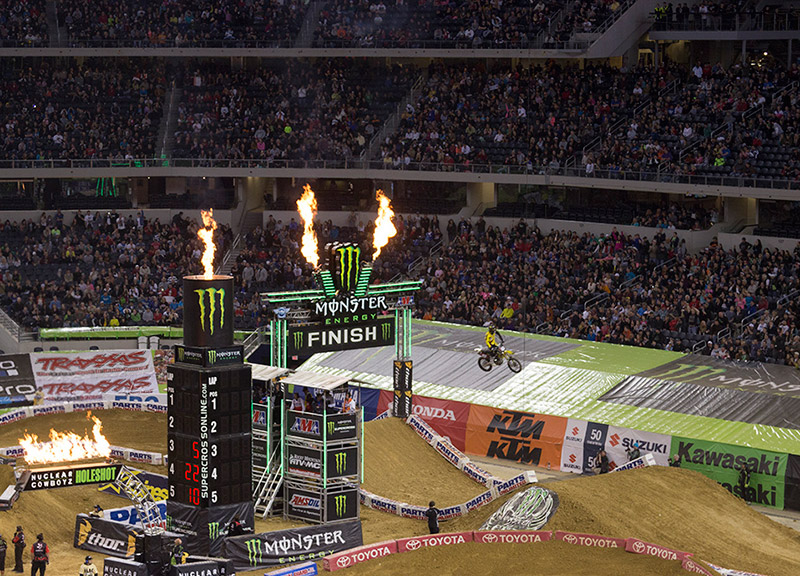