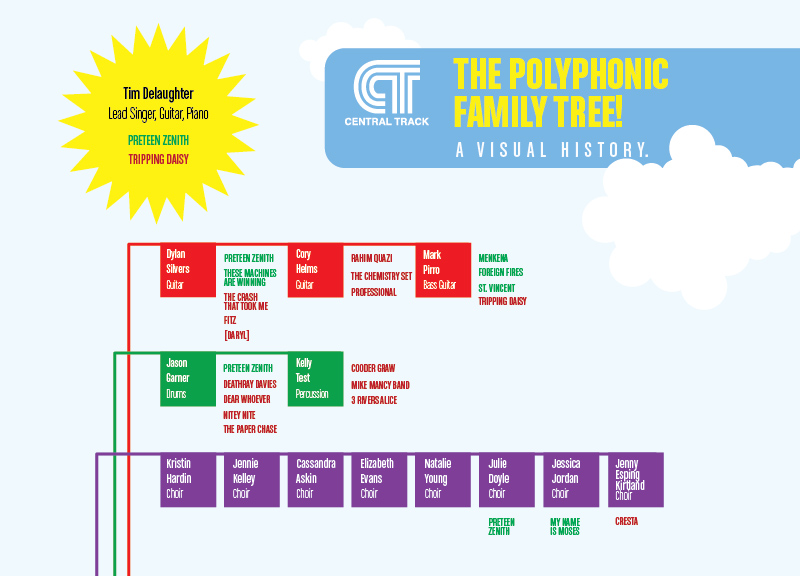 Early on this site’s history we quipped that joining the Polyphonic Spree was one of the 100 things that every Dallasite must do before they die.

It’s an obvious joke, sure, but there really are a lot of people with direct connections to the band. At any given time, up to 25 members of the Spree can be found onstage at once, playing everything from Theremin to classical harp.

From the time Tim DeLaughter and his wife Julie agreed to assemble a band in order to open a Grandaddy/Bright Eyes bill at Gypsy Tea Room in July of 2000, the perpetually plus-sized outfit has seen nearly 80 members pass through their ranks. In their nearly 13-year history under the Polyphonic Spree banner, the DeLaughters have recruited North Texans from all walks of life to join their burgeoning army. Some, like Man or Astro-man?’s Brian Teasley were already seasoned vets by the time they joined the Spree. Others were markedly greener. Choir member Cassandra Askin, for instance, had the good fortune of being Tim and Julie’s niece.

No matter their origins, many of the band’s members have also segued their experience with the Polyphonic Spree into successful stints with other bands, too. In fact, 150 bands have at one time or another shared a member with the Polyphonic Spree — and that’s not including Spree members who may have made guest appearances on other people’s albums.

With a family tree so large, it’s no wonder that the band has had such a long-lasting footprint in the North Texas music scene. In fact, it’s almost not even an argument at this point: In the past decade, no other band has affected the area’s music scene more than the Spree.

Now as the band is putting the finishing touches on its fifth studio album and readying its first live album — both of which are scheduled for release in the first half of this year — we’re beginning to realize that there is far more truth to our prior wisecrack than we initially thought.

To that end, we’ve done our best to trace the Polyphonic Spree’s dozens of current and former members, as well as the hoard of projects they’ve been involved with over the years. The results have been compiled into the infographic you’ll find below below.

With the Spree having recently raised over $136,000.00 via Kickstarter to prepare their new releases and ready themselves for what say will be an “extensive” tour, the band might even more relevant than ever these days. And since they don’t appear to be going anywhere anytime soon, it might be a good idea to pull that dusty old clarinet out of the closet and start brushing up on your chops.

In all seriousness: You never know when Tim DeLaughter may come calling. 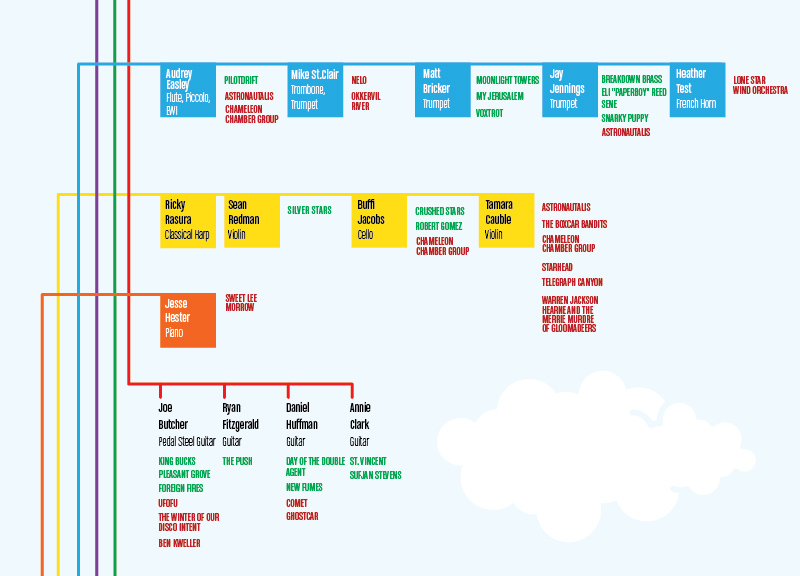 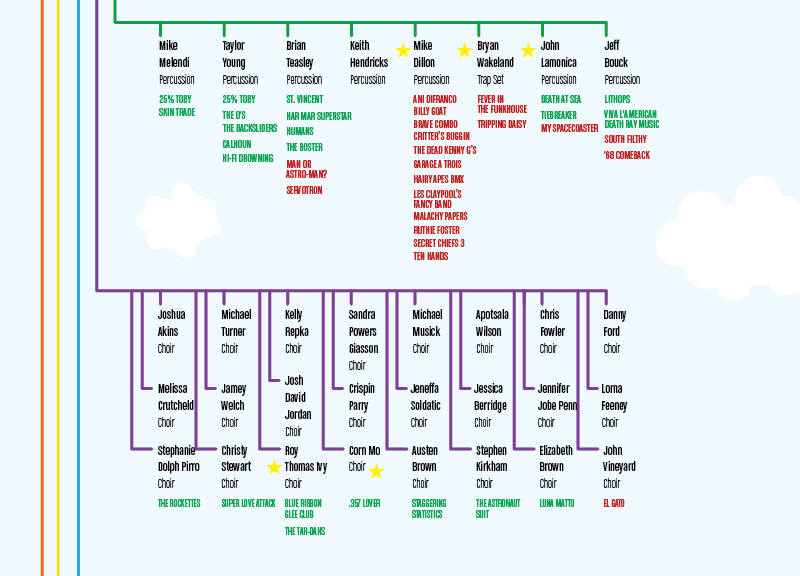 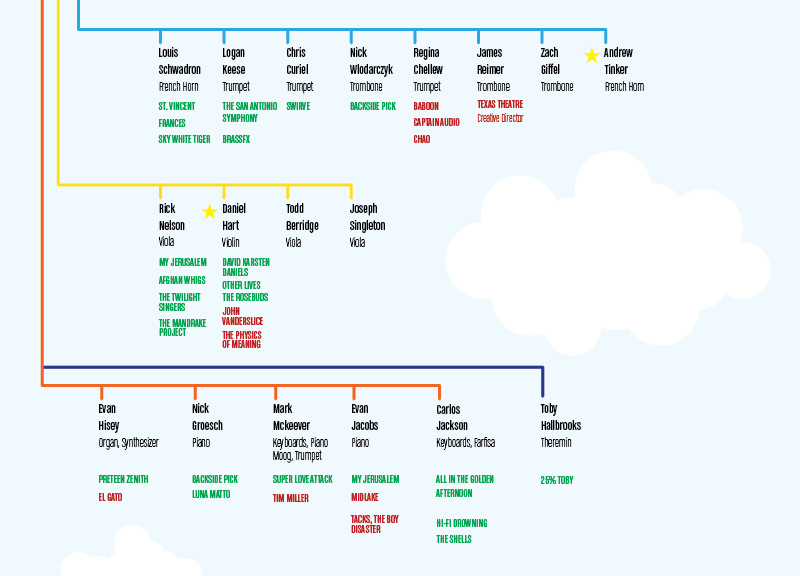 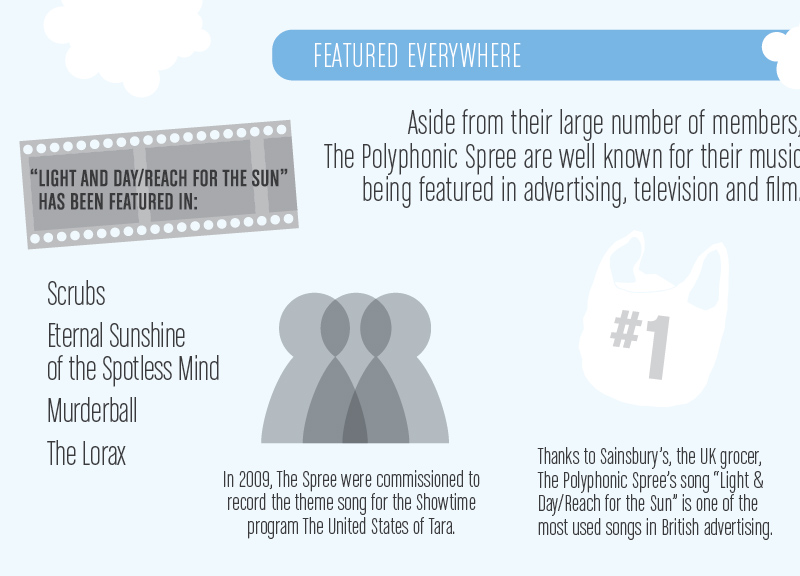 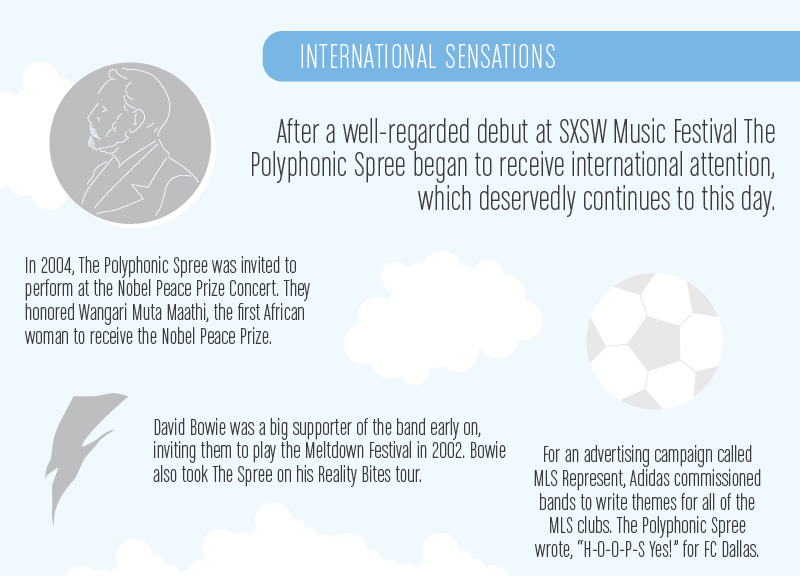