[Photos] In & Out Of Costume: Dallas Haunted House Employees. 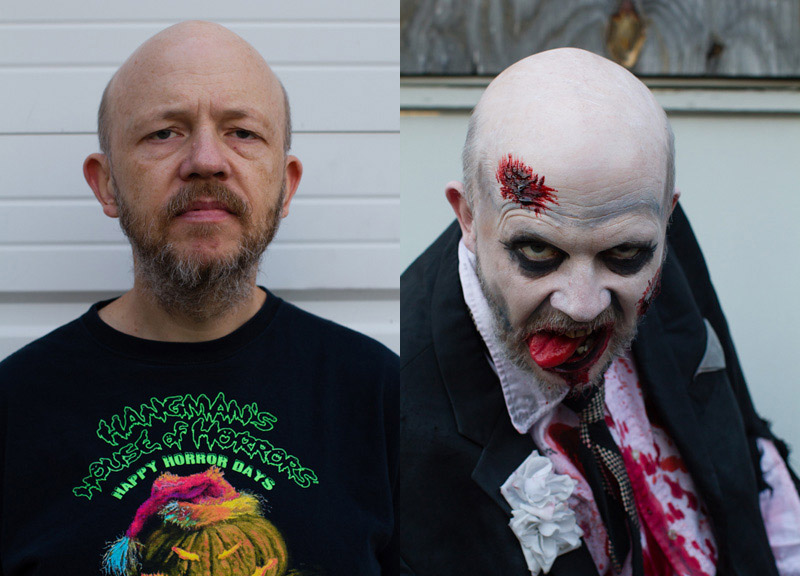 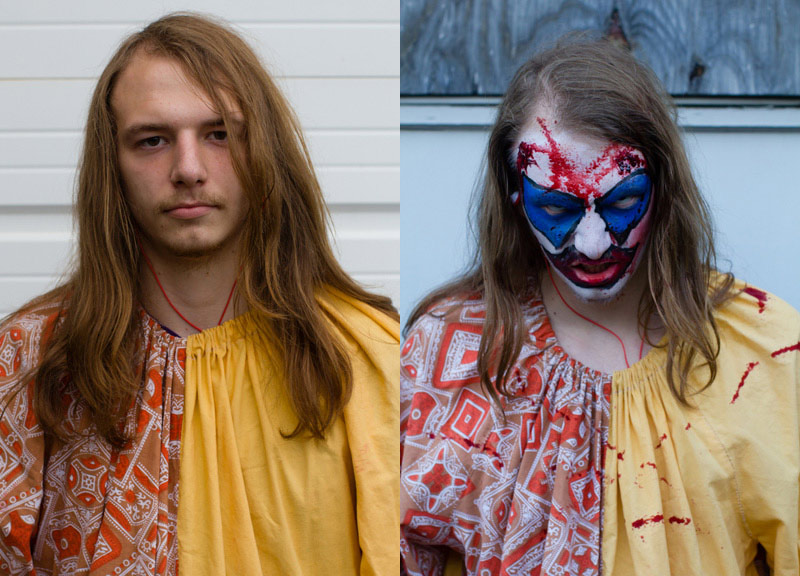 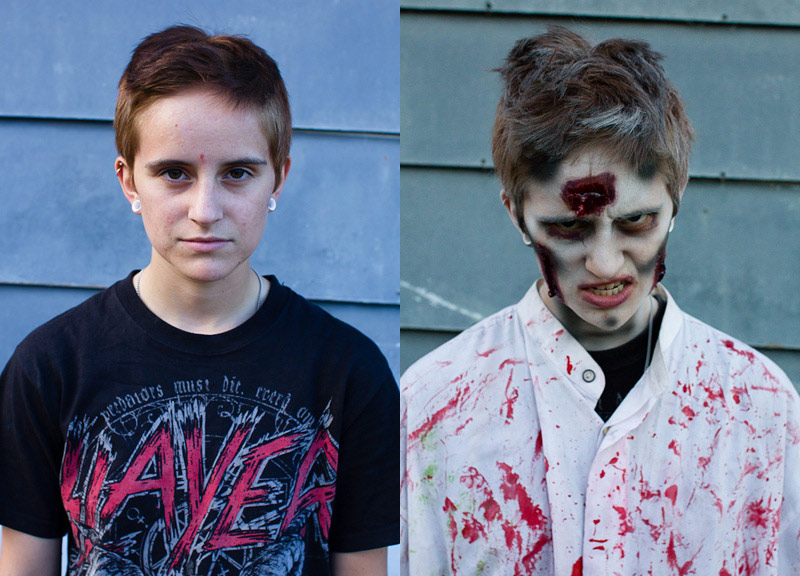 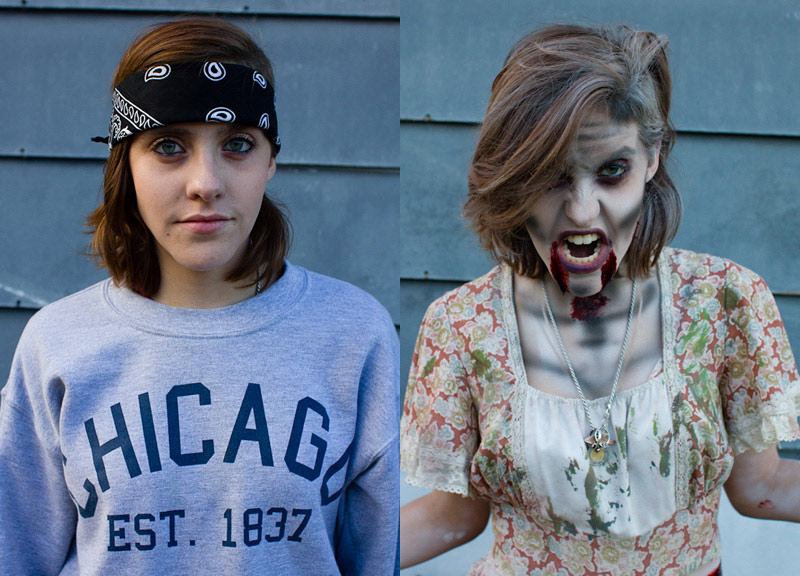 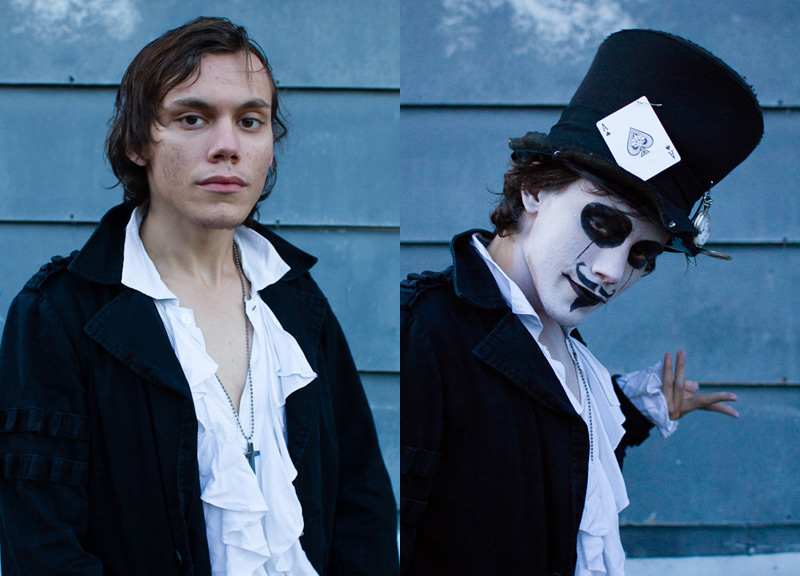 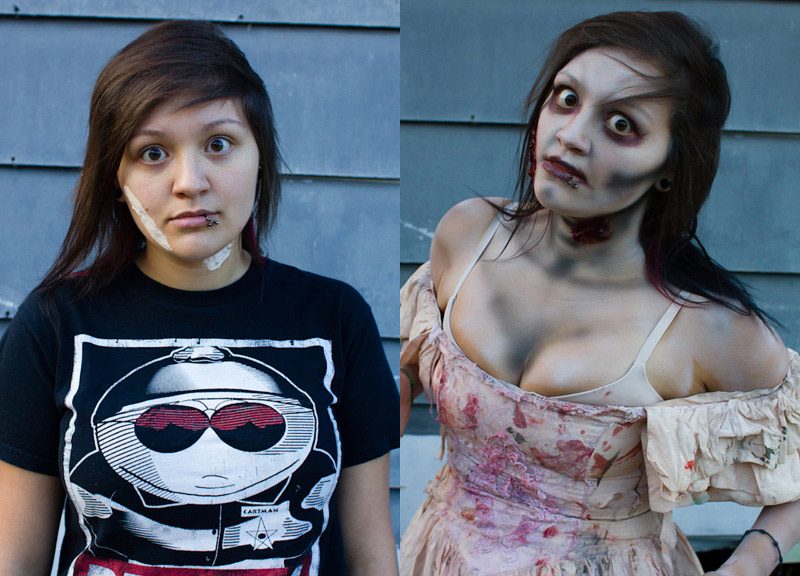 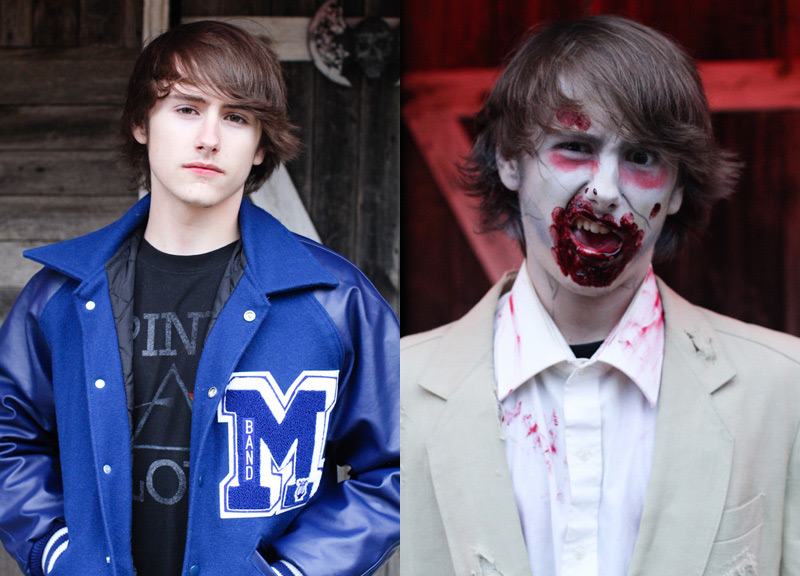 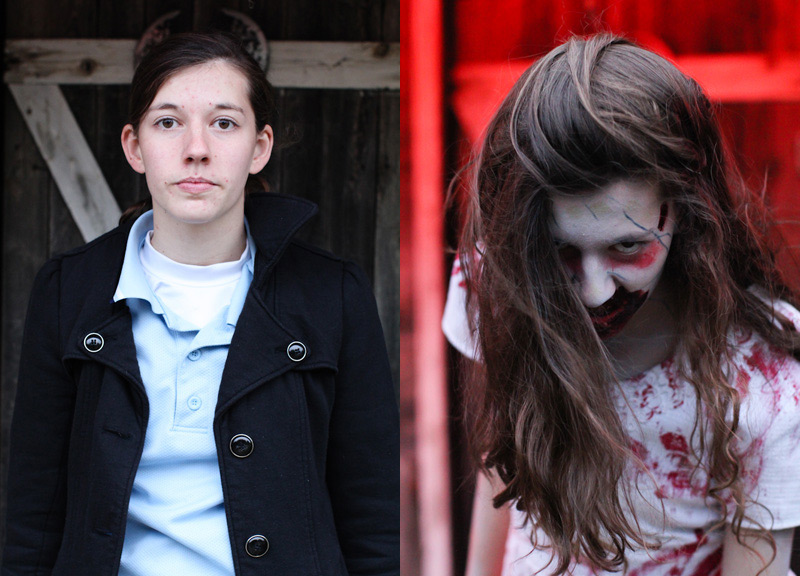 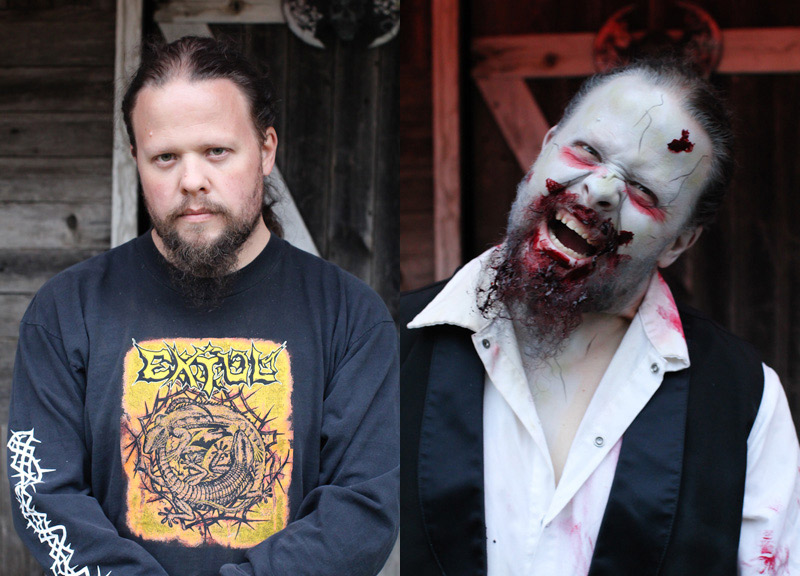 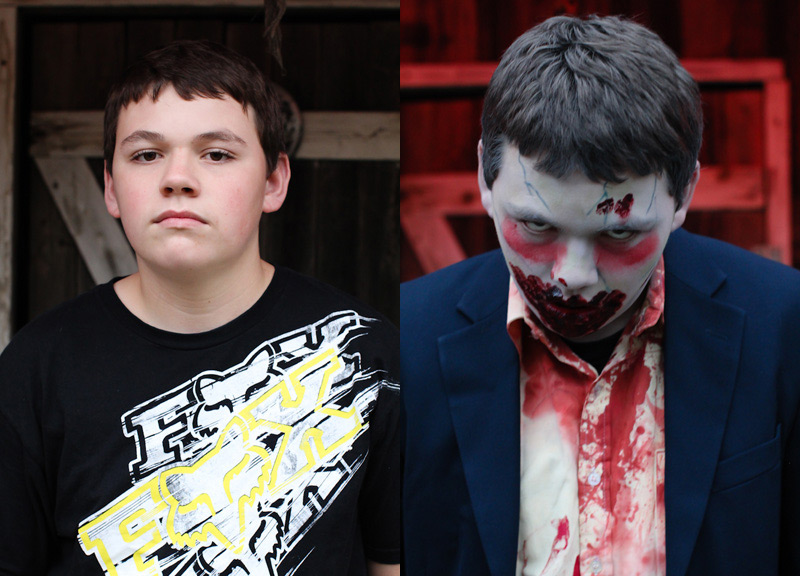 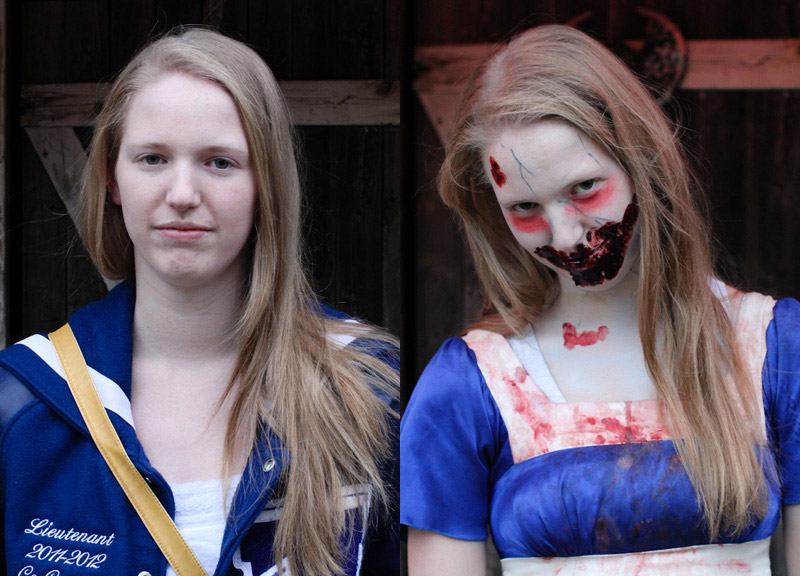 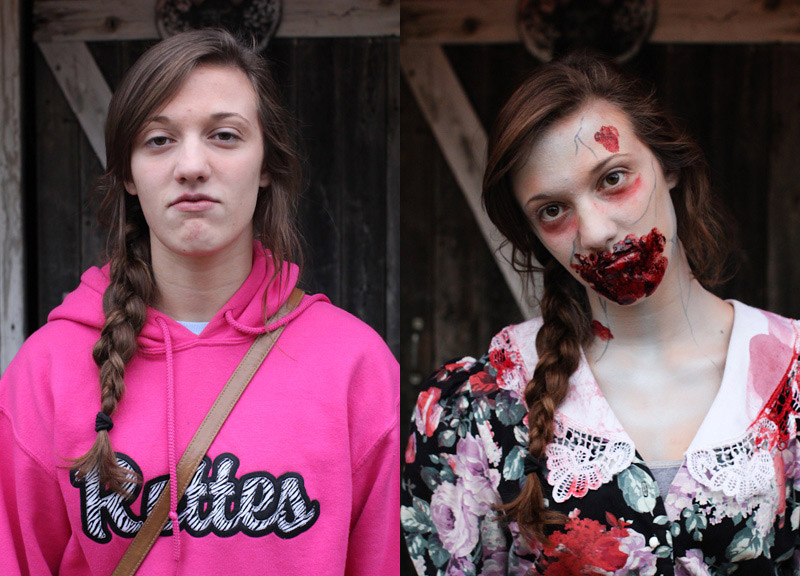 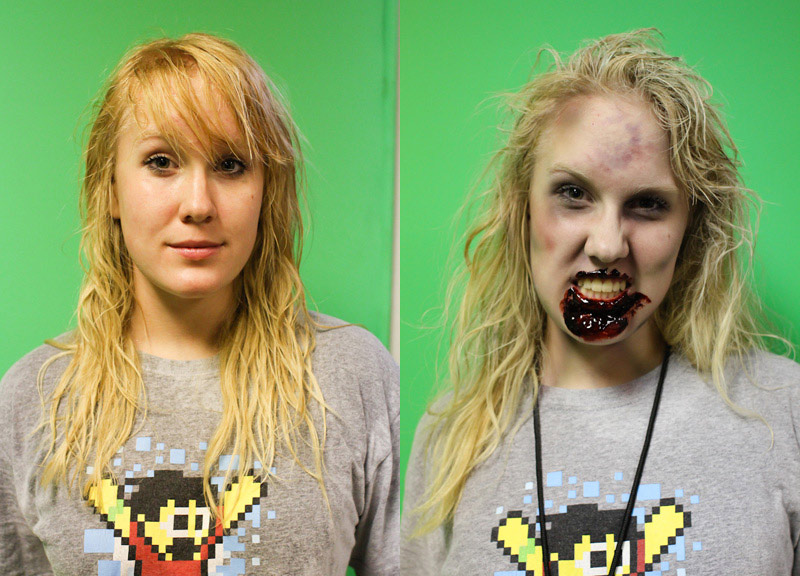 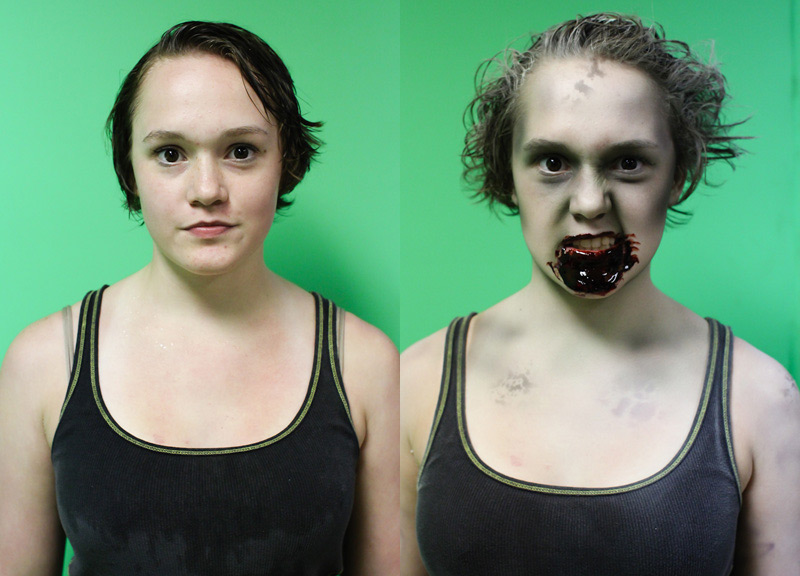 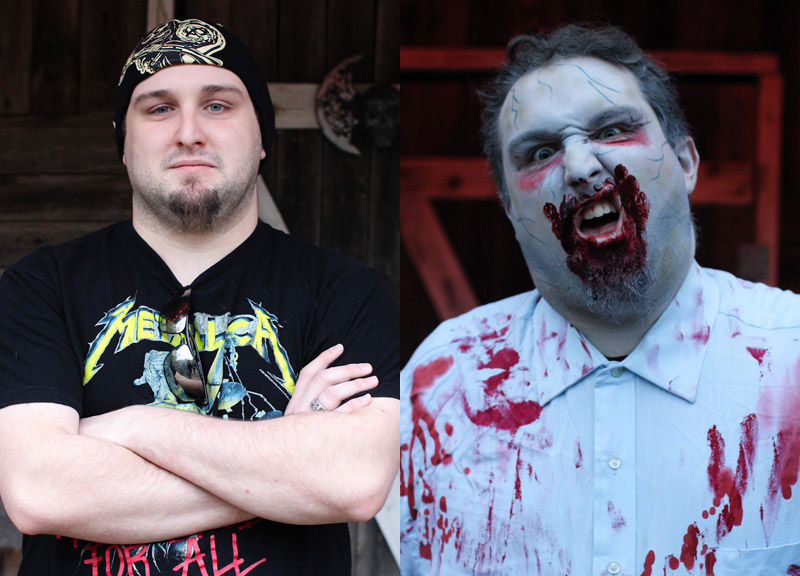 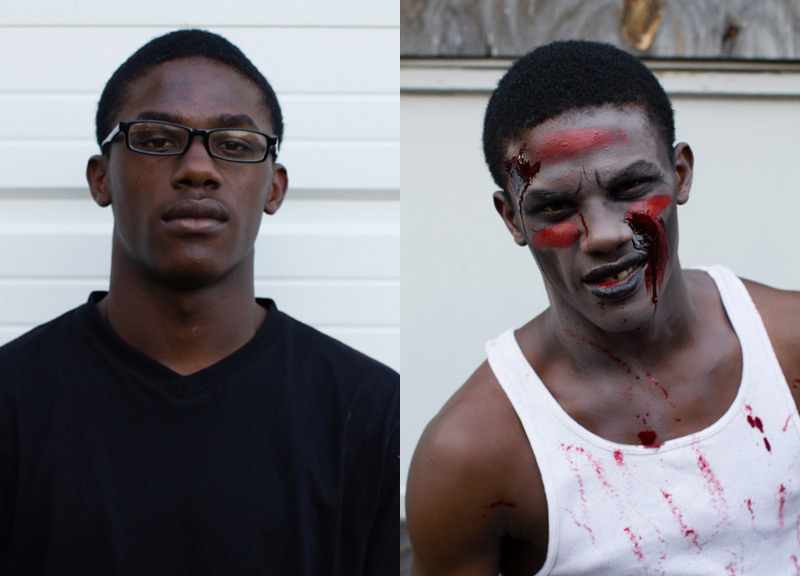 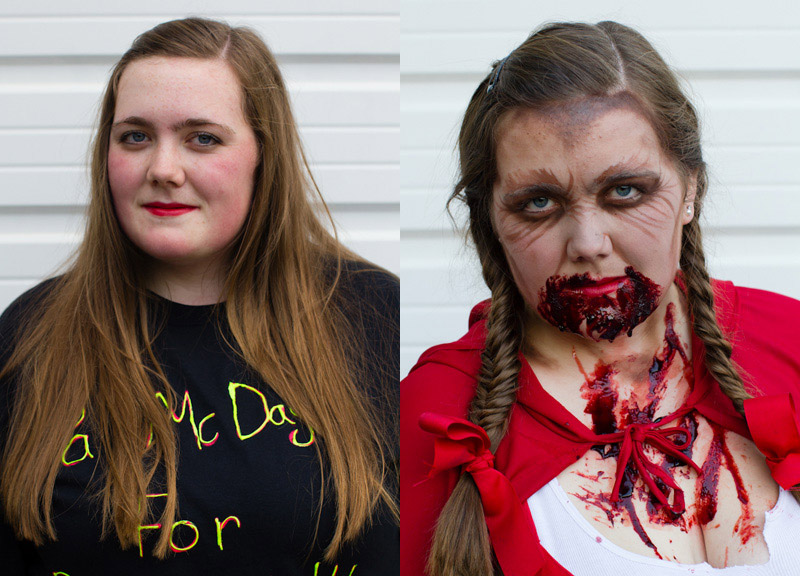 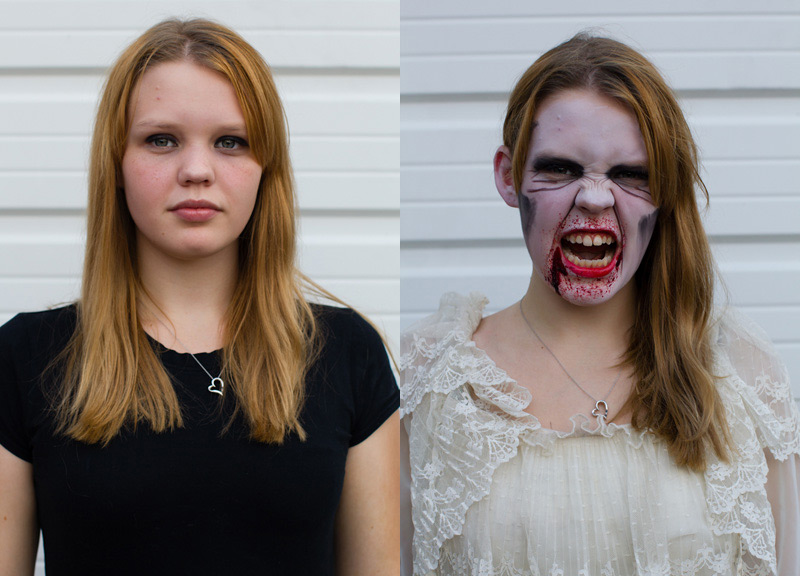 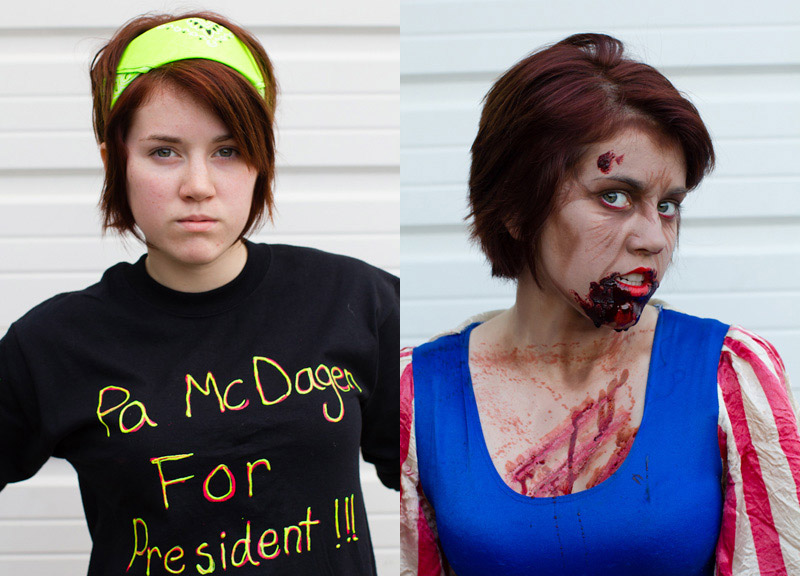 We Visited With The Local Actors Who Cross Over Into a Scarier Realm For Various Area Haunted Houses To See What They Look Like In And Out Of Costume.

Just inside the entrance of the grounds at Tayman Graveyard, the owner and lead makeup artist of this seasonal haunted house is going over the game plan for the night’s haunts.

“Last week, people were walking out halfway through,” Russ Moore says, scolding volunteer Zach Willey, who wears a surprised look. “So, whatever you were doing, keep doing it! People were so scared they couldn’t handle it!”

Rushed for time, Moore bolts to the back of the grounds, where construction on a vortex tunnel is still in progress.

Since taking over as the sole owner of Tayman Graveyard, Moore’s been busy adding attractions to the carnival-like atmosphere of his property. He’s antsy; just as his young, high school volunteers and his family volunteers swing into small-talk unrelated to work, he returns to the group, and whisks everyone into the makeup trailer to make sure they’re ready for the night.

Assisting Moore with the makeup is Rachel Lueken. She joined as a volunteer after her brother Calvin volunteered last year and encouraged to join up, calling it a can’t-miss opportunity. With Lueken on board, Moore hopes to focus more on the operations of the grounds.

After receiving their assignments for the night, the staff, which can number as high as 60 for a night, quickly changes into its costumes and lines up for makeup application. It’s a quick and efficient line. Moore and Lueken have a strong process in play.

Beginning with a base coat — from a formula Moore and an associate have created themselves and plan to selll — that’s applied with an airbrush, the volunteers then get their detail work done. Red color is added under the eyes, blue veins are painted on the rest of their faces. The goal is that ultra-dead look. Fake blood and just-eaten brains top the whole appearance off.

It’s a dramatic makeover to say the least. Some of the actors are almost unrecognizable as they leave the trailer.

But Tayman Graveyard’s process isn’t wholly unique. In reality, it’s quite similar to the process used at other haunted houses around the Metroplex — including Hangman’s House of Horrors, Terrorplex and Zombie Manor, each of which we also visited for behind-the-scenes looks.

Every group of volunteers we met each mentioned haunted houses acted as a tight-knit group. Whether they’re a group friends who attend the same high school together or a collective that’s been volunteering together for years at this point, scaring the public is something they all look forward to.

“I get depressed when it’s over,” says Kyle Cypert, a longtime actor at Hangman’s House of Horrors. “It’s better than Christmas.”

That mentality goes a long way in explaining the transformations these employees undergo to get their haunt on.

As you can see from our collection of before-and-after shots from the haunted houses we visited, these people truly embrace their work.