Cowboys Game Notes: This Team Needs A New Sense Of Self. 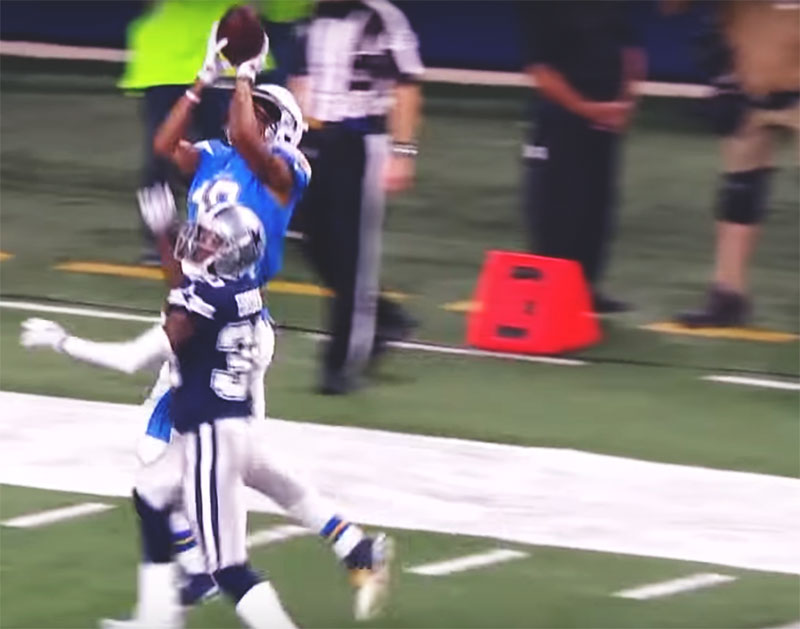 OK, It’s Time. The Cowboys Need A New Coaching Staff. That, Plus Five Other Observations From A Terrible Thanksgiving Day Loss To The Chargers.

Draped in their road blue jerseys during their annual Thanksgiving Day game, the Dallas Cowboys started their matchup against the San Diego Chargers on Thursday with a three and out.

It was a sign of the many bad things to come in the 28-6 home loss. And, for the third straight week, the Cowboys suffered a devastating defeat while failing to put up double-digit points.

Here’s what stood out to me most when I wasn’t too dizzy from shaking my head out of frustration with what this season has become.

1. Dak Prescott managed to complete nine of his 10 pass attempts. And yet he only mustered up 46 yards through those completions. How does that happen? I have no earthly idea. Conversely, 35-year-old San Diego quarteback Philip Rivers looked unstoppable from this game’s jump, rattling off three quick 20-plus yard plays in the Chargers’ first two drives. Even though both of those Chargers drives stalled — the first with a missed field goal from Nick Novak and the second on a failed fourth-and-13 conversion in the red zone after Novak was sidelined — it was obvious by the end of the first quarter who was the better quarterback in this game.

2. If you don’t count the Cowboys’ secondary, both teams’ defenses came to play in this one. Too bad we have to count the Cowboy’s secondary, which couldn’t contain Rivers even when the plays seemed bleak. Seriously: Dude racked up 219 yards in the first half alone. The only saving grace for the Cowboys, beyond the fact that Novak was benched, was its run defense, which kept Melvin Gordon to three yards rushing on five first-half carries. That kept things tight and the first half ended with the Chargers up just 3-0 on the home team. For a minute there, it looked like the Cowboys could come out in the second half and turn things around! Then the Chargers dropped 13 more points on the Cowboys in the third quarter as Rivers continued his onslaught, picking on the Cowboys secondary to the tune of two passing TDs.

3. The only sign of life the Cowboys offense showed in this game came down 16-0, when Dak hit Dez Bryant for an 18-yard completion (the longest play of the day up to that point) and followed that up shortly with a two-yard touchdown run from Rod Smith. Unfortunately, that spark was so short-lived, the Cowboys couldn’t even convert on the two-point conversion attempt that followed that effort. But at least Smith’s TD ended an embarrassing streak: Before Smith’s score, the Cowboys hadn’t put a touchdown on the scoreboard in 10 straight quarters.

4. The way things are going right now for this Cowboys team, whenever anything looks promising, it’s really not. Case in point: Right after that Smith touchdown, Rivers and the Chargers quickly answered back by driving down the field and scoring on a 42-yard pass to Keenan Allen, pushing the score to 22-6. That sucked, obviously. But then came hope as the Chargers missed their second extra point attempt for the game, keeping the San Diego lead to just two scores. And then came even more optimism as Dak and Dez connected a few times on the ensuing drive, looking like they were ready to make a game of things. Too bad that all quickly fizzled as Dak pulled out his best David Carr impression and gifted the Chargers with a 90-yard pick six. Then, without blinking, Dak threw another interception on the very next possession, and any chance of a comeback was long gone. Fun fact: The nine picks Dak has tossed this season in 11 games is already more than double the four he tossed as a rookie last year. Oh, wait. That’s not fun at all.

5. Forget the play on the field for just a moment. This Cowboys team isn’t even passing the look test when standing on the sidelines. Really, they looked defeated as hell whenever the camera panned their way on Thursday. It was a bad look. Now, listen, I’m not calling for any firing of coaches or anything, but… wait, forget that, I actually am. This team needs a new sense of self, a new mentality. The way I see it it, the only way that comes is through coaching — and maybe in the personnel department, although we all know good and well that there aren’t any changes coming there. But it’s pretty simple: Unless it’s your starting quarterback getting sidelined for an extended period of time, your whole team shouldn’t hit a brick wall when one or two players get injured. Backups have to be prepared better. The next man has to be ready to step up. The whole thing can’t fall apart just because a couple of players have.

6. This loss to the Chargers is more than just the Cowboys’ third straight. It also represents the third  straight loss since the Zeke suspension was put into action. Now, with a home game against the Redskins looming and followed by road tests against the Giants and the Raiders, it’s looking more and more likely that this team loses all the games Zeke misses. Remember when some of us thought they might be able to win three, four and maybe even five of the games Zeke missed? Those were better times. Now I’m worried even about what will happen in the final two games of the year once Zeke has fulfilled his suspension, considering that the Seahawks and Eagles aren’t exactly slouches.

Here’s hoping Kirk Cousin’s newborn baby keeps him up all sorts of crazy hours this week and that he is sleep-deprived by the time the Redskins get to town. Otherwise, I’m worried this season may be over quicker than we can say, “How ’bout them Cowboys?”