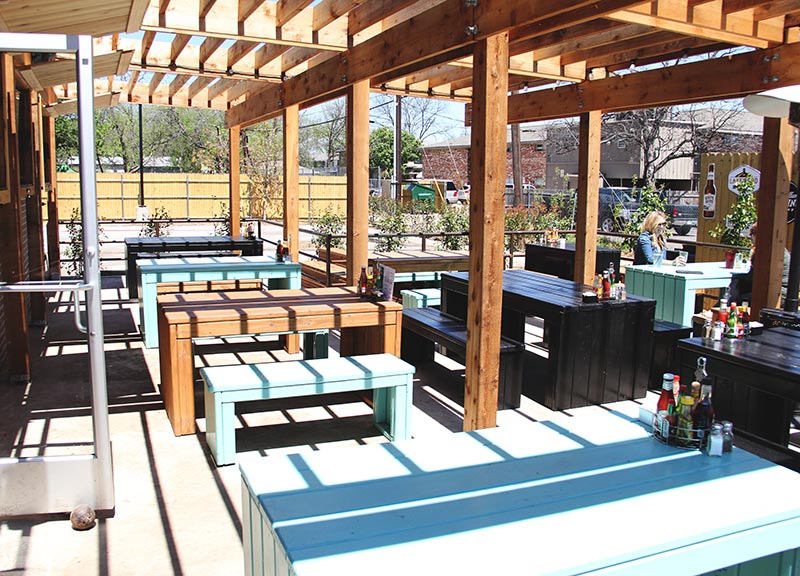 Bishop Arts' Pier 247 Is Sure To Lure Folks In.

It’s grown from a place that hardly anyone had heard of into a place where your mom and her friends would be perfectly content spending a weekend afternoon, but one of the few things that Oak Cliff's Bishop Arts District has lacked in its development is an abundance of options when it comes to cheap dining.

Until Zoli's opened less than a year ago — and Jay Jerrier’s joint isn't even really in Bishop Arts proper — there was El Jordan, and there was Hunky’s, and that was pretty much it. (Unless you count Cafe Brazil, but you can get their food pretty much anywhere, so why waste the trip to Oak Cliff?)

While delicious, even the restaurants serving typical foods of the people — spots including Lockhart Smokehouse and Eno's Pizza Tavern — can be surprisingly rough on your debit card.

So it was that dearth of choices for the cheaper among us that made us so excited for Pier 247 to open on Davis, just behind Gloria's and Grill 303. The fact that the place's primary options would be various forms of fried seafood didn't hurt either.

Yeah, we looked forward to our first visit. And we didn't leave disappointed, either.

The restaurant's space — which, as far as we can tell, is built around an old service station — includes an enormous wraparound patio. On nice days, such as the one on which we visited, it's a huge selling point. There are multiple comfortable seating options here and, on weekends especially, ample opportunities for people-watching.

In other words: You'd do well to take advantage and try Pier 247 — and, yes, sooner than later. Because, once our weather returns to its usual summer state and the heat becomes unbearable, we imagine the restaurant's smallish dining room might make for a less pleasant, more crowded experience.

For now, though, it's all pretty great.

And, plus, the most important thing — the food — wasn't too shabby.

My friend ordered the Shrimp and Bacon Mac and Cheese. I got the Seafood Club. Both items were great, too.

The mac and cheese featured a delicious gruyere bechamel sauce that wouldn't have been out of place anywhere, as well as shrimp that were just cooked perfectly. They weren't overdone to the point of nearly being mealy, as you'll often find when they're used in pasta dishes. The crustaceans were yielding, but maintained their appropriate texture. Add in the crunchy, thick-cut bacon — plus the fact that you can get a huge bowl of the stuff for $10 — and you have winner in that one.

But, see, the Seafood Club might've been even better. Layered with crisply seared lump crab cake, fresh shrimp salad and bacon, the triple-decker sandwich features a cohesive variety of flavors and textures. Similar to the mac and cheese, the creamy element — in this case, the shrimp salad — is accentuated by the smoky, crispy bacon. Meanwhile, the crab cake, which takes over for the turkey that would feature on a standard club, hangs out in the background, providing a hearty base for the louder ingredients. The club is just a massive, well-thought out sandwich. It's tied for the most expensive thing on the lunch menu — at a meager $12, mind you — but it’s well worth it.

Long story short: Pier 247 is a welcome addition to the Bishop Arts scene.

Between its delicious seafood and fun atmosphere, the place isn't really missing anything.

And, lucky for all involved, it’s a place you can actually afforded to hit up a couple of times a month for once. 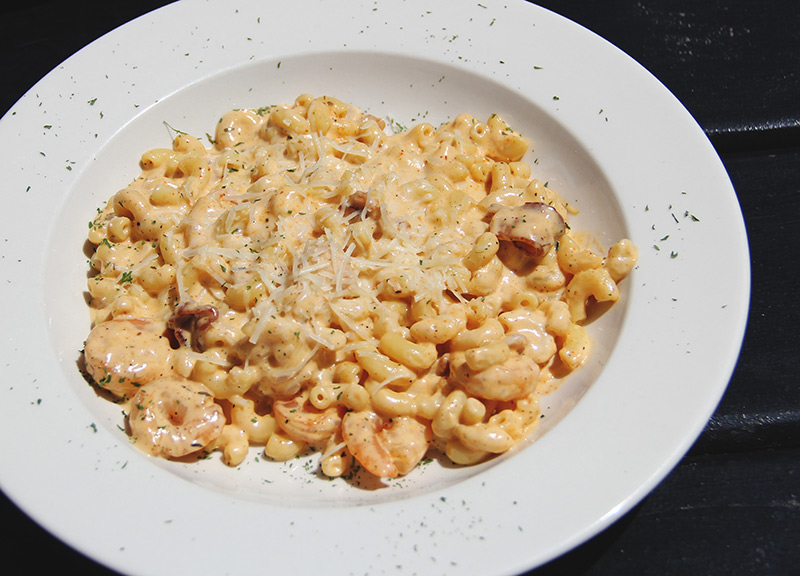 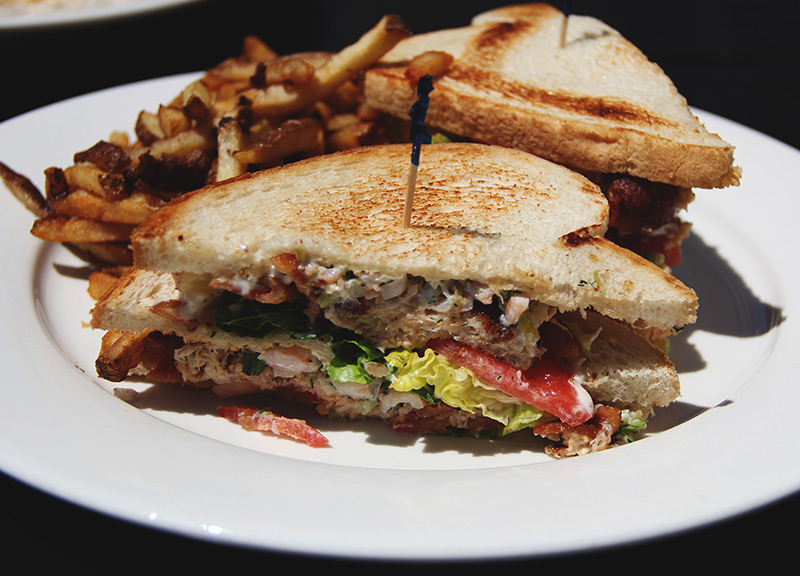