Viet Bites, the first Vietnamese restaurant to call Denton home, opened its doors earlier this month. And, if nothing else, its arrival is certainly a breath of fresh air.

Special emphasis on the fresh end of things, too: The previous occupants of this Elm Street space were of the BBQ variety, and, in their stead, they left behind smoke-crusted walls. None of this was left intact by Viet Bites' design team, though: The bright green walls and complementing metallic accents give this spot a refreshingly crisp vibe as soon as you walk inside.

Still, the big draw at Viet Bites is its food, of course, and the biggest attraction on the menu by far is the traditional pho, which is made in house by the husband-and-wife ownership team of James and Victoria Trinh.

The Pho Ga Chicken Noodle Soup, highly recommended by Victoria herself, is especially rich in flavor. The broth has several layers of intricate flavors and the dish as a whole is only enhanced by its side accompaniment of fresh and organic bean sprouts, cilantro, basil and jalapenos. Our only complaint: The chicken itself tasted a bit bland. Simply adding a bit of house-made hoisin sauce helps things a ton, though, and a dash of sriracha only helps melt those those concerns away

Elsewhere, the menu offers a bevy of spring and egg rolls sure to satisfy any and all tastes. More daring diners may want to give the tempting fish sauce chicken wings a try, too.

Another big selling point for Viet Bites? The “Build Your Own Meal” option, where dinners choose between three traditional Vietnamese meals and select the protein, veggies and sauces of their choosing, all for under $10. Quite the bargain, really. Also worth mentioning: Their hot tea selection is incredible, offering a wide range of popular green teas, plus a few more fruity selections.

“Have you been bitten?” Viet Biets' menu knowingly teases when you open it. And justifiably so.

For, yes, Viet Bites, we have been bitten. Very much so. 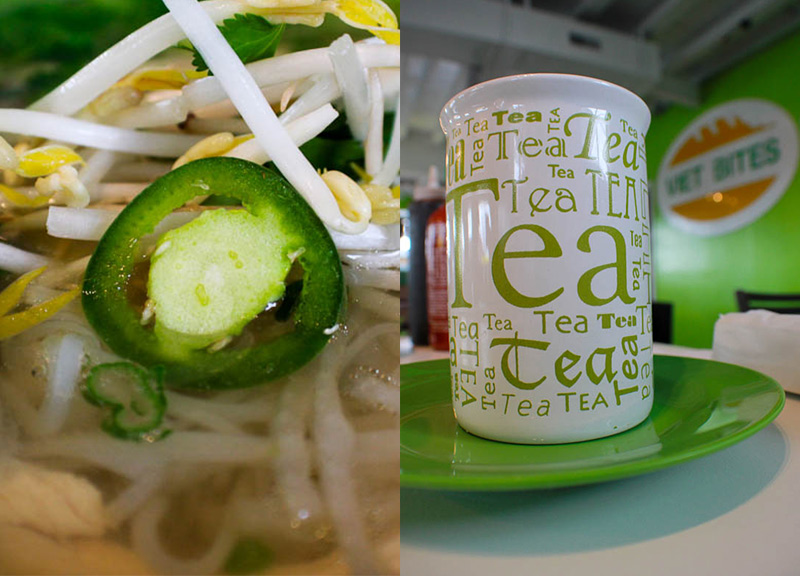 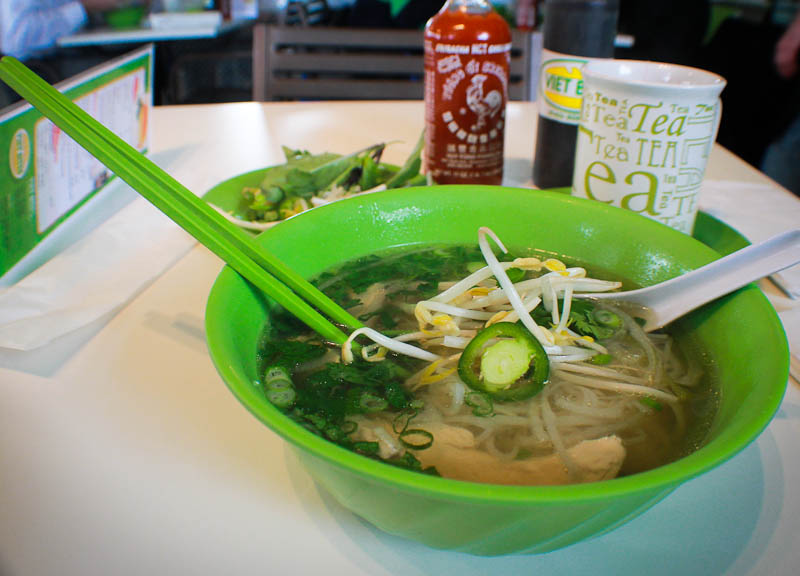 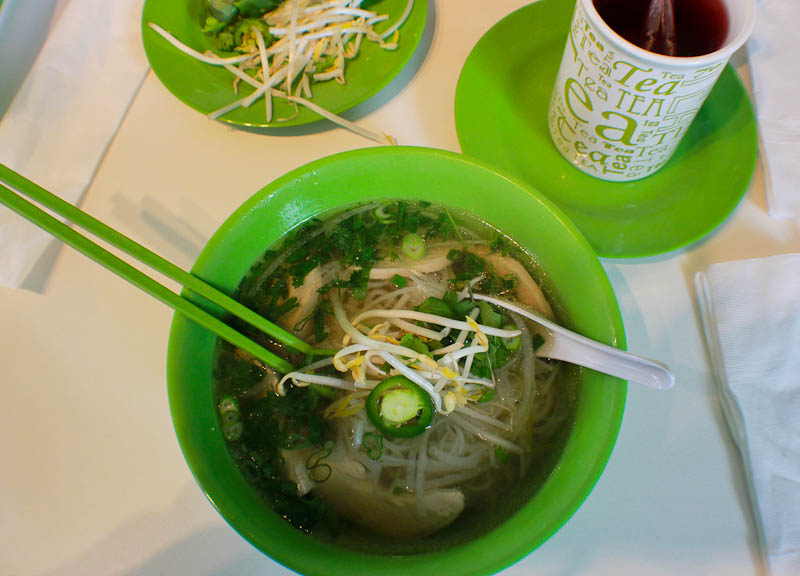 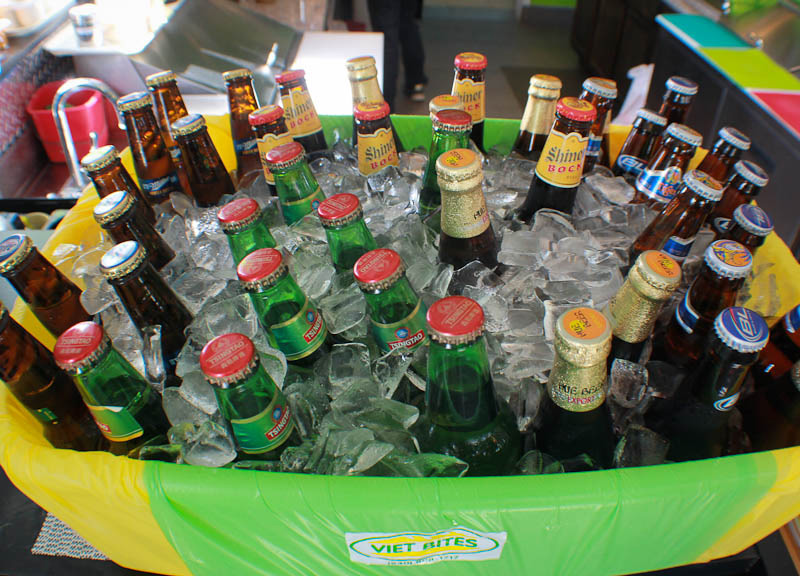 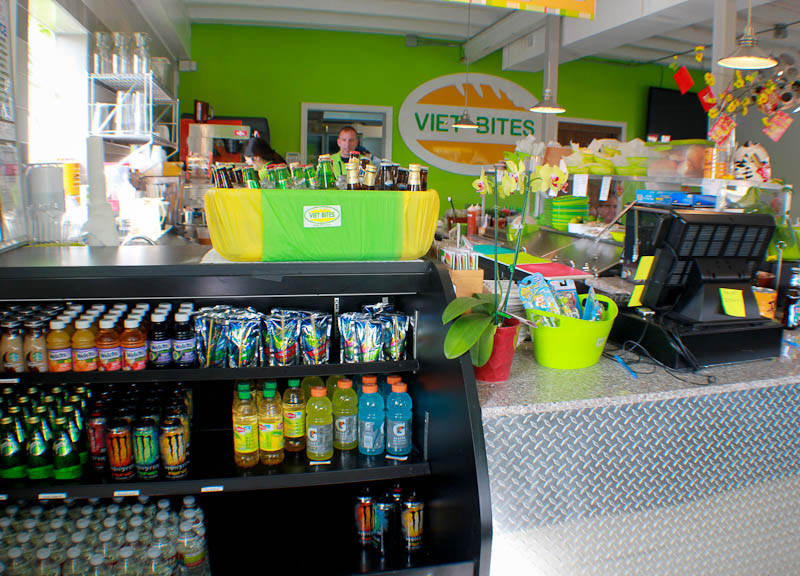 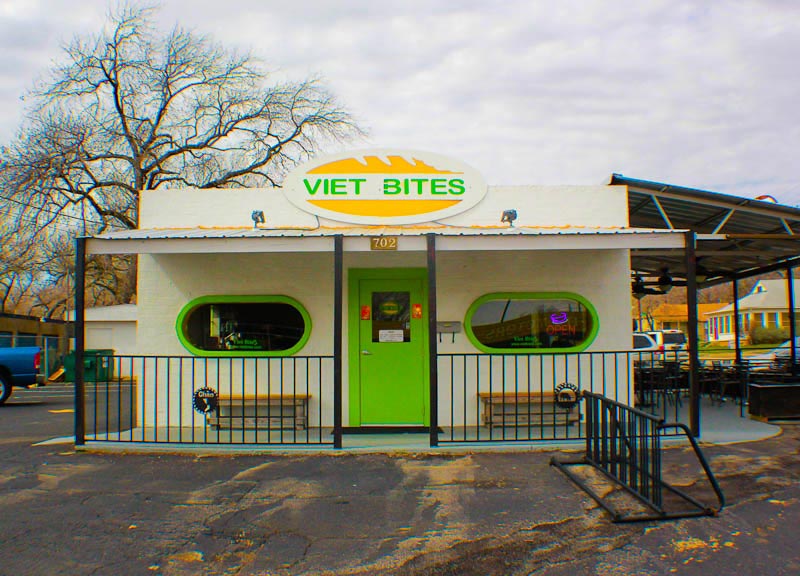