When Summer Hits, Dallas Hipsters Flock To The FOE. 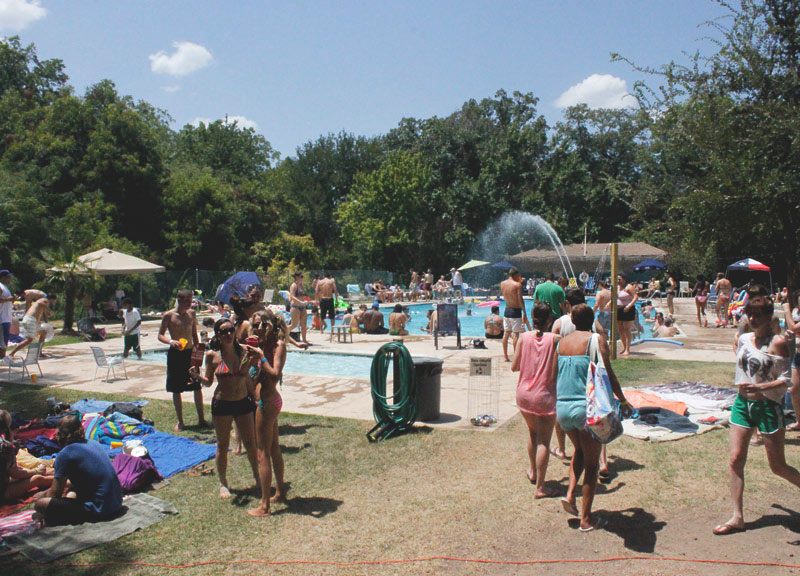 East Dallas’ Fraternal Order Of Eagles Pool Has Been The Dallas Hipster’s Summertime Destination For Years Now. What Do The FOE’s Members Think About That?

Over the course of the past five years or so, the Fraternal Order of Eagles’ pool in East Dallas has become the de facto summer hangout for Dallas’ heavily-tattooed twentysomething set.

This isn’t really an earth-shattering revelation. Well-stocked poolside bars that feature, among other things, $1 Jell-O shots just sort of naturally attract this kind of crowd.

Less obvious, though, is whether the hoards of hipsters making regular trips to the FOE have any idea as to what the organization does with all of their collected $7 pool entrance fees. Same goes for what the Order’s members really think about the annual invasion of their facilities by these pool-loving outsiders.

Before we reveal those answers, let’s first look into the back story of the FOE and its Dallas pool for some insight on how we got to this point: Way, way, way back in 1898, the Fraternal Order of Eagles organization got its start when a group of competing theater owners in Seattle decided to put their differences aside while discussing a musicians strike that was going on at the time. After burying the proverbial hatchet, the men decided to start an organization called The Order of Good Things. Early meetings took place on the stages of these men’s respective theaters after show rehearsals would wrap up, and, almost always, the meetings would involve kegs of beer. In the years following, the group’s name changed to the Fraternal Order of Eagles, and their message was disseminated across the country by troupes of traveling actors, stagehands and playwrights.

Throughout their history, the group has been heavily involved with raising money for various charities, and, today, the group is even credited with pushing the U.S. government to make Mother’s Day an officially recognized holiday. 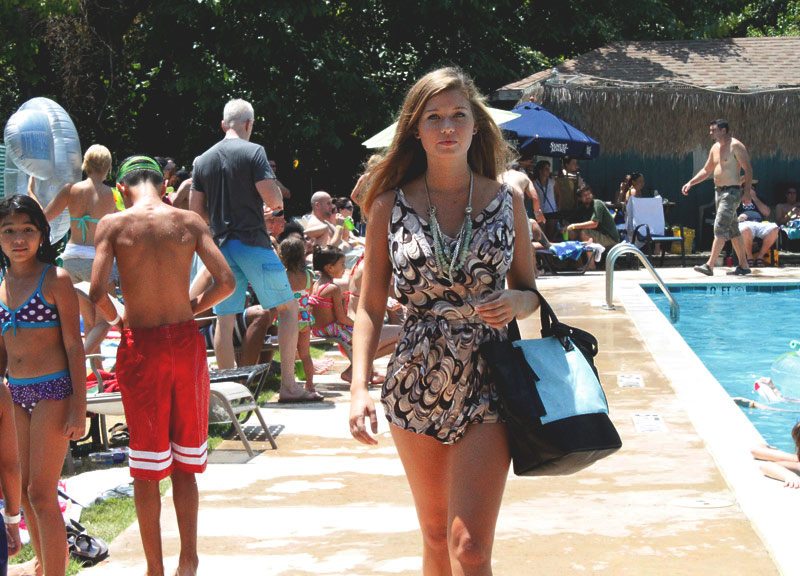 Locally, the FOE’s “Dallas Aerie” has been around since 1971, when its members purchased a former private tennis country club. According to local FOE member Kirk McLaney, the story of how the Dallas branch got its pool is a fairly interesting tale, too.

“[One of the chapter’s early members] had a daughter that attended SMU as a part of a water ballet team with Olympic hopes,” McLaney says. “He built the pool so that they could practice.”

Though McLaney says the pool has been open to the public since Day One, it really wasn’t all that popular or much of a draw early on. In fact, McLaney says, the members held a vote sometime around the late ’70s or early ’80s on whether the organization should get rid of its pool altogether. Some members proposed putting a garden in the pool’s place. The measure didn’t pass, though. And when crowds really started picking up about five years ago, it was something the organization more than welcomed. 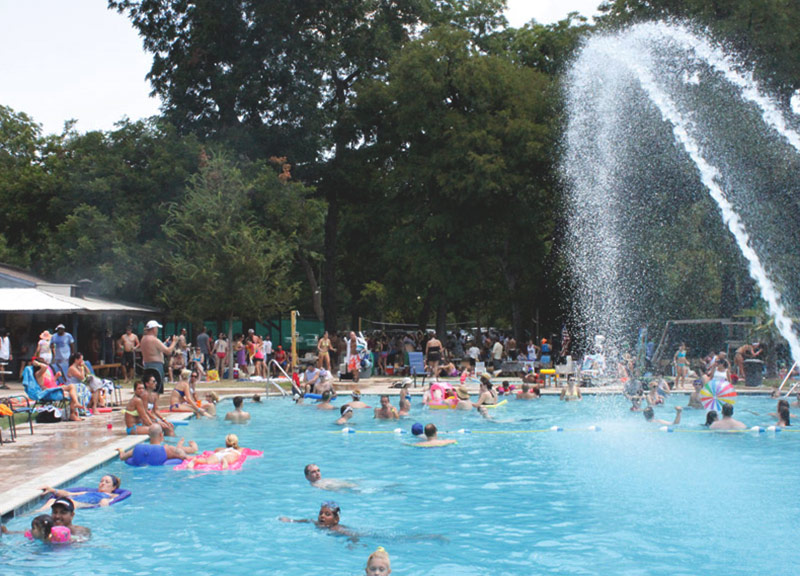 Part of the reason for this open-armed spirit, McLaney says, revolves around the revenue boost the summer business swell brings to his organization. That revenue, he says, not only helps keep the organization afloat, but helps raises funds for the FOE’s pet charities. These days, the 1,400 FOE chapters across the country collaborate to raise over $100 million each year for eight different major charities, including the Max Baer Heart Fund, the Jimmy Durante Children’s Fund and a disaster relief fund.

So running the growing crowds of tattooed hipsters off of their grounds isn’t really something the FOE is interested in — like, at all.

Actually, for years, Dallas’ FOE members brainstormed ways to keep the crowds as thick during the hottest parts of the summer as they are during May and early June. The hipster invasion of their pool in recent years has quelled their long-running concerns in that regard. 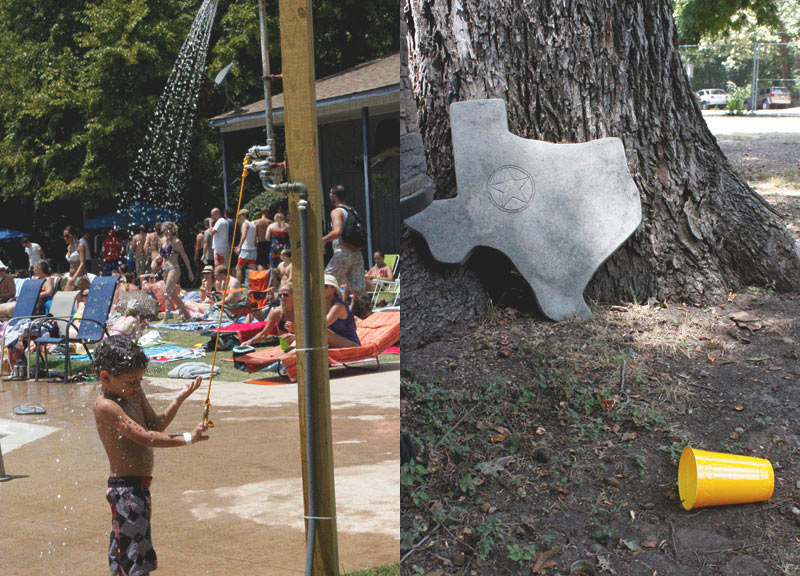 But the added funds that the summer crowds bring in is only part of the reason that members like McLaney love the diverse subset of Dallas’ population who frequent the FOE’s pool all summer long.

“What’s always attracted me to the place is that it is a very ‘non-Dallas’ scene,” McLaney says. “It’s not the uppity North Dallas people that hang out there. Everybody gets along. You can have these crazy tattooed people talking to an 80-year-old man sitting at the bar. It’s just a very laid-back place to relax.” 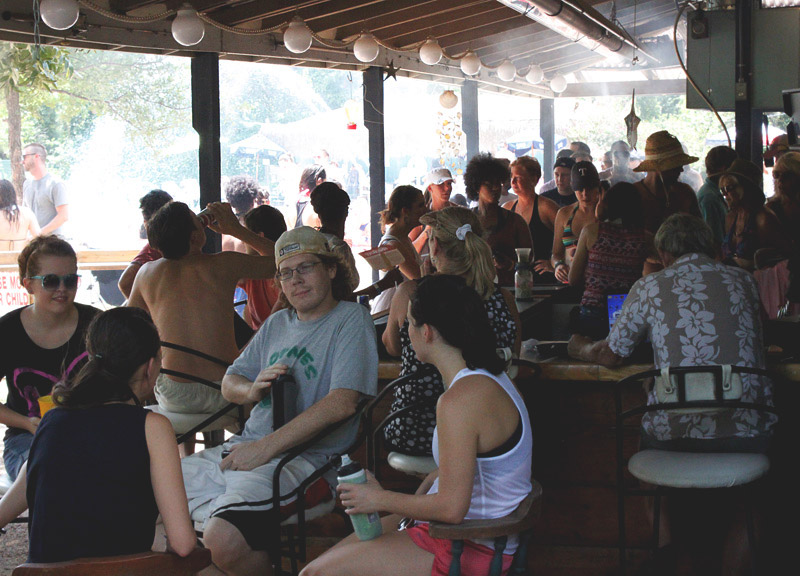 Still, a small subset of FOE members, McLaney admits, are more than pleased when the pool crowd starts thinning out at the end of the summer. It’s not so much the fact there are too many young folks with tattoos running around that makes them feel that way, though. Rather, McLaney says, it’s just that the hectic four months of constant activity that the pool provides during the summer can sometimes get in the way of the members’ other activities that are hosted on the grounds.

For the most part, though, most members understand how the FOE’s summer crowd benefits the organization — that it helps raise money and even helps grow the organization’s membership numbers. In fact, McLaney himself decided to become a member after hanging out at the pool for three summers straight. 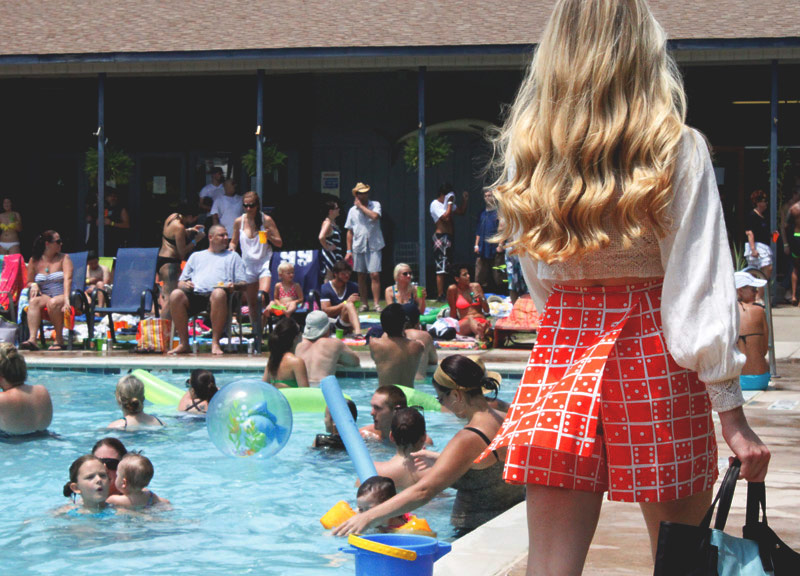 In any case, the idea that hoards of drunken, tattooed young adults flocking to the FOE this summer could somehow ruin the place’s aesthetic or will be otherwise unwelcome by the organization’s longtime members?

It couldn’t be further from the truth, McLaney assures.

“All the members love it,” he says. “The place is there to raise money for our charities and, without that crowd, it’s really hard for us to raise money. We love our summer crowd. They’ve always been good and polite. And, for the most part, they’re well-behaved.” 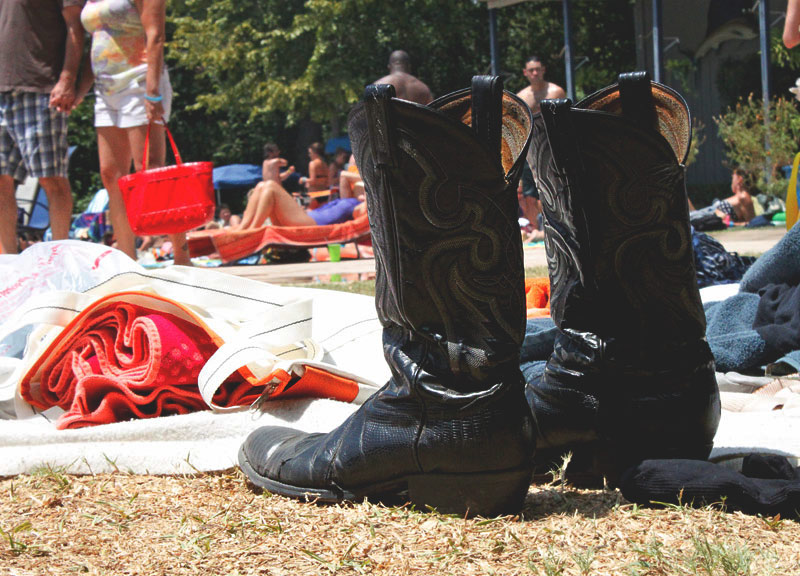 All photos by Melanie Shafranek.