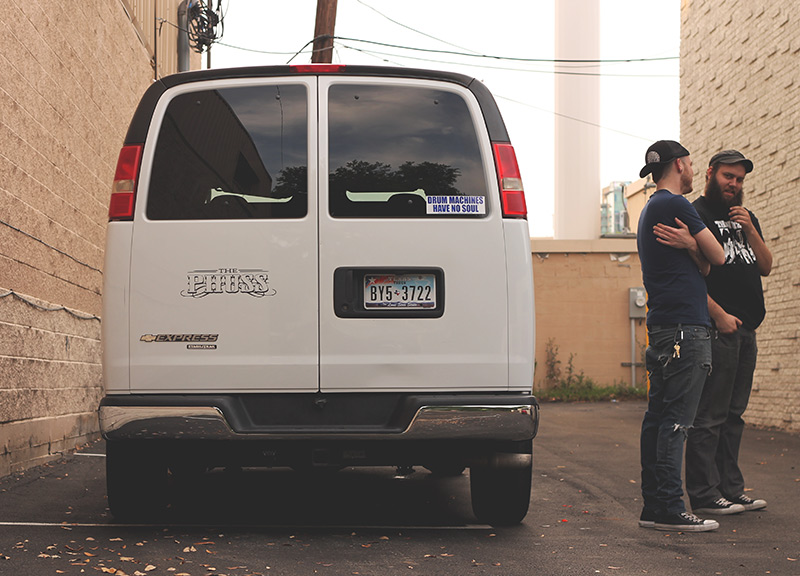 The Wheels On The Phuss Bus Go Round and Round.

Last time we checked in with Dallas-area hard rock outfit The Phuss, they had just finished working on an album produced by Vaden Todd Lewis.

That much made sense. Over the years, The Phuss have drawn a number of comparison to Lewis' band, the Toadies. And, in the months that followed that album's release, the two bands wound up playing a number of out of town gigs together, including last year's Dia de Los Toadies festival in New Braunfels.

These days, though, the Phuss has moved on from that moment in the Toadies' shadow, and they're already working on their next project. When we caught up with the band outside of Jeff Saenz's Modern Electric Sound Recorders studio, the band was loading in gear and looking forward to a long night of jamming and writing.

And, in between carrying loads of gear into the recording space, drummer Trey Alfaro, bassist Forrest Barton, and frontman Josh Fleming gave us a few moments to talk about their long history of band van ownership.

Where did your van come from? How did you acquire it?
Trey Alfaro (drums): “I work at a Volkswagen dealership — Lewisville Volkswagen — and that's how we got it. We got a super good deal on it. A steal, almost.”
Forrest Barton (bass): “No, no, no. We actually stole it.”
Trey: “Bobby Beck, the owner of Lewisville Volkswagen, helped us out a whole lot in getting this van because he knew that we needed it real bad. We were going on tour up to New York that same month and trying to get a van. It just so happened a church traded in this van for a vehicle at our dealership. We got really lucky.”

What makes your van special? What are its best and worst features?
Trey: “I think the best feature is that we have three TV screens in here. In-dash, we have a navigation system, so we'll never get lost. We've got satellite radio. The van is pretty much an entertainment system in itself. There's really nothing bad to say about it. When we're on tour, we take out [the front] bench seat, and we get a papasan couch cover and make a bed. There's really only one bench seat for legal purposes; if we get pulled over, everybody has a seat belt. And it hauls ass. The worst thing about it is the gas mileage isn't 100 percent where I'd like it to be.”

Who usually does the driving?
Trey: “That'd be me. Touring, I'm definitely the one driving most of the time because I like driving and these guys are scared sometimes. Josh was freaking out in Pennsylvania driving through the mountains.”
Forrest: “He's a sketchy driver.”
Trey: “They are definitely not allowed to drive in Manhattan.”

Do you have any good breakdown stories?
Trey: “We've never really had any problems or issues with breaking down. Our last van — we had a Volkswagen Eurovan we toured in — had a transmission that started acting up. That's how we kind of ended up in this thing.”
Forrest: “We're really lucky. We should be dead or in jail.”
Trey: “Seeing as I work at an automotive place, I make sure that I take really good care of the vehicle — especially with simple stuff like tires and oil changes. Actually, one time in our old tour van, I did drift around a corner onto the highway.”
Forrest: “No, no! This motherfucker turned around 360 on the highway once!”
Trey: “Oh yeah!”
Josh Fleming (vocals, guitar): “He completely spun around, but was still able to parallel park right in front of my blowout in Arlington. Literally, he comes flying, brakes, spins, backs up.”
Trey: “I really did do that. I forgot all about that.”

Forrest: “I flipped a trailer once in Downtown Dallas. I got cut off and the trailer didn't have anything in it and it went over.”
Trey: “He hit a curb on a median and, since it was so light, the tire popped it up on its side. And that is one of the reasons we do not pull a trailer anymore.”

What are your best memories from being in the van?
Trey: “Calling it our hotel because we didn't get one hotel on our last tour we went on.”
Forrest: “This is not a van. It's our mobile apartment.”
Trey: “Having movie night. No, really.”
Josh: “We do have movie night. On the road, we brought stuff like Indiana Jones. I like superhero sci-fi adventure movies — stuff that's too action-packed to watch in a car. The thing about this van that's really cool is it's like Forrest and I's apartment. Even if we get a place, it's not going to be comfier than the van. Even if we get a place to stay, usually Forrest and I are just going to steal two pillows and come out here anyway.”

Trey: “That's always a rule too; When we're staying at somebody's place, there's always one guy sleeping inside the van.”
Josh: “Because we don't use a trailer and our entire livelihood is in there.”
Trey: “We rotate every now and then.”
Josh: “But it's a perk of being a three-piece not to have a trailer. Because trailers do three things: They either get stolen, ruin your gas mileage or flip your van. And kill your transmission. So four things. Trailers suck.”

What are the best modifications you've made to the van, decorative or otherwise?
Forrest: “Turn it on!”
Trey: “Oh yeah! How did we forget that?”
Forrest: “Give him the rooster first.”

[Editor's note: At this point, the band turns on a public address system and the sounds of a rooster crowing start blaring from the van. Later, they cycle through several other animal noises, police sirens and even a MIDI version of “It's a Small World After All.”]

Trey: “It's also got a frog. Or you can hook a microphone up to it.”
Josh: “What we do is tally up all the people that look. Whoever is in the driver's seat will be like, 'Get him!' And then you turn it on and they look around like, 'What the hell?'”
Trey: “Some people get angry.”
Forrest: “At South By, we had the cat going and some lady thought there was a cat stuck under our van and was trying to coax it out from underneath. She was terrified.”
Josh: “She was horrified. She thought that we were killing a cat.”
Trey: “That thing was a gift from a good friend, Brandon Pierce. That's pretty much the only modification.”

Anything else we you'd like to tell us about your van?
Josh: “We're really lame. Our van isn't that punk rock. But, goddammit, it's comfortable. This is our fourth van. We started with a 'La Migra' van. It even said 'La Migra' on the side.”
Trey: “Our first van we got, we were just pumped up and juiced about it, so we just bought it.”
Josh: “We were a two-piece and it was giant.”
Trey: “It was a 15-passenger V10. And this was when gas prices were at their absolute highest. There was a radiator leak, so it always overheated. So we got rid of it and got the Volkswagen. And now we got this.”
Josh: “They've all had names. We had Halia, then Josie, then Vinny. Now we're on The Phuss Bus.”
Trey: “I forgot about Vinny!”

Josh: “We traded our trailer for a van once. It was [House Harkonnen's] van, and it was the dumbest idea ever. They fucked us over so bad. We give them trailer — the trailer's fine, it's great, it's p-rock as hell, it has tons of shit on it like cool stickers, it's a rad little trailer — and they give us this van. Forrest and I go to pick it up and there's no title.”
Forrest: “There was a title. It was just really outdated and it was made out to Daryl Stoner.”
Josh: “We had to duct tape the fucking fuel line because somebody cut it and siphoned the gas. Somebody took the catalytic converter, so we duct taped that. We were under it, getting this shit all over us. By the time we got it out, we were super jived about it. Forrest drove it around for awhile but then it just took a shit trying to cross the street and it was never the same. So he sells it to turn it into a cube and gets $200 back.”
Forrest: “And you made me give it to the band. I was pissed.”
Trey: “We don't get paid here. What are you talking about?”
Josh: “One day.”
Trey: “Maybe when the van's paid off.” 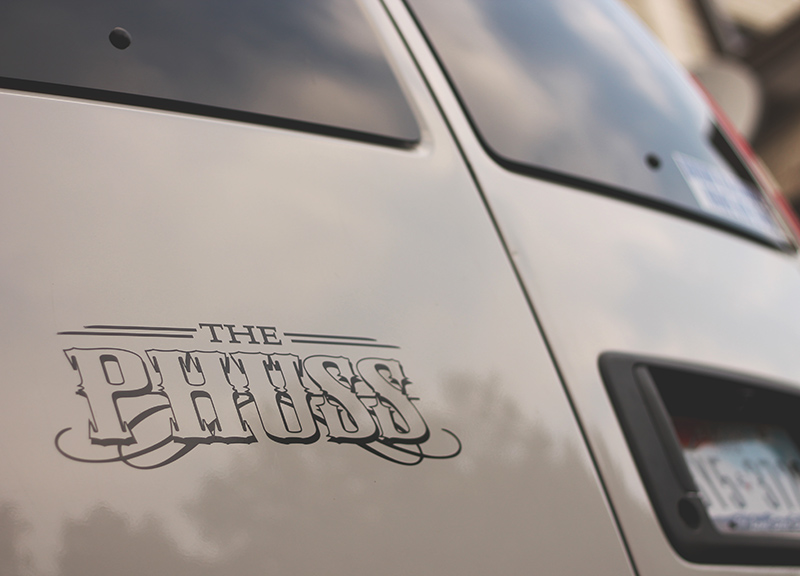 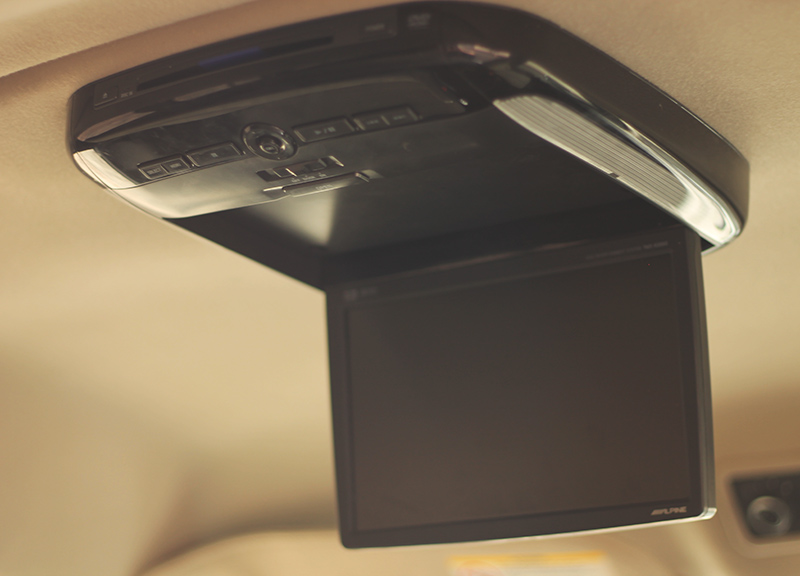 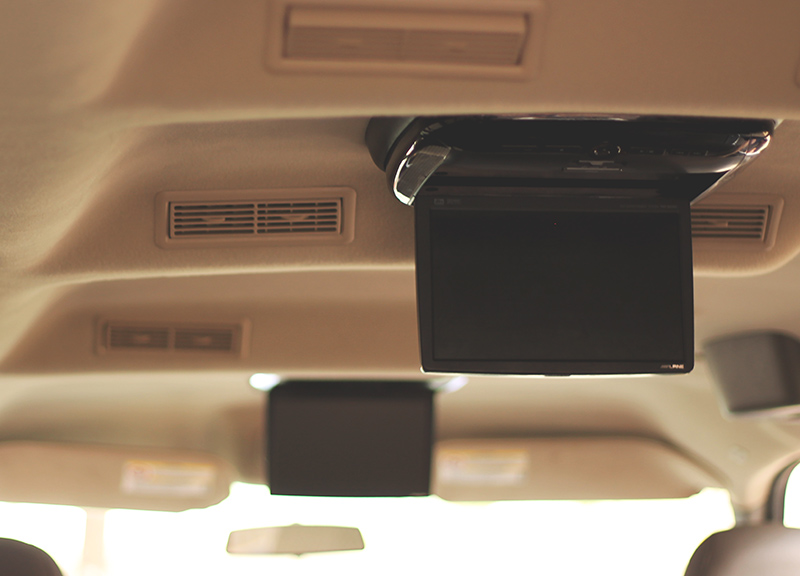 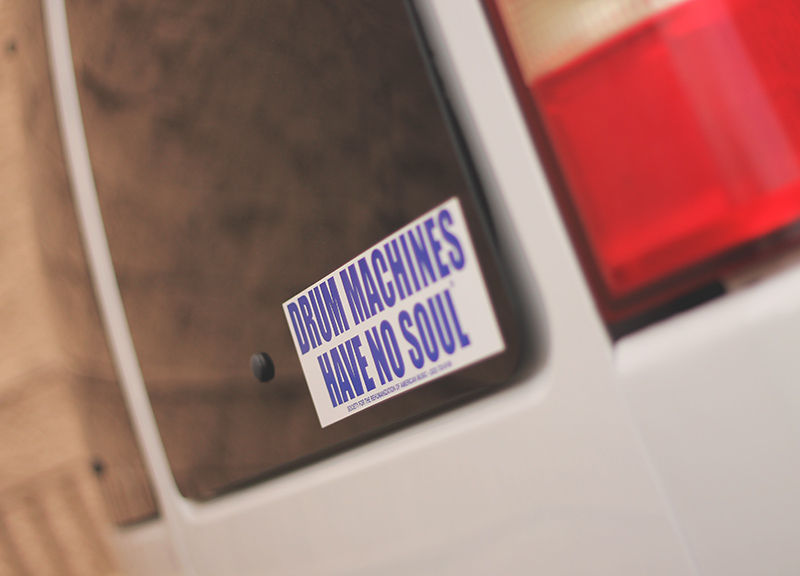 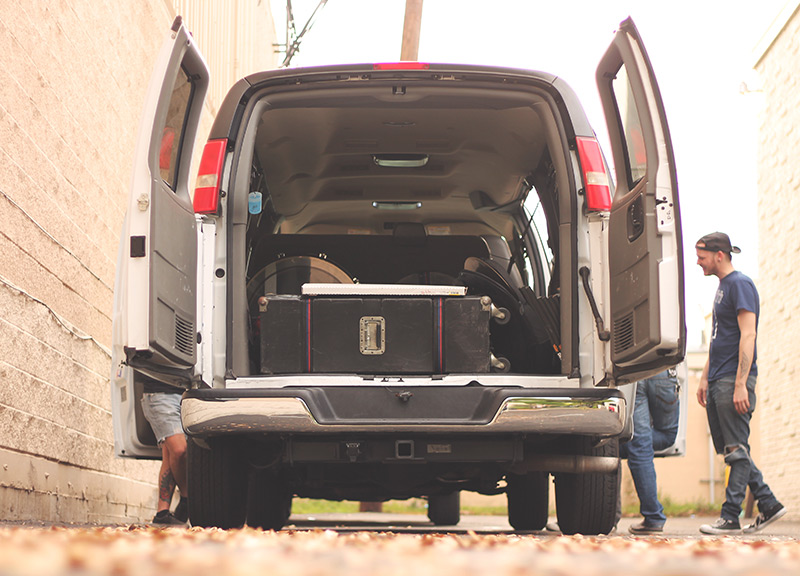 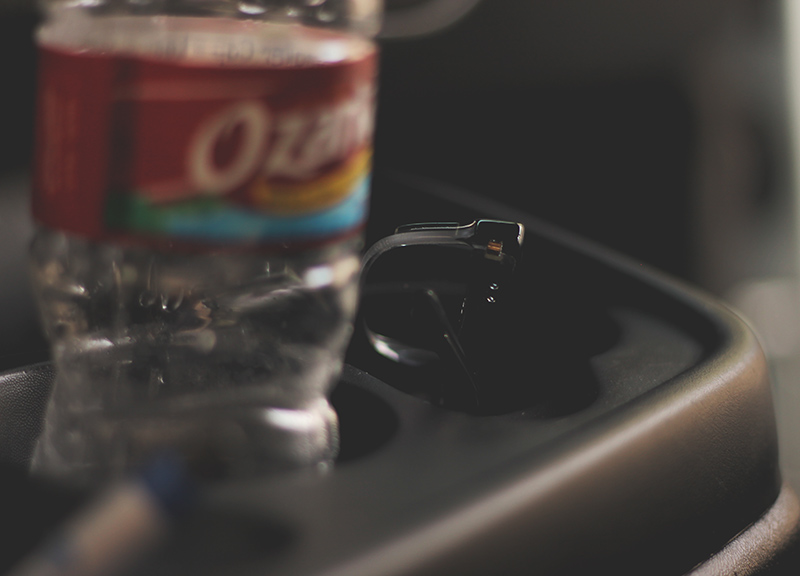 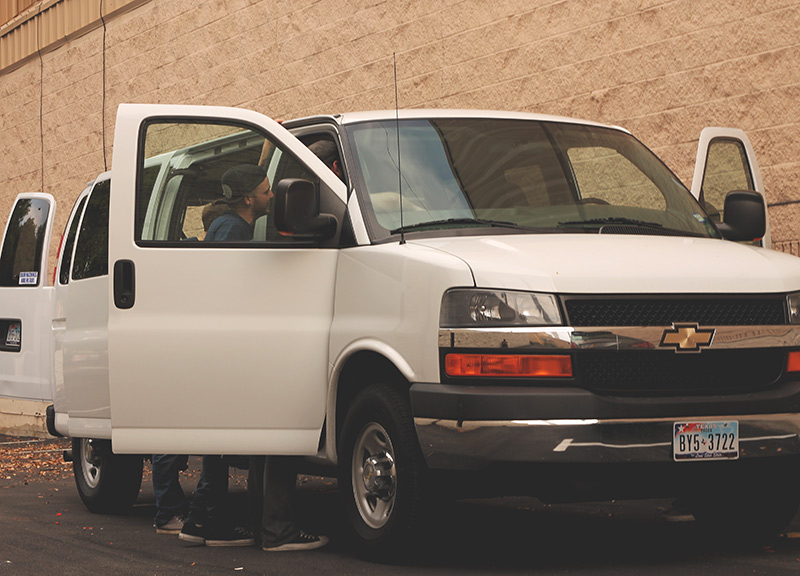 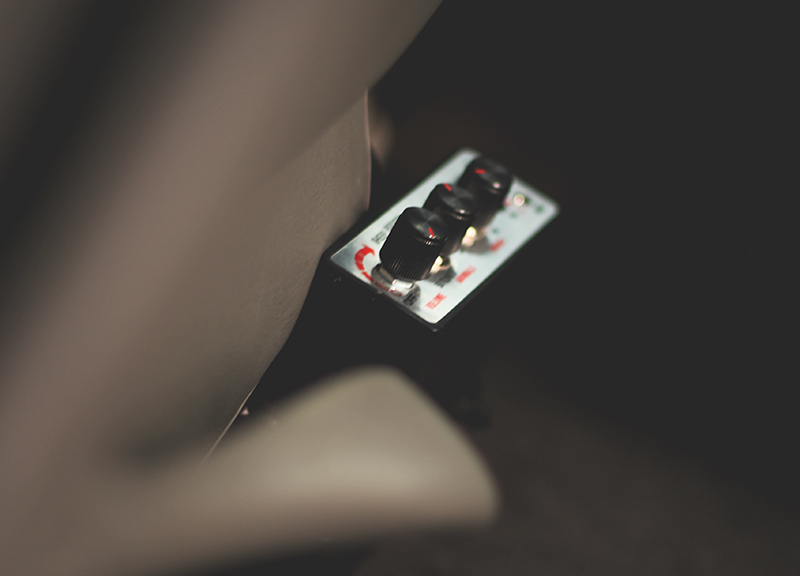 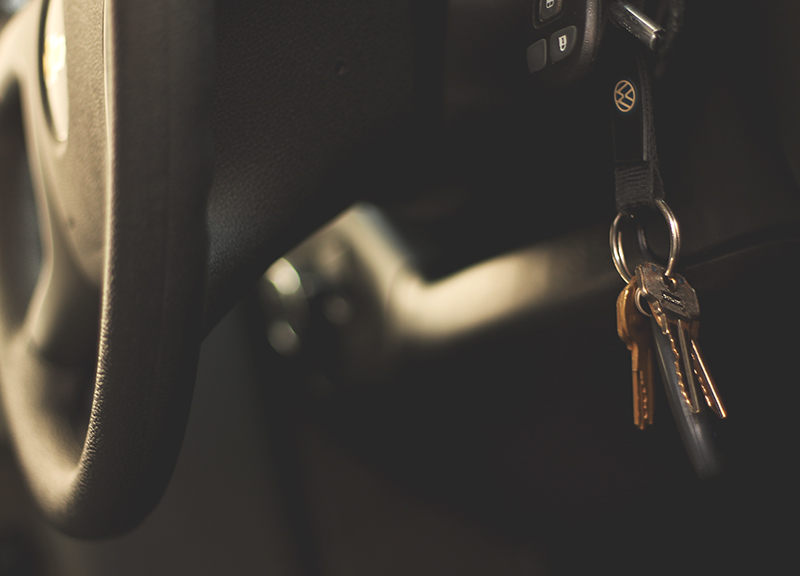 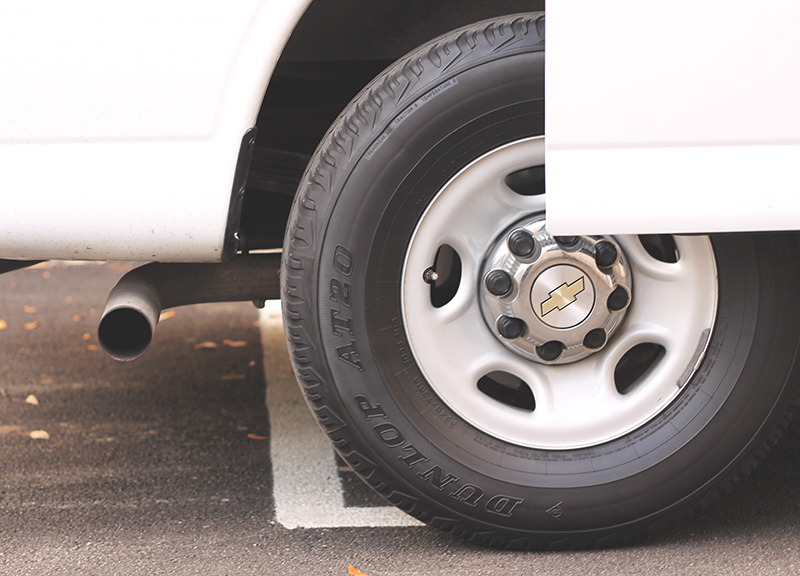 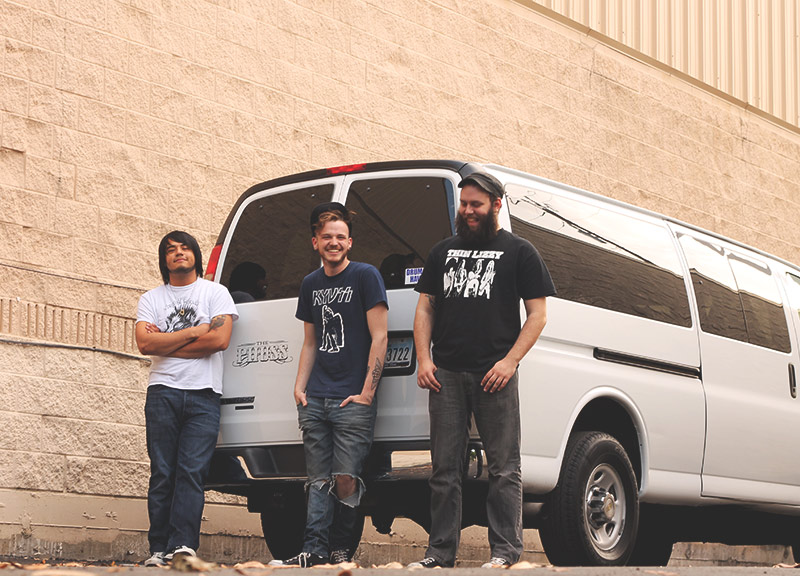