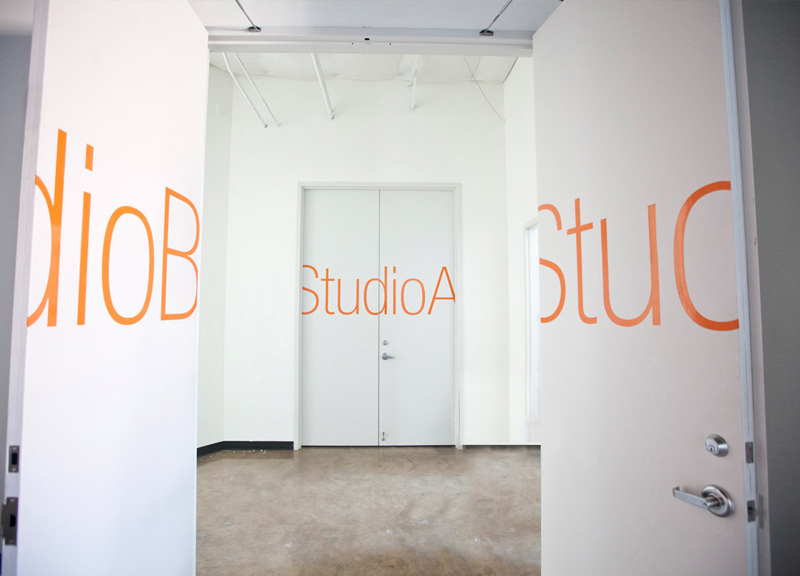 Austin Mann Talks About The Creative Co-Working Environment At WELD.

One of the first lessons that freelancers learn after deciding to work for themselves is that freedom, well, it isn't free.

For every perk that comes from working from home (see: flexible hours, no annoying bosses, no more commute) there's a handful of downsides (see: loss of regiment, more distractions, less steady income, a decline in social skills, and a much less creative output due to a decline in outside influences).

And while heading down to the local coffee shop for a few hours a day to leech off their free Internet might help alleviate some of the insanity that comes from being alone day after day, these aren't necessarily the most productive of working environments either.

Enter co-working — a relatively new concept that has been catching on slowly over the last decade. The idea is that several workers who aren't working for the same person or company come together to share the same workspace.

Unlike executive suits and incubators, both of which have been a popular and accepted model for quite some time, the new concept of co-working spaces places much more emphasis on the community being created rather than the space these types are working in.

The concept, which got its start in San Francisco sometime around 2005, eventually spread to places like Portland, Wichita, Kansas, New York and elsewhere. World-traveled local photographer Austin Mann is hoping the co-working model is one that will work well in Dallas as well. Hence, his new co-working spot, WELD.

We recently spoke with Mann about this 10,000-square-foot co-working space that he opened at 2410 Farrington Street. In our talk, he discussed the community aspect of co-working environments, the creative synergy he hopes to bring to the city and why Dallas is the perfect spot for a place like WELD.

What is your definition of a co-working space?
What I see is literally thousands of creatives in Dallas who are spread out across the city and working alone. Right now, as we are speaking, there are creatives that are thinking that they are liberated because they are not working for a big corporation. They love to be freelance, but they're sitting at home alone at home without community. They're spread out all over the city doing different things, and they're lacking inspiration, some community, and some sharpening from others. They're just very isolated. To me, this space is a great place for those people to get together, to be really productive together, and to just create together.

A big problem with freelancing is that they don't have quote-unquote co-workers that they're around all the time, influencing them creatively, or just being there to bounce ideas off of. Is part of WELD's idea to bring those people together?
In the co-working world, there's a common phrase: “Work for yourself, not by yourself.” I think that sums up a lot of what co-working is. You still get to work for yourself, but a lot of times when you work for yourself, you end up working by yourself and a lot of people don't like that.

And you see this as a more creatively fruitful environment than, say, a coffee shop where there might be several people working, but not necessarily together?
A coffee shop is great for certain things, but I don't think it's a great workspace — especially if you're trying to get things done. If you go into a Starbucks, you're going to have a loud environment, a community that you don't really know, a wobbly table that's too small, no power outlets, expensive coffee and slow Internet. What we've done is brought in killer coffee — as a member here, you get access to our coffee at no cost. We've got cold-brewed coffee, we've got hot coffee from Stumptown. We've got one of the top baristas in Dallas. We've spent a lot of time just making that awesome. We've got 20 power outlets at each table — literally 20. We've got dedicated fiber Internet coming in here.

We've also got a community that's curated, so you know when you're turning to the person next to you to ask for an idea or to bounce an idea off of that you're going to be inspired and that they're doing something that's worthwhile.

We're creating a community that's maybe half photographers. The rest are people that compliment photographers, like web developers, stylists, fashion and makeup artists, shoot producers, writers, editors and all kinds of different people that work together. I don't want to be 100 percent anything, but we want to have a really well-balanced community of people with different skill sets that are all able to complement each other and to enable each other do great things that wouldn't be able to do otherwise.

You've got all the amenities of a workspace, like all the things I already mentioned, plus office supplies, a laser printer, a physical address and all those things. And we're just able to offer a community that's able to inspire and enable each member to create. That's just something a coffee shop isn't able to recreate.

Why was Dallas chosen for the space, and why does Dallas even need a space like WELD?
The space I kind of stumbled into is just an incredible space, and that's what kind of got me dreaming about it. Then I went back to the drawing-board and said, “Is Dallas the place I want to do this?” For several reasons, I said yes. For one, the startup cost is way lower than a place like New York or Los Angeles. We've got 10,000 square feet here. If we tried to do that elsewhere, that's obviously going to be a way different price point. Secondly, I think Dallas is a little bit more communal in nature and sharing and giving than a place like New York. I lived in New York City and my experience there was a little bit more cutthroat. It was a little bit more secretive, and “I do things this way and I don't tell anybody.” Not to put all of New York in that same boat, but from a general standpoint it's not quite as cohesive to a communal atmosphere like this. I think in Dallas it's just more of a friendly, open atmosphere.

Dallas needs [WELD] because there is nothing like it here. There are co-working spaces popping up all over the country. There are 700-plus that have popped up in the last seven years. There are a couple of co-working spaces here in Dallas, but they're a little bit smaller, and they're not aimed at creatives like what we're doing. I think there's a really strong market for creative co-working here, and a need that's maybe not quite filled specifically anywhere else.

We're looking for people that are going to be parallel in mindset and in life goals. We want people with passion, whether they're an 18-year-old kid that's fresh out of high school and loves whatever creative art he's in, or someone that's an uber-pro with a portfolio that knocks everybody's socks off. It could be either, but what both would have to have in common is the fact that they want to be a resource to others, that they want to learn with others, that they want to be communal in nature. If you're an uber-pro and you want to come down here, put on your headphones at 9 a.m. and take them off at 5 p.m. and drive home, then this place probably isn't for you. We want people to be invested in each other, learning from each other and kind of harnessing the powers of each other.

For more information on WELD, visit the space's website.

All photos by Austin Mann Photography. 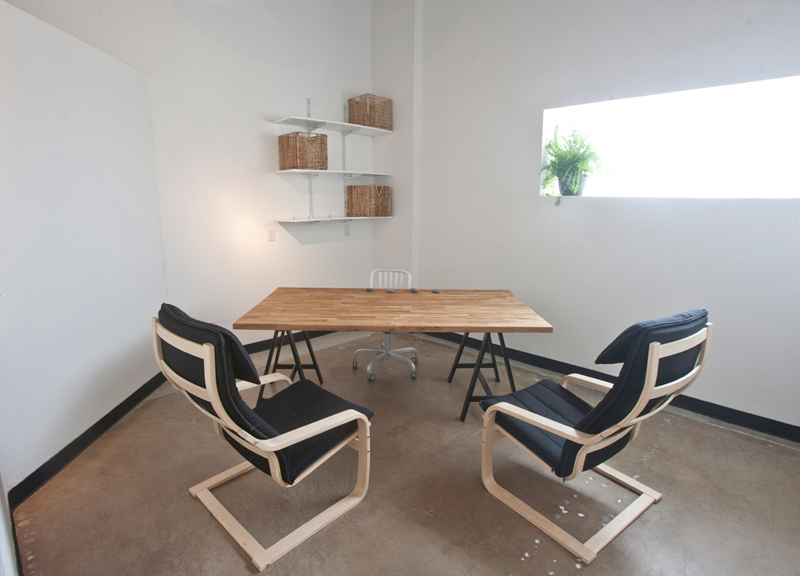 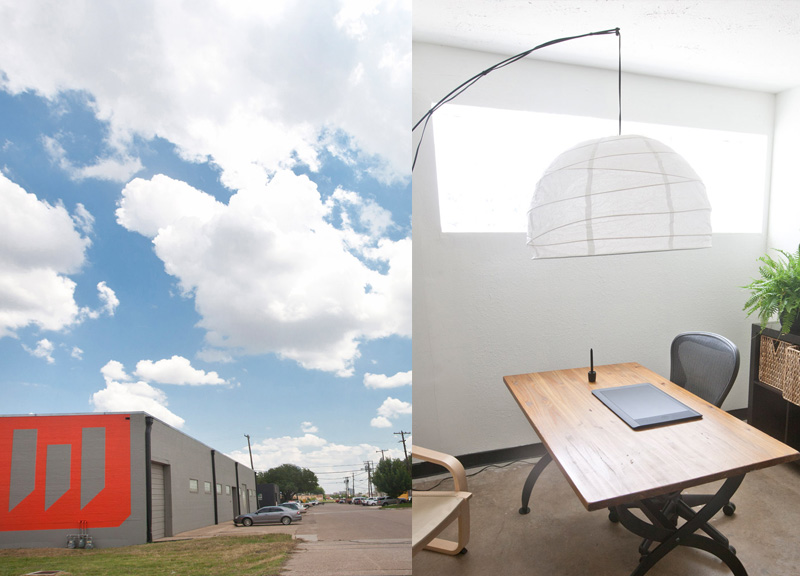 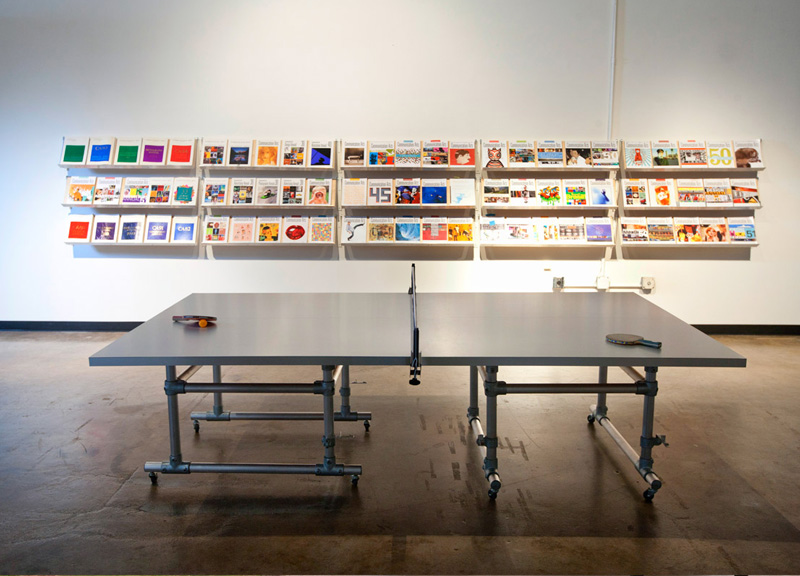 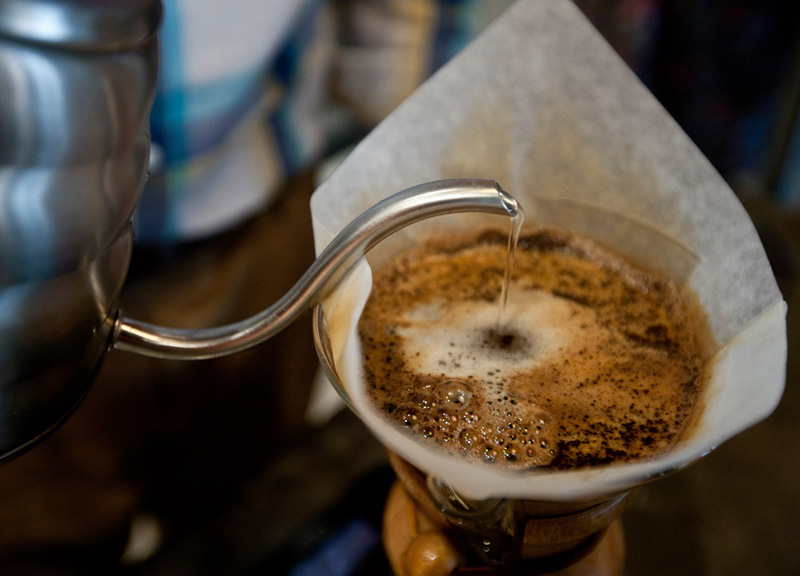 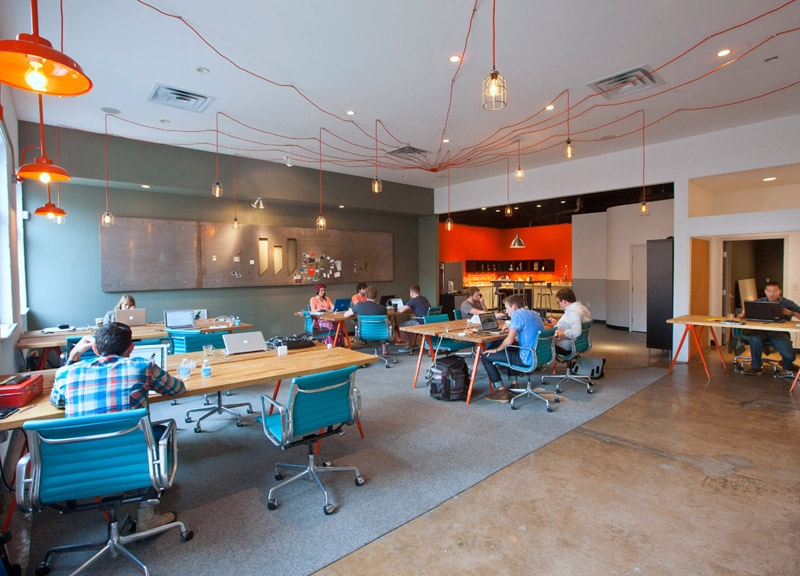 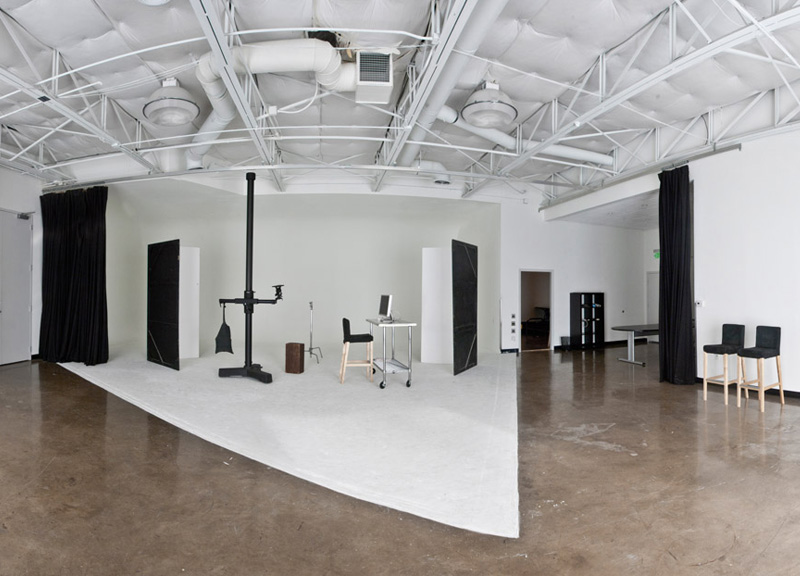 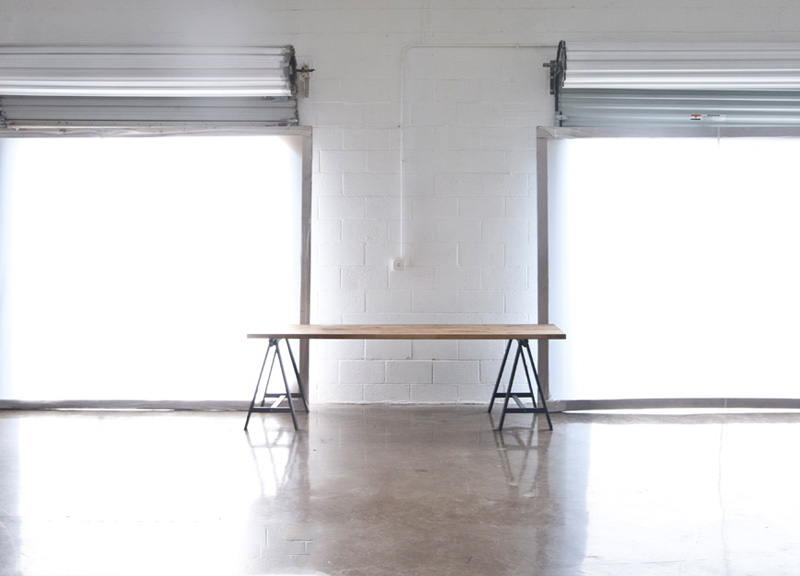 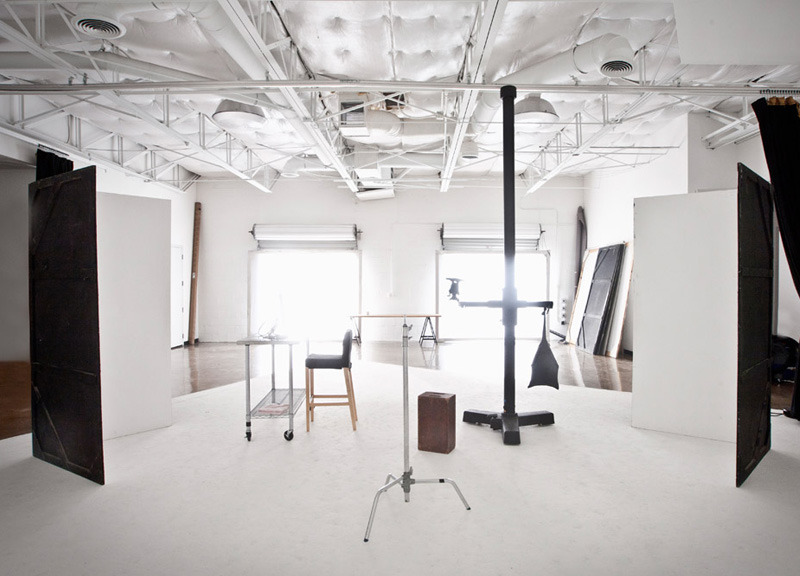 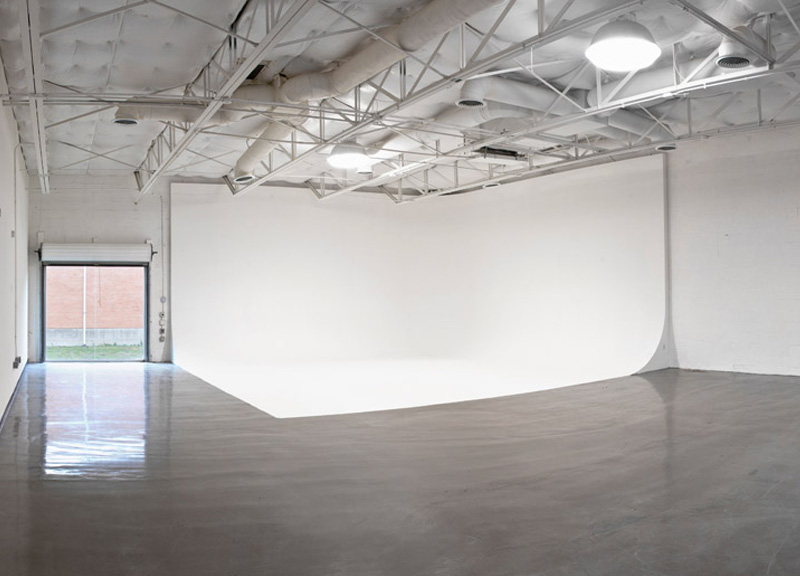 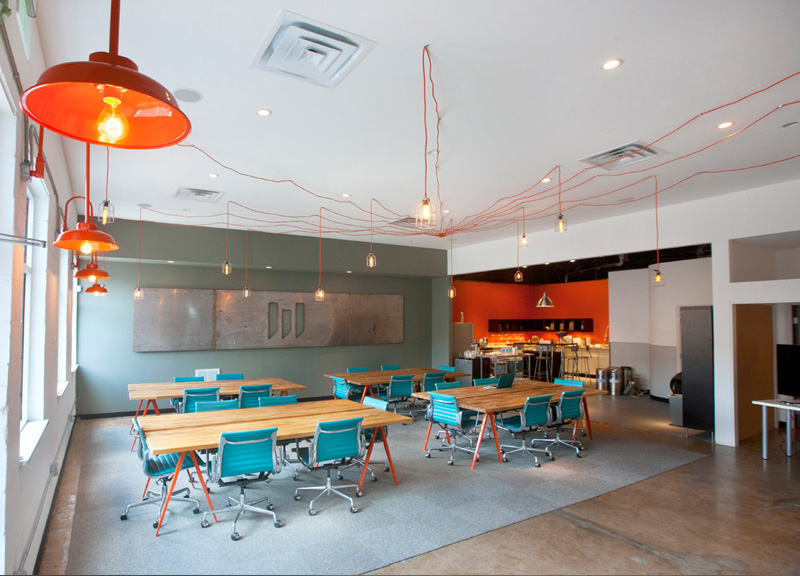