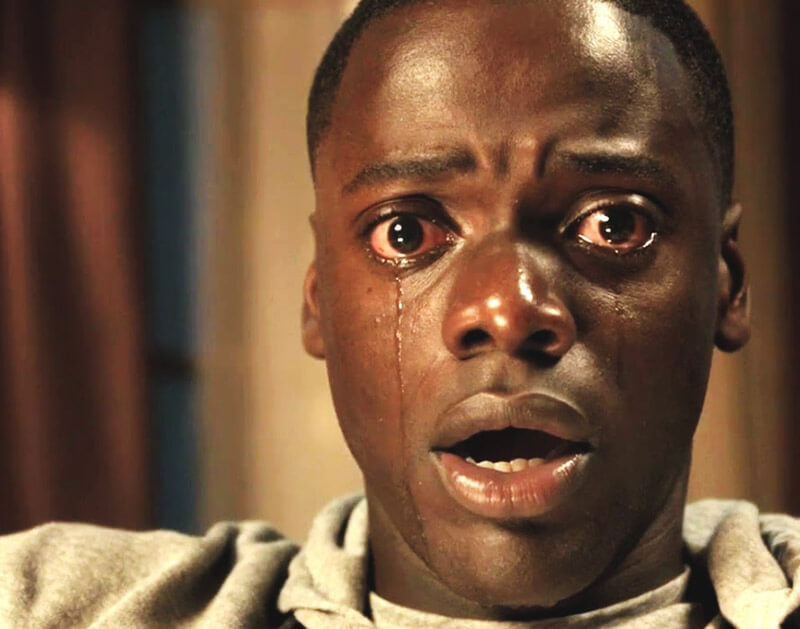 On John Wick: Chapter 2, The LEGO Batman Movie, Get Out and The Rest Of The Month’s New, Limited and Repertory Film Screenings Worth Knowing About.

In a surprising turn of events, three of my most anticipated movies of the year are all opening this month.

Listen, I don’t know how that happened, either. But I’ll try to temper my expectations. After all, the best movies aren’t supposed to be here yet. We’re supposed to have to suffer a bit longer until we get that rock-solid action movie. Or that animated movie that everyone from little kids to nostalgic young adults to senior citizens loves. Or that well-crafted horror movie that audiences and critics adore.

But they appear to have arrived a little early this year, along with a stellar documentary and some intriguing offbeat fare.

That said, let’s take a look at the movies we should be watching this month, yeah?

John Wick: Chapter 2.
Director: Chad Stahelski.
Writer: Derek Kolstad.
Cast: Keanu Reeves, Ruby Rose, Laurence Fishburne, Ian McShane.
Opens: Friday, February 10.
John Wick was one of the best action movies of recent years, but no one really saw it in theaters. Still, enough people somehow discovered John Wick after the fact to deliver us this most-welcome sequel. Though this one has a different director, I’m expecting more surprisingly detailed world-building and action scenes that are choreographed to give the violence a little grace.

The LEGO Batman Movie.
Director: Chris McKay.
Writers: Seth Grahame-Smith, Chris McKenna, Erik Sommers.
Cast: Will Arnett, Zach Galifianakis, Michael Cera, Rosario Dawson.
Opens: Friday, February 10.
When I first heard there was a LEGO movie, I was extremely skeptical. Of course I loved playing with LEGO as a kid, but how were they going to make a movie that didn’t just come off like a 90-minute commercial? Well, they did it by calling in the weirdos and refusing to play by any storytelling rules. That’s also why I’m excited for this Batman spin-off, which promises to bring some much-needed fun to Gotham City after more than a decade of darkness and dread.

A Cure for Wellness.
Director: Gore Verbinski.
Writer: Justin Haythe.
Cast: Dane DeHaan, Mia Goth, Jason Isaacs, Adrian Schiller.
Opens: Friday, February 17.
It’s basically Shutter Island, but a little more gleefully sinister. Dane DeHaan plays an executive who travels to a remote European mental hospital and ends up as a patient who discovers some horrible practices. Gore Verbinski needed a break from big Hollywood blockbusters (The Lone Ranger, the Pirates franchise) to get back to some of his delightfully weird genre projects like The Weather Man and Mouse Hunt.

Get Out.
Director: Jordan Peele.
Writer: Jordan Peele.
Cast: Daniel Kaluuya, Allison Williams, Bradley Whitford, Catherine Keener.
Opens: Friday, February 24.
Jordan Peele, one half of the supremely talented Key & Peele comedy duo, makes his directorial debut with this unsettling social satire. A black man goes to meet his white girlfriend’s parents, who are polite at first but increasingly strange. If this project hits all its marks, it might end up being one of the best movies of the year.

Julieta.
Director: Pedro Almodóvar.
Writer: Pedro Almodóvar.
Cast: Emma Suárez, Adriana Ugarte, Daniel Grao, Imma Cuesta.
World-renowned Spanish director Pedro Almodóvar gets back to the dramedies where he made his name, following some diversions into campy territory (I’m So Excited! and The Skin I Live In). Based on short stories by Nobel Prize-winner Alice Munro, the title character is a woman who gave her daughter up for adoption but reconnects with her in adulthood.

The Salesman.
Director: Asghar Farhadi.
Writer: Asghar Farhadi.
Cast: Taraneh Alidoosti, Shahab Hosseini, Babak Karimi, Mina Sadati.
Iranian director Asghar Farhadi has a real knack for making everyday issues feel monumental and heavy. His Oscar-winning 2011 film A Separation is one of the best movies I’ve ever seen. He could win another Academy Award this year for his latest, about a couple who experience severe trauma while rehearsing for a production of Death of a Salesman.

I Am Not Your Negro.
Director: Raoul Peck.
One of the best documentaries of 2016, this Oscar nominee takes James Baldwin’s notes from an unfinished book about MLK, Malcolm X and Medgar Evers, and turns it into a powerful statement on race relations in America that’s decades old but still sadly feels timely.

Academy Award Nominated Short Films.
Directors: Various.
Writers: Various.
Frequently, the hardest Oscar nominees to see are the short films. But, thankfully, Shorts HD has collected the nominees into one showcase (for Animated, Live-Action and Documentary Shorts) for the past several years. They certainly won’t be like any of the other nominees you’ve seen in the past year.

Trainspotting.
Director: Danny Boyle.
Writer: John Hodge.
Cast: Ewan McGregor, Ewen Bremner, Jonny Lee Miller, Robert Carlyle.
Playing At: Inwood Theatre.
Showing: Friday, February 3 and Saturday, February 4.
One of the wildest movies to come out of Europe in the ’90s was this adaptation of Irvine Welsh’s novel about lovable degenerates in Glasgow, Scotland. The Inwood is bringing it back as a midnight movie to get you amped up for the sequel, which comes out in March.

Jackie Brown.
Director: Quentin Tarantino.
Writer: Quentin Tarantino.
Cast: Pam Grier, Robert Forster, Samuel L. Jackson, Robert De Niro.
Playing At: Texas Theatre.
Showing: Saturday, February 18.
My favorite Quentin Tarantino movie is the only one he didn’t write himself. His adaptation of Elmore Leonard’s Rum Punch is an exhilarating homage to the Blaxploitation movies of the 1970s with Pam Grier and Robert Forster getting the complex roles that were always denied them. See it for yourself as part of Texas Theatre’s Pam Grier tribute, which includes a showing of Foxy Brown beforehand and a Soul Train-themed dance party afterward.

The Kid.
Director: Charlie Chaplin.
Writers: Charlie Chaplin.
Cast: Charlie Chaplin, Edna Purviance, Jackie Coogan, Carl Miller.
Playing At: Dallas City Performance Hall.
Showing: Tuesday, February 21.
One of Charlie Chaplin’s undisputed masterpieces, The Kid is his first film and his sweetest. The Tramp tries to take care of an orphan boy despite his meager means, forming a bond that feels so real despite no dialogue being spoken. The Dallas Chamber Symphony will perform a new score for the film following a performance of some unrelated but impressive pieces.