Waco’s Balcones Distilling Is Rightly Proud Of Its Lineage. 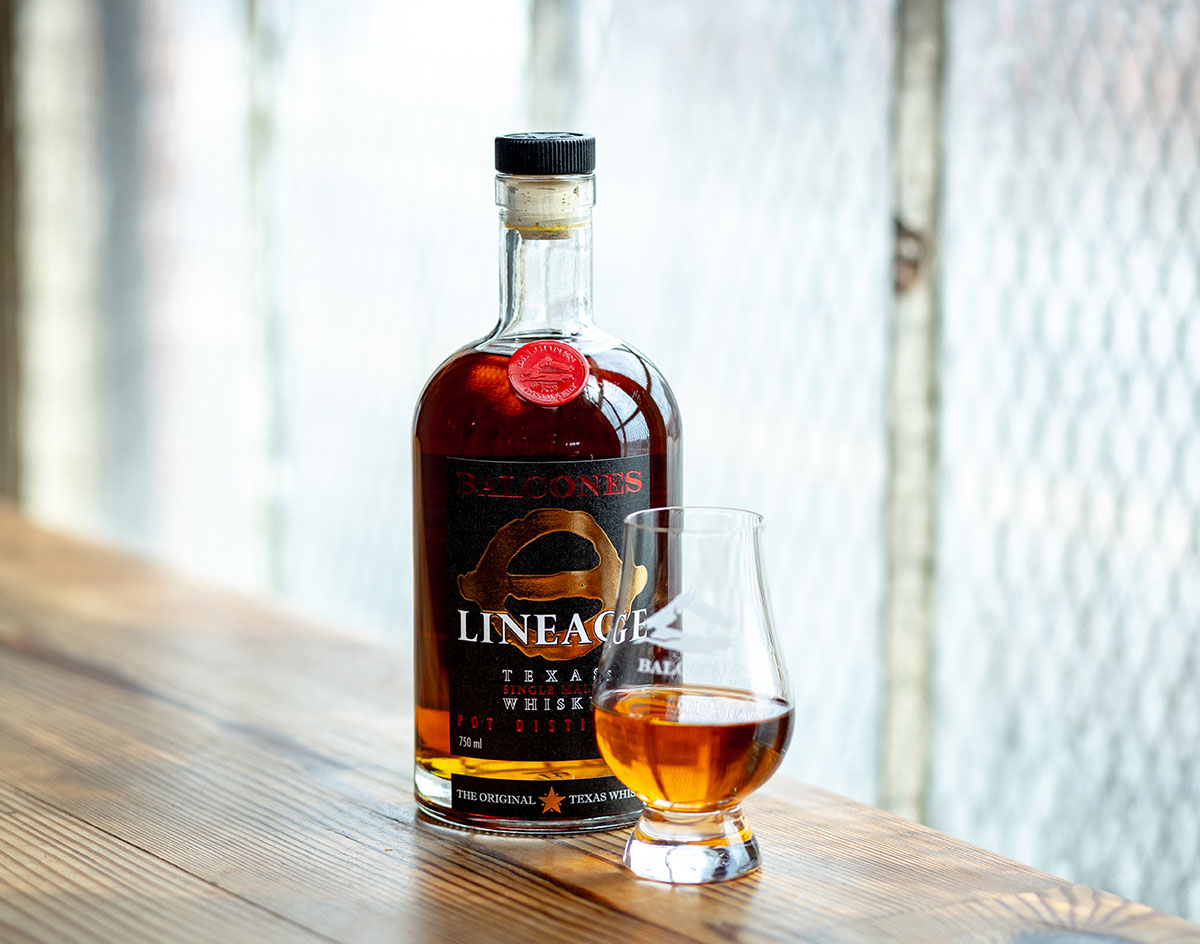 The First Post-Prohibition Distillery In The State’s Lineage Offering Is An Award-Winning, Approachable Homage To Whiskey’s Old World Past & Texas Future.

WACO — It’s a warm early October day in Texas, and Balcones Distilling’s operations are humming along at full bore. All seems to be going just as it’s supposed to this morning at the ever-growing company behind the first, and finest, post-Prohibition whiskeys in the Lone Star State.

For the distillery he manages — housed within the 1923-built, landmark Texas Fireproof Storage Co. building located along the flourishing 11th Street corridor in this fast-changing Central Texas city — it’s just another day in booze-tinged paradise.

Balcones’ four-floor, state-of-the-art and open-to-the-public main headquarters is a warm and welcoming facility — one that the 2008-launched, groundbreaking and award-winning brand crafted in its own image after acquiring the property in 2011 before eventually shifting its operations here in 2016, just a stone’s throw or two away from its original, much smaller, building located a few blocks to the southwest. 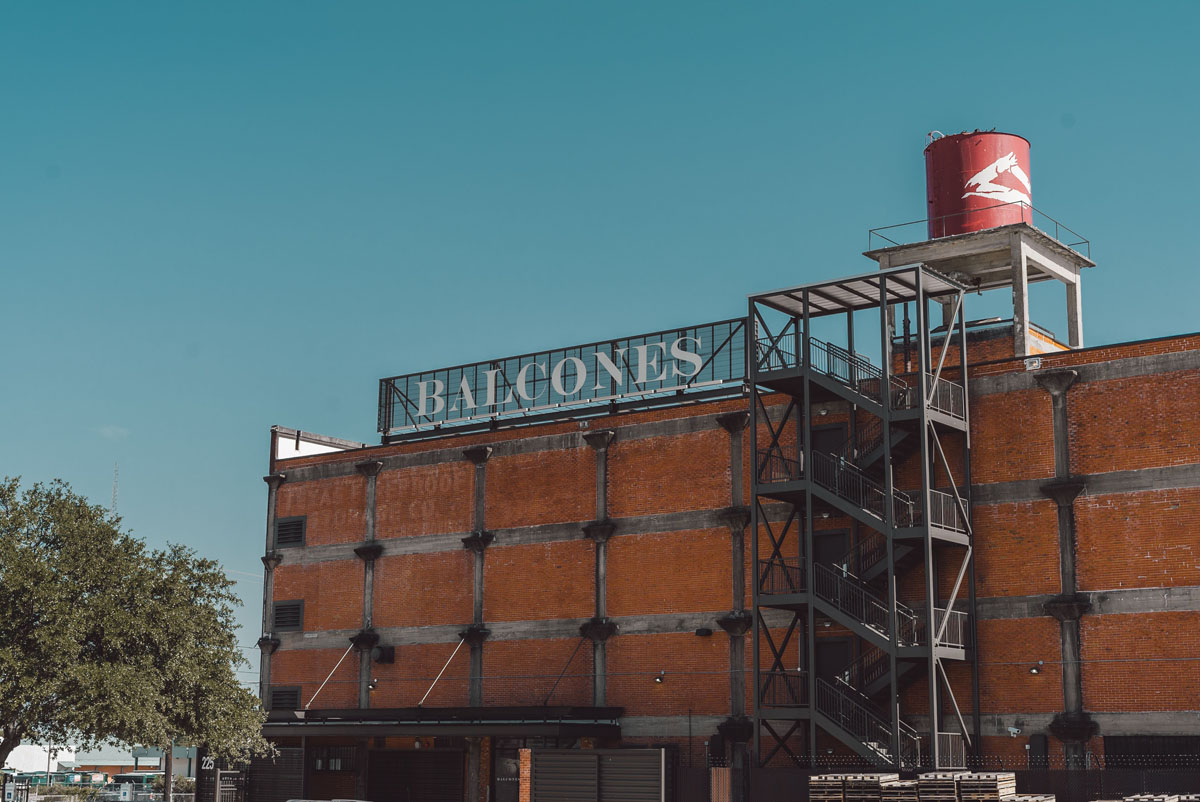 Five years on from that move, the mustachioed Mote walks about the distillery on this day, checking various consoles located throughout the building and taking note of the readings they share about the process he oversees. Mote’s been with Balcones since 2015, and he slowly worked up to his current role of managing the ins and outs of Balcones’ daily distilling method.

His career trajectory within the company isn’t unlike that of the coming-of-age of the spirits he produces, really. Much like the lauded spirits it carefully crafts, Balcones itself has really come into its own over time.

This morning, Mote seems pleased enough by what he’s seeing on those aforementioned production-tracking screens, and also in the team that’s working all manner of machinery. In all, it’s nine-day process to take the often Texas-sprung barley and corn that Balcones acquires from grain to spirit, Mote points out. 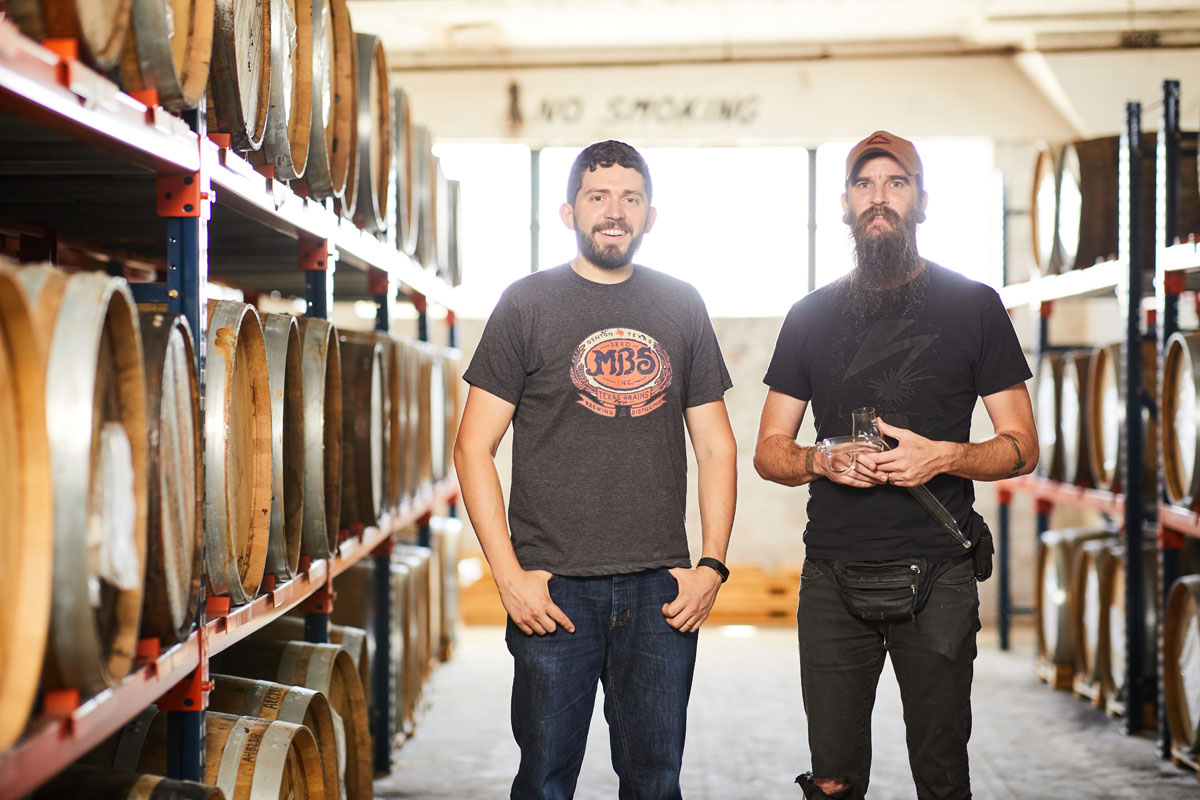 But this, of course, is just the start of a longer process for each creation Balcones comes up with. The spirits Mote’s currently watching over today won’t even sniff a liquor store shelf or consumer for another two years — at the very least.

It wasn’t always this way. When Balcones first broke onto the scene to immediate acclaim in the late ’00s, its very first offering — Baby Blue Corn Whisky — only endured a six-month aging process as part of a mad dash to get to market. As Balcones grew older, though, so too did its spirits’ aging requirements and possibilities. In time, Balcones was able to carve out a 12-month aging for its flagship spirit spirit. Soon after, the distillery was able to grant Baby Blue the full two-year aging it now receives, making it among the shorter development stretches Balcones affords the 20 to 30 different labels it has on the market at any given time.

By nature, spirits distilling is a hurry-up-and-wait game — a balancing act of meticulous up-front care and delayed gratification. The most intricate spirits require ample time to be stored in hand-crafted barrels while developing their appropriate character.

As an outsider, it’s easy to get swept up in the romance of it all. Even a guy like Mote who’s here every day can’t help but get bit by that bug from time to time.

“Two years from now, this building will be turning 100 years old,” Mote says, his mind racing as he walks through the factory space, explaining each piece of equipment’s purpose and smiling at the long con of it all. “We’re definitely going to have some sort of special release to go with that anniversary.” 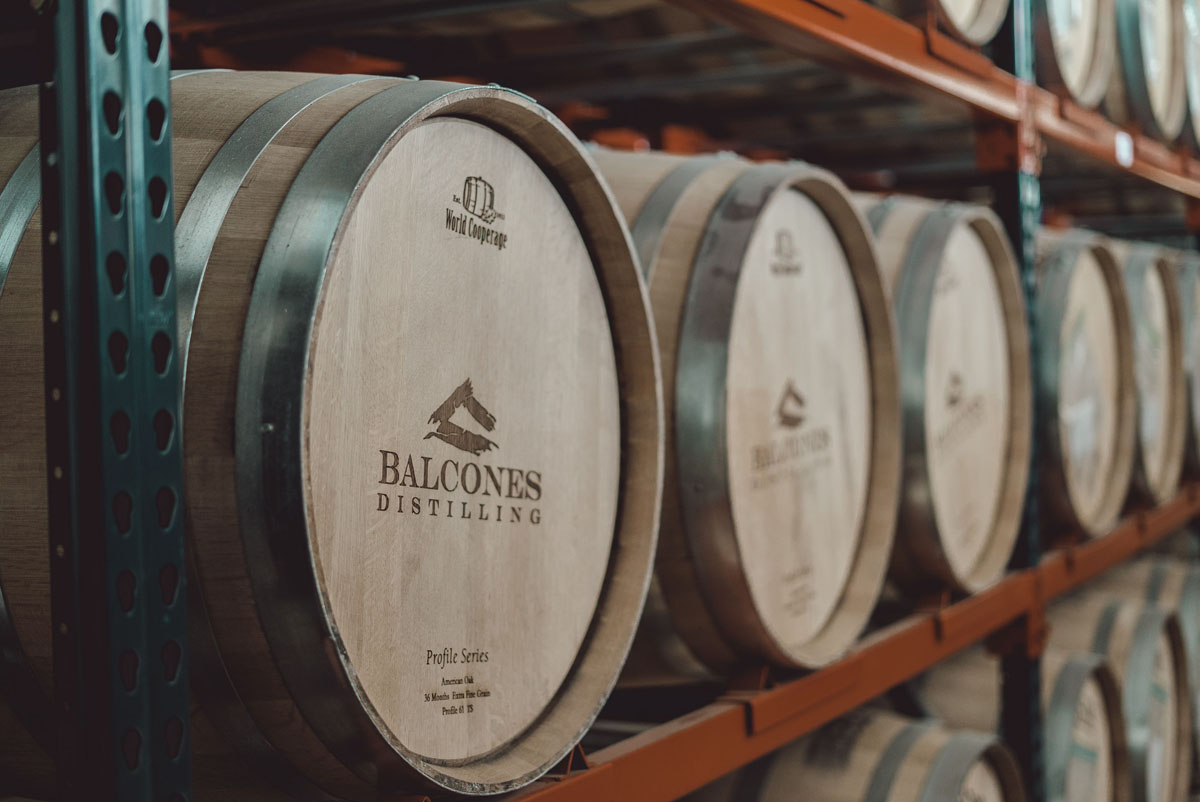 In due time. Back in this current 2021 moment, though, the spirit closest to Balcones’ heart is an effort that got its start back in 2018. Appropriately called Lineage, this single-malt offering is a three-years-in-the-making product that aims to tell Balcones’ 13-year story to date — and there’s plenty to be excited about here, too.

Launched to market in late 2020 as the latest year-round offering from the distillery, Lineage Texas Single Malt Whisky pays homage to the single-malt, old-world scotches that inspired Balcones’ launch while at the same time serving as a celebration of the brand’s deep Texas roots. It’s made with both Simpsons Golden Promise-malted barley from Scotland and malted barley grown sourced from the Texas high plains, then aged at least 36 months in the American single-malt tradition of new oak barrels, as well as the Scottish tradition of reused ones. It’s a combination of everything that excites the Balcones team about whiskey’s past as well as its future. 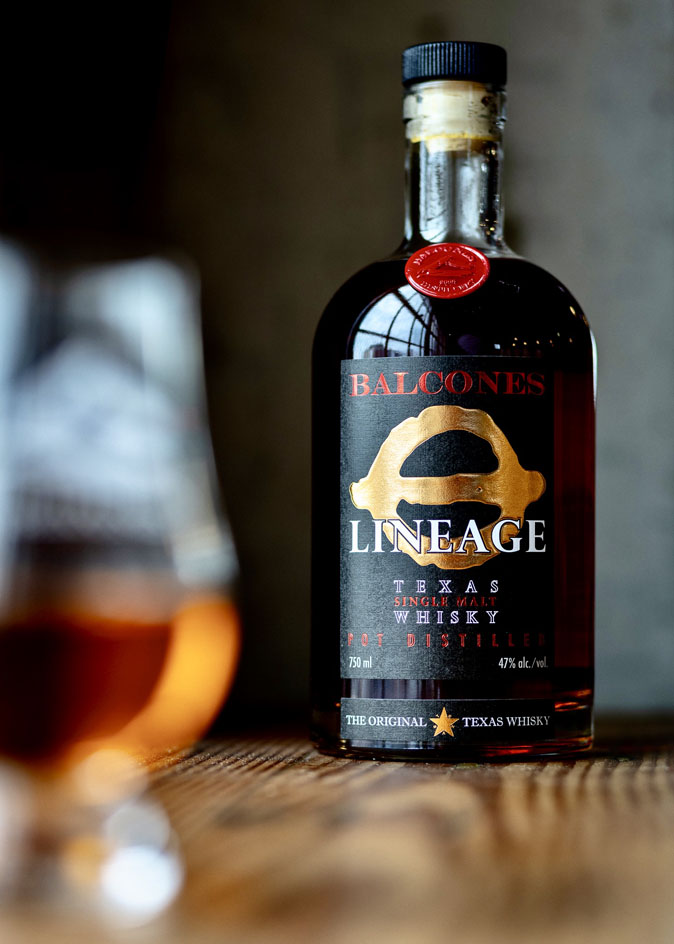 In many ways, Lineage tells the story of Balcones.

“I think of it like mom and dad coming together,” Balcones spirits manager Gabriel RiCharde says while sipping on a neat pour of Lineage in the company’s blending and quality control lab. “We really see Lineage as being a product with legs.”

It’s been running out of the gate, too. The top-selling American single malt whiskey in the country, Lineage is also the first American single malt to be named to Whisky Advocate‘s Top 20 global list. Oh, and not for nothing, but it also won double golds at the San Francisco World Spirits Competition and was named “Best in Class” at the renowned Whiskies of the World tasting earlier this year.

For all those distinctions, Lineage also has another leg up on its competition: Its $40 suggested price point makes it far more approachable than other products that dabble in the same space. As such, it’s noticeably more complex than other options available on the market in the same price range. Up-front and bright with an almost tropical sweetness on the nose, Lineage boasts a honey-like sweetness, oaky smokiness and nutty spiciness on the tongue.

There’s a lot going on here, providing plenty for the sense to explore.

“Lineage could easily be a $50 or $60 bottle,” RiCharde says. “But we really wanted as many people as possible to experience it.”

Zigging like that where others zag is a big part of the Balcones brand. It’s what RiCharde says drew him to join the team himself a few years back, anyway. It’s how the idea for Lineage came to pass in the first place, too.

It’s that kind of thinking that keeps the Balcones team and its loyal consumers excited not just about what it currently has on the market, but what might come down the road too. 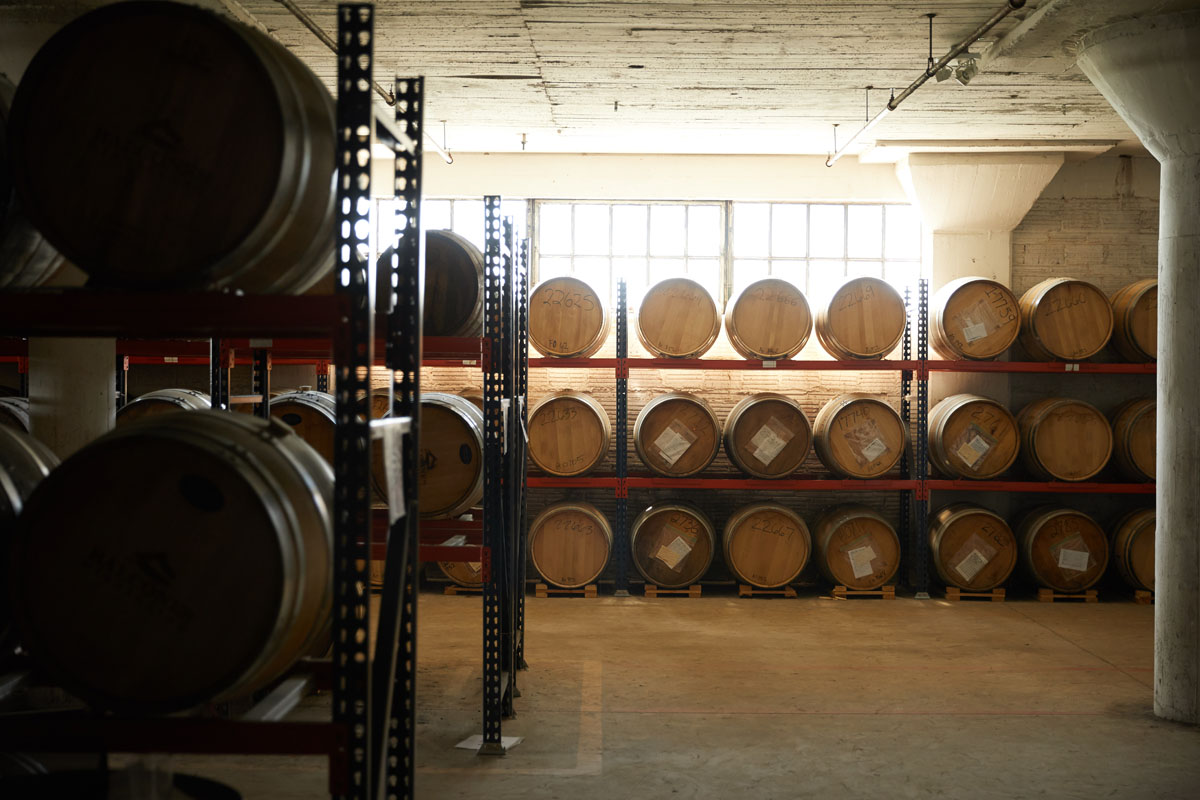 To hammer that point home, RiCharde motions to the dozens of small, spirits-filled containers that cover the massive wooden table that takes up most of the space in this upstairs Balcones lab. Each of these boasts a sample of a different spirit, at a different point in its aging process, from a different barrel. Their colors are vastly varied. So too, RiCharde says, are their flavor profiles. What each of those samples could one day become is still something of a mystery to the team.

Maybe some of them, another couple years down the line, could one day become part of Lineage or another evolution of its spirit?

It’s a great perspective to have when things are already going pretty good on another day in paradise at the Balcones distillery.

Yes, here in Waco, everything is humming along just fine indeed. 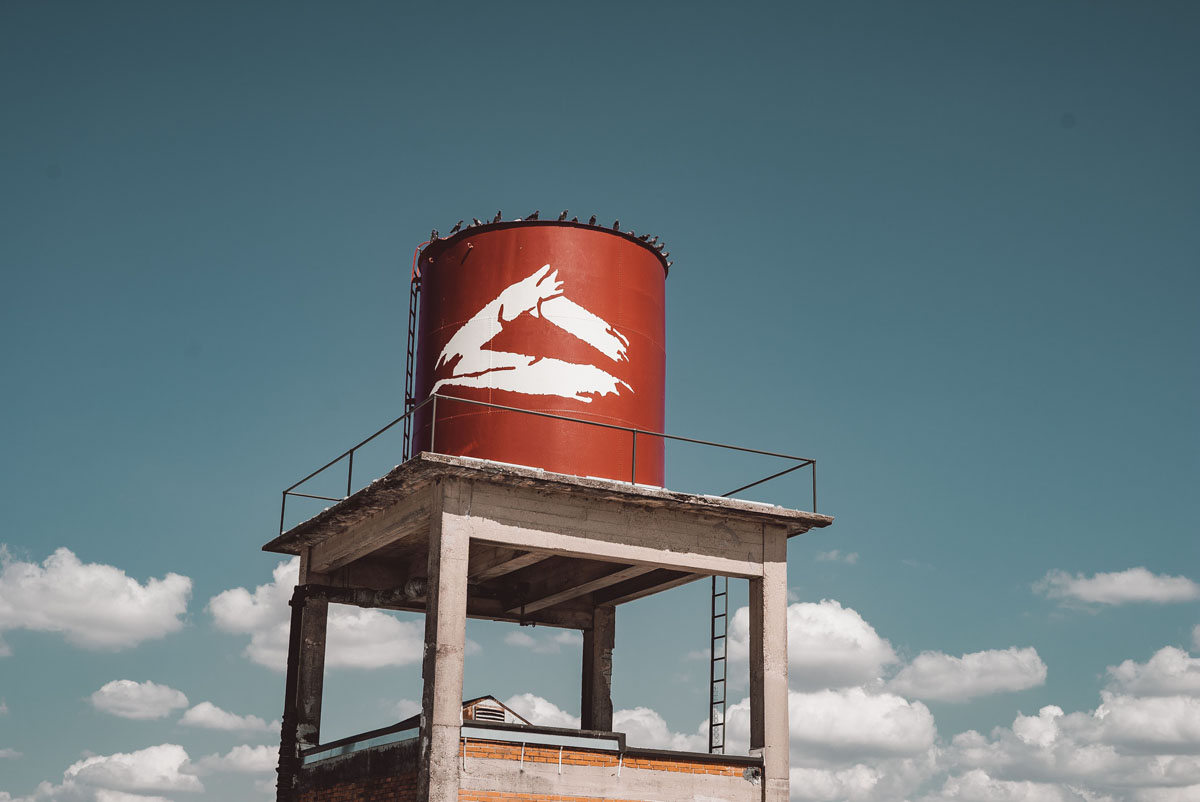 All photos courtesy of Balcones Distilling.