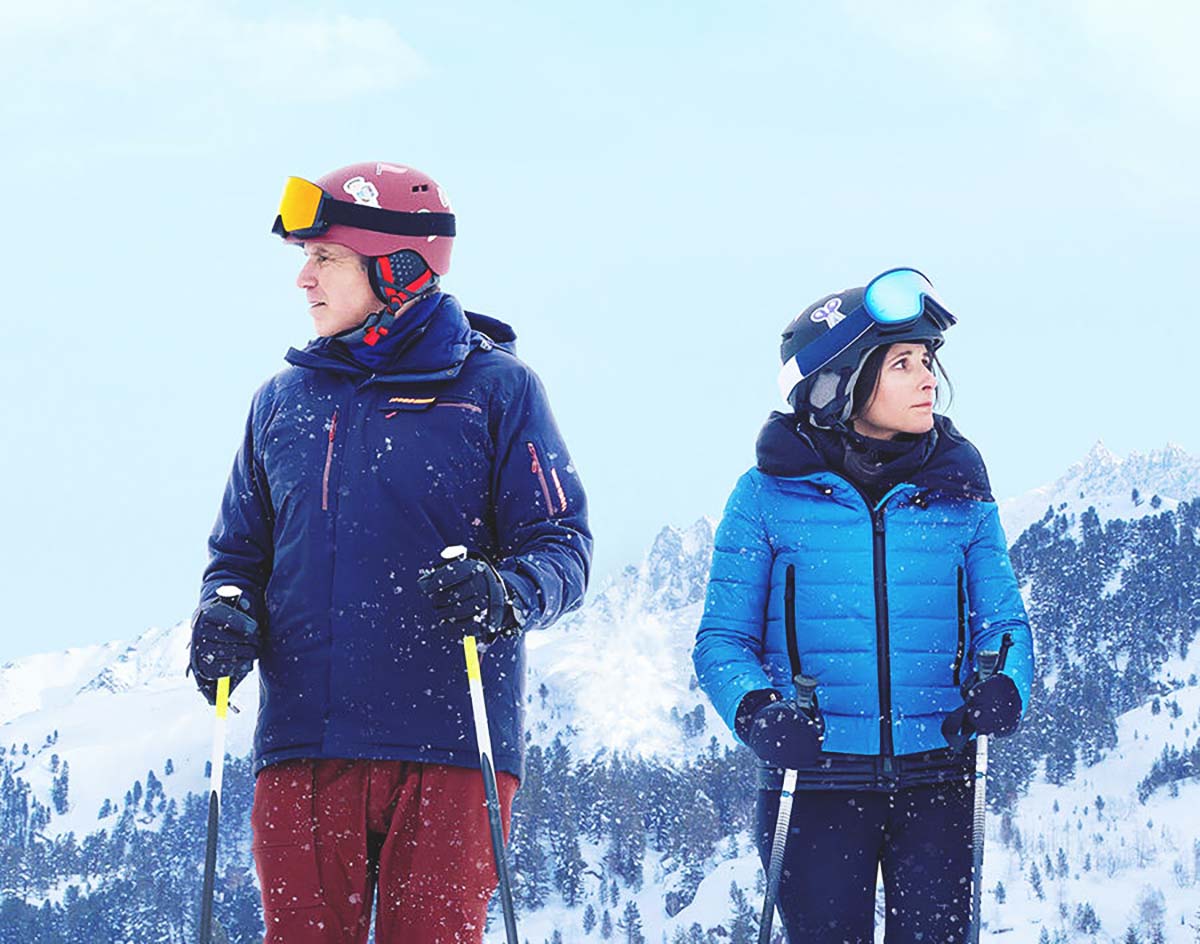 On Downhill, Emma, The Photograph And The Rest Of February 2020’s Top New Releases, Limited Showings And Repertory Screenings Around Dallas.

After a January that seemed like it would never end, February has arrived with an extra day — and a surprisingly strong assortment of movies.

While there are still far too many comic book movies and remakes in this month’s slate, there’s at least an original romance – starring two very funny black leads! – arriving just in time for Valentine’s Day.

Also? One of the best movies of 2019 (Portrait of a Lady on Fire) finally hits Dallas this month, along with a rare film that was actually shot here (VFW) that’ll open at the Texas Theatre.

Plus, if you’re just looking for the essence of cool onscreen, it’s hard to beat this month’s repertory offerings of Drive and North by Northwest.

Here’s a more in-depth look at the month of cinema to come.

Birds of Prey.
Director: Cathy Yan.
Writer: Christina Hodson.
Cast: Margot Robbie, Mary Elizabeth Winstead, Jurnee Smollett-Bell, Ewan McGregor.
Opens: Friday, February 7.
After an extremely rough go for its first few years, the DC Extended Universe seems to have figured things out, mostly by delivering fun, low-stakes versions of its properties — like Shazam! and Aquaman. Ditching everything that didn’t work about the first Suicide Squad film (read: basically everything) and keeping what worked (Margot Robbie’s Harley Quinn), this sequel-of-sorts finds the newly single force of nature teaming up with other female antiheroes like Huntress (Mary Elizabeth Winstead) and Black Canary (Jurnee Smollett-Bell) to fight back against crime boss Black Mask (Ewan McGregor). This looks like the dark but candy-colored vision that I hoped Suicide Squad would deliver. Our own Javier Fuentes’ review says that’s indeed the case.

Downhill.
Directors: Nat Faxon, Jim Rash.
Writers: Nat Faxon, Jim Rash, Jesse Armstrong.
Cast: Will Ferrell, Julia Louis-Dreyfus, Zach Woods, Miranda Otto.
Opens: Friday, February 14.
Remaking any foreign-language film – particularly one as well-regarded as Force Majeure – for American audiences is always going to be tricky, but I have faith in this Oscar-winning pair. Here, Will Ferrell and Julia Louis-Dreyfus bring their A-games as a couple at their wits’ end on a ski trip that goes awry when Ferrell’s character abandons his family amidst an avalanche.

The Photograph.
Director: Stella Meghie.
Writer: Stella Meghie.
Cast: Issa Rae, LaKeith Stanfield, Rob Morgan, Lil Rel Howery.
Opens: Friday, February 14.
Even if this indulges in every romantic melodrama cliché, I’m absolutely down for a movie with this cast. Issa Rae (HBO’s Insecure) plays the daughter of a great photographer who had many relationships, but none that lasted. LaKeith Stanfield (Knives Out) plays the writer doing a piece on a new exhibit honoring her mom’s work. Can they put aside their baggage to create something real? Well, of course! But I’m still going to see it.

The Invisible Man.
Director: Leigh Whannell.
Writer: Leigh Whannell.
Cast: Elisabeth Moss, Aldis Hodge, Oliver Jackson-Cohen, Harriet Dyer.
Opens: Friday, February 28.
Y’all remember the Dark Universe? The big series of movies that was supposed to kick off with Tom Cruise’s The Mummy and that featured Russell Crowe as Dr. Hyde? No? Well, no one else does either, and that’s why Universal has pivoted to much-smaller reboots, starting with this thriller from Leigh Whannell (Upgrade) that looks a lot more like Sleeping with the Enemy than most modern horror efforts. Elisabeth Moss, the queen of on-screen emotional breakdowns, plays a woman who escaped an abusive relationship only for her ex to turn himself invisible so he can terrorize her after his “death.”

Emma.
Director: Autumn de Wilde.
Writer: Eleanor Catton.
Cast: Anya Taylor-Joy, Miranda Hart, Mia Goth, Bill Nighy.
Did we need another version of Jane Austen’s beloved comedy when we already have the 1996 version and Clueless? Probably not, but this looks like another very funny, detailed adaptation and should make a great companion to Whit Stillman’s recent Love & Friendship.

The Lodge.
Directors: Severin Fiala, Veronika Franz.
Writers: Severin Fiala, Veronika Franz, Sergio Casci.
Cast: Riley Keough, Richard Armitage, Jaeden Martell, Lia McHugh.
From the directors of the ultra-creepy Goodnight Mommy comes this claustrophobic horror flick. Riley Keough plays Grace, the new girlfriend of Richard (Richard Armitage). When he has to leave their vacation to a remote cabin unexpectedly, she agrees to watch the kids for a few days. Then things start going bump in the night, and they seem to have something to do with the cult Grace escaped as a teenager.

Portrait of a Lady on Fire.
Director: Céline Sciamma.
Writer: Céline Sciamma.
Cast: Noémie Merlant, Adéle Haenel, Luána Bajrami, Valeria Golino.
This acclaimed French film won multiple awards at the Cannes Film Festival but somehow came up shorthanded at the Oscars. The vibrant love story features breathtaking cinematography and stars Noémie Merlant as Marianne, an artist hired to complete the portrait of a difficult heiress (Adéle Haenel). The two fall deeply in love, but in 18th Century Europe that’s not the easiest thing to be open about.

VFW.
Director: Joe Begos.
Writer: Max Brallier, Matthew McArdle.
Cast: Martin Kove, Stephen Lang, William Sadler, Fred Williamson.
Filmed on location in Dallas, this horror flick will play exclusively at Texas Theatre. After a young woman seeks shelter from some thugs in the bar, the veterans there place their sanctuary on lock down and face off against the vicious gang she stole as they come to reclaim their drugs and exact revenge. Expect a gory good time.

In the Mouth of Madness.
Director: John Carpenter.
Writer: Michael De Luca.
Cast: Sam Neill, Jurgen Prochnow, Julie Carmen, Charlton Heston.
Playing At: Alamo Drafthouse Cedars.
Showing: Tuesday, February 11.
John Carpenter has made plenty of truly terrifying movies. But few of them capture the feeling of actually being a nightmare like this twisty horror flick. Sam Neill plays an insurance investigator tasked with tracking down reclusive author Sutter Cane, only to find himself in an actual sinister plot.

North by Northwest.
Director: Alfred Hitchcock.
Writer: Ernest Lehman.
Cast: Cary Grant, Eva Marie Saint, James Mason, Martin Landau.
Playing At: Tuesday, February 25.
Showing: The Magnolia.
Smack in the middle of Hitchcock’s incredible three-movie run – Vertigo came out the year before and Psycho the year after – this action thriller remains one of the most entertaining movies ever made. Framed for a murder he didn’t commit, Cary Grant is completely believable as an everyman caught in the wrong place at the wrong time, even as the situation he finds himself in gets increasingly ridiculous. The crop duster scene alone is worth seeing on the big screen.

Portrait of Jason.
Director: Shirley Clarke.
Playing At: Texas Theatre.
Showing: Wednesday, February 26.
PSA (Pleasure Style Attitude) kicks off its new series on queer films with this essential documentary about Jason Holliday, a performer, raconteur and sex worker who shared his wild (and possibly fictitious) tales for anyone who would hear. Tickets are pay-what-you-want and in partnership with the City of Dallas Office of Cultural Affairs.