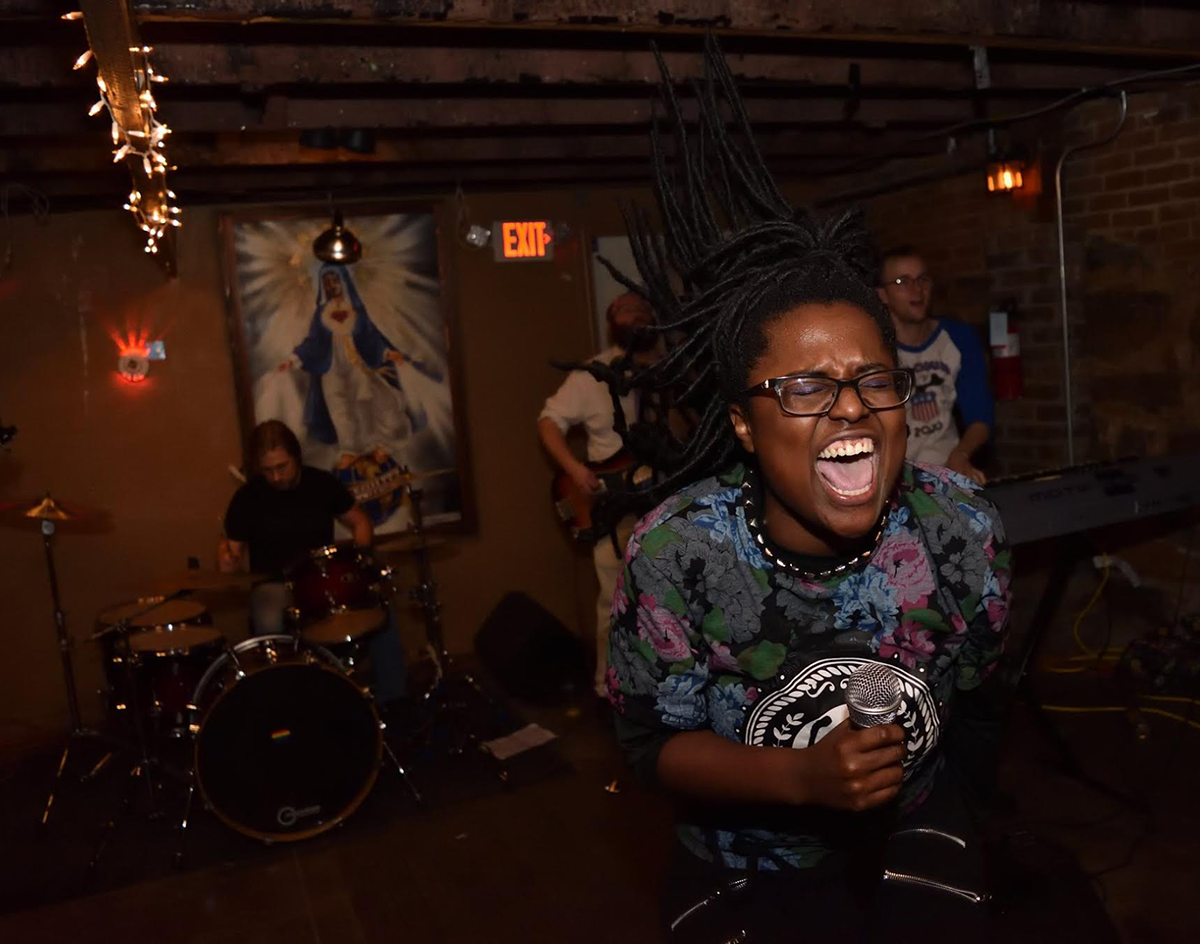 Mutha-Falcon – “Ego Trip”
RIYL: FIDLAR, Public Enemy, Noogy.
What else you should know: Formerly known as Millennial Falcon, Mutha-Falcon’s name change came about — among other reasons — after a lineup change resulted in the band no longer being solely comprised of millennials. Disney be damned!

Since 2017, the punk band has been tearing through the Denton scene as if it were on a devout mission to deliver “punk for the people.” Led by rowdy vocalist and front-woman Diya Craft, and lead guitarist Landon Markle, the band describes itself as a futuristic blend of old school rap and punk rock immersed in social commentary relevant to generational struggles in the modern socio-political atmosphere.

“Ego Death” represents a ferocious criticism of the “small-town ego,” and the pretentiousness innate in complacency built on party favors. Craft opens the track with “One-two-fuck you,” getting straight to the point.

“Ego the size of the state and zip codes/It’s not the 90210,” she projects on the song. “Plenty of things money can’t buy/Like a new attitude/Since you cannot act right.”

Craft’s transgressions are reduced to fervent reductionism, coupled with blisteringly heavy metal guitars reminiscent of Motorhead before veering into a soulful, southern-fried blues inflection before finally breaking it down at the expense of her lyrical object’s fragile ego.

“Ego Death” is the first follow-up release to Mutha-Falcon’s 2019 EP, The Book of Falcon: Vol 1. The band’s next release, The Book of Falcon: New Testament is currently in the works, and is expected to drop in Fall. Until then, we’ll have enough thrash from this one to hold us over.