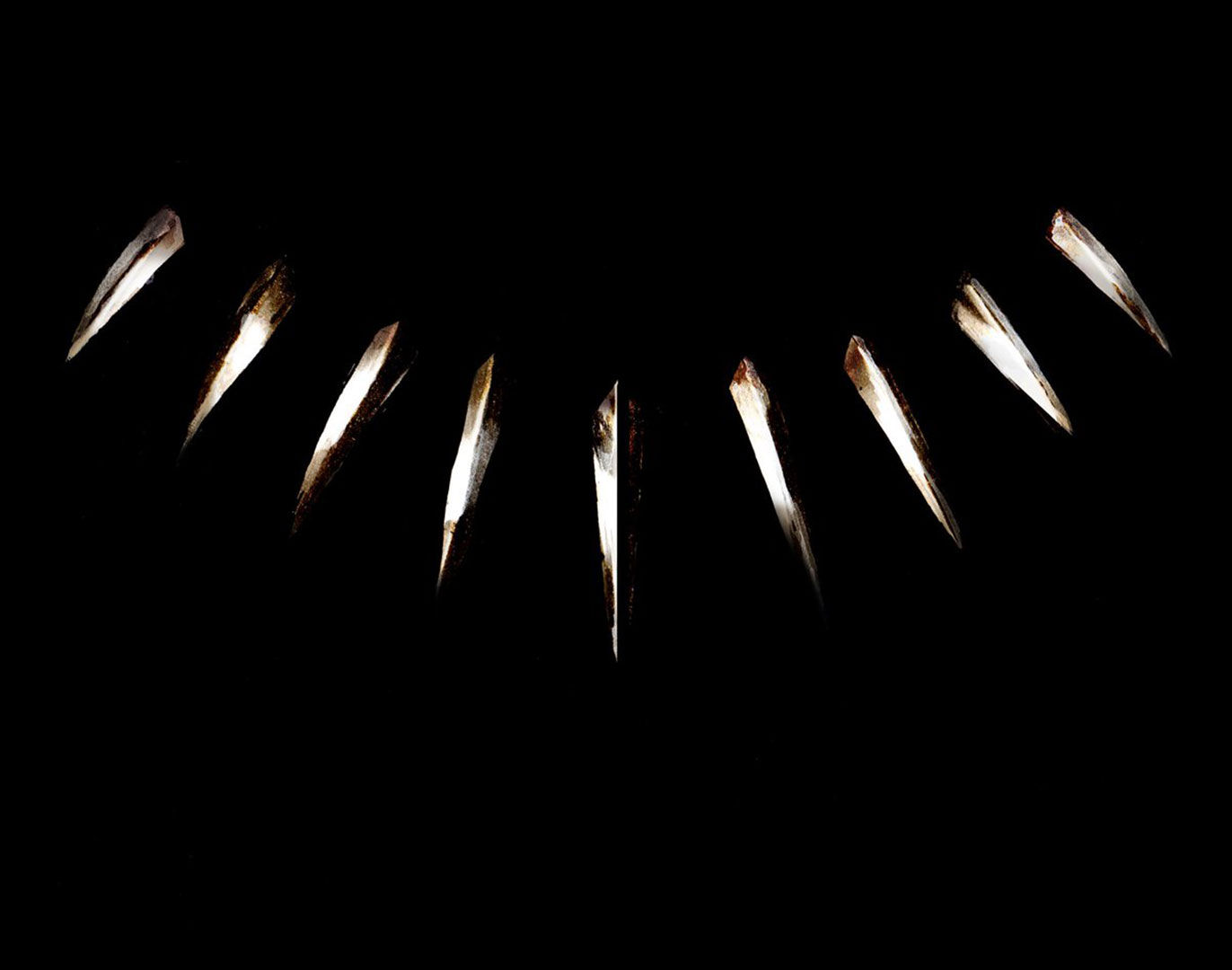 On Black Panther, The 15:17 To Paris, Annihilation And The Rest Of February’s New Releases, Limited Showings and Repertory Screenings Around Dallas.

February entertainment options are supposed to be all about sports (see: Super Bowl, Winter Olympics) and explosive TV finales (see: The Good Place, This Is Us). But with this month’s impressive slate of movie releases, it might be worth hitting up the cinema these next few weeks, too.

Why? Because not only are we likely getting the year’s best and baddest superhero movie, but Dallas audiences also getting some early award contenders for next year, the films nominated for Best Foreign Language Film at this year’s Oscars and repeated screenings of Groundhog Day (fittingly).

Here’s what you’re gonna be watching in theaters this month.

Winchester.
Directors: Michael Spierig, Peter Spierig.
Writers: Michael Spierig, Peter Spierig, Tom Vaughan.
Cast: Helen Mirren, Sarah Snook, Jason Clarke, Angus Sampson.
Opens: Friday, February 2.
I love me a good haunted house movie, and Helen Mirren and Jason Clarke aren’t ones to carelessly pick roles, so I’m even more excited. This one comes from Australian directing duo the Spierig Brothers, who have pulled off lots of sci-fi and horror films with relatively low budgets. Their time travel thriller Predestination (2014) is a hidden gem, so I’m hoping they pull off the atmosphere of a movie that at its best could be up there with The Others and The Haunting.

The 15:17 to Paris.
Director: Clint Eastwood.
Writer: Dorothy Blyskal.
Cast: Alek Skarlatos, Spencer Stone, Jeffrey E. Stern, Jenna Fischer.
Opens: Friday, February 9.
In 2015, a terrorist tried to take over a train, but three American veterans (and other passengers) stopped the armed maniac before he could do much damage. The bravery on display was truly inspiring. This film dramatizes that event, with the three heroes playing themselves. That’s either going to make or break the film, even though it comes from Clint Eastwood, who knows how to make intense thrillers about real events (American Sniper, Sully). The script comes from Dorothy Blyskal, making her writing debut. She’s previously been a production assistant on the likes of Sully and Logan. That’s another risk the film is taking, but I trust Eastwood can make it work.

Black Panther.
Director: Ryan Coogler.
Writers: Ryan Coogler, Joe Robert Cole.
Cast: Chadwick Boseman, Michael B. Jordan, Lupita Nyong’o, Andy Serkis.
Opens: Friday, February 16.
The only cure for superhero fatigue is to mix it up. And so Marvel (seemingly) gave more creative control to writer-director Ryan Coogler (Creed) to bring this black hero to the screen. Chadwick Boseman plays the king of Wakanda and its protector, Michael B. Jordan gest a chance to try the villain role for once, and the rest of the cast is filled with black legends and up-and-comers. The only white people in prominent roles are Andy Serkis and Martin Freeman. This is a big deal. If you know someone who’s not hyped for this movie, maybe take a break from them.

Annihilation.
Director: Alex Garland.
Writer: Alex Garland.
Cast: Natalie Portman, Tessa Thompson, Jennifer Jason Leigh, Tessa Thompson.
Opens: Friday, February 23.
It’s only February and I’m already getting one of my most anticipated films of 2018. Alex Garland broke out as a director in 2015 with the brilliant Ex Machina. He could have done anything he wanted afterward. What he chose was to adapt Jeff VanderMeer’s 2014 sci-fi novel about a doomed expedition to a mysterious place called Area X. I’ve read that novel, which has its twists and scares, but has a lot more to with its protagonist’s (Natalie Portman) fragile mental state. Based on the descriptions of the characters, the casting is dead on, particularly Jennifer Jason Leigh as the duplicitous psychologist. The less you know going into this one, the better.

A Fantastic Woman.
Director: Sebastián Lelio.
Writers: Sebastián Lelio, Gonzalo Maza.
Cast: Daniela Vega, Francisco Reyes, Luis Gnecco, Aline Kuppenheim.
For only the second time ever, Chile has been nominated for a Best Foreign Language Film Oscar. (Their last was the excellent 2013 political drama No.) This one focuses on Marina (Daniela Vega), a trans woman trying to cope with grief after her much older lover dies. Separated from him and exiled from his family – who didn’t approve of his lifestyle – she struggles to adjust to life without him. The critics group I’m a member of also nominated this film for four of its awards.

Loveless.
Director: Andrey Zvyagintsev.
Writer: Andrey Zvyagintsev, Oleg Negin.
Cast: Maryana Spivak, Aleksey Rozin, Matvey Novikov, Andris Keiss.
Speaking of Oscar-nominated foreign language films, there’s this one from Russia. A young boy (Matvey Novikov) runs away from home in the midst of his parents’ ugly divorce. In keeping with the tradition of Russian literature, film and life, this one’s going to be depressing as hell.

The Party.
Director: Sally Potter.
Writer: Sally Potter.
Cast: Timothy Spall, Kristin Scott Thomas, Patricia Clarkson, Cherry Jones.
This British comedy of manners features a stellar cast and a surprisingly brief running time – it’s only 71 minutes – all positives in our day of bloated comedies that allow for way too much improvisation. It may end up being much ado about nothing (eh? eh?) or better served as a one-act play, but I’m intrigued enough to find out.

Groundhog Day.
Director: Harold Ramis.
Writers: Harold Ramis, Danny Rubin.
Cast: Bill Murray, Andie MacDowell, Chris Elliott, Stephen Tobolowsky.
Playing At: Alamo Drafthouse Richardson.
Showing: Friday, February 2.
Harold Ramis’ 1993 comedy is now *gulp* 25 years old. It’s endured not through repetition – though it’s probably on cable right now – but because of its originality, which has been copied endlessly, and its winning performance from Bill Murray. It helps that it’s still a consistent source of laughs too, no matter how many times you see it. The Drafthouse has got you, babe, showing the film back-to-back-to-back and including a themed menu. The Texas Theatre is also doing a double feature, but only with your standard movie snacks.

The Searchers.
Director: John Ford.
Writer: Frank S. Nugent.
Cast: John Wayne, Jeffrey Hunter, Vera Miles, Ward Bond.
Playing At: The Magnolia.
Showing: Tuesday, February 20.
Though it wasn’t nearly as respected at the time, John Ford’s best collaboration with John Wayne is now considered one of the greatest movies of all time. Though Wayne’s character is pretty despicable, he’s still the hero of the film, searching for his abducted niece. In 1998, the American Film Institute had it at No. 96 on its list of the 100 best movies ever made. Just 10 years later, it had jumped to No. 12 and was named the greatest Western ever made. Even if you’re already familiar, seeing Ford’s majestic shots of Monument Valley on the big screen is reason enough to attend this screening.

Malcolm X.
Director: Spike Lee.
Writers: Spike Lee, Arnold Perl.
Cast: Denzel Washington, Angela Bassett, Al Freeman Jr., Spike Lee.
Playing At: Texas Theatre.
Showing: Saturday, February 24.
Spike Lee’s incredible, epic telling of the life story of Malcolm X is one of the greatest biopics of all time, covering his time as a young criminal, a receptive prisoner, a gullible prophet and eventually a peaceful activist. It shows both his weaknesses and his incredible strength. The Academy’s greatest travesty was ignoring Washington and giving the Best Actor Oscar to Al Pacino in Scent of a Woman instead. But Washington and Lee’s crowning achievement lives on. This is part of the Texas Theatre’s Black Cinematheque Filmmaker Series, co-presented by the South Dallas Cultural Center.