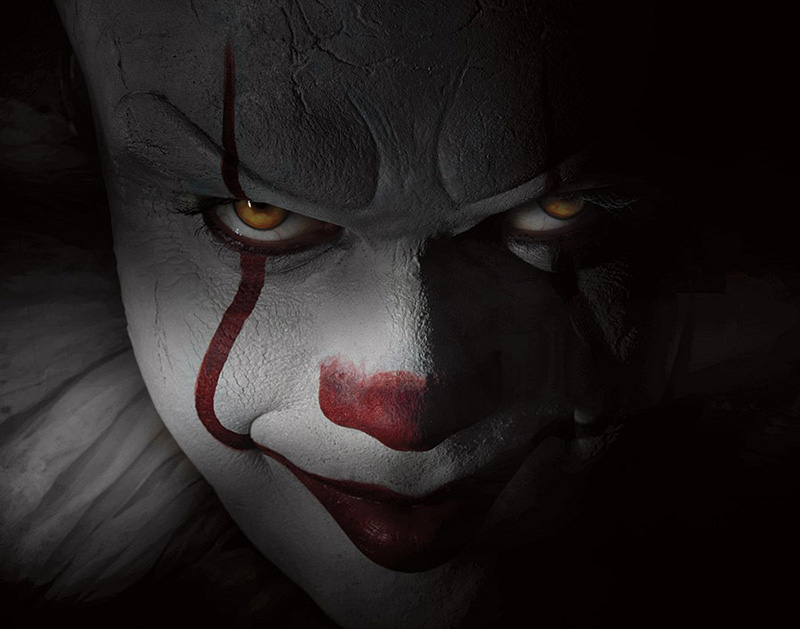 On It, Battle Of The Sexes And The Rest Of The New Releases, Limited Showings And Repertory Screenings To Look Forward To This August In Dallas.

So, yeah, August was a little rough as movies go. In fact, this last weekend was Hollywood’s worst in over a decade.

And, typically, September usually doesn’t fare much better than August does. But maybe this year will be different? It certainly looks at least somewhat OK.

Coming up on the docket, we’ve got one of the most anticipated horror movie releases in a long time, a sequel to the super-enjoyable James Bond knockoff Kingsman and the latest from Darren Aronofsky, whose movies are always interesting (even if they’re not always great).

It.
Director: Andrés Muschietti.
Writers: Chase Palmer, Cary Joji Fukunaga, Gary Dauberman.
Cast: Bill Skarsgard, Finn Wolfhard, Sophia Lillis, Jaeden Lieberher, Nicholas Hamilton.
Opens: Friday, September 8.
I’ll always wonder what Cary Joji Fukunaga’s original proposal for a four-hour version of Stephen King’s revered novel would have been like, but I’m still cautiously optimistic about this version. In this adaptation, director Andrés Muschietti (Mama) takes the reins, adapting only the first half of the horrifying story in which Pennywise the evil clown terrorizes the children of Derry. Sure, it will be hard for Bill Skarsgard (yes, Stellan’s son and Alexander’s brother) to top Tim Curry’s portrayal in the 1990 miniseries. But the trailers look solid and this one seems certain to inspire more than a few nightmares.

mother!
Director: Darren Aronofsky.
Writer: Darren Aronofsky.
Cast: Jennifer Lawrence, Javier Bardem, Ed Harris, Michelle Pfeiffer.
Opens: Friday, September 15.
Hopefully, this psychological thriller gives Darren Aronofsky a chance to redeem himself after this disappointment of 2014’s Noah. In this one, Jennifer Lawrence plays a troubled woman whose anxiety goes into overdrive when her husband (Javier Bardem) invites a suspicious couple (Ed Harris and Michelle Pfeiffer) to stay with them. Are they planning something criminal or something truly sinister?

Kingsman: The Golden Circle.
Director: Matthew Vaughn.
Writers: Matthew Vaughn, Jane Goldman.
Cast: Taron Egerton, Mark Strong, Channing Tatum, Halle Berry.
Opens: Friday, September 22.
The Secret Service, the 2014 original, was ridiculously fun, combining Austin Powers-like goofiness with the budget of a real James Bond movie. This sequel looks like all that — but cranked up even further, as the Brits meet their American counterparts known as the Statesmen, which includes among its ranks Channing Tatum, Pedro Pascal, Jeff Bridges and Halle Berry. Together, they’ll all team up to stop Julianne Moore, playing a full-on villain. Giddy up.

Battle of the Sexes.
Directors: Jonathan Dayton, Valerie Faris.
Writer: Simon Beaufoy.
Cast: Emma Stone, Steve Carell, Bill Pullman, Elisabeth Shue.
The real-life on-court showdown between tennis stars Billie Jean King and Bobby Riggs is both an underrated and overrated moment in sports history. It’s underrated because weirdo stunts don’t happen like this in the modern era (unless you count Michael Phelps “racing” a shark or, depending on whom you ask, the McGregor-Mayweather fight), and it’s overrated because King was in prime shape and Riggs was over the hill. Also, it didn’t exactly prove who was the better athlete overall, or which gender is better at sports. But it was a fascinating moment in history, and I hope that the directors of Little Miss Sunshine bring their combo of melancholy and wackiness to this truly absurd true story.

Brad’s Status.
Director: Mike White.
Writer: Mike White.
Cast: Ben Stiller, Austin Abrams, Michael Sheen, Jemaine Clement.
Ben Stiller is very hit-and-miss with me. For every brilliant comic turn (Heavyweights, Zoolander), there’s a tremendous misfire (The Watch, Greenberg). But I’m hopeful this dramedy plays to his strengths. He’s taking his son to look at colleges, but can’t help but feel inadequate when he runs into his much more successful friends from his own university days. Don’t we all know how that feels?

Menashe.
Director: Joshua Z. Weinstein.
Writers: Joshua Z. Weinstein, Alex Lipschultz, Musa Syeed.
Cast: Menashe Lustig, Yoel Falkowitz, Ruben Niborski, Meyer Schwartz.
The first film in decades to be completely in Yiddish, this acclaimed drama follows an Orthodox Jew and the complex custody battle he faces for his son. The title character’s wife dies, and their son goes to live with a wealthy relatives, but when Menashe is ready for him to return home, their rabbi rules that he must remarry before his son can come back, leading to tension in their tight-knit community.

Woodshock.
Directors: Kate Mulleavy, Laura Mulleavy.
Writers: Kate Mulleavy, Laura Mulleavy.
Cast: Kirsten Dunst, Pilou Asbaek, Jack Kilmer, Lorelei Linklater.
I have absolutely no idea what is happening here, but Kirsten Dunst is one of the best, bravest actresses working today and the sister duo writer-directors behind this one come from the fashion world. The last person to make that transition was Tom Ford, who has made two exceptional movies so far (A Single Man and Nocturnal Animals). So maybe it’ll work.

RoboCop.
Director: Paul Verhoeven.
Writer: Edward Neumeier, Michael Miner.
Cast: Peter Weller, Nancy Allen, Ronny Cox, Kurtwood Smith.
Playing At: Dallas City Hall.
Showing: Sunday, September 10.
Here it is, folks: the most Dallas screening of all time. After three decades of accolades, the Detroit-set dystopian action thriller gets a glorious appreciation right outside City Hall, which stood in for OmniCorp HQ in the locally filmed movie. And no need to worry, citizen, the Christ figure at the center of this story himself, Peter Weller, will be there in person.

House.
Director: Nobuhiko Obayashi.
Writer: Chiho Katsura.
Cast: Kimiko Ikegami, Miki Jinbo, Kumiko Ohba, Ai Matsubara.
Playing At: Inwood Theater.
Showing: Friday, September 15; Saturday, September 16.
A Japanese haunted house movie sounds like a terrifying proposition — and it is — but in this utterly bizarre film from the ’70s, that’s just the tip of the iceberg. It’s mostly an assemblage of just bonkers scenes, which I’m sure will play even crazier with a full audience watching. It won’t make sense, but you’ll definitely never forget it.