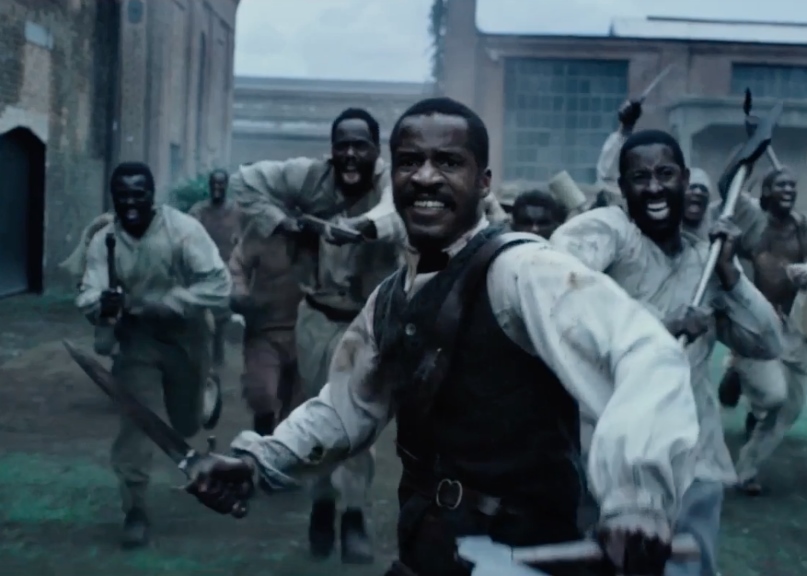 On The Birth of a Nation And The Rest Of This Month’s Top New Movies and Repertory Screenings.

As the leaves turn (just kidding — as of yesterday, it was still pretty hot outside), the movies tend to get better. There’s a lot of smart entertainment for adults (seriously!) and plenty of thought-provoking films as well. And, of course, some scary good times at repertory theaters.

There’s also the 29th edition of Dallas Video Fest, which starts on October 18. Highlights include a restored version of Sunrise, F.W. Murnau’s silent WWI epic, with a new live score performed by the Dallas Chamber Symphony, and an interactive screening of D.W. Griffith’s horribly racist but groundbreaking The Birth of a Nation.

The Birth of a Nation.
Director: Nate Parker.
Writer: Nate Parker.
Cast: Nate Parker, Armie Hammer, Penelope Ann Miller, Gabrielle Union.
Opens: Friday, October 7.
Nate Parker’s slave uprising drama was the toast of Sundance, with Fox Searchlight paying a record $17.5 million for distribution rights. But buzz has softened a lot in recent months, as writer-director-star Nate Parker’s past rape allegations have resurfaced. Yet art is still art, and there’s still appallingly few movies directed by people of color, let alone stories about pivotal moments in their history, and that makes The Birth of a Nation one of the most important movies of the fall.

The Girl on the Train.
Director: Tate Taylor.
Writer: Erin Cressida Wilson.
strong>Cast: Emily Blunt, Justin Theroux, Haley Bennett, Rebecca Ferguson.
Opens: Friday, October 7.
Though it’s also based on a best-selling mystery, The Girl on the Train isn’t in the same league as Gone Girl. It’s perfectly content to be a well-done lurid thriller, and that’s just fine. But Emily Blunt’s performance takes it to another level. Here’s my full review.

The Accountant.
Director: Gavin O’Connor.
Writer: Bill Dubuque.
Cast: Ben Affleck, Anna Kendrick, Jon Bernthal, J.K. Simmons.
Opens: Friday, October 14.
Ben Affleck might be the hardest working man in Hollywood right now, between his many upcoming appearances as Batman and a late December historical crime drama (Live by Night). He’s also got this intriguing thriller, in which he stars as a seemingly mild-mannered accountant who handles the finances for several criminal operations. He’s apparently handy with a sniper rifle, too.

Keeping Up with the Joneses.
Director: Greg Mottola.
Writer: Michael LeSieur.
Cast: Zach Galifianakis, Isla Fisher, Gal Gadot, Jon Hamm.
Opens: Friday, October 21.
Greg Mottola has directed two of my favorite comedies (Superbad and Adventureland) and episodes of some of my favorite TV shows (Arrested Development and The Newsroom). We’ll see if he can handle his way around this more action-packed comedy, which features Zach Galifianakis and Isla Fisher (who can be comedic geniuses) as a couple who discover their new neighbors (Gal Gadot and Jon Hamm) are actually spies.

13th.
Director: Ava DuVernay.
The director of Selma takes a look at the 13th Amendment to the U.S. Constitution in this challenging documentary. While the amendment freed slaves, it contains a provision that allows slavery “as a punishment for crime.” With a criminal justice system that unjustly targets African-Americans, that provision is exploited to keep them in chains, 150 years later. The film will also play on Netflix beginning October 7.

Blue Jay.
Director: Alex Lehmann.
Writer: Mark Duplass.
Cast: Mark Duplass, Sarah Paulson.
I am a sucker for any movie that copies Before Sunset‘s set-up: two people walking, talking and falling in love over a brief period of time. This one features the usually enjoyable Mark Duplass and the radiant, wonderful Sarah Paulson as former high school sweethearts who bump into each other at the grocery store.

Voyage of Time.
Director: Terrence Malick.
Those who can’t get enough of Malick’s gorgeous images and philosophy, but wish there weren’t so many gorgeous actors in the way, are going to love Voyage of Time. The documentary explores the “birth and death” of the universe, so expect more abstract concepts and less straight-up science. Cate Blanchett narrates the 90-minute 35mm cut, while Brad Pitt narrates the 40-minute IMAX-only version.

Idiocracy.
Director: Mike Judge.
Writers: Mike Judge, Etan Cohen.
Cast: Luke Wilson, Maya Rudolph, Dax Shepard, Terry Crews.
Playing At: Texas Theatre.
Showing: Friday, October 7.
As one of the five or so people who actually saw Idiocracy in theaters in 2006, watching its cult grow and grow over time has been a great thing. Mike Judge’s brilliant cultural satire has only grown more prescient over time, especially since we have a complete buffoon as one of the two people who will be president in 2017.

Suspiria.
Director: Dario Argento.
Writers: Dario Argento, Daria Nicolodi.
Cast: Jessica Harper, Joan Bennett, Udo Kier, Flavio Bucci.
Playing At: Texas Theatre.
Showing: Monday, October 31.
Dario Argento’s masterpiece has its flaws — terrible dubbing, a mostly incoherent story — but man is it terrifying and stylish. Jessica Harper plays an American student who discovers the murderous secret of her new German school. It’s incredibly over-the-top, but its scares are genuine, its humor is intentional and its score (by Italian rock band Goblin) is one of the best in film history. The Texas Theatre is kicking it up a notch by including a live pre-show performance by Dallas Neo-Classical Ballet.