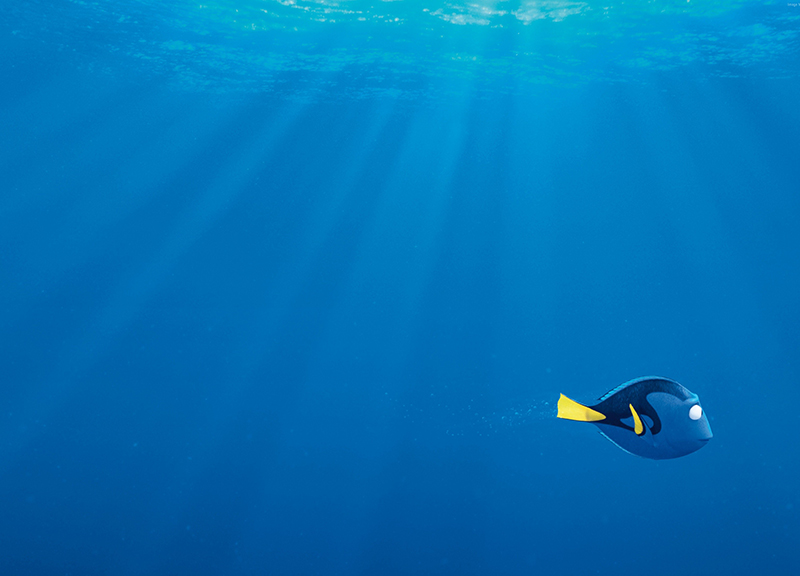 On Finding Dory And The Rest Of June's Wide, Limited And Repertory Best Bets.

So, we're doing things a bit different this go-round. Rather than giving you a rundown of every single movie each week, I'm now going to be highlighting the best movies coming to theaters each month.

A few notes first. Naturally, the wide releases will be in just about every theater. As for the limited releases, you'll want to double-check with the theaters beforehand, but they're likely to play at the Magnolia, LOOK Cinemas, the Alamo Drafthouses or the Angelikas. For the repertory screenings, don't worry — we'll get real specific.

Now that all that's out of the way, here's what you should see this month.

I’m pretty much on board with anything The Lonely Island wants to do. Their digital shorts kept SNL afloat throughout the late '00s and their three rap albums are among my favorite pieces of recent comedy. This mockumentary spoofs Justin Bieber and other musicians with obnoxious entourages. At its best, it could be This is Spinal Tap for the streaming age. Our own Angela Jones thought it fell flat in places, but she for the most part dug it.

You could make a strong case that Finding Nemo is Pixar’s best movie. If not, it’s certainly among its top three. But because it's so belated, this sequel causes some skepticism. Still, these are some of Pixar’s strongest characters — and not mere cartoons, but actual characters that you care about. This time, it’s Marlin and Nemo who are off to find Dory, who’s been taken by some local fishermen.

Going from Will Smith to Liam Hemsworth is one of the biggest downgrades in sequel history. But Roland Emmerich sure knows how to make things go boom really well! The original is way too long, but there’s a sense of fun in it that modern blockbusters tend to lack. I’m hoping this sequel doesn't discard that.

Ever since the McConaugh-ssance began around 2012, I’ve been increasingly intrigued by Matthew McConaughey’s acting choices. In this Civil War drama, he plays a Confederate deserter who starts his own independent state with runaway slaves and other people who are tired of the brutality and emptiness of war. There’s certainly a fine line the film will have to walk, but writer-director Gary Ross (The Hunger Games) knows how to tell an engaging story without letting the message overwhelm it.

One of the best films at this year’s Dallas International Film Festival, this documentary on Anthony Weiner’s failed bid for New York City mayor is one of the most entertaining films of the year. It’s a movie about second chances, flawed crusaders and a media all too happy to serve slop instead of focusing on substantive issues.

I’ll take literary heroes for $200, Alex. Jude Law plays Thomas Wolfe. Colin Firth plays Scribner editor Max Perkins. Guy Pearce plays F. Scott Fitzgerald. If done well, this one will capture the restless spirit of those great writers. If not, it will just be another stuffy biopic. Let’s hope for the former.

It’s the stuff of nightmares. Combining clowns and demonic possession, a dad here puts on a clown costume to cheer his kid up, but finds himself unable to take it off. I’m not going to see it because I’ll be unable to sleep afterward, but it looks like it will provide actual scares, if that sounds fun to you.

A hit at festivals last year, this debut from Anna Rose Holmer stars newcomer Royalty Hightower as a young girl training to be a boxer. She secretly yearns to be a dancer, though, and watches other girls practice every day. Then some of the dancers start having convulsions and the movie takes a darker turn. Color me intrigued.

One of Hayao Miyazaki's most acclaimed films is a timeless tale of friendship. This is the kick-off of the Angelika’s summer-long tribute to the Japanese director.

Time for a little shameless self-promotion! We’re hosting a screening of Ridley Scott’s original Alien, but the twist is that it’s got a new score by local music producer Cory Kilduff. The bone-deep terror and awe-inspiring production design are even better on the big screen. Plus, many of your favorite Central Track staffers will be there. (That's really why you want to be there, isn’t it?)

In 1982, two friends tried to remake Raiders of the Lost Ark using only their imagination and their memories of seeing the Steven Spielberg adventure. It tore apart their friendship, but their skill and appreciation was impossible to deny. This doc takes a look at how the film went from lost project to cult classic. The Drafthouse will also play the completed film right after.

The Oak Cliff Film Festival will have no shortage of great films, but this screening will be extra special, as it's playing at the Majestic Theater, where it was partially filmed. And Jessica Harper will also be in attendance. I am swooning so much.