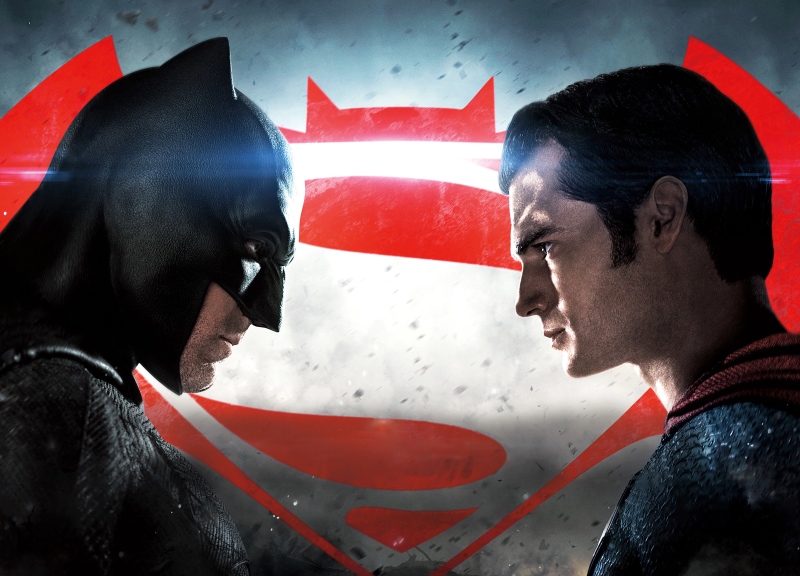 On Batman v Superman And The Rest Of The Weekend’s New Film Releases.

Batman v Superman: Dawn of Justice.
Director: Zack Snyder.
Writers: Chris Terrio, David S. Goyer.
Cast: Ben Affleck, Henry Cavill, Amy Adams, Jesse Eisenberg.
Playing At: Wide.
For better or worse, DC movies are going to be very different from Marvel movies. Zack Snyder, who has devoted the last decade of his life to comic book movies, tackles The Dark Knight Returns, while also having to reboot Batman, set up the Justice League and force Superman to reckon with the destruction he caused in Man of Steel. It's a high degree of difficulty and I'm not sure he can pull it off. But he's certainly stacked his cast with good actors and let Warner Bros. give him a huge budget. In spite of all the bad early press, consider me cautiously optimistic.

My Big Fat Greek Wedding 2.
Director: Kirk Jones.
Writer: Nia Vardalos.
Cast: Nia Vardalos, John Corbett, Michael Constantine, Lainie Kazan.
Playing At: Wide.
The original was a massive hit and an Oscar nominee. It was also a staple in my house growing up. At its best, it's a sweet-natured film about family with some melancholic undertones. At its worst, it's a parade of broad stereotypes and yelling. If this sequel — which finds Toula's parents officially tying the knot — focuses on the former, this will be a solid flick. If it gets lazy and focuses on the latter, you're in for a drag.

City of Gold.
Director: Laura Gabbert.
Playing At: The Magnolia.
Pulitzer Prize-winning food critic Jonathan Gold takes viewers on a tour of Los Angeles, exploring the best cuisine in the area, from the finest dining experience to the dirtiest food truck.