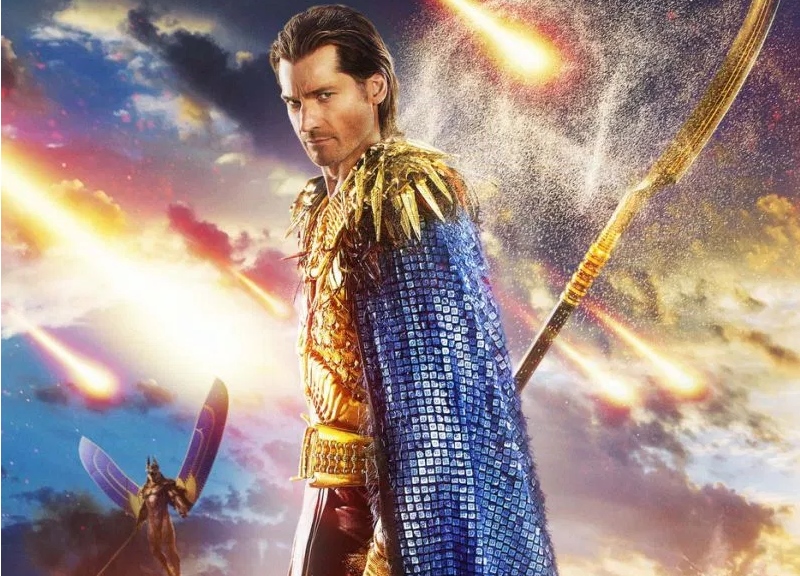 On Gods of Egypt, And The Rest Of The Weekend’s New Film Releases.

Gods of Egypt.
Director: Alex Proyas.
Writers: Matt Sazama, Burk Sharpless.
Cast: Brenton Thwaites, Nikolaj Coster-Waldau, Gerard Butler, Geoffrey Rush. Playing At: Wide.
Alex Proyas really is a visionary director. Unfortunately, aside from Dark City, the final product is always a triumph of style over substance. Other than a few scenes, they're rarely memorable. So while I can appreciate giant scarabs and gold-plated everything, I don't need to see a 99 percent white cast pretend to be Egyptians. Besides, I already saw that in 2014 in the dreadful Exodus: Gods and Kings.

Eddie the Eagle.
Director: Dexter Fletcher.
Writers: Sean Macaulay, Simon Kelton.
Cast: Taron Egerton, Hugh Jackman, Christopher Walken, Jo Hartley.
Playing At: Wide.
It's Cool Runnings for white people! Taron Egerton, on the verge of superstardom, plays Eddie Edwards, the UK's first ski jumper. He's trained by Bronson Peary (Hugh Jackman), encouraging him to get back up after he falls down again and again. Our Angela Jones says to expect plenty of goofy jokes and an unabashed corniness in this tough-not-to-root-for film.

Triple 9.
Director: John Hillcoat.
Writer: Matt Cook.
Cast: Casey Affleck, Chiwetel Ejiofor, Anthony Mackie, Woody Harrelson.
Playing At: Wide.
Boasting one of the best ensemble casts of any movie this year, Triple 9 certainly has a lot of potential. You don't get Kate Winslet, Aaron Paul, Norman Reedus and Michael K. Williams involved unless they see something in the project. But it still seems like a hyper-violent, corrupt cop movie that we've seen a dozen times before. I hope I'm wrong, especially since John Hillcoat (The Road) is such a visceral director. Unfortunately, from the looks of Javier Fuentes' review, I am not.

The Last Man on the Moon.
Director: Mark Craig.
Playing At: LOOK Cinemas.
This documentary takes a look at Eugene Cernan, the last astronaut to set foot on the moon, and how — possibly more than other astronauts who did so before him — he was affected by being up there.

Bottle Rocket.
strong>Director: Wes Anderson.
Writers: Wes Anderson, Owen Wilson.
Cast: Owen Wilson, Luke Wilson, Ned Dowd, Lumi Cavazos.
Playing At: Alamo Drafthouse Dallas.
Showing: Wednesday, March 2.
The newest Drafthouse location is showing its commitment to local films. One hallway is filled with posters of films set or shot here, and on March 2, they'll show Wes Anderson's Dallas-shot first feature, starring all three Wilson brothers and co-written by Owen. It's not my favorite of his films, but it's still hilarious, and has an energy that can't be denied.