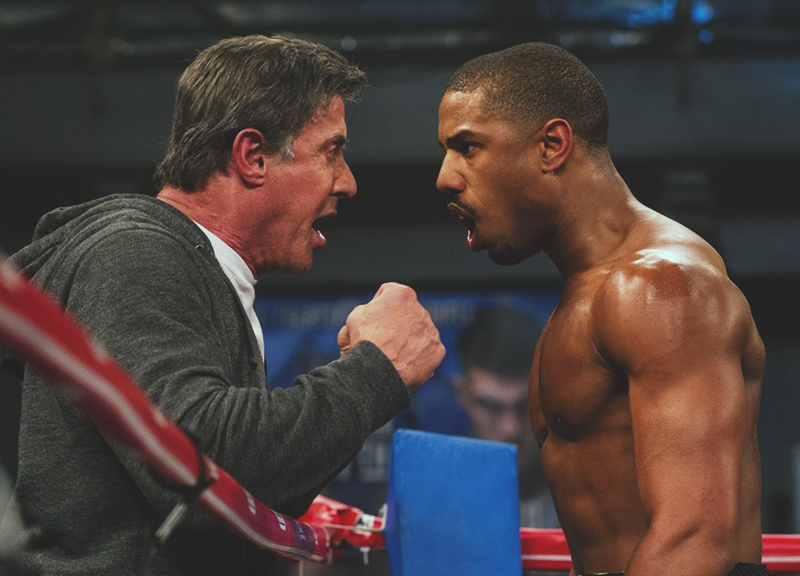 On Creed, The Good Dinosaur And The Rest Of This Thanksgiving Weekend’s New Film Releases.

The Good Dinosaur.
Director: Peter Sohn.
Writer: Meg LeFauve.
Cast: Jeffrey Wright, Frances McDormand, Anna Paquin, Sam Elliott.
Playing At: Wide.
Pixar was successful this year with Inside Out. Dinosaurs were successful this year with Jurassic World. So there's no reason a Pixar movie about dinosaurs shouldn’t be successful too, right? Well, You'd think that'd be the case, but I can’t help but remain a little unmoved at the actual plot, which involves an orphan boy befriending a dinosaur. Pixar does most things well, but I don't know if I need to see them do Ice Age or The Land Before Time only a little bit better.

Creed.
Director: Ryan Coogler.
Writers: Ryan Coogler, Aaron Covington.
Cast: Michael B. Jordan, Sylvester Stallone, Tessa Thompson, Phylicia Rashad.
Playing At: Wide.
Since he was tremendous on two of the greatest TV dramas of all time (The Wire and Friday Night Lights), Michael B. Jordan has a free pass for life, even if he's starring in a flawed film with good intentions like Fruitvale Station or a major disaster like Fantastic Four. So even if I'm not the biggest boxing fan — or if I find this spin-off of the Rocky franchise wholly unnecessary — I'm willing to give him the benefit of the doubt, and you should too. Here, Jordan plays Apollo Creed's son, determined to make a name for himself after getting out of jail. Expect a rousing crowd-pleaser, just like most of the rest of films in this series.

Victoria.
Director: Sebastian Schipper.
Writers: Sebastian Schipper, Olivia Neergaard-Holm, Eike Frederik Schulz.
Cast: Laia Costa, Frederick Lau, Max Mauff, Andre Hennicke.
Playing At: Angelika Dallas.
It's been another strong year for German films, and Victoria is hailed as another top-notch import. Laia Costa plays Victoria, a woman recruited to assist the getaway efforts of a crew pulling off a heist. The film's real claim to fame is that it was done in just one take, snaking through the streets of Berlin, over the course of the night.

Legend.
Director: Brian Helgeland.
Writer: Brian Helgeland.
Cast: Tom Hardy, Emily Browning, Taron Egerton, Christopher Eccleston.
Playing At: Angelika Plano.
Here, Tom Hardy pulls double duty as Ronnie and Reggie Kray, the notorious twins who served as London's toughest crime bosses during the swinging '60s. The British press has been much kinder to this one than other critics — including our own Javier Fuentes — who have praised the film's impeccable style while criticizing its utter lack of substance. Still, Tom Hardy is one of the most magnetic actors working today, and he should be seen in pretty much anything he does.

Super Troopers.
Director: Jay Chandrasekhar.
Writers: Broken Lizard.
Cast: Jay Chandrasekhar, Kevin Heffernan, Brian Cox, Marisa Coughlan.
Playing At: Alamo Drafthouse.
Showing: Monday, November 30.
After all that turkey and arguing with your relatives, you're going to need some laughter, and few films provide as many laughs per minute as Broken Lizard's greatest masterpiece. Any plot is not worth mentioning. This is all about the police “shenanigans.” If you've never seen it, get to the theater right meow. Chugging maple syrup is optional.