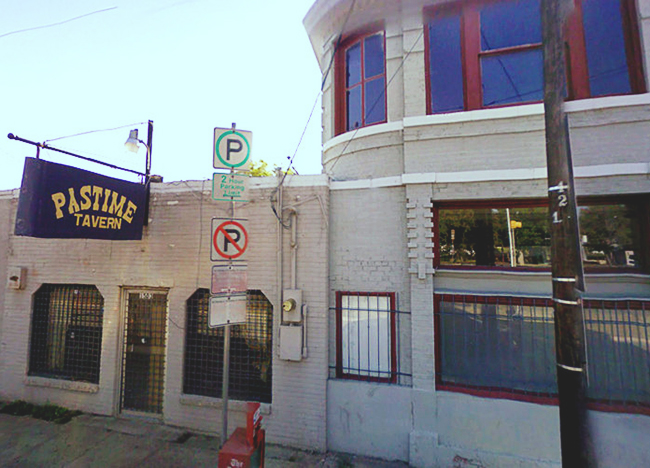 Yesterday, we reported on The McKinney Avenue Contemporary's move away from McKinney Avenue to a new five-building campus in The Cedars, which will subsequently lead to the closing of Dallas' oldest standalone bar, the 78-year-old Pastime Tavern.

It's always a bit of a bummer to see a piece of history go, certainly.

But is there validity to the notion that Pastime is being shuttered in the name of progress? Gotta figure that has a little bit of something to do with the fact that, despite what its faithful regulars and nostalgia-happy lushes are saying on their social media pages today, the bar wasn't quite nuts-to-butts seven nights a week. Really: When does keeping something around just because it's old and cool a better move than replacing it with something beneficial to a greater number of the neighborhood's residents?

That's tough to say — and something we certainly don't know the answer to. There's two sides to every coin, which is what makes the complex issue of gentrification one that's so fascinating. It's also why it's such a frequent topic of discussion on our site.

In response to the Pastime Tavern case specifically, McKinney Avenue Contemporary director Rachel Rogerson had some interesting things to say today via a lengthy post to our Facebook page that she left in response to yesterday's story about the impending closure.

Here are her comments in full, unedited and as posted to Facebook.

“You've always got to keep growing your new places. It actually makes things better. You can sustain it. You actually start to build up a city”
-Scott Griggs, Dallas City Council representative

The Cedars neighborhood is undergoing change and The MAC is proud to be a part of what is happening. As Director of The MAC, I have been proud to promote the project by North Cedars Thirty LLC (NCT) which entails redevelopment of a large property at 1601 S Ervay and 1503 S Ervay. NCT saved the entire property from certain demolition by other developers, with their plans to renovate and repurpose the amazing Ben Griffin Ford building at 1601 into a multi-tenant arts complex, of non-profit and for-profit galleries, and other businesses.

NCT has been in talks with a local restaurant owner who wants to bring affordable great-tasting food to the Cedars, at the edge of a USDA Food Desert. Jointly The MAC and NCT are working to engage the Cedars community and the greater Dallas population in meaningful ways. The historic pharmacy and adjoining building at the corner of Ervay and Sullivan will be preserved and remodeled. The new restaurant moving in will meet neighborhood needs for affordable healthy food.

As the anchor tenant, The MAC has been given free reign to utilize the space at 1601 for events prior to its renovation due to the generosity of the property owners. I have found it to be successful for both The MAC and NCT as it has encouraged the community to become involved in the future of the neighborhood. We have helped bring Dallasites to a neighborhood south of Downtown, that they have often ignored, while staying true to the character and residents of the Cedars. The MAC is excited and honored to be in this creative area. For the branding distractors — IBM is no longer International Business Machines, AT&T is no longer American Telephone and Telegraph, and similarly The MAC is no longer McKinney Avenue Contemporary. Rebranding is a big undertaking and happening slowly.

There are no ill feelings between Harry, owner of Pastime, and the new property owners and they have been talking for months about the changes afoot. When the previous property owner put the property on the market, everyone knew change was coming. Change is as good as we make it. While it is sad that Club Schmitz, Amsterdam Bar, and yes, now Pastime Tavern will be in our memories, it is also invigorating when new things happen. What makes the Cedars a great neighborhood is not one bar, but the people who have a common vision of a livable, workable, cohesive, and diverse neighborhood. I hope as neighbors we can all come together to make this vision a reality.

So pour one out for Pastime — or maybe raise a glass to progress. Or, I dunno, do both? It's your call. Just remember: Every new beginning comes from some other beginning's end.