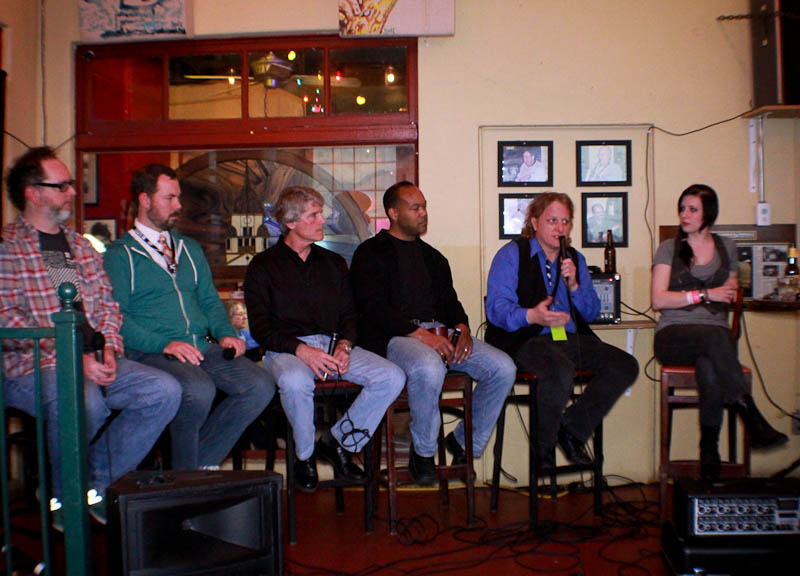 Denton has a problem. As a city, it has too many creative types and too few jobs for these people to hold.

This isn't exactly a surprising reveal, no. Generally, when a student at the University of North Texas or Texas Women's University graduates, they to set their sights on a bigger city with more job opportunities.

But it's a problem nonetheless, and, yesterday afternoon at Sweetwater, 35 Denton's daytime Denton: A City, a College, and a Creative Class panel looked to discuss it. And it wasn't as dry a talk as one might have expected, either. It was educational, sure. But it was also pretty funny and largely entertaining, many thanks to moderator and Denton City Councilman Kevin Roden, who kept the mood light while displaying a sharp wit and a close familiarity with topic on hand.

As a whole, the panel centered around the concept of a creative class — an ideal founded by economist and social scientist Richard Florida through his 2002 book