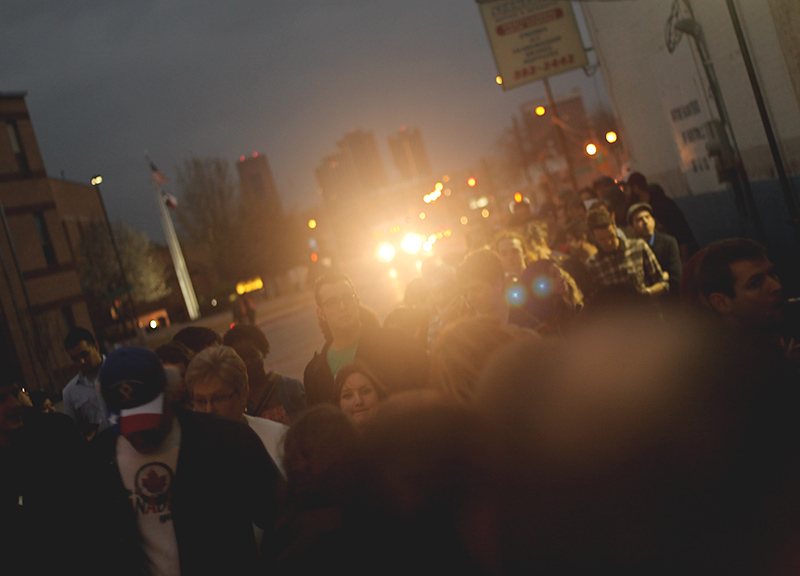 When It Rains at 35 Denton, It Pours.

OK, enough about the rain.

We've covered it, and, though unfortunate and problematic as far as the scheduling of last night's later shows went, the main stage performers still performed and sill impressed, if unexpectedly inside.

Sure, there were issues — including one last-minute cancellation that left the bumped artist feeling pretty freakin' slighted — but, hey, nature happens. And, for the most part, 35 Denton organizers handled the situation at least fairly well. No, they can't control the weather — nor the inherent complaints that come with it — but at least they had shelter and a dry place to host the main stage shows once the weather came.

Really: Who could've figured that this would be the way that pop-up festival warehouse venue The Hive would've ended up serving as the festival's most appreciated venue? The Hive's existence alone at least gave organizers some options; last year, attendees weren't so lucky when the rains came and, in turn, they suffered a far less dry fate.

No, not everyone got into The Hive. And no, not even everyone who would get into the Hive during the storm would get inside before the downpour would begin. But at least there was a place for the masses to be herded.

And, though a roof is a roof is a roof, I don't think that applauding the 35 Denton team for the lucky accident of having one to offer up as shelter is giving them too much credit. For one thing, as the old adage goes and as was especially true yesterday, it's sometimes better to be lucky than good. And, for another thing, there was some pretty good entertainment to be had there, too — even if that wasn't the primary objective, which instead rightly focused on attendee safety.

Organizers could've done a better job of deciding earlier on where to host their main stage shows (the flip-flop of Solange getting officially confirmed and announced as performing outside before ultimately getting moved inside to the Hive was an especially frustrating turn of events) and they could've maybe figured out a way to get all the venues to get on the same page as night-time schedules went (a glaring miscommunication issue and perhaps a venue relations one, too), but consider this: Aside from Datahowler (see above link about that last-minute cancellation), every performer booked to perform yesterday did. Without the Hive, there's no way that could've happened.

Good on the night-time performers for not letting the rain get them down, either.

At Rubber Gloves, Final Club performed what could end up being one of their final dates as a Denton band (frontman Brendon Avalos is moving to New York in the coming month) before an eager audience happy to put the troubles of the day behind them. The band sounded great, too, even if Avalos' vocals were a little gritter than usual (“I've been partying too hard,” he'd say after the set). Few punk-inclined acts in town employ cascading guitar tones as well as Final Club does. It's not just racket with these guys, even if their audiences sometimes thrash about none the wiser; there's some actual thought in play in the arrangement.

On the other side of the Square, things were substantially more subdued at Banter as Denton songstress Mary Walker and her band played before a clearly adoring crowd. Walker's draw, if not clear before last night, is becoming pretty obvious these days. A good 80 percent of those watching her set were male. What that crowd got from Walker and her backing band was a sugary, if cavity-inducing, set of pleasing-enough-but-not-all-that-distinctive indie-pop. Walker's got some game: Her voice has a nice lilt to it, and her songwriting shows promise. In last night's arrangement, though, she came off like a young, less bohemian Edie Brickell on Prozac — as if there's a massive audience for that. But she does have other, more interesting tricks up her sleeve: In past performances we've seen from Walker, she performs solo and uses vocal loops to craft an alluring sound that even gets a little trip-hoppy when it gets going.

Over at Sweetwater, things were a little more middle of the road, as locals The Demigs and Pageantry shared a bill and displayed some nice chops, especially in the case of the latter band, which itself boasts a promising young songwriter in frontman Roy Robertson.

At Hailey's, things were a little more sonically interesting for Vulgar Fashion and Odonis Odonis' performances, even if the crowds didn't necessarily think so. Over in that venue's bar area, one festival-worn attendee even fell asleep in one of the booths along the wall.

Meanwhile, by the time Nitemoves started his vibey, chilled-out back at The Hive, he would do so to a much more chilled-out scene. The place — super-packed earlier in the evening for Solange's set — had all but emptied. Nightmoves pressed forward, though, and, as his set grew in length, so too did his audience in size.

Down a ways at Rubber Gloves, it seems as if things never really slowed down at all, as crowds thrashed about to the dirty, lo-fi punk of Gap Dream. Their set was OK enough. But with about a couple dozen other bands playing this festival that sound just like them, it didn't exactly come off as memorable.

The opposite would be true of the band that followed them, Shannon and The Clams, whose unique brand of lo-fi punk was mixed with a heavy, and pretty awesome, dose of doo-wop. It was rad; they looked and sounded like they popped right out of a Cry-baby VHS.

Finally, Night Three of 35 Denton came to a close much in the same way it started, with crowds scurrying in the direction of The Hive, this time in hopes of catching at least a small portion of headlining performer Com Truise's gritty electronica. He didn't disappoint them and, in turn, The Hive, for the first time all weekend, actually started to turn into a DJ–helmed dance party — something that seemed an impossibility just a few nights ago.

In the end, I'll say this: Sure, the third day and night of 35 Denton 2012 was wet and messy. But it was better than you may have heard it was. 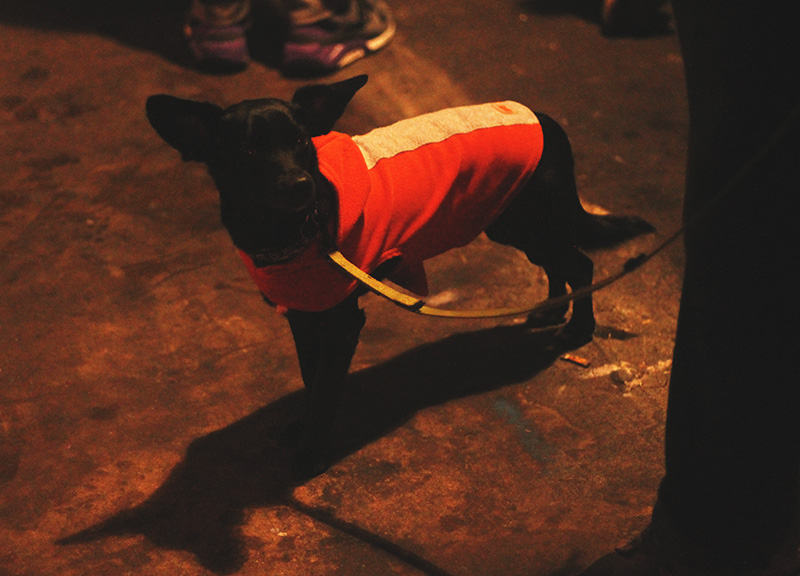 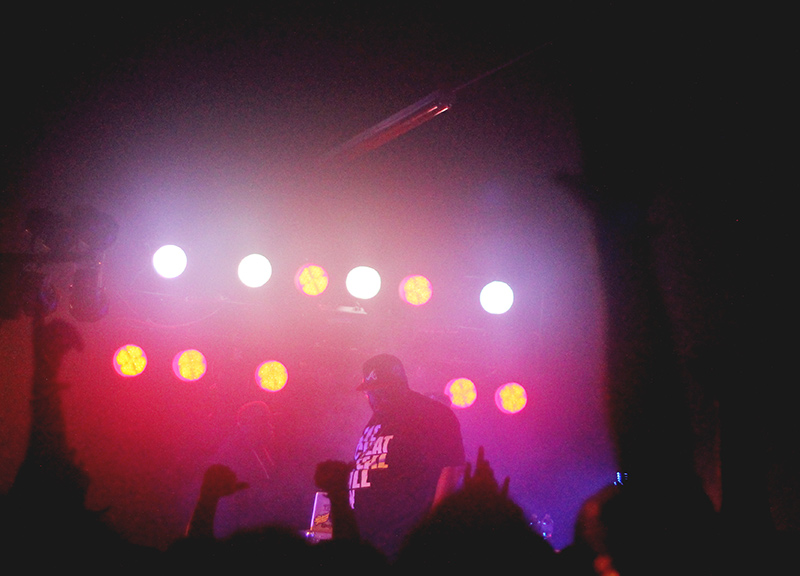 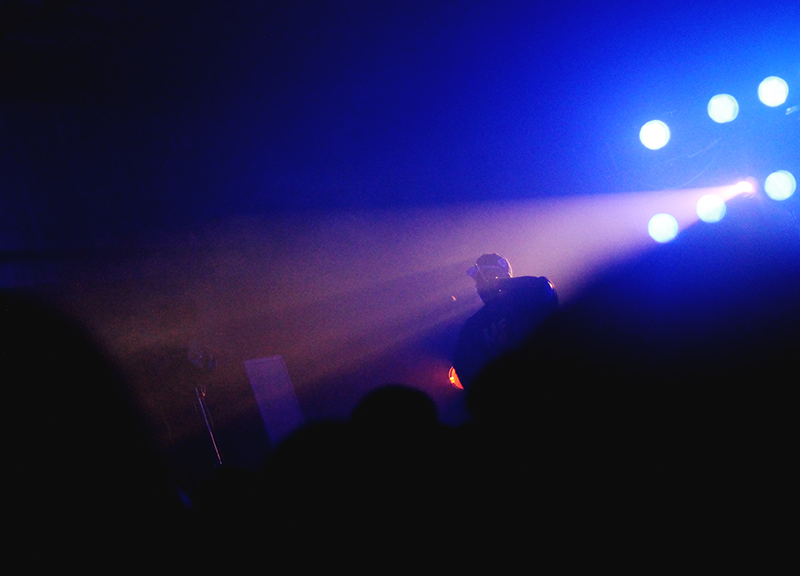 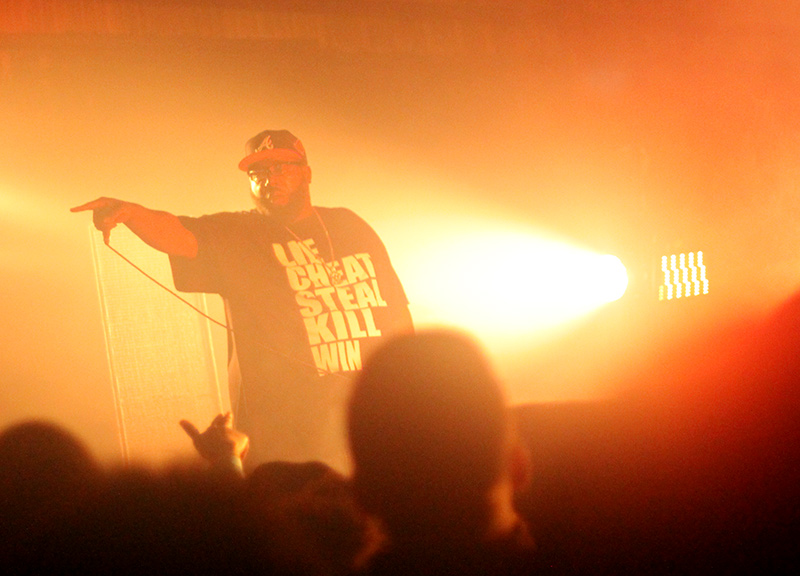 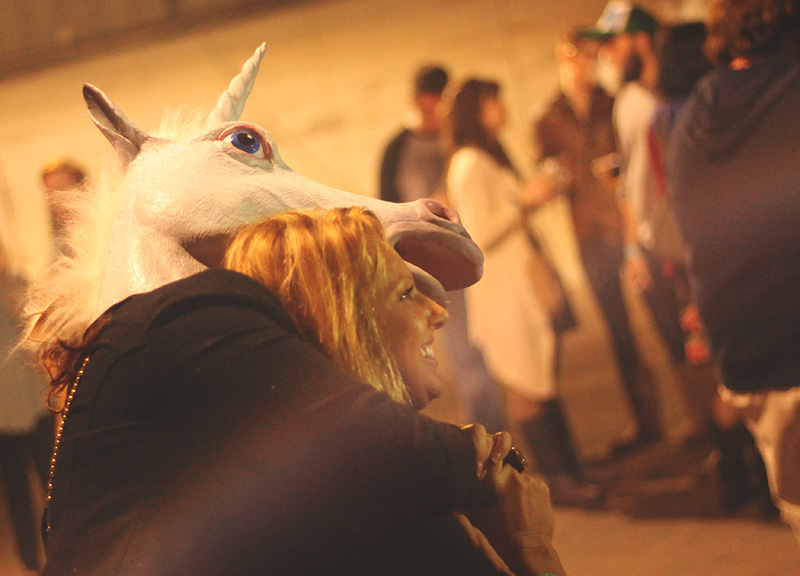 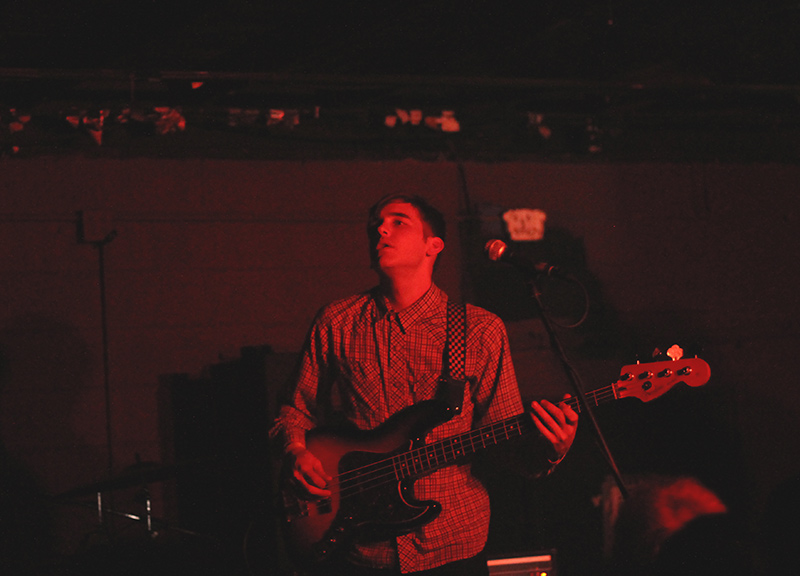 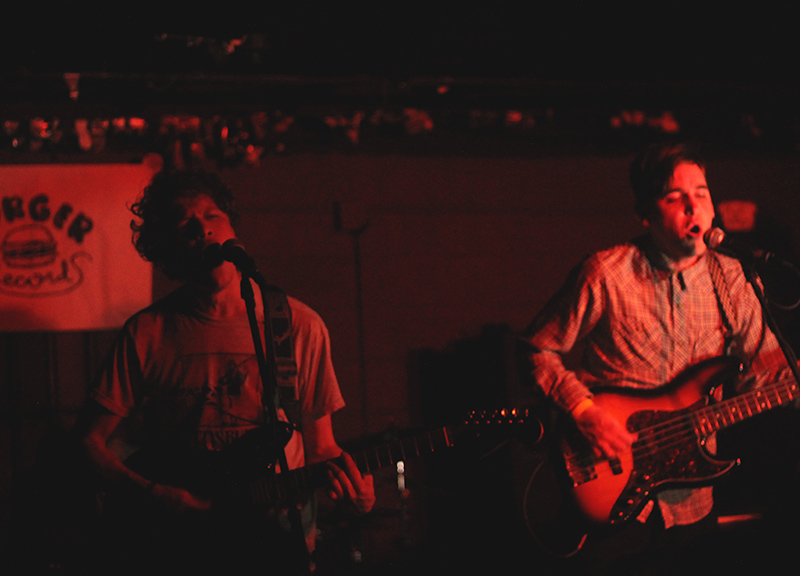 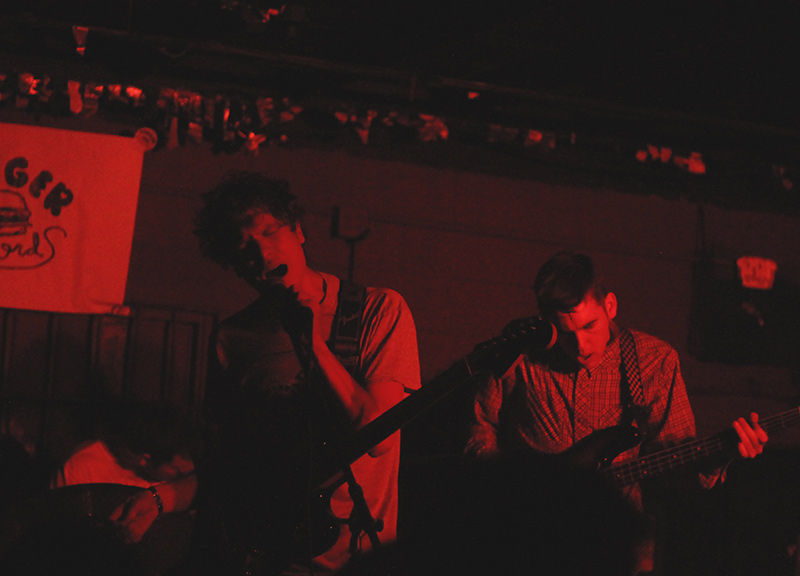 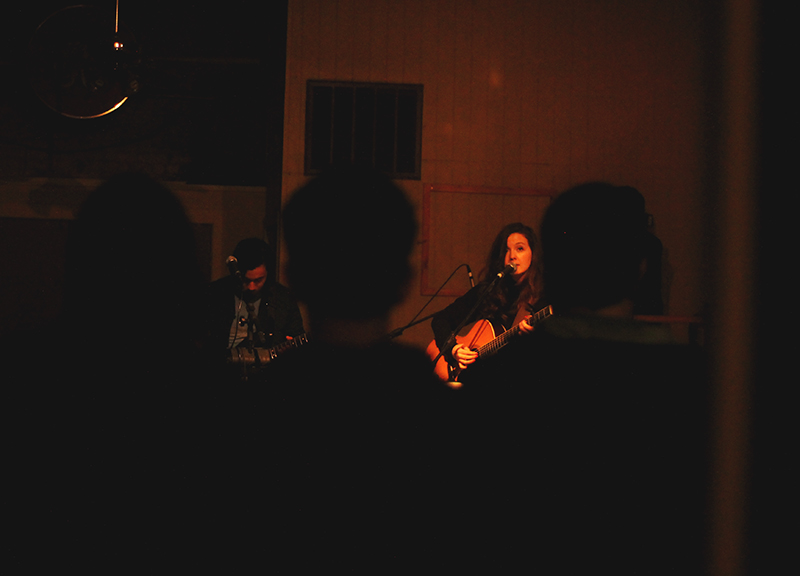 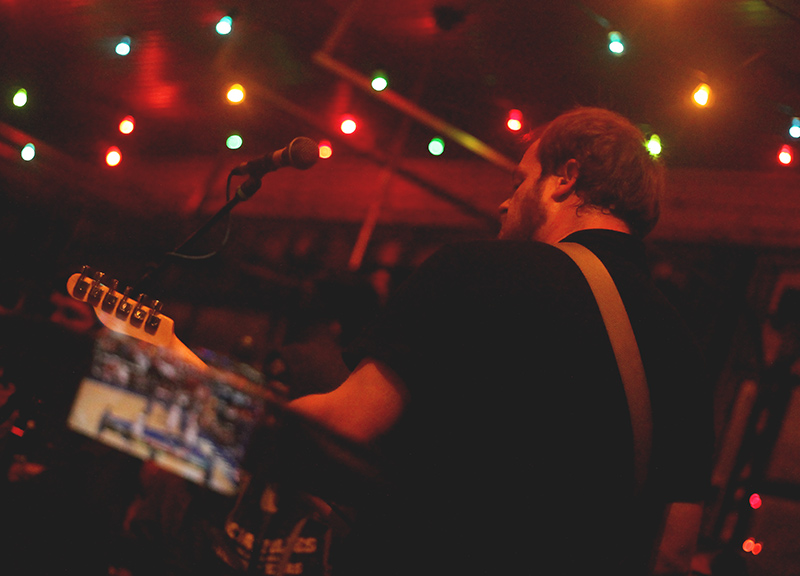 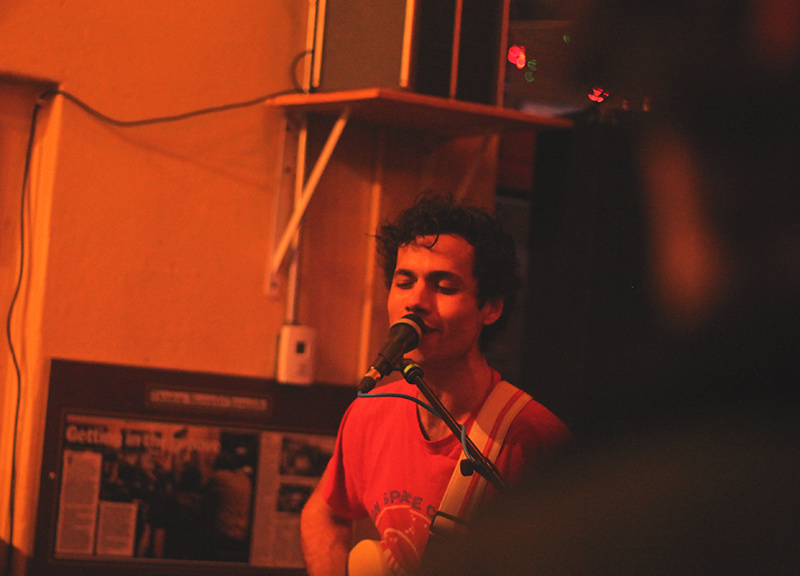 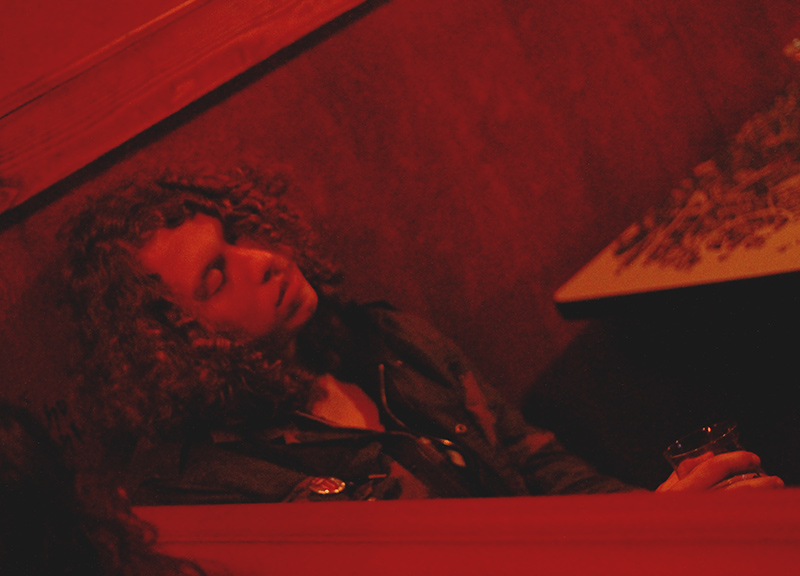 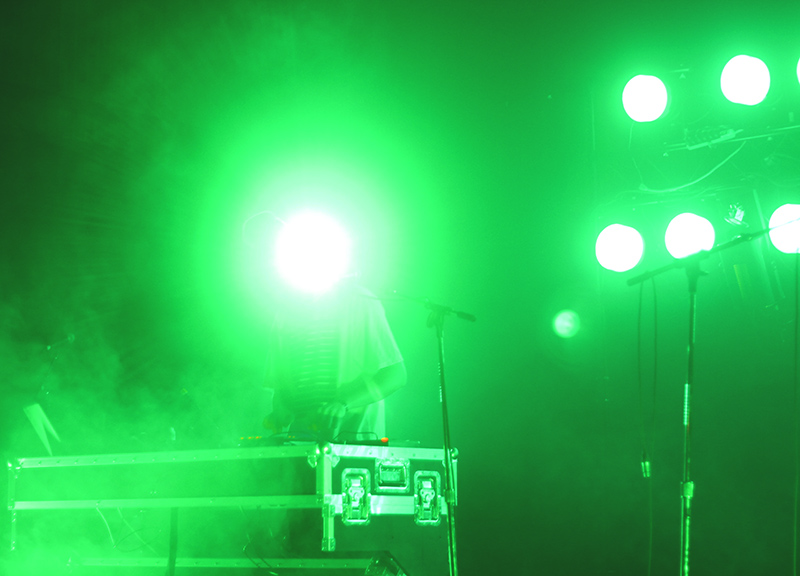 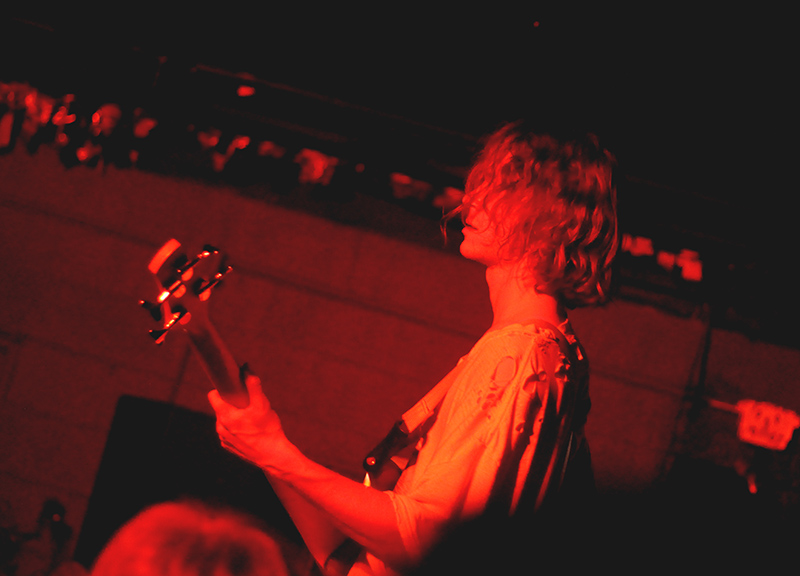 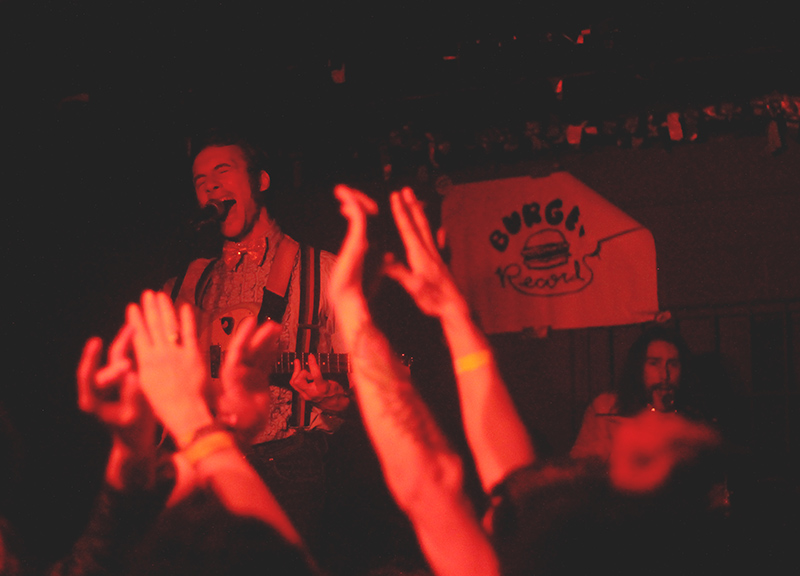 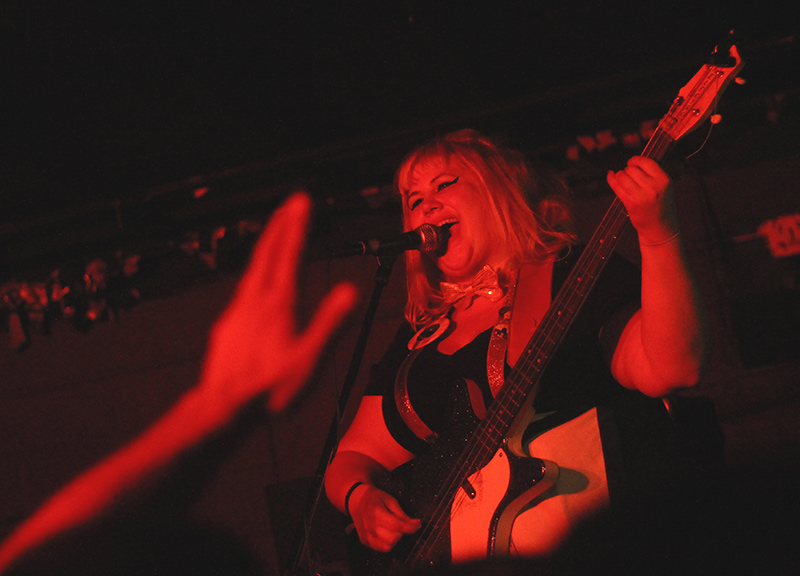 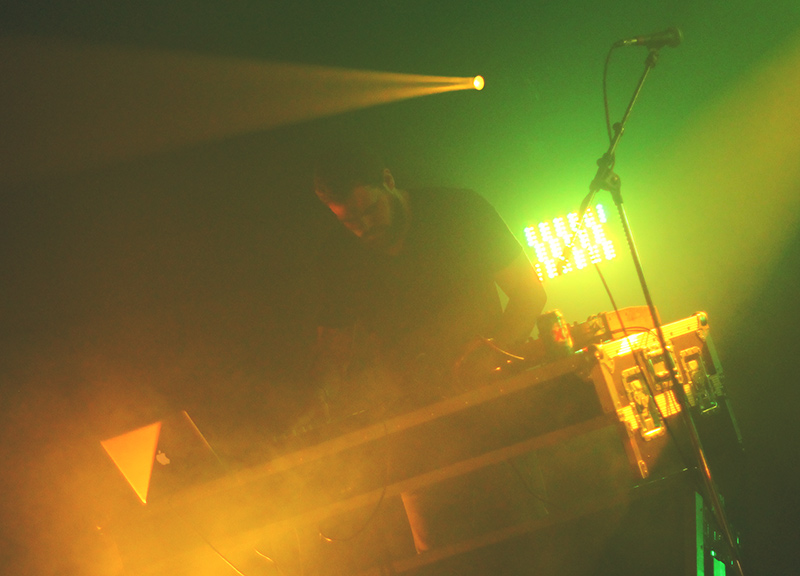 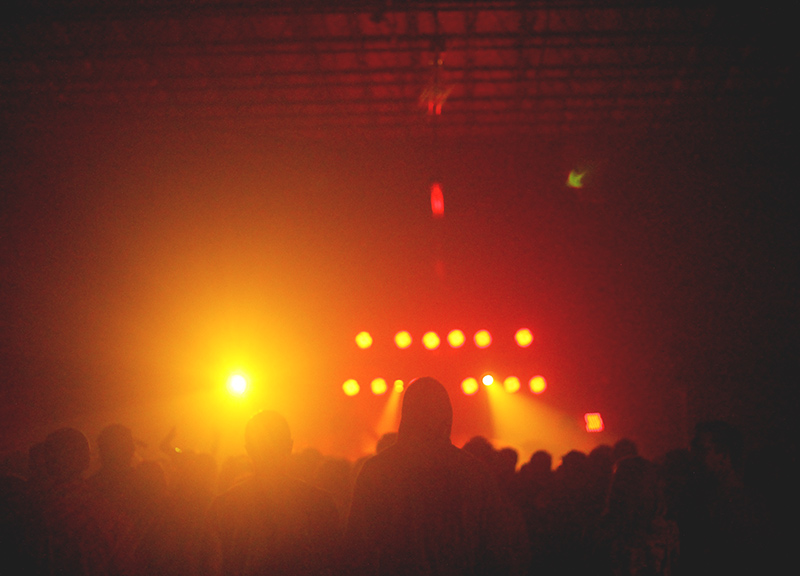