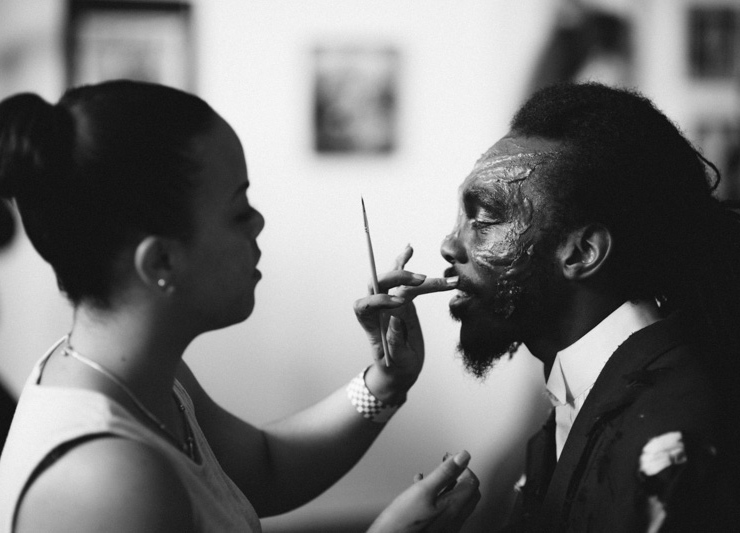 Though it may have seemed a little odd to see so many folks dressed as zombies in Deep Ellum this far removed from Halloween, the undead staged a full-scale takeover at Capital L Art & Entertainment all the same.

And, sure, it may have been “out of season,” or whatever you want to call it, but the Raymond Butler-curated “Dallas is Dead” show — the premise of which, it seems, was to cram as much zombie paraphernalia into one space as possible — was definitely one of the better zombie coups of an art gallery in recent memory.

The beauty was in the execution. Literally every aspect of the show — the art, the food, the servers — reeked of zombie lore. There was even a zombie caricature artist and a full-on zombie fashion show.

The zombie trend, it seems, still hasn't run its course. That much was evident by how packed the gallery was from the minute it opened at 7 p.m. — not to mention how organizers ran out of booze within the first 40 minutes of the event's start, prompting a last-minute beer run. Everything seemed to go fast on this night: The paletas cart that Butler had rented was attacked by a mass of people seeking the free frozen treats within, and tray after tray of brain cupcakes, eyeball cake pops and worms in cups disappeared after the zombie waitresses made their rounds.

As for the art itself? It varied a bit in its quality. Some pieces seemed hastily made or made simply for the pop culture reference. Others were provocative or skillfully executed.

The “face” of the show — or torso, really — that was created by Keith Brown was an excellent piece, and much more Dallas-centric than most of his peers' pieces. That much makes sense considering that it was used on the event's official t-shirt.

Despite the quality of the art, attendees seemed most interested in the zombie fashion show. Models and makeup artists prepared for hours before the event, adhering prosthetic scars, bruises and blood to their skin, and making sure that the models were just all kinds of gross.

Kicking off the fashion show, cellist Marcus Bryant was carried in, writhing and wriggling, and set down in front of a cello. After a brief tuning, Bryant settled in, playing music which cast an eerily beautiful mood to the all-out awesome scene.

Aubry Roach, with makeup by Ashley Witby, was probably the most convincing zombie of the night, spitting up fake blood all over the clean white runway and just generally making people uncomfortable. Add in some zombies still capable of doing the splits despite rigor mortis — plus, at one point, an entire zombie family — and the whole thing turned into some wonderfully involving, macabre scene.

And once all the zombies were on stage, the Teenage Mutant Ninja Turtles (OK, just Michelangelo and Leonardo) even crashed the party, prompting a zombie-ninja turtle dance party.

Because, hey, why not?

There's just something kind of magical about seeing a decked out zombie-tactical vehicle parked out front of an art gallery packed with zombie enthusiasts. 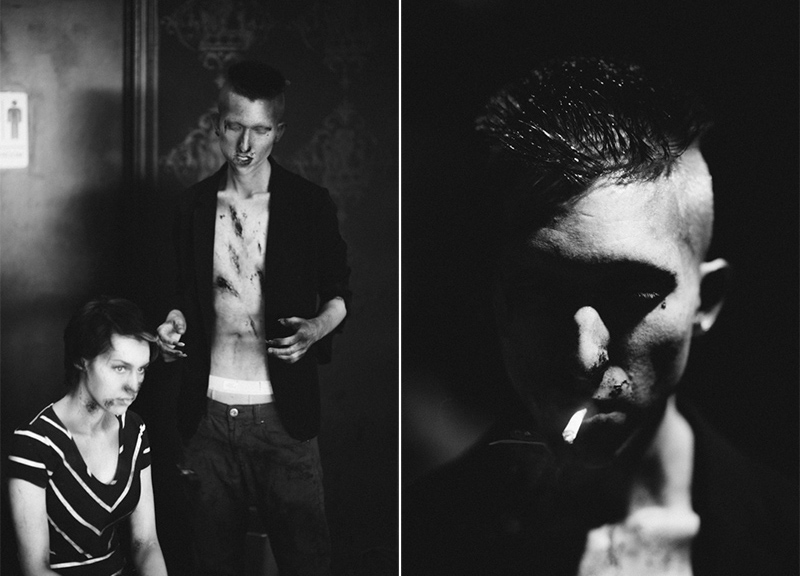 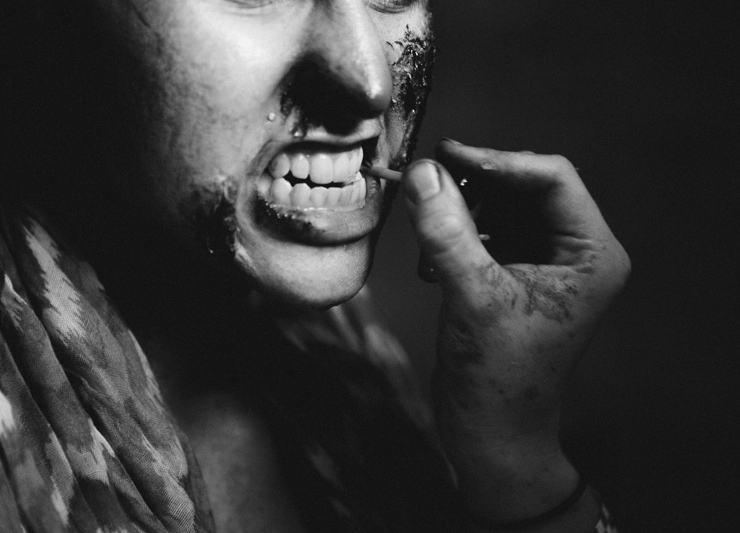 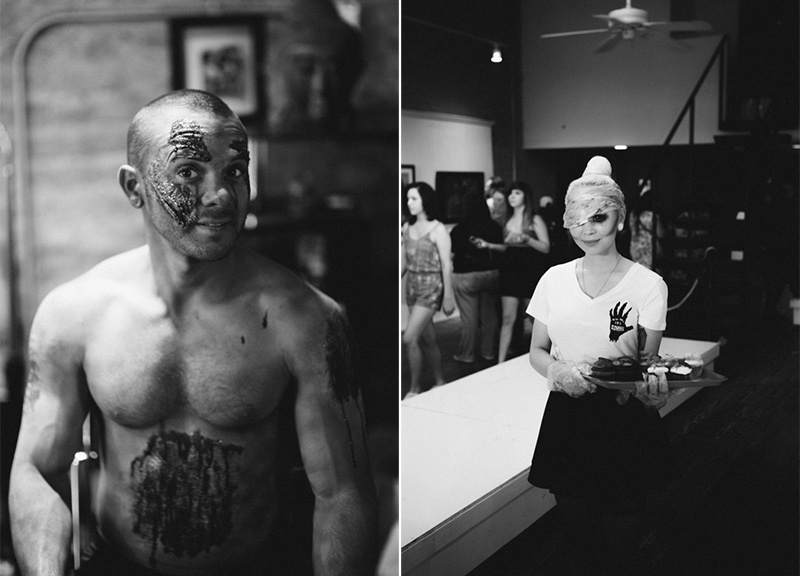 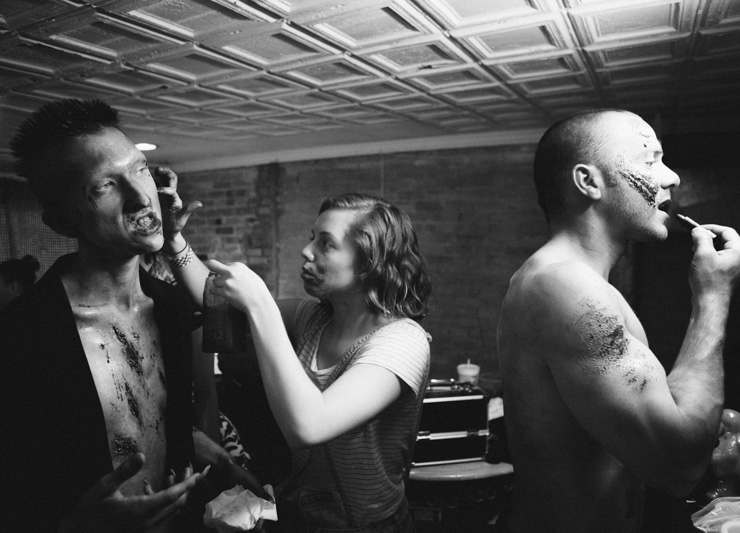 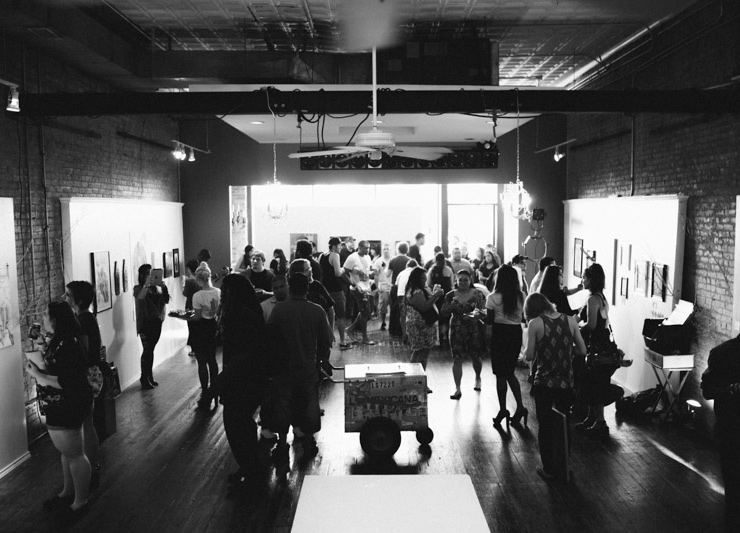 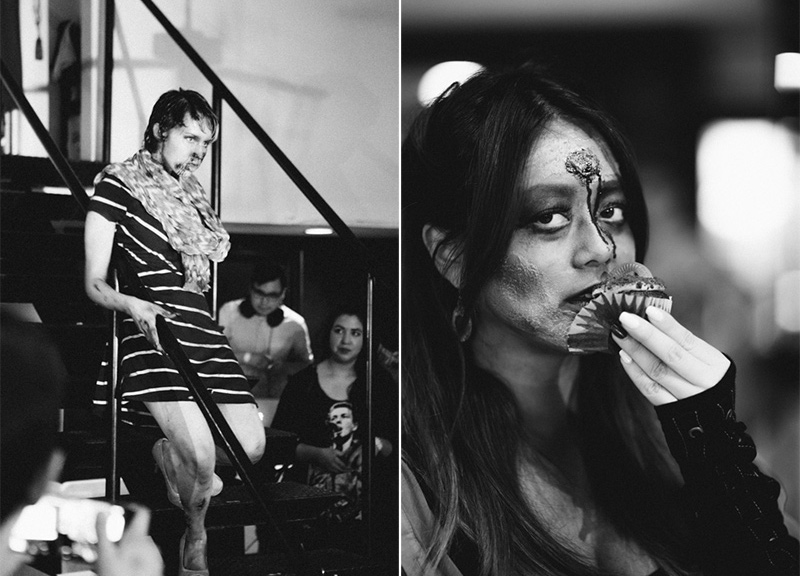 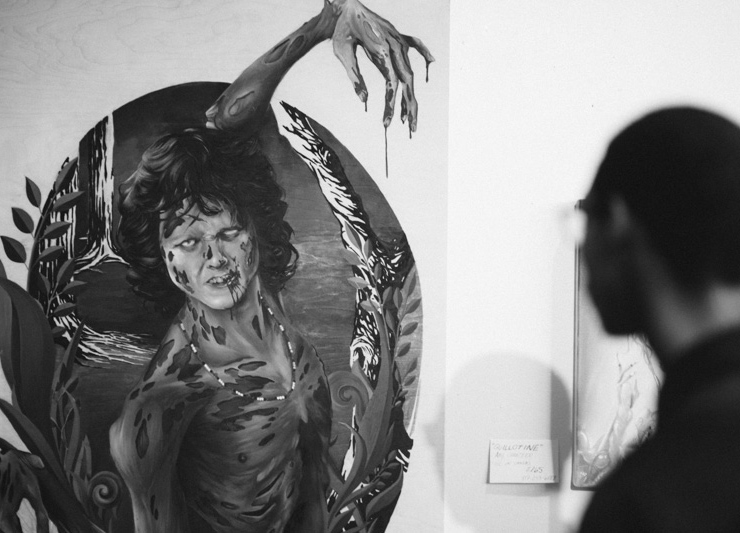 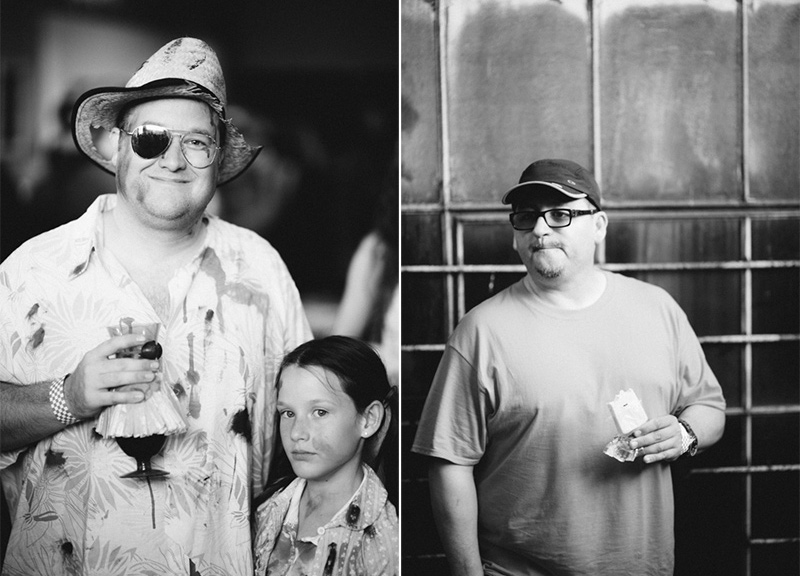 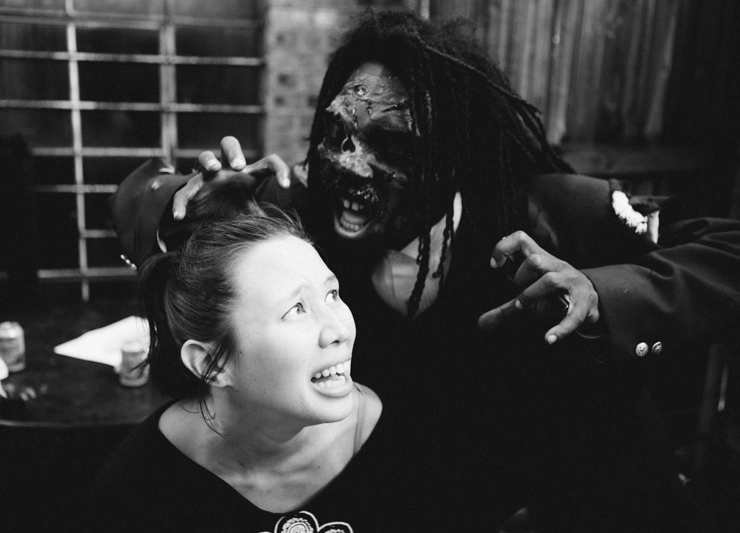 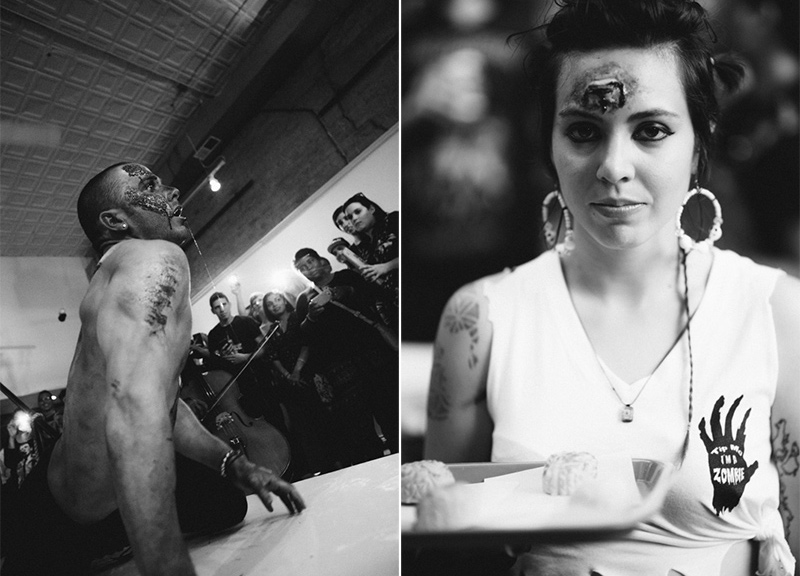 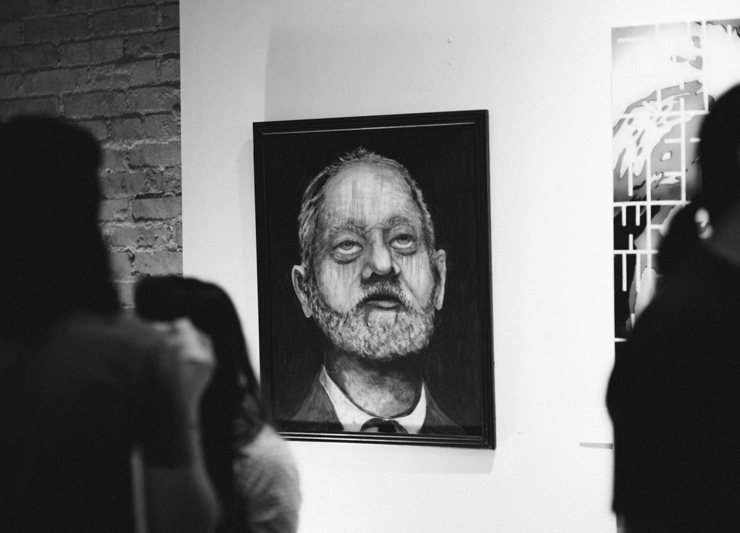 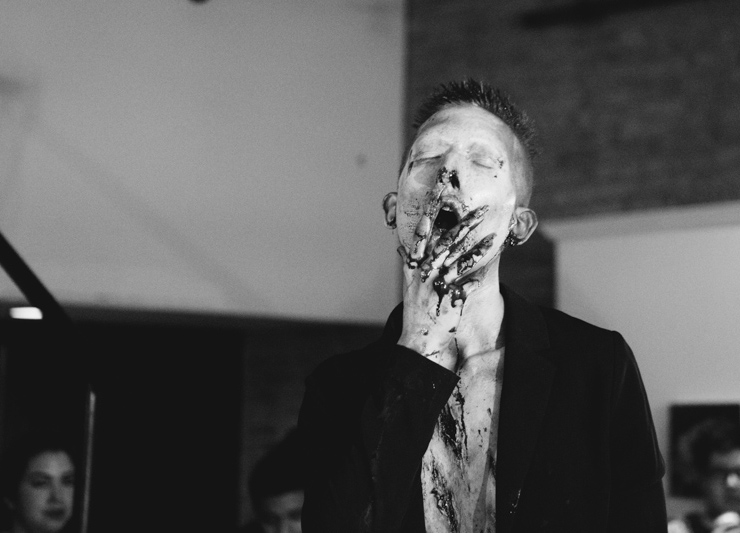 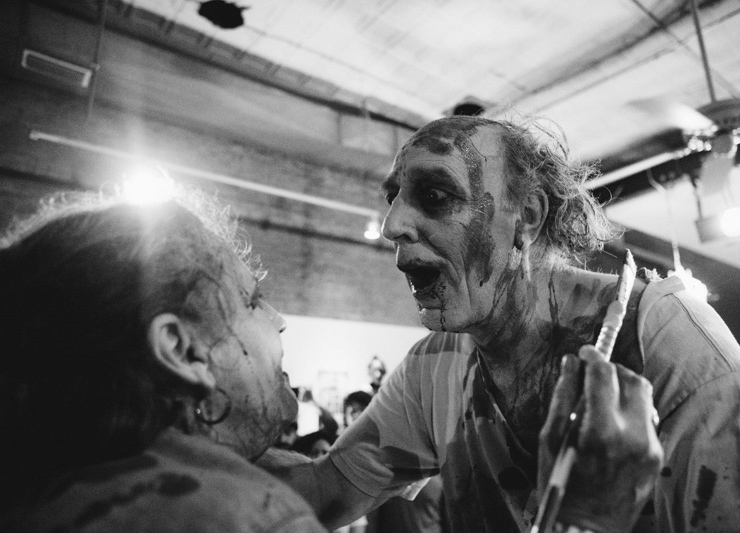 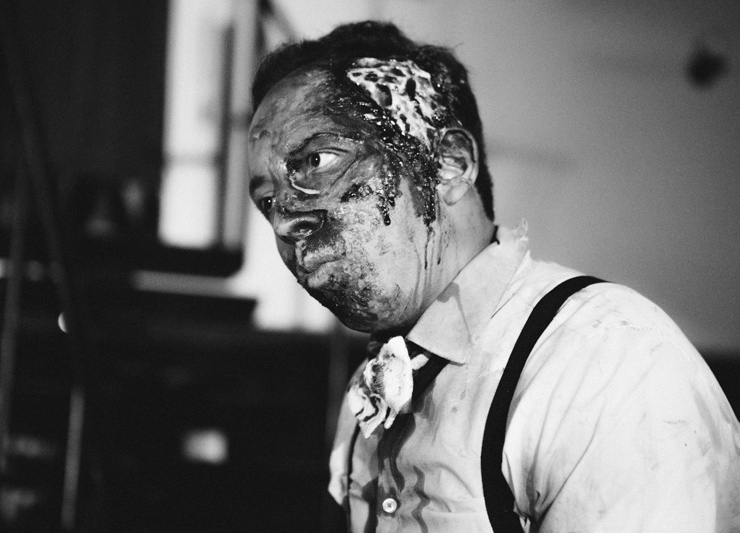 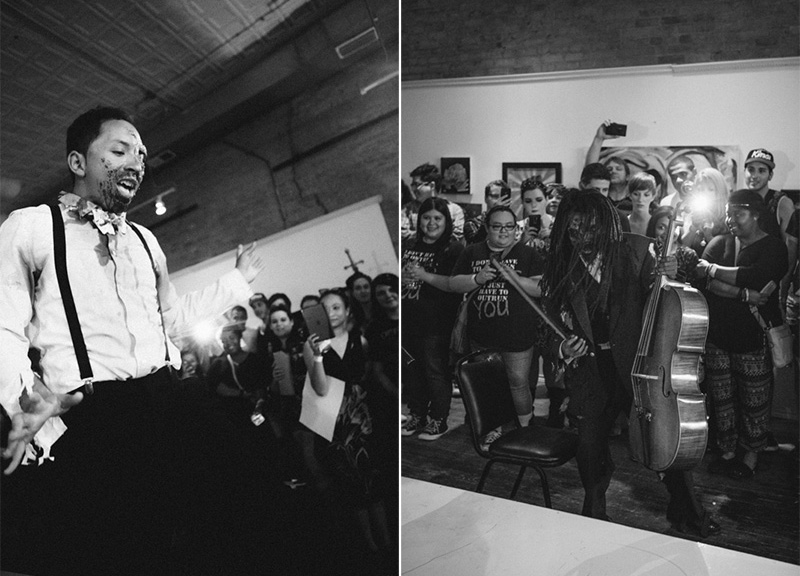 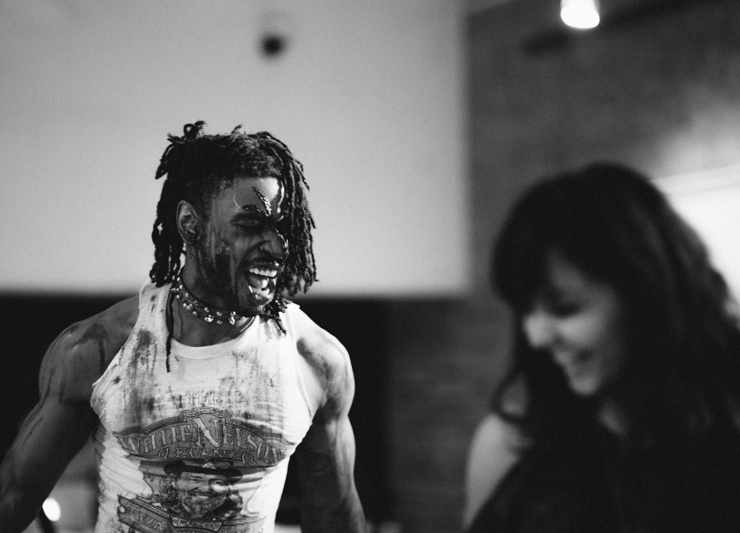 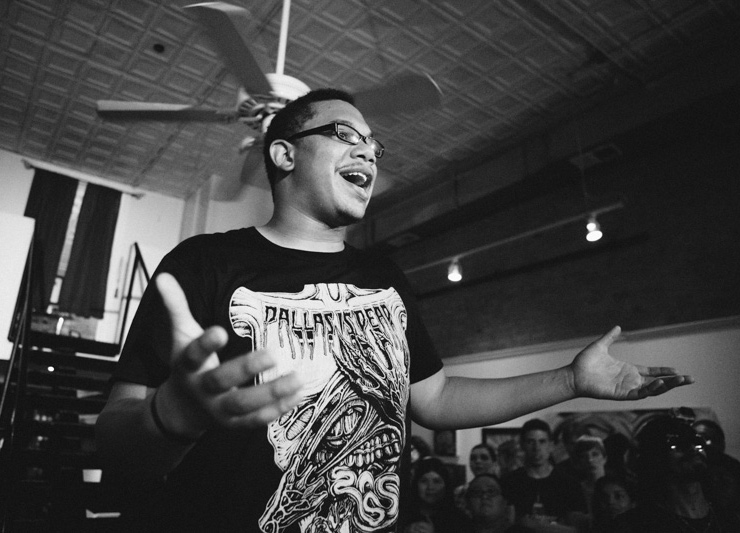 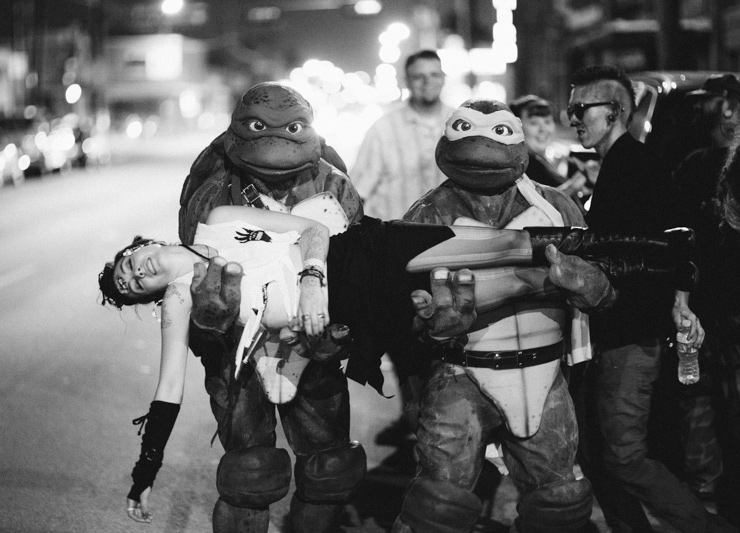