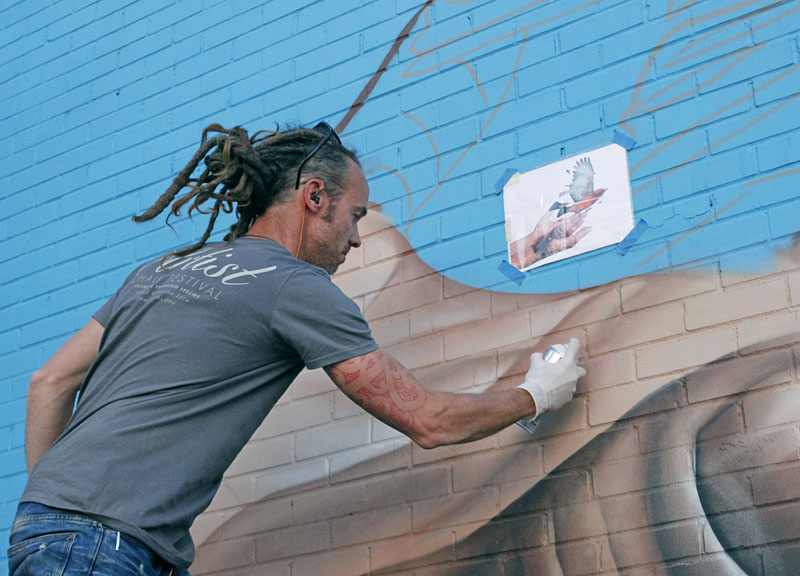 As thousands of Dallasites fight through the madness of Black Friday and scuffle over discounted electronics this week, German artist James Bullough will be putting his efforts toward a far more selfless cause, putting the finishing touches on a three-story mural on the west side of Trinity Groves — a piece he's been working on for nearly two weeks now.

Even more interesting than the painting's subject matter, which depicts birds flying to freedom from a set of open hands, is the reason behind the mural's commission: According to Michael McPheeters, the founder of upstart Dallas non-profit Handle With Care Project, the mural is a statement piece for the organization, which aims to fight human trafficking through the arts.

“We're all against human trafficking but we want to bring hope,” says McPheeters.

Hence his organization's current “Deface A Wall, Not A Body” project.

According to the recent crowd-funding campaign that helped Handle With Care raise over $4,000 to fly in Bullough and supply his efforts, “prevention is the ultimate goal, [and] HWC uses art-based aftercare programs and a network of partners to restore lives of those who have survived human rights abuses.”

With that in mind, the organization chose to depict its cause through the imagery of the birds being freed. But, points out McPheeters, these aren't just any birds. Rather specifically, they're Vermillion Flycathers — a species native to Dallas that boasts some interesting attributes that make them a natural fit for the project.

“Releasing birds in a painting is kind of typical — until we found out that these birds in particular are a chartreuse red that have to remain free to stay beautiful,” he says. “You'll never find them in a zoo or in any kind of captivity, because they lose all their color. So we're painting the birds all around Dallas as a way for us to explain the power of public art and what we're doing.”

To celebrate the completion of the mural, Handle With Care will host a closing show and unveiling at Deep Ellum Brewing Company this Saturday, November 29, from 6 p.m. to midnight. And although this event is more about the cause than it is about the art, the group has also flown out some of Bullough's never-before-seen other works to feature at the party.

Of course, that's not to diminish the value of this new mural, which the organization hopes is just the first step toward helping those in need of its services.

Says McPheeters: “We're hoping people will find the mural and come to us to help.” 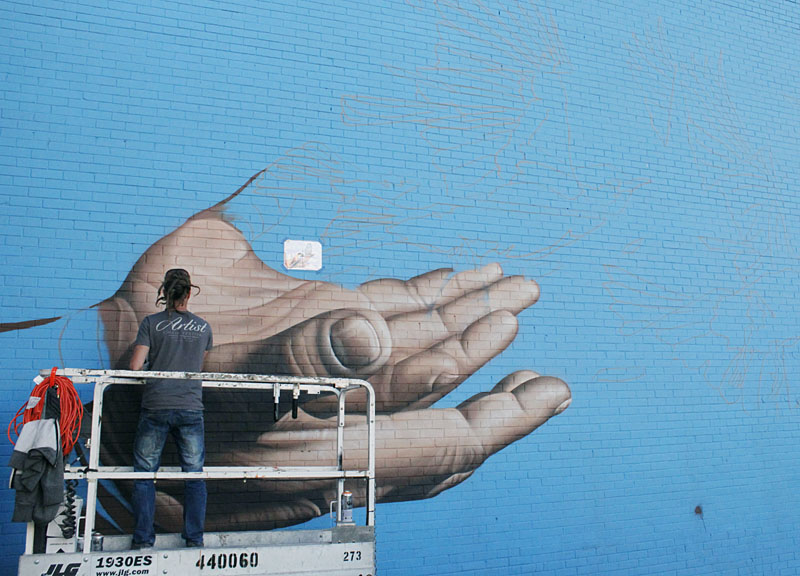