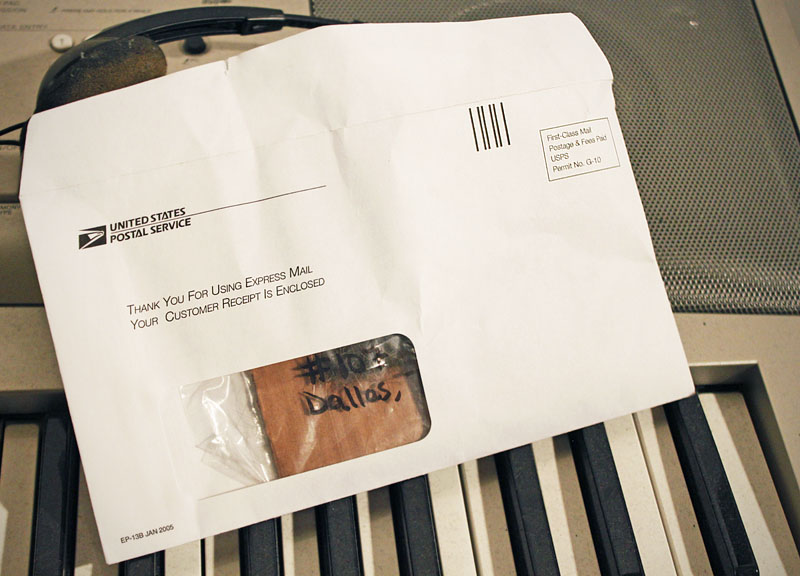 Things Are Getting A Little Hairy.

When an experiment fails, it’s important to understand exactly the reasons why. This is when the testing of independent variables comes in.

To test some of these variables, we decided to retry using a clear plastic baggie in this week’s mailing. To make it a little more rigid and envelope-like, we inserted a torn strip of cardboard into the baggie as well.

The item we tried sending through the system this time around — a pile of freshly-cut hair clippings — was markedly more “biological” than the unused condom, but potentially less “hazardous,” we suppose.

The fact that we actually did receive the hair back at our offices goes a long way toward pinpointing some of what went wrong in the condom mailing — and, hopefully, will help ensure a greater success-rate in future mailings.

In any case, it did lead to a pretty funny interaction with our mail woman — and a head’s up that our local post office branch may, in fact, already be on to us.

Item: Baggie of fresh-cut human hair clippings.
Estimated Value: Free.
Cost of Postage: $0.90
Method: We put the hair clippings into a store-brand clear plastic baggie. We put a piece of cardboard in the baggie with the hair to ensure rigidity. The address was written directly on the baggie in a Sharpie.
Days to Deliver: 8 days.
Condition Upon Arrival: Our plastic baggie had been stuffed into a large white official USPS envelope. In lieu of stuffing it into the mailbox with the rest of our items, our mail woman knocked on our door and hand-delivered it. As she walked away, she remarked that someone had been sending us a lot of weird stuff lately.
Running “Can You Mail It?” Success Rate: 66.67 percent.