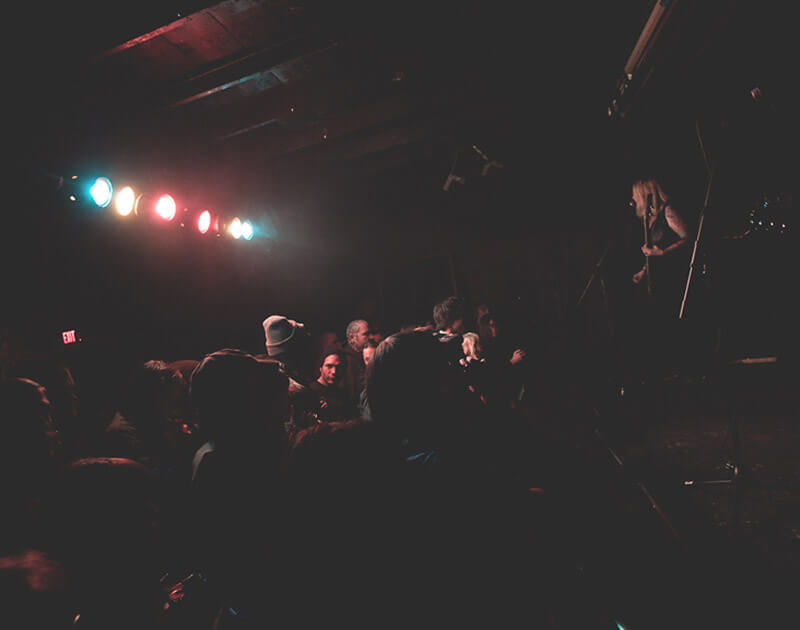 You Should Buy These Great Dallas Albums On Friday While Bandcamp Is Donating 100 Percent Of Its Sales Proceeds To The ACLU.

It’s a common refrain heard in these modern times of malaise. But, really, you don’t have to do too much at all to support certain causes. People are making it super easy for you to take action these days — in many cases by simply asking you to do what you’re already doing.

For instance, all weekend long, you can just buy a cup of coffee and help a good cause. Grab a drink at any North Texas location of Cultivar or Houndstooth between Friday and Sunday, and a portion of your sale will be donated to the ACLU’s fight against Donald Trump’s executive order on refugee travel. That’s pretty neat, right?

But, see, here’s the thing: You don’t even have to leave the house to help the ACLU out. You can just buy some music online. On Friday, the people at Bandcamp will be donating 100 percent of their proceeds on all album sales to the ACLU. In essence, they’re allowing you to kill multiple birds with a single stone here: Not only can you support artists by purchasing their work on Friday, but you can help a good cause, too.

That’s super cool. Plus, for some of you, it might also provide an excuse for you to buy one of any number of amazing albums that local North Texas artists have released in recent years that you maybe haven’t gotten around to buying yet because you’re just lazy as fuck.

To that end, here’s a quick list of 10 very excellent Dallas-area albums from the last few years that you can, and should, buy on Friday.

We’re about 13 months removed from the break-up of this influential Dallas rap duo, sure. But this album still stands, at least in my opinion, as the single-greatest Dallas rap album ever released. It’s the kind of album that you’re going to be embarrassed about saying you don’t own should that question ever come up with a fellow Dallas rap head. You should probably fix that situation.

They’re one of the best bands in Fort Worth, and this latest release from QCNH is as psychedelic as it is twangy. Plus, no one in Texas harmonizes like these dudes do. No one. Get caught up on what you’ve been missing.

Hey, here’s a fun fact: True Widow is the best band in Dallas. Has been for years. Also, they created their own genre — they call it “stonegaze,” which is really just a cute way of saying their music is somewhere between stoner metal and shoegaze. Anyway, every time they release a new album, they swear to me that they think it’s going to be their last. Might that be true of their 2016 release? Dunno, and probably not, but you should probably buy it just in case!

Who the fuck is Felix? We still don’t officially know. Haven’t heard anything firm on-record, at least. But, whatever, we’re still digging what we’re hearing from “him” on records. This, the mysterious musician’s first project, is filled with brilliant snippets of song ideas. Listening to them feels like glimpses into the mind of a genius, albeit one who’s still finding his way. Point is, it’s great.

Coppell’s Grayson Harris was 16 years old when he released this short collection of songs in 2015. Yup, 16. And it’s still somehow the best collection of emo-tinged pop-rock that’s been released out of North Texas in the past decade. It’s uplifting and heartbreaking at once. The kid’s got a future.

The more I think of it, the more I’m convinced that Dallas art-punk band’s decree of “My Cat Doesn’t Like That!” should’ve been the anti-“Grab them by the pussy” statement. Maybe there’s still time?

Blue, The Misfit — Child In The Wild

Next month, Dallas rap favorite Blue, The Misfit will release his sophomore album, a release he’s calling Perfect Night For A Funeral. In the meantime, before that album takes the city by storm, you should familiarize yourself with his debut LP, which he released in 2014.

Dead To A Dying World — Litany

Dead To A Dying World is a tough act to describe. But they work that to their advantage on this mind-trip of an album that rewards listeners who really dig into its offerings. And though their music is all over the place — beautifully spare at times, crushingly heavy at others — their politics are pretty damn clear.

These Dallas hardcore/thrash heroes’ sophomore LP is set for release later this month, but you can — and, more important, should — familiarize yourself with the band’s classic, breakthrough 2013 debut before that album comes. Plus, when you listen to them on record, you’re not in danger of getting the black eye that I once did in the pit at once of their shows.

Jesus Chris + The Beetles — Love Songs From The Slime World

Anyone arrogant enough to boast the sheer gall to name their band Jesus Chris + The Beetles is worth of your support. So, too, is anyone capable of pulling off a back-to-back song feat as this album’s sincerely depressed third track (“I’m a Bad Person and I’m Going to Hell”) and its depressingly sincere fourth song (“Only Glass”).