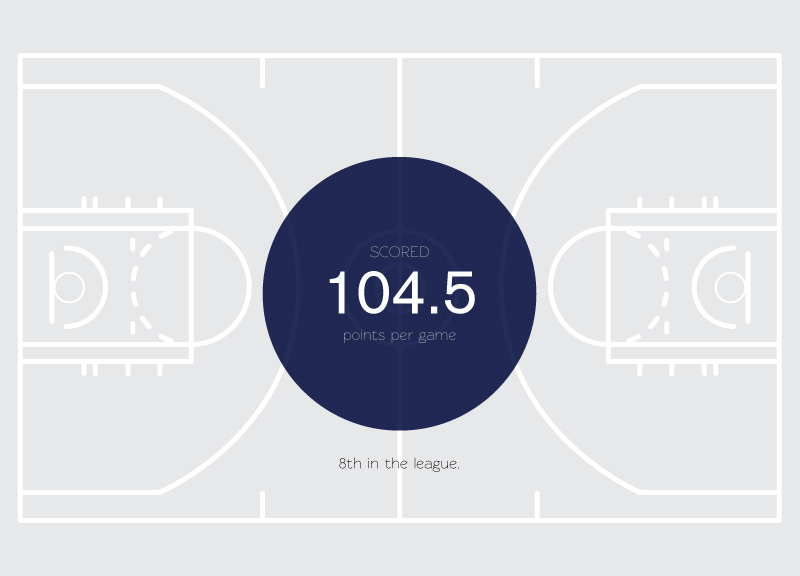 Speedy Devin Harris Is Pulling Mavericks Out of Mediocrity.

Thanks in large part to a soft schedule, the Dallas Mavericks were able to rack up some much-needed wins in the time since we last spoke.

Now, by no means was it a cakewalk. The Mavericks were just four games over .500 over the course of their 20 most recent games, registering a 12-8 record in the third quarter of the season. It was good enough, though. At one point, the team was able to climb into the sixth seed in the West.

Still, Dallas' wins should be taken with a grain of salt. Not, not all of the teams were terrible. Against the Pacers, who held the best record in the league at the time, Dallas notched a signature win just before the All Star break. That win, of course, came just a day after the team blown out by the Charlotte Bobcats.

It was a two-game sequence that summed up the dichotomy of the 2013-2014 Mavericks perfectly.

These Mavs just cannot seem to produce the same amount of effort on the floor night in and night out. It has led to myriad disappointing losses throughout the third quarter of the season — and beyond. At this point, the obvious answer as to why the Mavericks are struggling is their lack of defense. It has been atrocious.

This subject is now a broken record, of course. Defensive letdowns have stymied this team, and the resulting frustrations are visible. In his post-game pressers, Rick Carlisle is often distraught and at a loss for words. He places the blame on himself. Of course, he's not the one to be blamed here. But publicly placing it on his players wouldn't help the morale of a team that, despite everything, has a winning record and somehow finds itself in the playoff hunt.

The Mavs have been able to improve in some areas, though, and that's got to be music to Carlisle's ears. From January 24 to February 22, Dallas out-rebounded its opponents by an average of 6.2 rebounds per game. The team posted a record of 9-4 during this stretch in particular. Considering that the Mavericks are one of the worst rebounding teams in the league, that's a rather impressive run. But it was a necessary one, too: More rebounds lead to more offensive opportunities, and offense is was the Mavs do really well.

Dallas scores 104.5 points per game, which is the eighth-best scoring mark in the league. Their offensive rating — the number of points scored per 100 possessions — is a whopping 110.9. This is the fourth-best rating in the NBA. In a vacuum, these numbers are great. They're even better after the All-Star break.

Since the Mavs play such poor defense, it makes sense for the team to ramp up their offensive opportunities. Unfortunately, there is only so much that a team full of aging veterans — six of Dallas' 10 main rotation players are 30 or older, and none of them can rebound well — can do to pick up the tempo. The Mavericks do force their opponents to turn the ball over about 15 percent of the time, sure. And that helps.

But the biggest factor to the Mavs' improvement of late? That's the play of our old pal, Devin Harris.

Harris returned to action on January 18 in a game against the Portland Trail Blazers. The Mavs lost that game, granted. But getting Harris back after missing several months with a foot injury was the real story here. Since his return, Harris has established himself as a crucial member of the bench.

In just over 18 minutes of playing time pet game, Harris is averaging 7.4 points, two rebounds and 4.4 assists. His willingness to attack the basket has given Dallas another tool in its already impressive offensive arsenal. Carlisle pairs Harris with Monta Ellis more because of this, and that's a good thing; this backcourt has duo appeared in all 20 of the games in the third quarter of the season together, averaging about 7.6 minutes on the court at the same time. They post a plus/minus of 1.2 points when they're out there together — and the team scores 18.3 points over that stretch, on average.

But Ellis isn't the only one seeing the benefits of playing with Harris. Brandan Wright has developed a nice on-court chemistry with Harris, too. With Wight hovering on the weak-side post, Harris will often flip the ball up in the air over defenders for an alley-oop slam dunk for Wright. It's pure entertainment, and it gets the crowd going. But it's also just a strong offensive possession.

Still, Dirk Nowitzki has benefited most from Harris' return. Their pairing has the highest plus/minus mark on the team, coming in at 4.9. They play together for approximately 12.5 minutes per game, too, netting the Mavs 30.7 points as they do.

While the return of Harris is a welcome addition to the lineup, the resurgence of Vince Carter has been a major reason for the Mavs' successes of late, too. In the third quarter of the season, Carter played as if he were a character in NBA Jam. He guns with confidence, never hesitating to take threes. Fortunately, he's also on fire from behind the arc, connecting on 41.4 percent of his shots from three. His season average? 37.9 percent.

The improved bench play and increased pace have helped the Mavericks stay ahead of their competition. That, we know.

The bad news is that nothing the Mavs do offensively seems to mitigate how poorly they play defense. This is a cause for concern as the race heats up: The Golden State Warriors, Phoenix Suns and Memphis Grizzlies are all jockeying with the Mavs for the last three playoff spots in the West. And, due to the lack of defensive prowess on this team, Dallas is going to have to lean heavily on its offense and create as many opportunities to score as possible moving forward.

Which, at the very least, is a strategy — and one that very well could get these Mavericks to the playoffs. If they even want to be there, of course.

But that's another story. 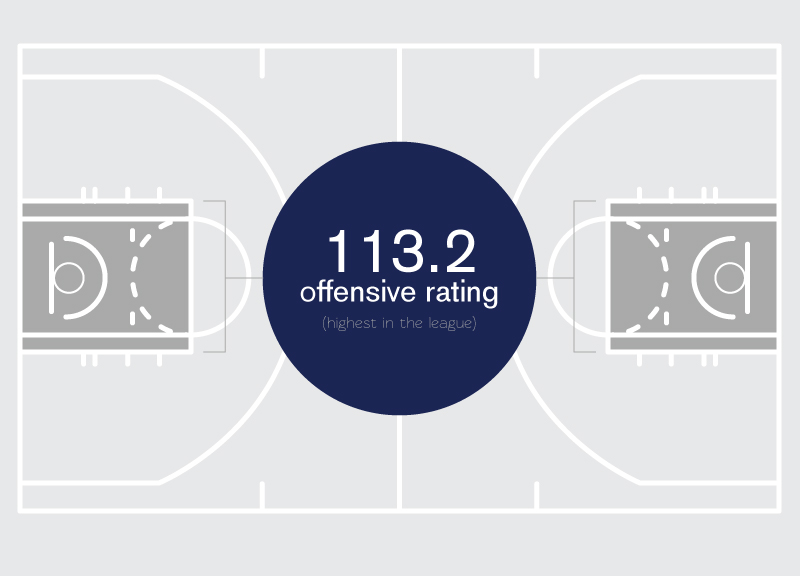 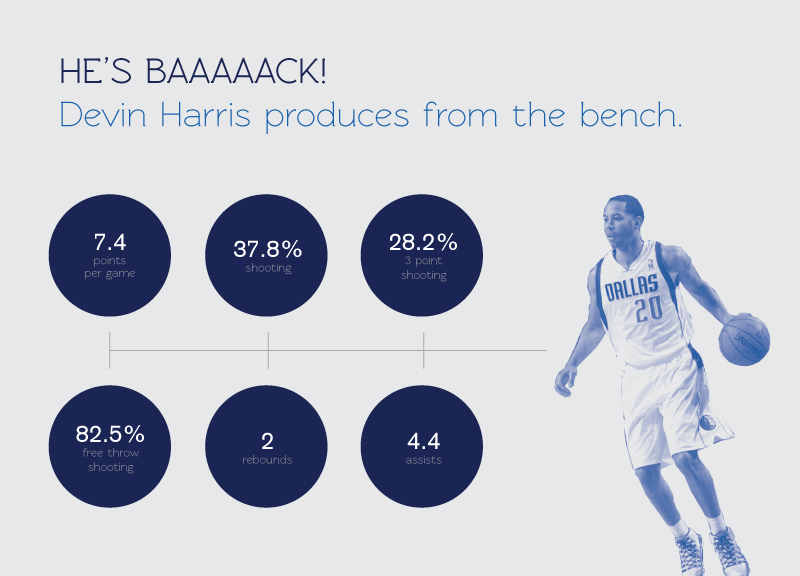 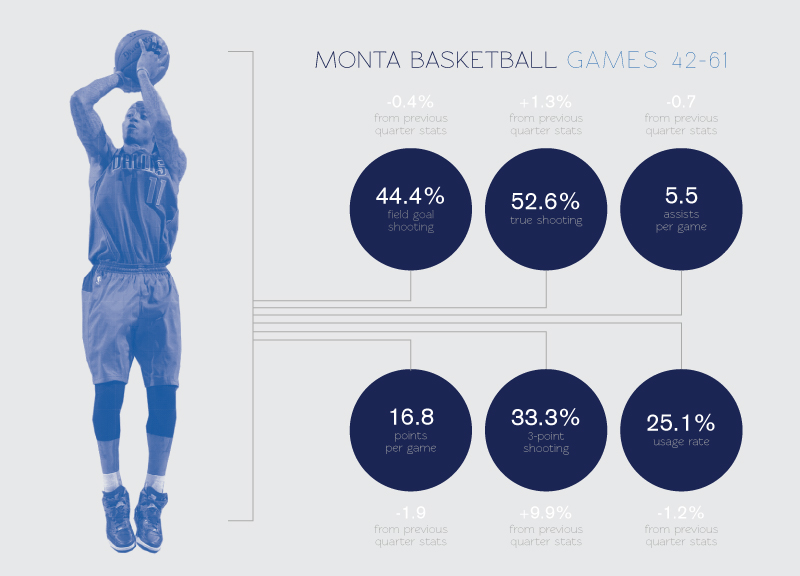