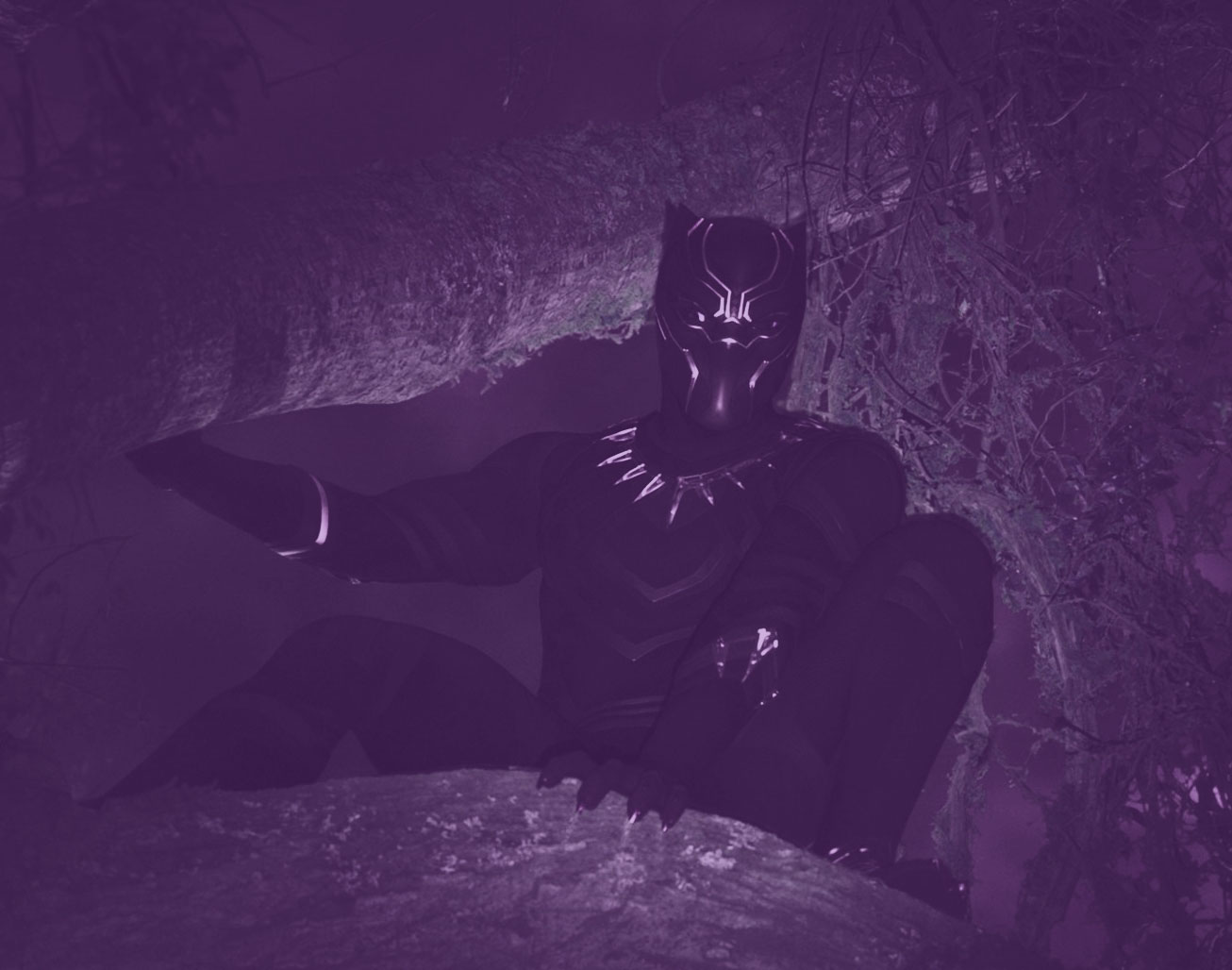 Black Taffy Is Kicking Off His New Screw-Dedicated Monthlies In Dallas And Fort Worth By Chopping And Screwing Marvel’s Best Movie Soundtrack Live.

If Wakanda — in the words of T’Challa himself — truly is to “no longer watch from the shadows” and work as “an example of how we, as brothers and sisters on this earth, should treat each other,” then the many celebratory events that took place around Dallas surrounding the theatrical release of the objectively great Black Panther film must keep taking place.

And thanks to the kickoff events planned for new monthly parties set to launch next week in Dallas and in Fort Worth, they will — well, for at least one more week.

On Wednesday, March 21, at Dallas’ Independent Bar & Kitchen and on Friday, March 23, at Fort Worth’s Off The Record location, Dallas musician Donovan Jones — perhaps better known to the masses by his low-end-obsessed stage name of Black Taffy — will kick off new monthly parties for each city in which he’ll use a range of software, gear and pedals to chop and screw a variety of sounds. And he’ll first do so by chopping up the sounds of the epic Kendrick Lamar-produced Black Panther soundtrack.

But unlike, say, Houston legend OG Ron C who recently released his own Chopped Not Slopped take on the soundtrack, Jones — who knows a thing or two about chopping up classic albums himself — will be doing his thing live, using a combination of two cassette tape decks, Ableton, some samplers and a few effects pedals. And, as is also the plan at all future renditions of the recurring bash, he will do so awash in the projections of video artist Brian Tomerlin.

The night came to pass after Jones and Tomerlin joined forces for a Valentine’s Day event at IBK where they took requests for slow jams and made them even slower. The night was such a hit that IBK and OTR event programmer Moody Fuqua invited the tandem to do so on a monthly basis.

That it’s starting with a Black Panther theme just felt like the natural play, says Jones.

“It’s really good,” he says of the movie’s soundtrack. “Lots of good vibes, lots of buzz about it. It’s spreading awareness about black empowerment, and I want to help contribute to this movement.”

The plan, he says, is to not just play the soundtrack, either. He also plans on screwing other songs from artists on and associated with the soundtrack, too. His hope is that, by presenting those mostly Los Angeles-based artist’s sounds in this decidedly Texas light, he can open up some minds and ears. In future goes of the monthly, he says he’ll bring that mentality to a wider array of sounds.

“My main goal is to really freak whatever it is that I’m playing,” Jones says. “Thankfully, when people see that it is happening live, there has been a lot of positive response.”

Freaking his sound is always the goal, Jones says, whether it’s through DJ sets like these or in performances where he plays his own original music. And, after working closely with area vocalists Lily Taylor, Sudie and Sarah Ruth Alexander (of They Say The Wind Made Them Crazy) as well as with experimental dancers such as the Danielle Georgiou Dance Group and Yea Jean Choi, Jones says he also expects to have some announcements about his own original creations in the near future.

In the meantime, dipping his toes into the vibranium-soaked waters of Wakanda seems like a prudent way to temper the wait on those other efforts.

“Screw music is truly psychedelic in nature,” Jones says. “But, ultimately, I’m attempting to push the genre forward in my own way.”