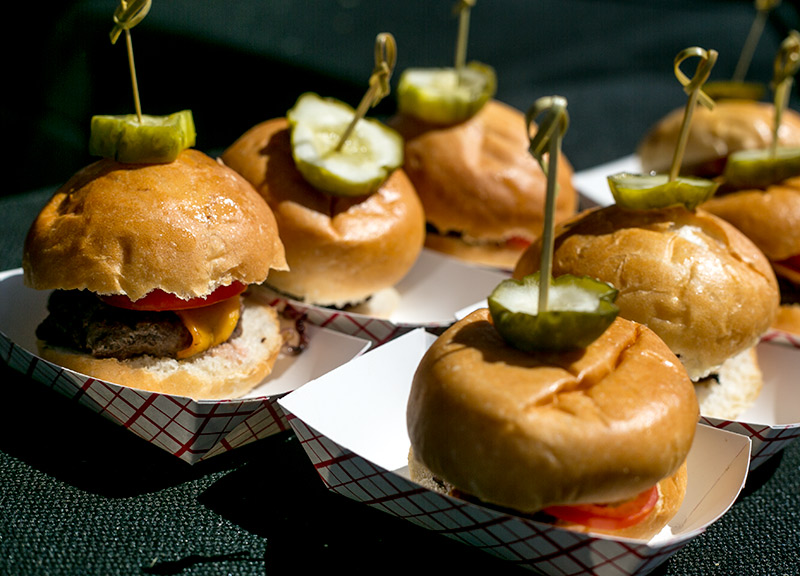 Here's what you need to know about BurgerFest, which you should regret missing on Saturday, even if Frisco's Breakaway Festival and Irving's Red Bull Flugtag offerings indeed made for acceptable excuses of absence on your part on this incredibly busy day around the region:

â€¢ For starters, this debut ordeal — thrown by the folks behind the North Texas Taco Festival and in conjunction with the teams from Entree Dallas and the Deep Ellum Outdoor Market — was just an awesome, relaxed, incredibly gluttonous good time. The weather was to die for (although temperatures did trend upward into the 90s as the afternoon wore on), the crowds were in good spirits and the beef was plentiful.
â€¢ More than a dozen burger joints showed up to share their wares, and they set up their grills right alongside the normal Deep Ellum Outdoor Market vendors. Also present: A company called Winesicles that sold, as you'd expect, wine-filled popsicles; a stand handing out free Topo Chico; and an impromptu bar set up by the team from Anvil Pub on the old Ruby Room patio, which also hosted a handful of music performers throughout the day.
â€¢ The burgers ranged in price from $2 to $4 and, for the most part, came in fairly large-sized portions, especially given the fact that organizers had teased mostly slider offerings from the participating restaurants. The burgers being sold here, however, were no more sliders than your standard hamburgers from McDonald's are; attendees could eat their fill for $10 or perhaps even significantly less.
â€¢ You had to feel a little bad for two vendors in particular: Chop House Burger, whose bare-bones offering was easily overshadowed by the more adventurous offerings available; and Garden Cafe, who, God bless 'em, tried to convince the meat-lovers on hand to try out their veggie burger offering and had little to no luck in doing so.
â€¢ The craziest burger on hand? The chicken-fried burger from Richardson's Haystack Burgers. For $3, this handful came smothered in fried chicken batter, was deep-fried, and then topped with gravy before being slid onto its bun. Talk about decadent.
â€¢ The W's Cook Hall deserves some props for being one of the few spots to offer up more than one burger from their stand, although, to be honest, its chefs kinda cheated somewhat in that regard: In addition to its barbecue burger offering, the spot's secondary offering — a “meatball burger” — was less a burger and more a meatball sub. Still, it was pretty tasty, served with a hunk of mozzarella.
â€¢ Twisted Root Co., as expected, got bizarre with its offering, serving up goat beef instead of cow beef.
â€¢ The Easy Slider Truck was the lone nontraditional restaurant on hand and, as such, simply pulled its truck up to the southern end of the parking lot being used for this event. As expected, its delicious Sweet & Lowdown was a hit.
â€¢ The biggest lines we saw all day were for the Stackhouse Burger stand, which somehow managed to keep up with the demand thanks to a multi-tiered assembly line that put together burgers from buns to toppings and, unique to their spot, a sides of chips.
â€¢ Maple & Motor too had its process streamlined, and perhaps even more impressively so. With some four chefs constantly working the grill, there was almost never a wait at this highly revered eatery's tent. Props for that and also for its crew taking the time to toast its burgers' buns — a simple step passed over by so many of the other participants at this affair.
â€¢ The most inventive, tastiest burger of all, however, came from Plano's Whiskey Cake, which shocked audiences with a Bahn Mi take on its burger. I don't even know how to describe this crazy fusion. But, trust me, it was amazing. Whole event was, to be honest. Just a great day. 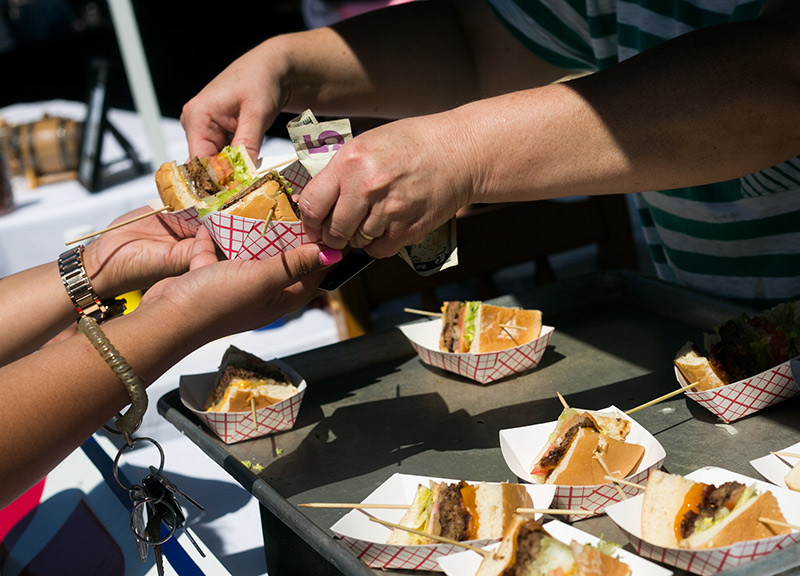 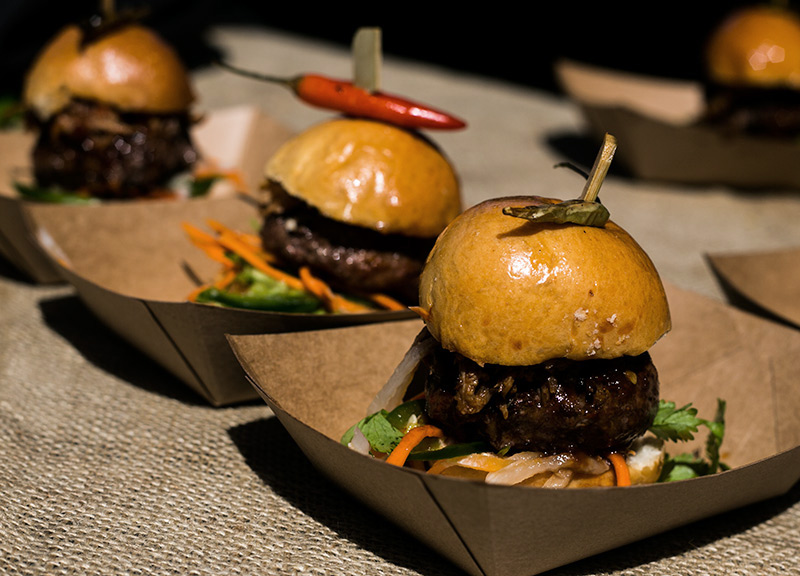 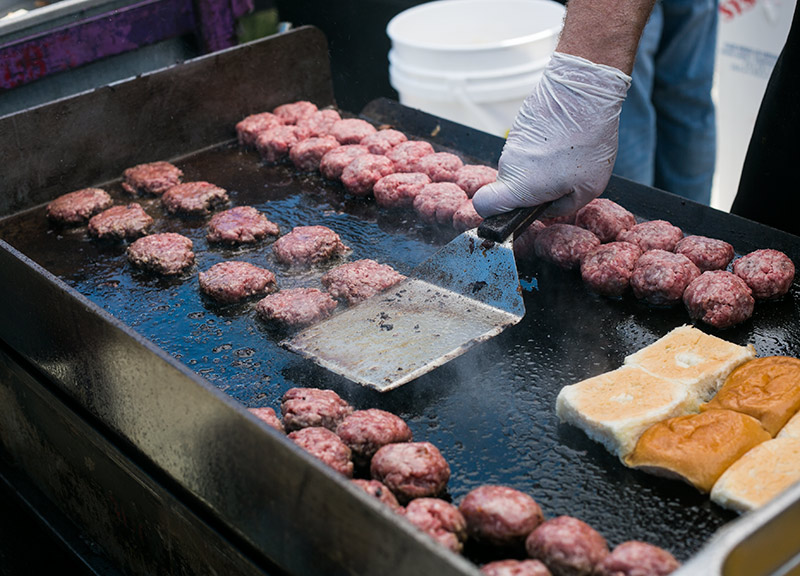 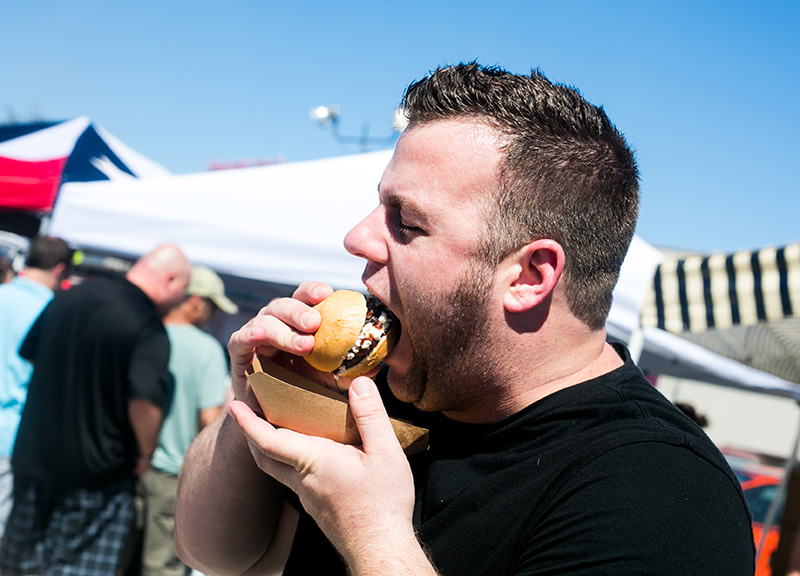 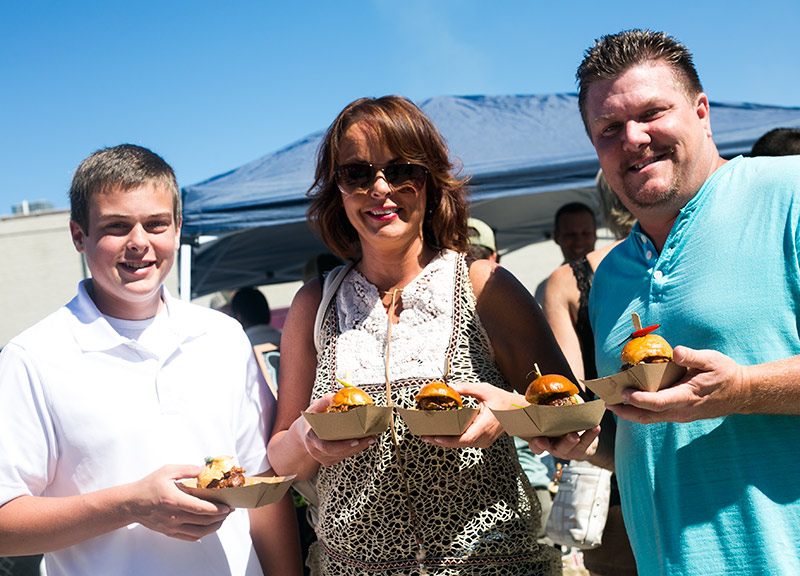 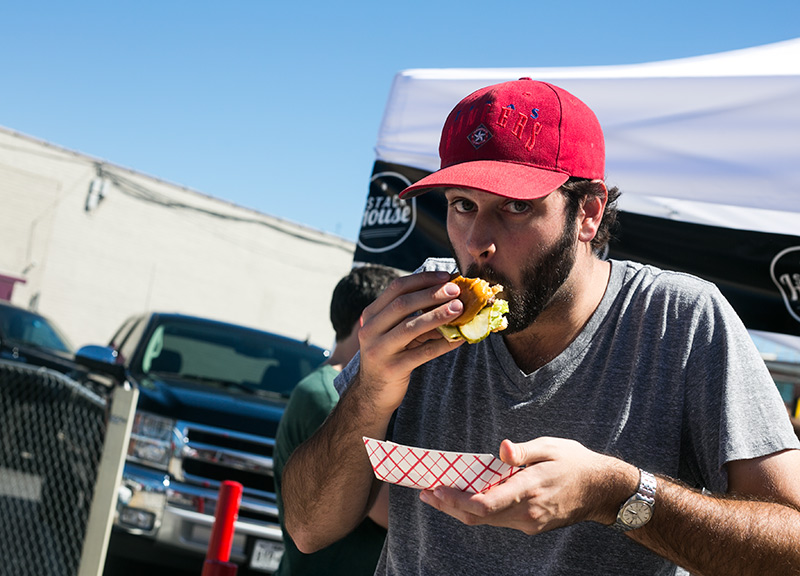 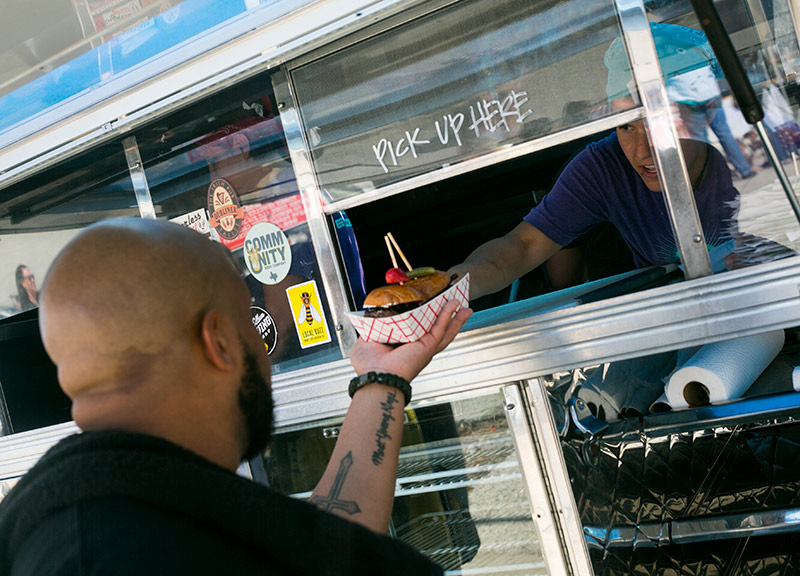 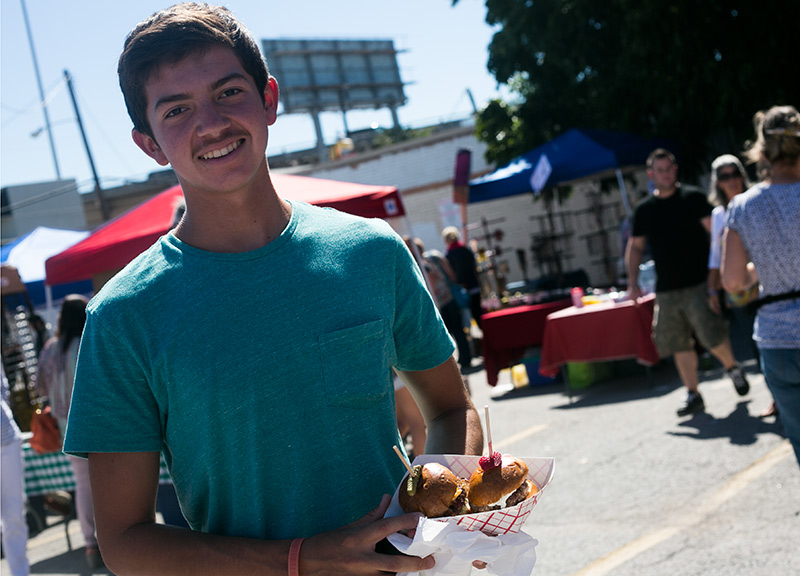 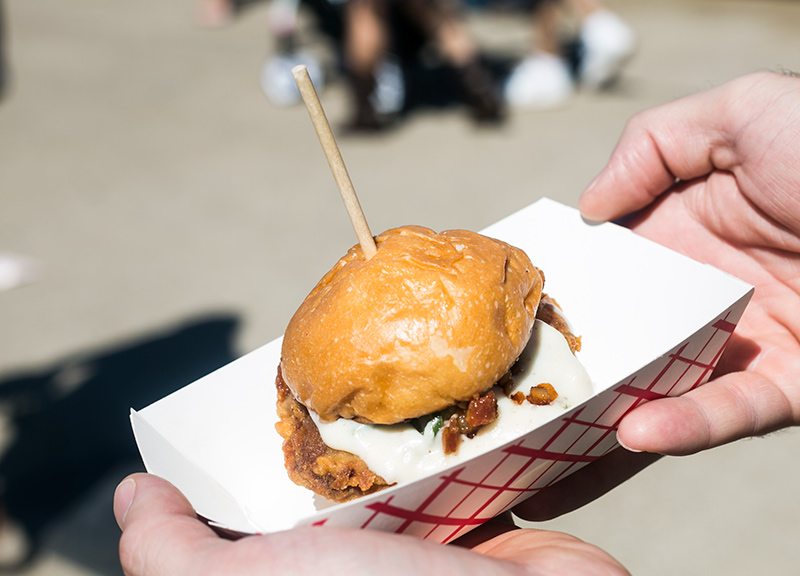 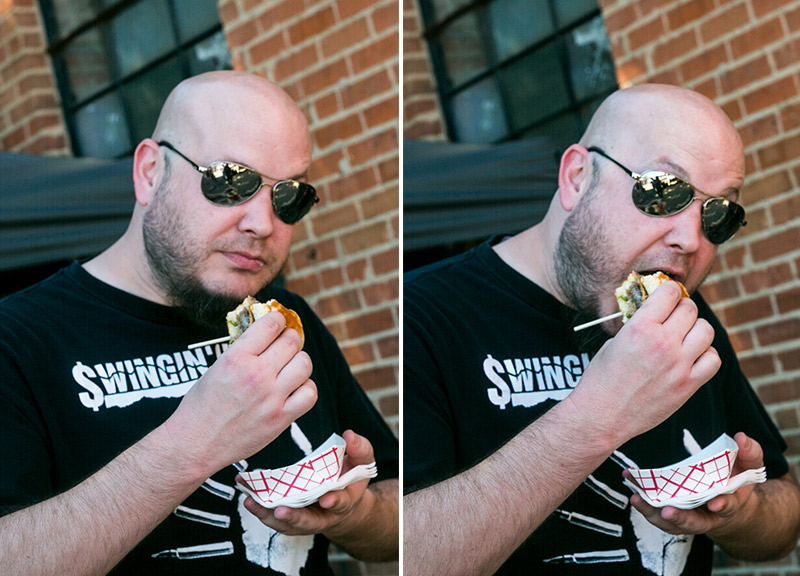 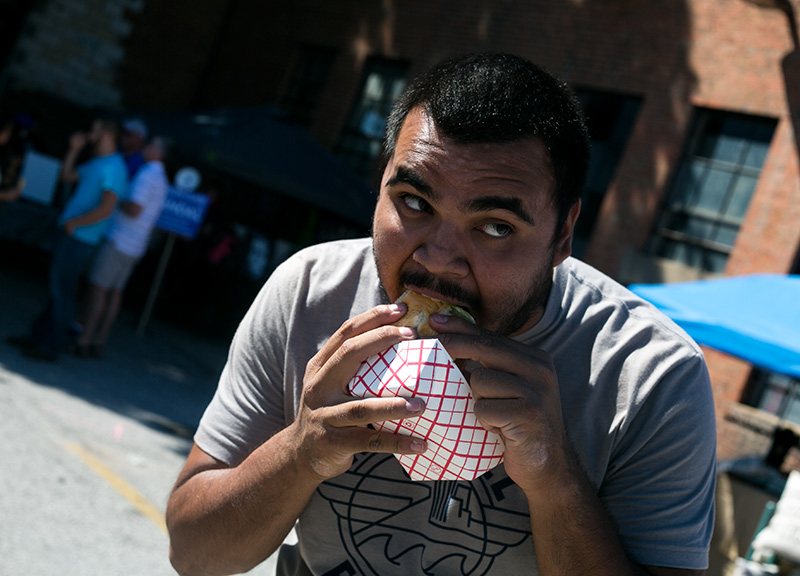 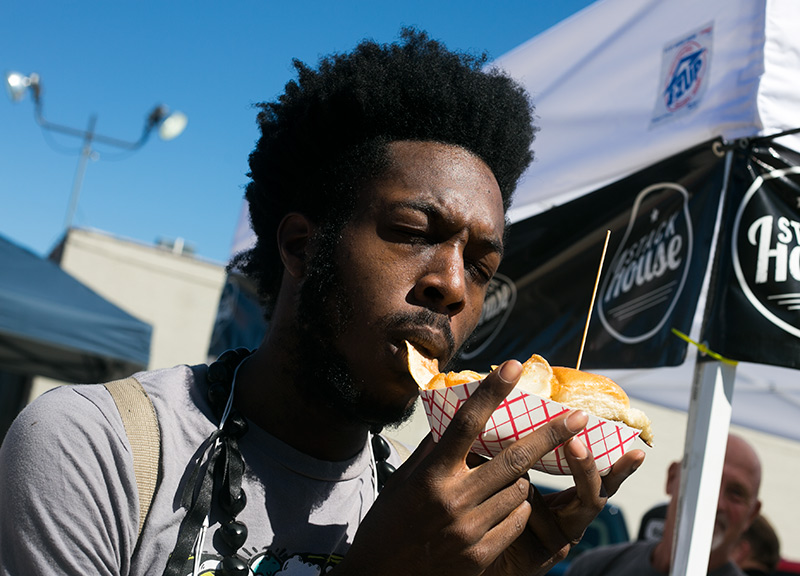 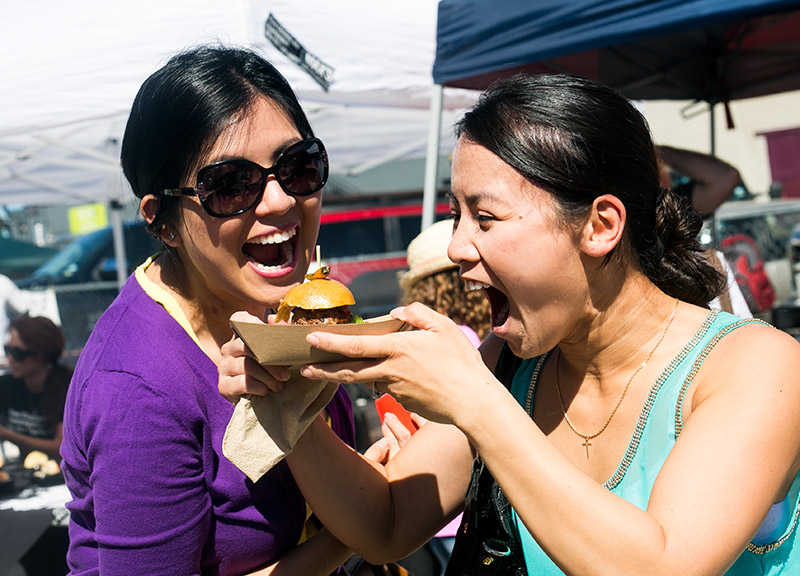 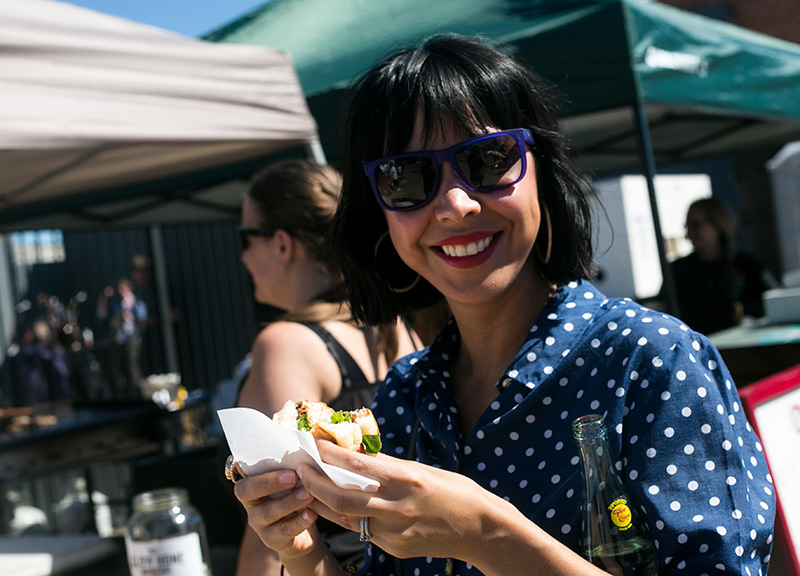 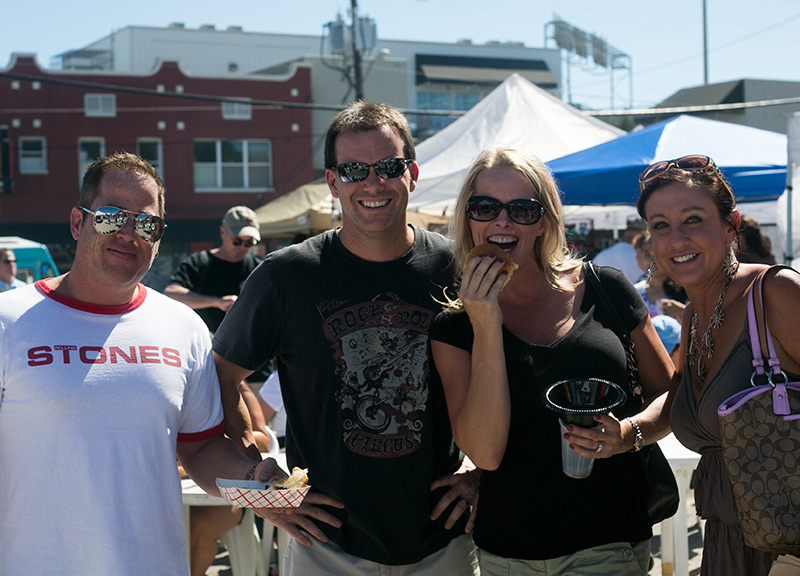 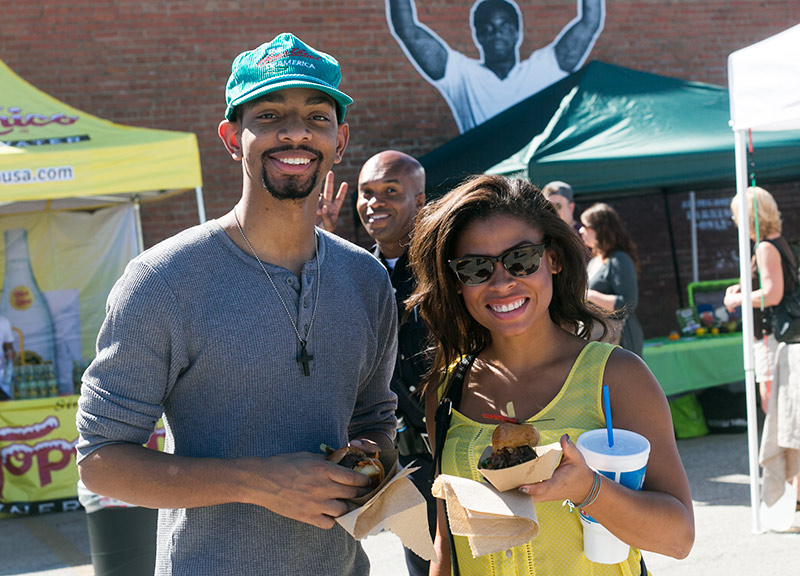 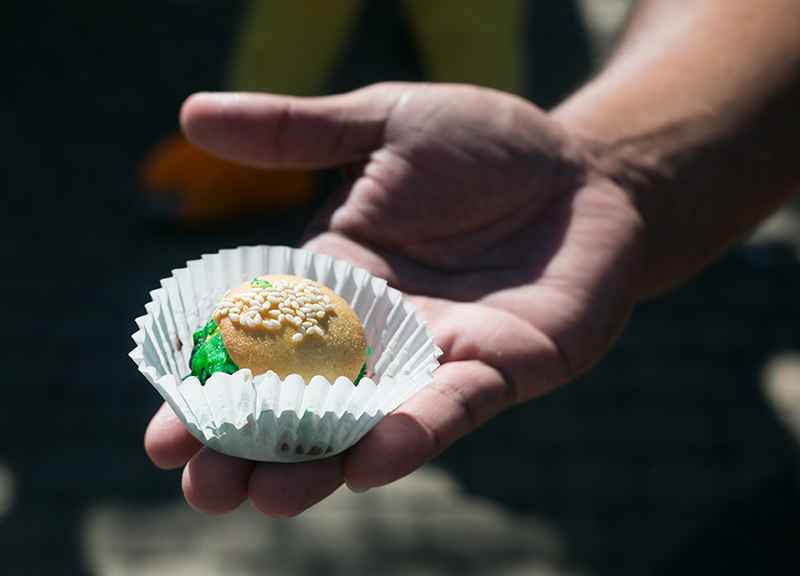 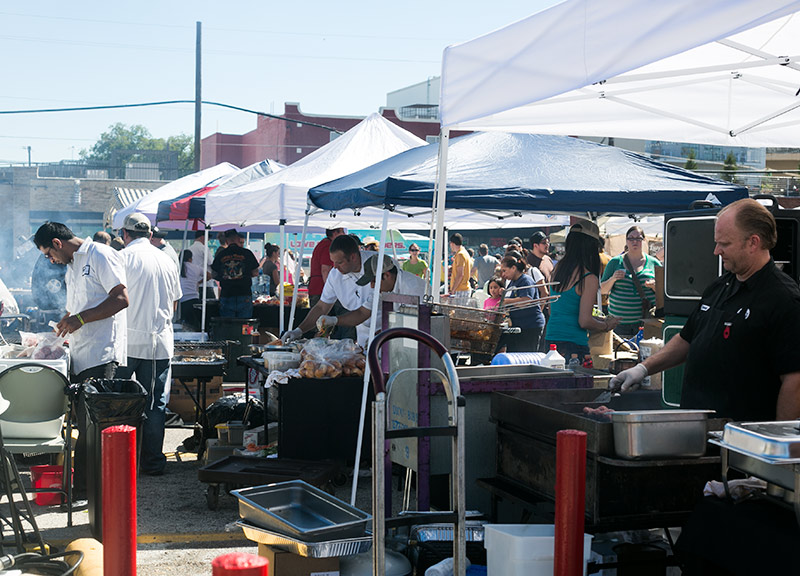