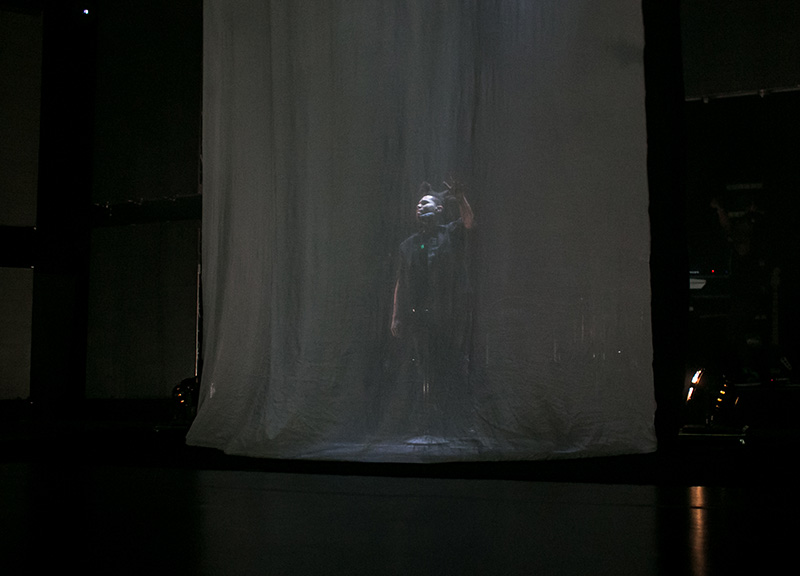 Scenes From Last Night's The Weeknd Show at Verizon Theatre.

Abel Tesfaye began his show last night at Verizon Theatre the same way he began his career as The Weeknd — hidden from his adoring public, behind a transparent cover that only thinly veiled his powerful presence.

He stood center stage behind a white curtain hiding his face, just as he seemed to prefer in the early goings of this project. Back then, he was rarely seen and rarely heard from, his name even unknown for an amount of time.

It was how the public grew to know him — as a young, brokenhearted outcast with a falsetto able to affect any and all — after the release of House of Balloons, Thursday and Echoes of Silence, his impressive trio of introductory mixtapes from 2011. When Tesfaye toured in support of those releases the following year, he admitted at least part of the motive behind his secrecy: Until that tour, he claims to have never before left his home of Toronto.

Since that time, however, his life has changed and the just-released Kiss Land, which is described as Tesfaye's debut album, chronicles (if far too often) his experiences with success, money, women and the hazy nights that will go unremembered in the wake of his early successes. So it was fitting, then, that Tesfaye opened his show last night with “Adaptation,” in which he struggles with the choice he's made to pursue this life in exchange for what could be steadiness and happiness with a woman he thinks he loves.

But, once that song ended and the curtain dropped, Tesfaye opened up to his audience and welcomed the public as he's only done just recently in the public eye by performing on live television, promising to meet fans after shows and interacting on social media. The melodramatic, hypersexual deviant he portrays throughout Kiss Land, who laments about the last time he's seen the new home he purchased with his new money, feels like a character he's created in his head when you see him perform live.

Instead, Tesfaye now mostly seems like a well-adjusted pop star putting in his strongest effort to entertain his mass of fans, which on this night packed the 5,000-person capacity venue in Grand Prairie. Tesfaye was a far cry from the introverted 22-year-old who played the sold-out-in-a-day House of Blues last year. Back then, he barely spoke on stage, only offering thank yous and nervous dancing. Now, he's a spectacle. He's no longer accompanied by a full band on stage — well, not really. The band's tucked away in a corner. Tesfaye owns the stage all on his own.

If ever the change in Tesfaye's on-stage comfort was evident last night, it came during his performance of “Pretty.” During that song, Tesfaye put himself on display, staring into the numerous GoPro-type cameras scattered about on stage, which displayed close-ups of his face as he sang to himself.

His stage also maintained his adoration for Japanese culture, but transformed from red light district backdrops to arcade themes to full-on faux advertisements in Japanese throughout the night.

As fans walked into the venue, signs posted on the doors warned of adult material during the show, too. Those warnings still left the audience unprepared for the explicit content Tesfaye displayed during his performance of his new album's title track and lead single, during which his backdrop screens displayed a sex act taking place in a hotel room between two enthusiastic women. During the song, even Tesfaye stopped and gawked at the raunchy display spread out across the 10 screens that spanned his stage.

Tesfaye, for his part, seemed content with this new package.

Judging from the audible reactions to all of the songs on the set list — which featured a heavy dose from Kiss Land and House of Balloons and a some from Thursday but interestingly enough not a single track from his third mixtape, Echoes of Silence — his crowd was surely pleased, too. 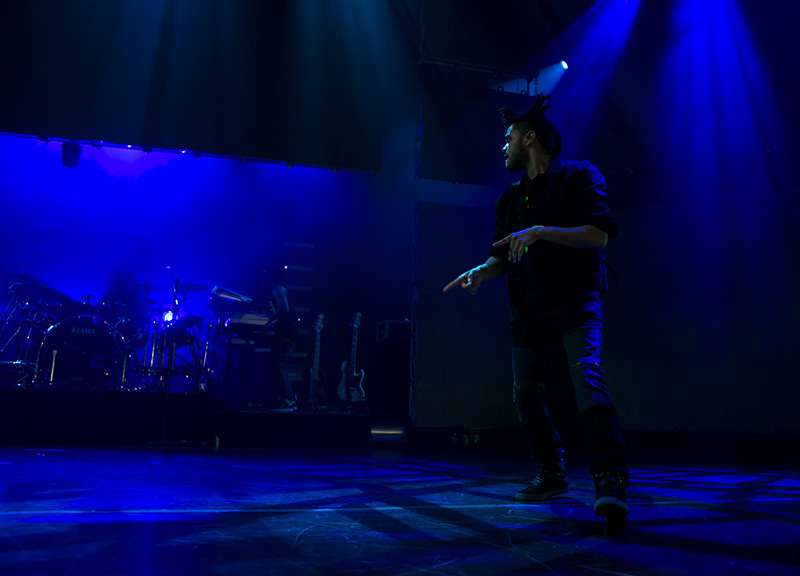 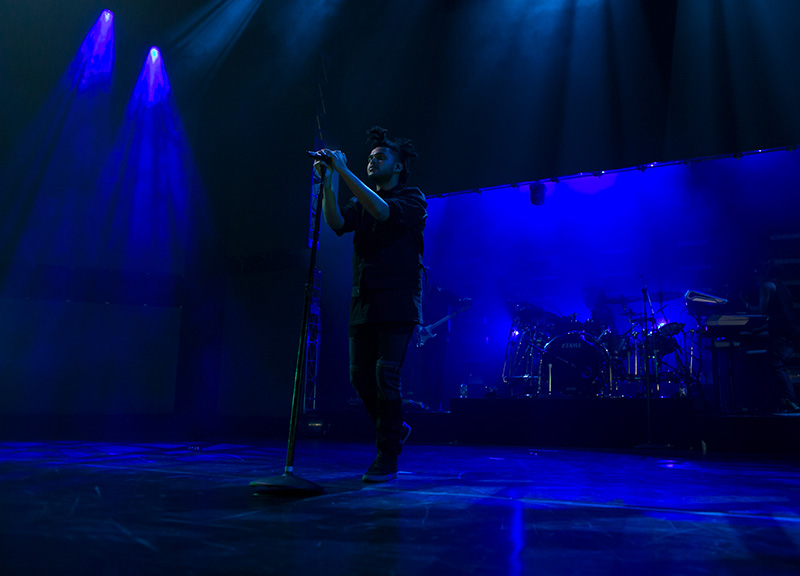 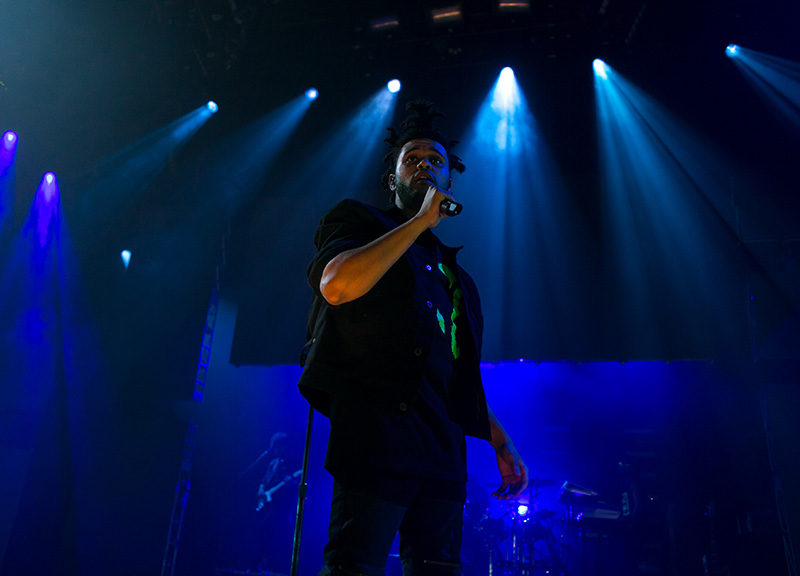 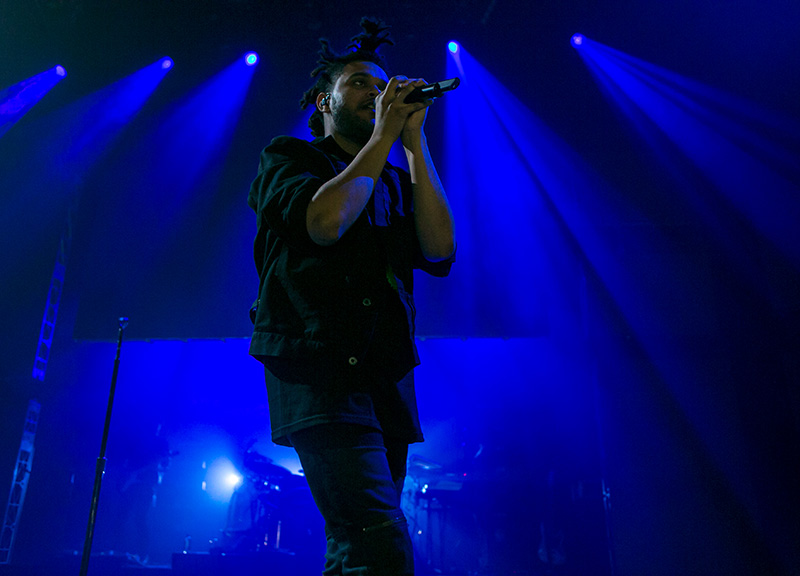 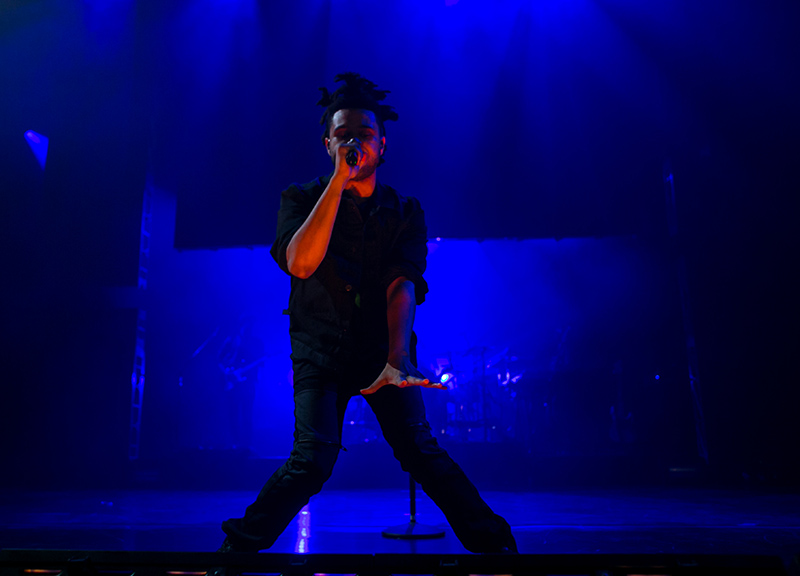 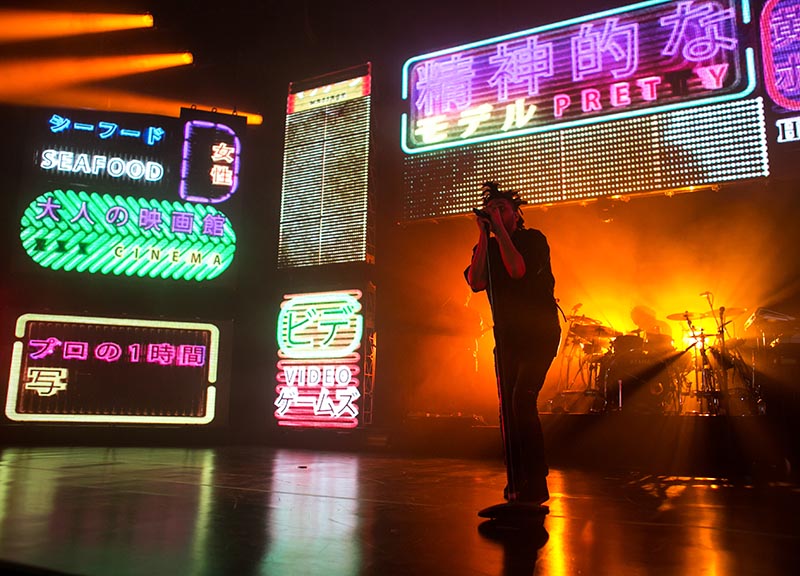 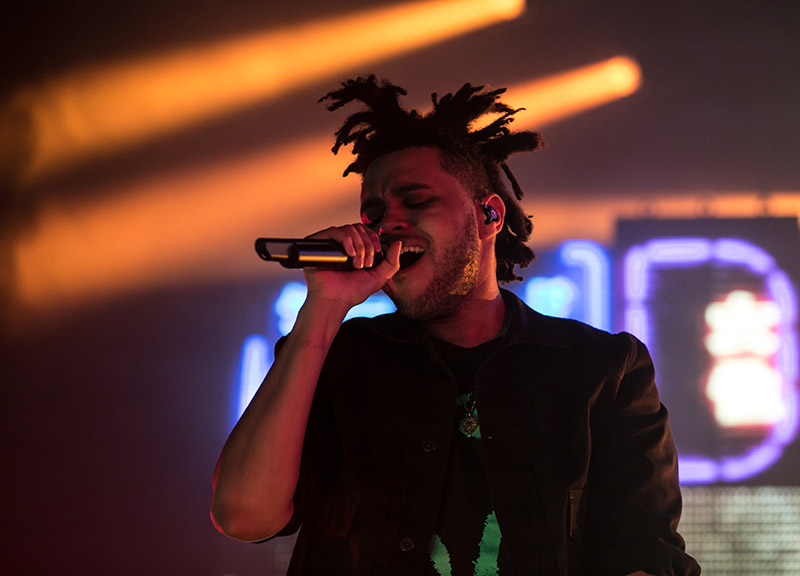 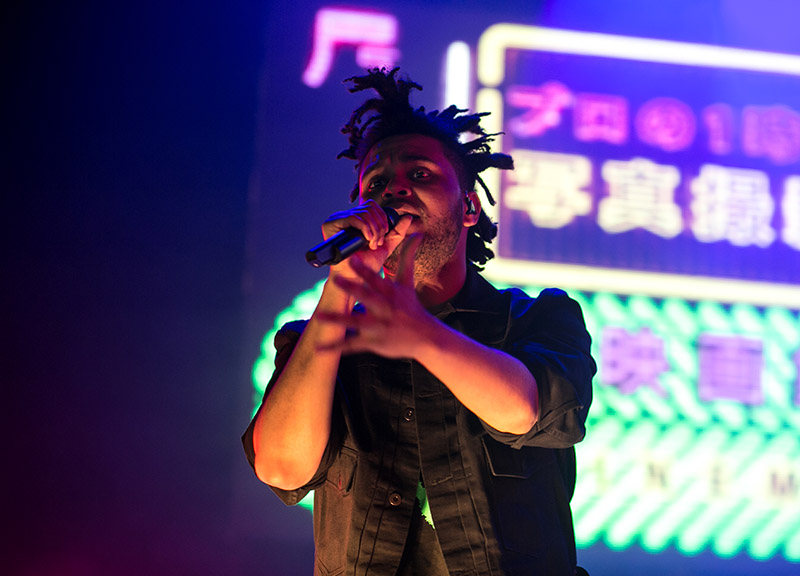 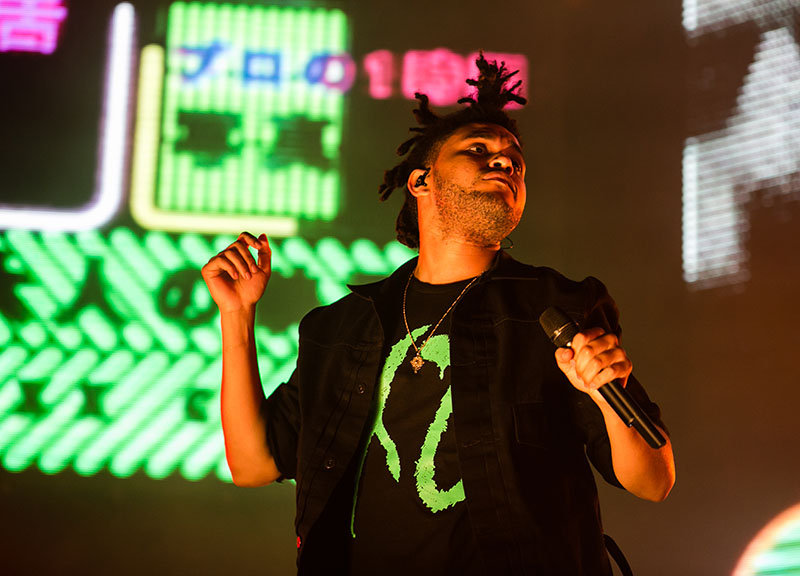 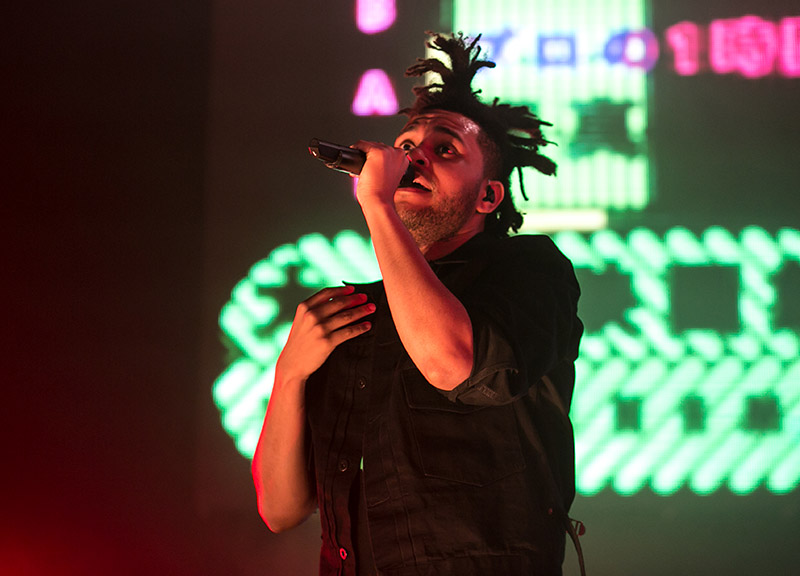 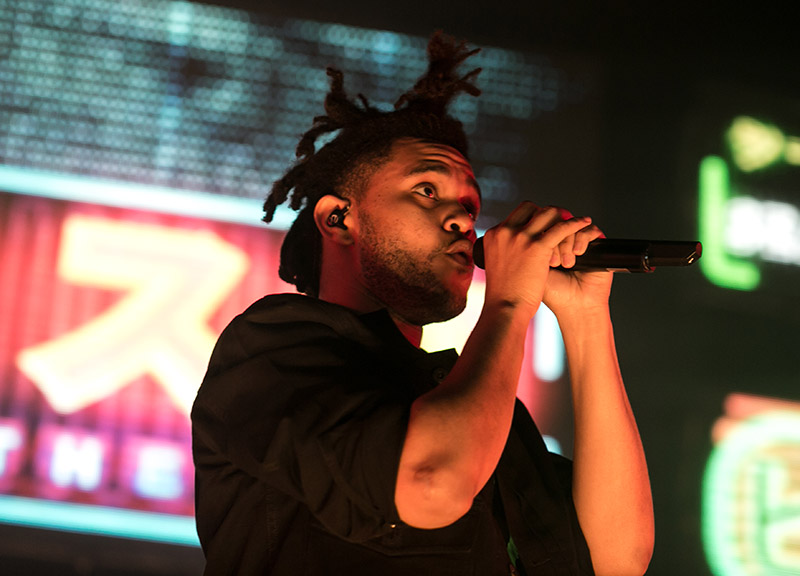 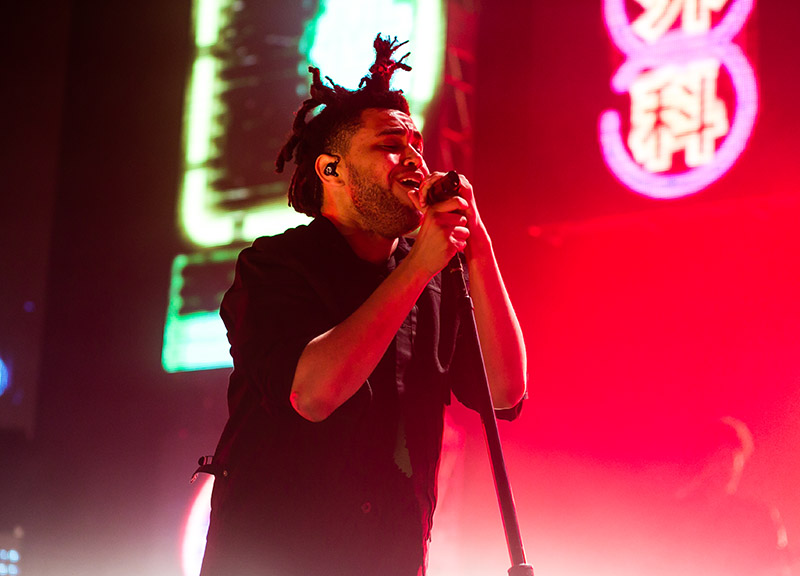 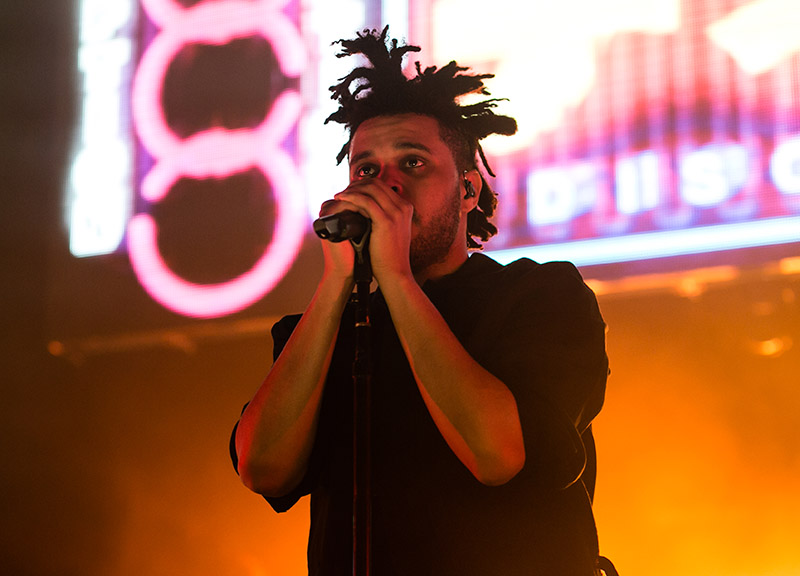 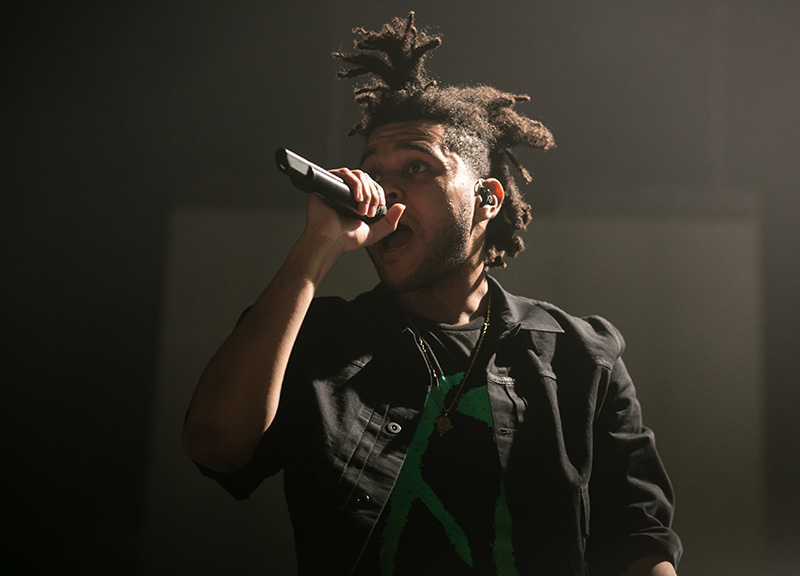 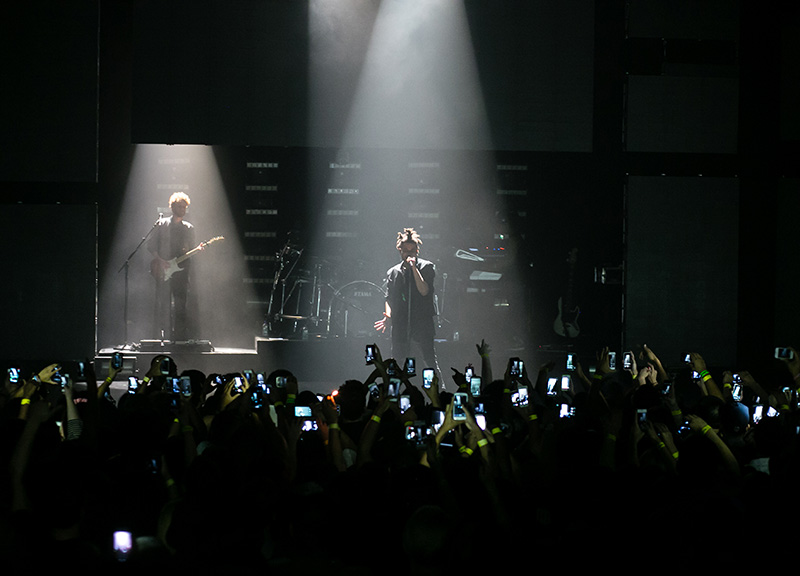 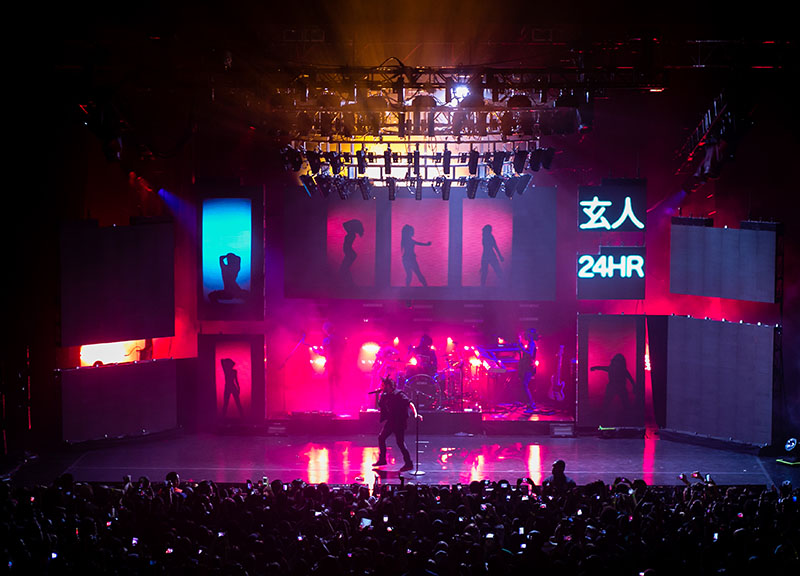 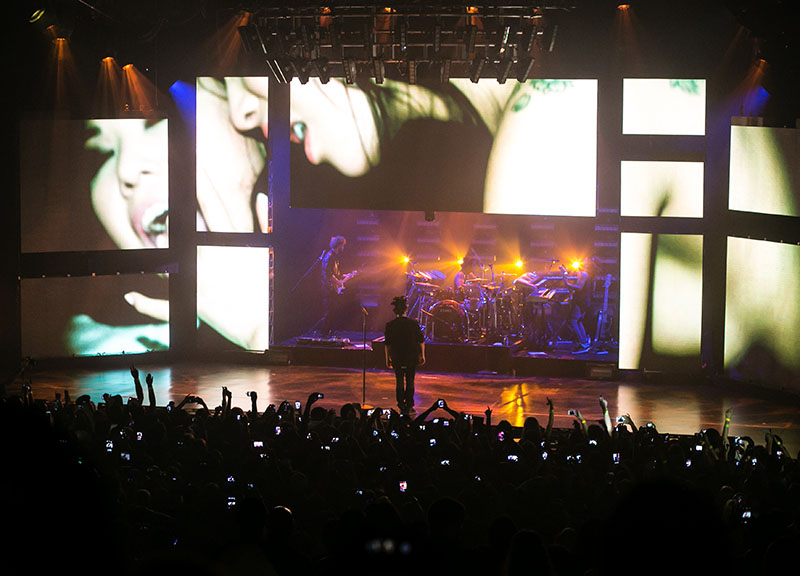 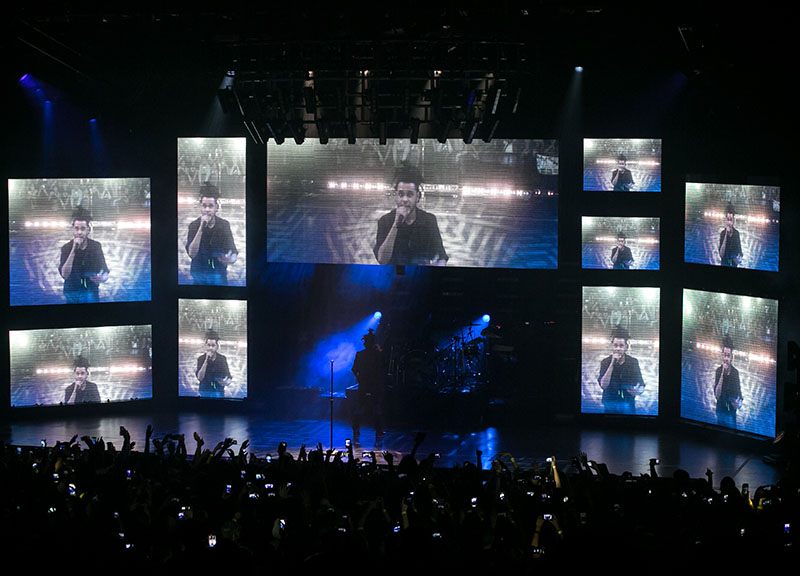