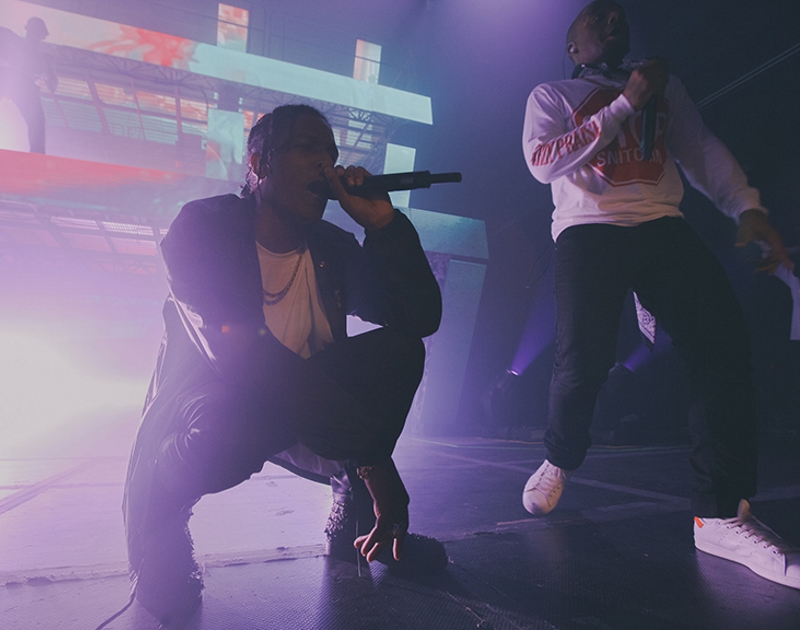 As Benjamin Franklin once said, “In this world nothing can be said to be certain, except death, taxes, and people on social media making unfounded complaints about the state of the local music scene.”

People can complain to their heart’s content, but Dallas is a major media market, so we seldom encounter any deficiency of quality entertainment.

This week’s concert announcements are certainly no exception.

FEAR
Friday, December 14 at The Curtain Club
On sale Friday, November 2 at 10 a.m.
Legendary hardcore punk outfit Fear reunited earlier this year after a brief hiatus and have enlisted Geoff Kresge (ex-AFI) as bassist (a position previously filled by Flea before he joined the Red Hot Chili Peppers). They return to Dallas at Curtain Club before the close of the year. If vocalist Lee Ving’s famously right wing political views are no impediment for you, and you enjoy being in the presence of punk legends, this show is worthy of your attention.

Temporex
Thursday, December 20 at Dada
On sale Friday, November 2 at 10 a.m.
The traditional gatekeepers of the music industry have no idea about Joseph Flores’s project Temporex, but the song “Nice Boys” alone has over 7 million streams on Spotify and counting. The 19-year-old songwriter has been praised by none other than Tyler, the Creator himself, and is involved in the same dream-pop/surf rock circuit as Bane’s World, Homeshake and Boy Pablo. Temporex is in a thriving musical subculture few people outside of niche internet circles have any idea about, so come to this show if you want to take a gander into the future of indie music.

gnash
Saturday, January 12 at Trees
On sale Thursday, November 1 at 10 a.m.
Los Angeles-based singer, songwriter, producer, DJ and rapper Garrett Charles Nash (known professionally as gnash) made a name for himself in the Soundcloud scene. His piano ballad “I Hate U, I Love U” peaked at No. 10 on the Billboard Hot 100, and was nominated for a Radio Disney Music Award in the category of “Best Breakup Song.” Great news for DFW’s Generation Z crowd, bad news for the Trees bar staff.

Pat Green
Saturday, January 12 at Billy Bob’s
On sale Friday, November 2 at 10 a.m.
In a perfect world, Texas country legend Pat Green would need no introduction — but since the world is awful, Green got the attention of Willie Nelson at an early age and sold 250,000 albums without major label support. His 2003 single “Wave on Wave” launched him to stardom, but in 2011, Green decided to leave that behind and return to independent status. He is playing country music staple Billy Bob’s for the umpteenth time in January to kick off 2019 on a high note.

Thursday
Friday, January 25 & Saturday, January 26 at Trees
On sale Friday, November 2 at 10 a.m.
New Jersey-based post-hardcore behemoths Thursday are nearing their impressive two decade milestone as a band, and to celebrate, they will embark on a special tour in which they perform two-night stands in select cities, one of which is Dallas. On night one, they will be playing the entirety of their 2001 full-length Full Collapse, and on night two, the entirety of their 2003 album War All the Time. We’re lucky enough to have the band rekindle their golden years in an intimate setting – and on a Friday and Saturday!

A$AP Rocky
Sunday, January 27 at The Theatre at Grand Prairie
On sale Friday, November 2 at 12 p.m.
A$AP Mob member and Harlem-based rapper A$AP Rocky joined Kendrick Lamar as an opening act for Drake’s Club Paradise Tour in 2012. All three packaged artists would collaborate with 2 Chainz on the 2012 hit “Fuckin’ Problems,” which served as a promotional single for A$AP Rocky’s 2013 debut album Long. Live. A$AP. His 2018 studio album Testing was more experimental compared to his previous work, but still enjoyed modest commercial success as well as generally positive critical acclaim. He and Tyler, the Creator also teased a collaborative project called WANG$NAP, which we might be hearing more about in 2019. Fingers crossed.

KISS
Wednesday, February 20 at American Airlines Center
On sale now
One of rock music’s most influential bands, fronted by one of rock music’s most insufferable personalities, returns to Dallas in February, this time at a larger venue – in September 2017, KISS played one of the first performances at the Pavilion at Toyota Music Factory in Irving, and now they are playing the
American Airlines Center. KISS will bring their signature stage persona, pyrotechnics, face paint, and memorabilia to Dallas one last time as part of what the band claims is their farewell tour (and we all know they’ve never cried wolf over that. Ever.)

Noname
Tuesday, February 26 at Canton Hall
On sale Friday, November 2 at 10 a.m.
American rapper, soul artist and poet Noname achieved recognition following her feature on Chance the Rapper’s track “Lost.” In 2016, she released her debut mixtape Telefone to critical acclaim, just three months after ditching her original stage name “Noname Gypsy” (a name she chose at a younger age without being aware of its perceived insensitivity to Romani people). 2018 would be an eventful year for the Chicago rapper, as she released her acclaimed sophomore full-length Room 25, played major festivals such as Coachella and Austin City Limits, and performed her television debut on The Late Show with Stephen Colbert. Those who missed Noname’s sold-out Dallas debut at Trees in November 2017 have another chance to see her at sister venue Canton Hall in February.

Postmodern Jukebox
Tuesday, April 23 at The Theatre at Grand Prairie
On sale Friday, November 2 at 10 a.m.
Pianist Scott Bradlee’s rotating music collective Postmodern Jukebox has amassed 1 billion YouTube views over the years by playing contemporary, mainstream hits in jazz/swing/ragtime arrangements. I know what you’re thinking – “Didn’t Richard Cheese do something similar?” Yes, but he did it before YouTube, and unlike Postmodern Jukebox, he didn’t take himself seriously in the process.

Fortress Festival
Saturday, April 27 – Sunday, April 28 at Will Rogers Memorial Center
On sale now
Following two successful years of programming that has featured marquee names such as Father John Misty, Run the Jewels, Chromeo and Purity Ring, Fort Worth’s third installment of Fortress Festival made an impressive lineup announcement that boasts hometown hero Leon Bridges, as well as 2017 NPR Tiny Desk Contest winners Tank and the Bangas. More lineup additions will be announced leading up to the event, as if this lineup didn’t already exceed our expectations.