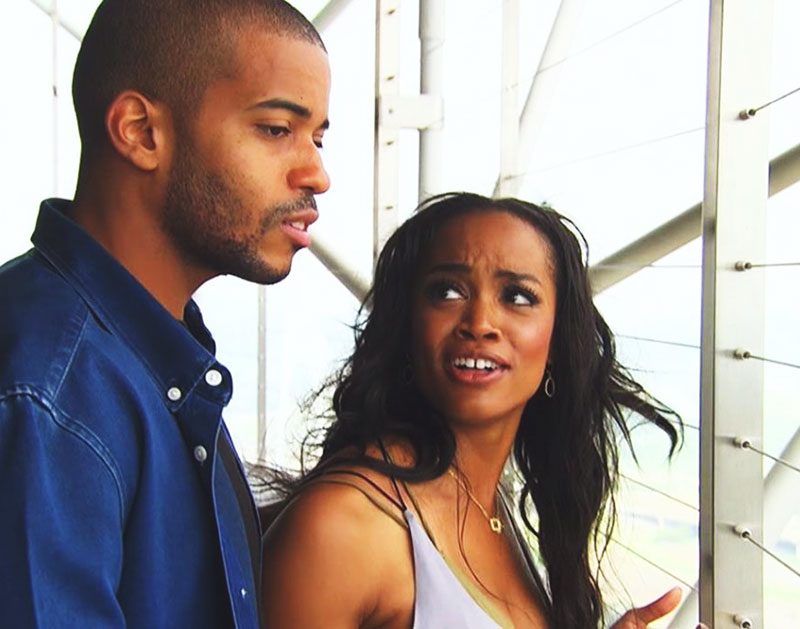 This Week On The Bachelorette, Rachel Brought Her Final Three Beaus Back Home To Dallas, Where They Didn’t Meet Her Father.

Y’all, I’m not going to lie. Overnights are generally the most boring episodes during The Bachelor and The Bachelorette.

The contestants are all secluded, they each get a day date with the lead, and then they possibly spend the night with their love interest in the fantasy suite. And yes, more often than not, the contestant takes the fantasy suite option. It’s not even just about sex! C’mon. Some time spend alone without cameras or producers, where you can actually talk to each other? Yes, please.

But this week, the show throws in a bit of the twist. Seems Rachel’s sister is eight months pregnant, meaning she can’t fly out to meet the final two contestants in Spain. And so, instead, each bachelor gets to see parts of Dallas and then go home and meet Rachel’s family. Well, except for Rachel’s father, because he’s a federal judge, and y’know, privacy.

It’s something a bit different — and it works! Well, for me, anyway.

Eric and Peter both have great times meeting Rachel’s family. The family’s a little wary of Eric because of his lack of relationship experience and his whole never-being-in-love-before thing. Meanwhile, Peter isn’t sure if he’ll be ready to propose at the end of this, and Rachel clearly wants a proposal, so this is quickly becoming a source of tension between them. On the other hand, Peter is the most rational person on this show: Most people aren’t ready to propose after nine weeks of knowing someone! He wants to date after the show, he still cares for Rachel and he sees himself falling in love with her. That’s pretty good, even if Rachel wants a husband.

Either way, all is going well in Rachel Land. And then Bryan has his meet-the-family date.

This one does not go as well as the others! Rachel’s sister sees right through his charm and Miami suaveness and calls his butt out on it. It’s pretty glorious watching him sit through the Lindsay family’s many awkward questions for him. Still, Rachel wants that proposal, and we’re pretty positive that Bryan, whom we pegged as our leader a few weeks back, will drop to one knee if he’s the last one standing.

Confrontations: 1. Rachel isn’t too happy with her family giving Bryan the third degree, and she gets defensive. Some might think it’s because she cares so much about Bryan, and I agree! But her family isn’t blinded by the magic of The Bachelorette, and they’re seeing this with fresh eyes. They make valid points about Bryan when she confronts them about their actions. But, well, we’ll see if she listens…

So, as we’ve gotten used to this year, this episode doesn’t end with a rose ceremony. Instead, the show stops in the middle of the Rachel and Peter’s overnight date, with Rachel seemingly unsure about their future. Peter believes an engagement means you’re ready to marry that person, which is a very logical definition with which most people would agree. Rachel believes an engagement is a place where you can cultivate the relationship before marriage, which makes some sense, I guess. Either way, girl really wants to be engaged! Poor Peter is just trying to keep a level head in this show. It’s clear they do not agree on this.

Next week is the “Men Tell All” episode, and I can’t wait! Frankly, The Numbers have been a little bland these past couple of weeks. But with everyone from Villainous Lee to The “Waboom!” Guy coming back, we’re sure to get more drama and yelling in next week’s serving. Thank goodness!