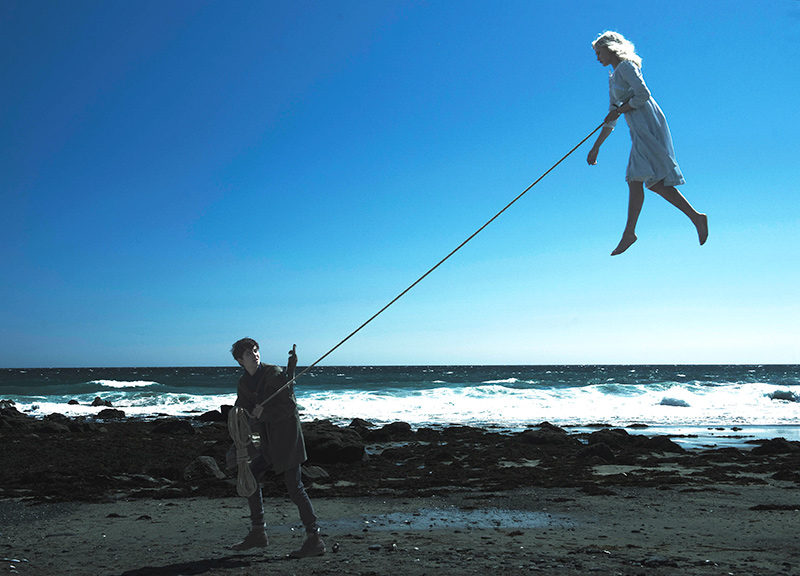 Tim Burton’s Miss Peregrine Is Best When It Focuses On Family.

Though he’s seemed to be phoning it in for a while, Tim Burton was once America’s premier teller of stories about weirdos and outcasts. From 1985-1994, he had an unbroken run of great, odd, studio-funded movies, the likes of which we’ll never see again.

Ever since, it’s been a rollercoaster. For every deeply felt passion project (Big Fish), there’s a soulless corporate product to match (Alice in Wonderland). So it’s nice to see a Tim Burton movie find a sort of balance between the two with Miss Peregrine’s Home for Peculiar Children.

Make no mistake: This is Fox’s attempt to launch another franchise, and one they need to succeed since The Maze Runner is almost over and the X-Men series has yielded diminishing returns. In fact, you could even call this Goth X-Men. Like that seminal comic book and film series, this is another story about kids with special powers who are kept safe from a world that doesn’t understand them.

But let’s back up. Asa Butterfield, as blank as ever, plays Jake, a nerdy kid who’s extremely attached to his grandfather Abe (Terence Stamp). Abe showed Jake the love and attention his father (Chris O’Dowd) never expressed. When Abe is murdered, Jake and his dad travel to Wales to find the children’s home Abe frequently mentioned visiting during World War II.

Jake finds the home has been turned to rubble, but discovers a portal in a nearby cave. In this world, the home is still standing and the kids — all with special abilities — are still alive, even though they’re hunted by terrifying creatures led by a scenery-devouring Samuel L. Jackson.

Miss Peregrine is at its best in the first half, when it focuses on the characters and their makeshift family. It takes its time with the world-building, too. It has complex rules and infinite possibilities. That’s a rarity in blockbusters these days, but it also means the ending feels a bit rushed.

The big finale — set at a carnival in Blackpool, England — descends into a bunch of CGI nonsense, but the stakes it set for itself still feel real. Part of that is because it’s not the entire world that might end, just the characters’ world. It would have been even better had it not chickened out on a few of its more emotional moments.

Miss Peregrine does retain some Burtonian touches, including an older kid messing around with reanimated corpses and an obsession with plucked eyeballs. In fact, the material really is perfectly suited for him. But the conflict between a pure distillation of Burton’s eccentricities and starting a franchise means the voice that made all those special movies nearly 30 years ago is a little bit lost.

Still, for all the weirdos and outcasts out there, they’ll still find a home at Miss Peregrine’s.