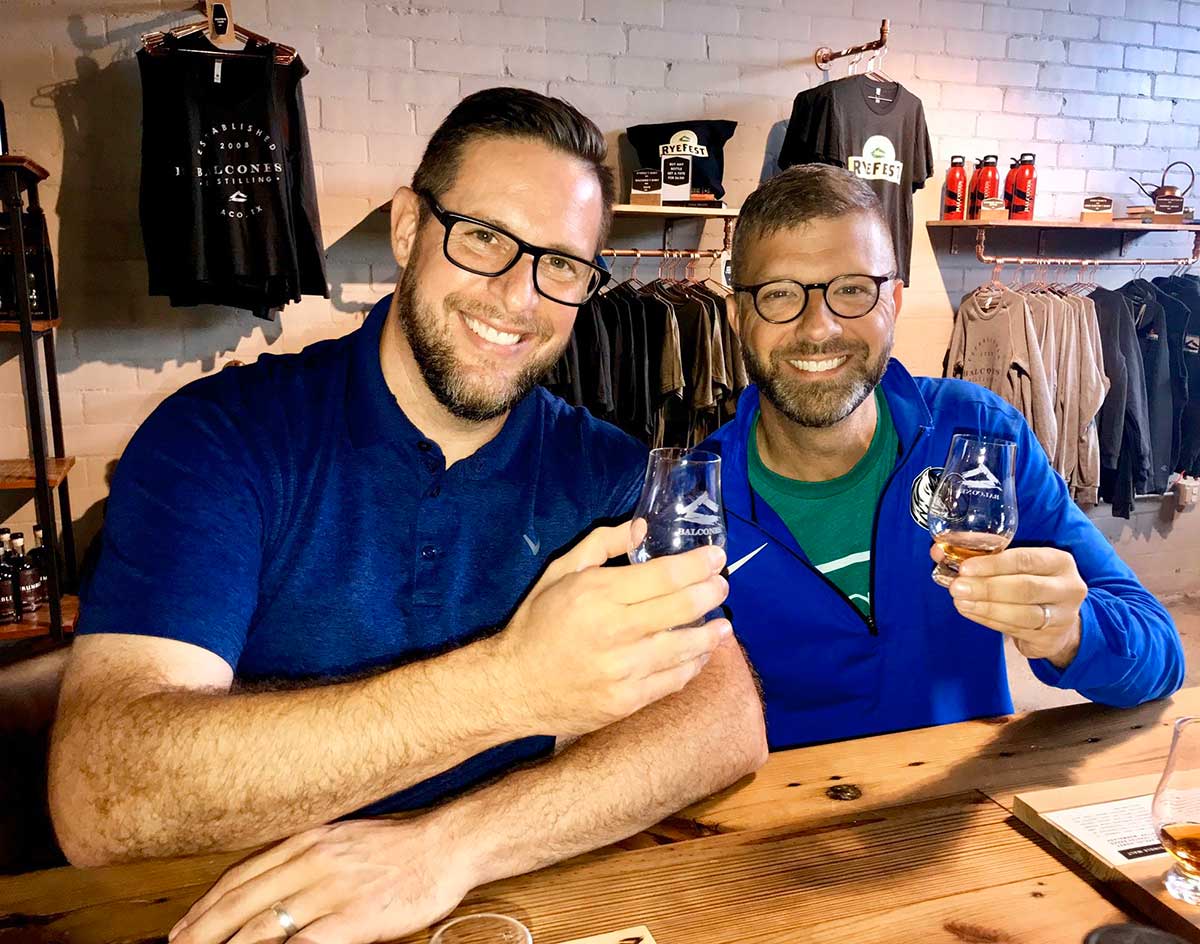 It’s been a wild couple of months of shake-ups in the Dallas sports talk radio landscape — and not just because Texas Radio Hall of Famer Mike Rhyner dropped a bomb at the top of the year by announcing he was suddenly stepping down from his post at 1310-AM/96/7-FM The Ticket.

A few months earlier, two other favorites on the local sports-lover’s dial, Ben Rogers and Skin Wade, announced their own abrupt decision to step away from their midday post at 105.3.FM The Fan.

In the wake of that reveal — and bolstered by the childhood friends and brewery co-owners‘ promises that they’d eventually be returning to the North Texas airwaves — fans of the twosome have been speculating on where they’d end up.

Today, we have an answer.

Reached by phone, Wade says Martin — with whom he worked briefly during the four-month span in which “The Ben & Skin Show” existed on the open-format talk station Live 105.3-FM before its format switch to the sports-focused The Fan forced Martin over to The Eagle — is on-board with the decision. Mere moments ago, actually, “The Ben & Skin Show” was formally announced as joining The Eagle during “The Russ Martin Show.”

Wade, who also works as part of the Dallas Mavericks broadcast on Fox Sports Southwest, says the new station will provide the duo with the freedom to “no longer do sports talk simply for the sake of doing sports talk.” Still, sports talk is something the pair has plenty of experience with, as Wade and Rogers are the only on-air personalities to have worked at all three sports talk stations in Dallas-Fort Worth. (After getting their start at The Ticket, the duo briefly worked at 103.3-FM ESPN Radio before moving to Live 105.3, which then transitioned into The Fan.)

Joining Wade and Rogers on this new, more open-format version of “The Ben & Skin Show” will be Kevin “KT” Turner and Krystina Ray Byford. Turner, who worked on “The Ben & Skin Show” at The Fan after breaking into radio at The Ticket, will serve as the new show’s “newsman.” Byford, who got her radio start on the nationally syndicated “Lex & Terry Show” before handling traffic and production assistant duties at The Ticket and other area Cumulus stations, will serve as the new show’s producer.

Together, Wade says the team will discuss some sports, but mostly “whatever we think is interesting, whatever makes us laugh or whatever we think the audience will find funny.” In his own words, he says that fans can expect a “fun as shit” show filled with “wild” bits — including, yes, the beloved song parodies that he and Rogers have become known for throughout the years.

Wade points to the podcast that he and Rogers have been hosting in lieu of a radio program these last few months — The Non-Compete — as a sort-of guide to what kinds of topics listeners can anticipate the new show on The Eagle covering.

“If you’ve been listening to our podcast since we left The Fan, that’s what our new show is going to sound like,” Wade says. “It’s going to be a lot like that — only I can’t say ‘fuck.'”