Abreast of The Market. 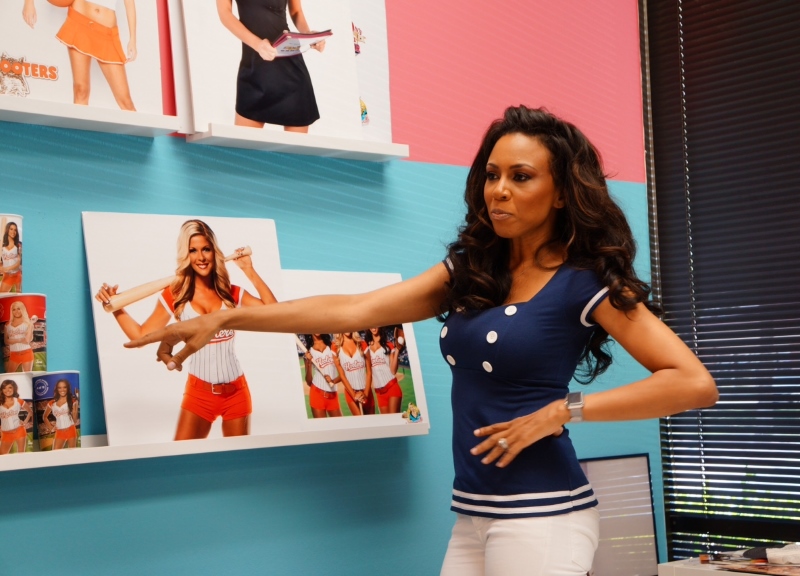 How A Former Dallas Cowboys Cheerleader Became The Queen Of The Breastaurant Uniform Industry.

Terra Saunders can say with some authority that the uniforms worn by the servers at most restaurants are lousy, and that the ones worn by the Dallas Cowboys cheerleaders are pretty great.

In her younger years, she was paid to wear them both.

These days, uniforms play an even bigger role in her life. Since the age of 24, Saunders has been designing uniforms for a living, having combined her life experiences as both a waitress and a late-'90s Dallas Cowboy cheerleader into the formation of perhaps the go-to company when it comes to providing uniforms to the breastaurant industry.

From concept to design to delivery, her Waitressville brand now stands as the one-stop uniform shop for such establishments as Twin Peaks, Tilted Kilt and even Hooters.

Her experience wearing some “boxy,” mandated outfits while waiting tables at similar spots in her younger years is what she relies upon for her perspective in designing these clothes: “[My uniform] didn't make me feel good about myself,” Saunders remembers. “A woman likes to look good and feel good when she makes money.”

Wearing the Dallas Cowboys Cheerleader get-up, on the other hand, showed her what it was like to wear a uniform that made her look like a million bucks. And, after retiring from the profession with a Super Bowl ring and 24 pages worth of stamps on her passport from USO tours, she reasoned that servers in restaurants deserved to look just as good as professional cheerleaders.

Hence the launch of Waitressville, a company that got its first break when Randy Dewitt contacted her for a meeting in 2005 as he prepared to launch Twin Peaks.

“I thought it was brilliant,” Saunders says of Dewitt's vision for Twin Peaks. “I sketched something out right there at the table — and that's the look you see today.”

Until her encounter with Dewitt, Saunders had been focusing on designing outfits for NBA and NFL cheerleaders. But that meeting wholly changed her perspective, showing her that breastaurants were a much larger market — and, better yet, a niche that no one else seemed to care about.

She also saw Twin Peaks as her opportunity to elevate the breastaurant industry: “Everyone thought these were places where tits were hanging out and it's sleazy — just one step away from a strip club,” she says.

Indeed, there's more to Waitressville's methods than just making sure there's as little fabric as possible on breastaurant servers.

“I'm not some guy who makes T-shirts for women,” Saunders explains. “I'm a woman designing for women.”

She's had plenty of success doing that, too. After Saunders started making uniforms for Twin Peaks, it quickly became among the top-growing franchises in the country. That led to work with Tilted Kilt and Hooters — as well as Saunders filing a patent on the term “breastaurant uniforms,” just in case anyone out there was hoping to compete with her business.

Now, Waitressville also provides uniforms for Bar Rescue, the popular reality show that's run for four seasons on Spike at this point, with a fifth one already approved.

Saunders credits Dallas fashion — and its attention to detail from head to toe — for influencing the aesthetics she puts to work in her Waitressville designs. There's value, she says, in such unified looks.

But mostly, she says, it's about common sense,. Uniforms help create a sense of teamwork and a sense of identity among brands.

All photos by Brent Kollock. 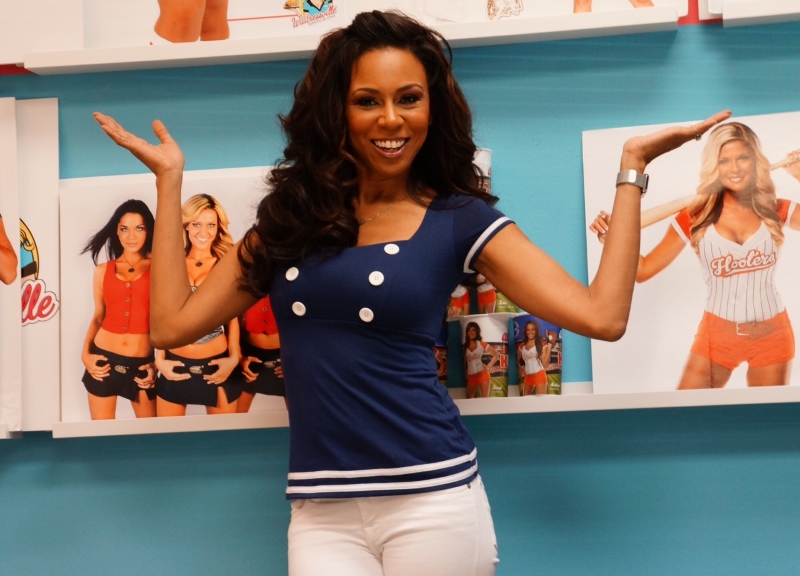 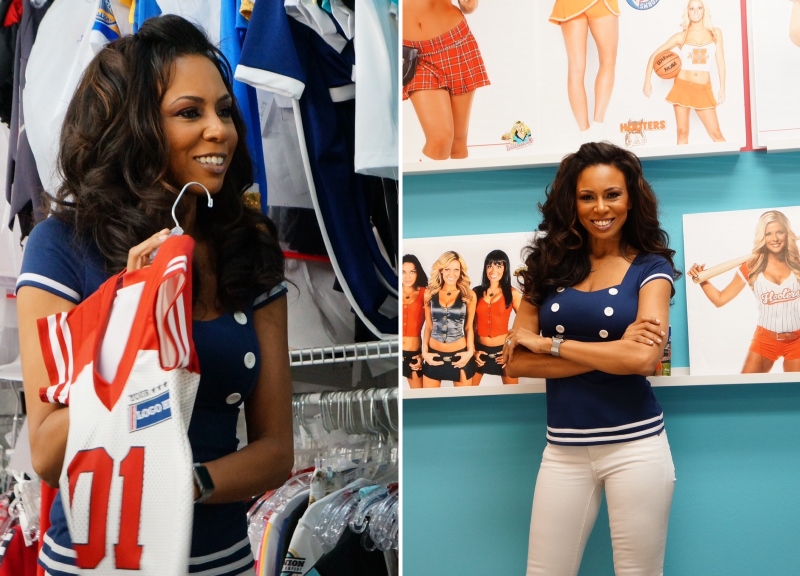 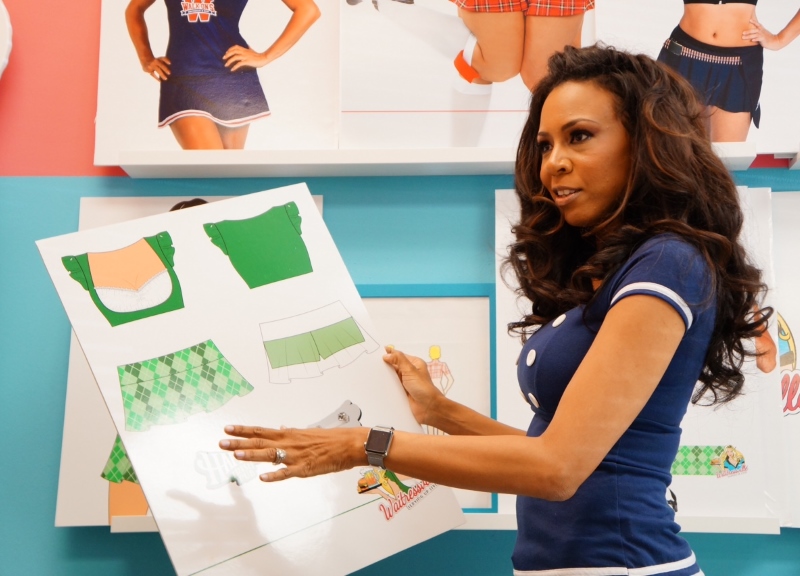 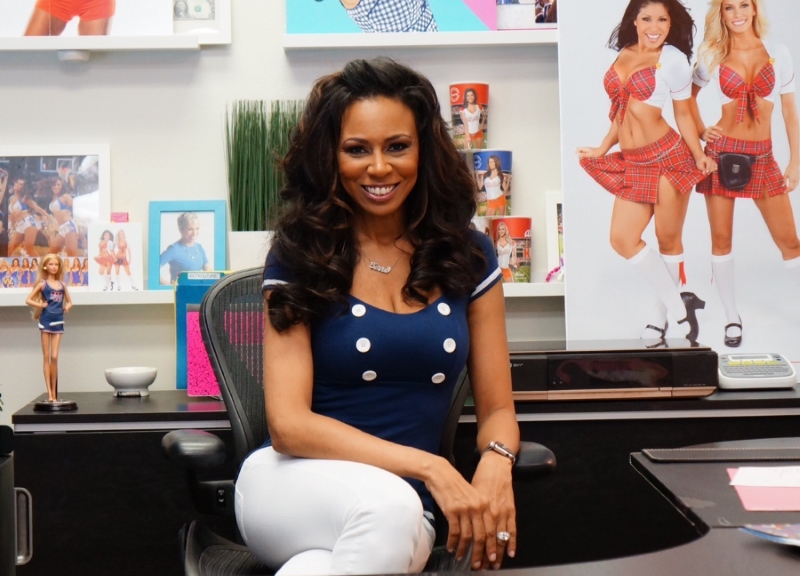