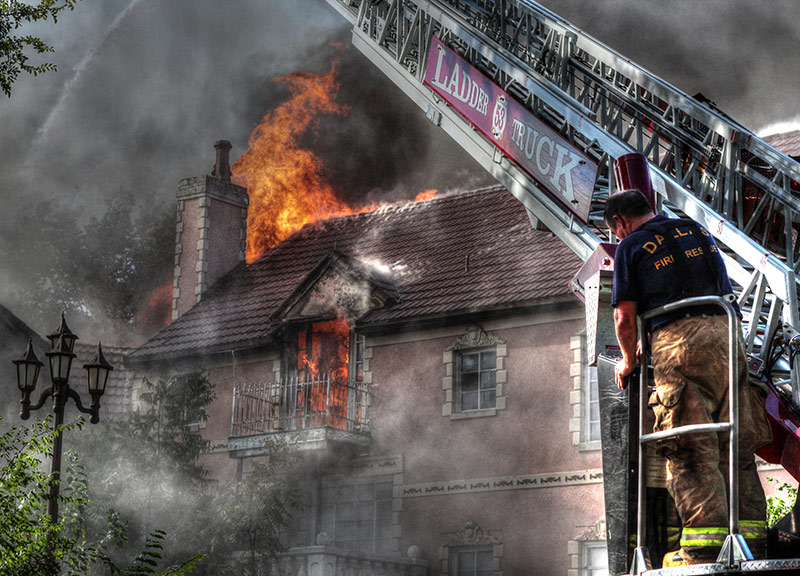 Photos Of This Afternoon's Fire at Grandwick, Former Dallas Home To The Church of Scientology.

For the past few hours, Dallas Fire Rescue has been battling a three-alarm fire at Grandwick Mansion, the former Dallas home to the Church of Scientology. And it seems the first responders are finally making some progress: After thick clouds of black smoke engulfed the house earlier this afternoon, things now appear to be calming on the scene.

More good news: Early indications are that no one has been hurt in the fire, as the house, located at the intersection of Dixie Lane and North Buckner Boulevard (9401 Dixie Lane, to be exact), has reportedly been undergoing renovations of late. The house is owned by Dave Anderson, owner of Zoo Much on Garland Road, who purchased the landmark residence in late 2011. Anderson also owns another notable Dallas home known as Belle Nora (8254 Garland Road), which overlooks White Rock Lake.

Tactics Productions owner and Three Links co-owner Kris Youmans had just left a late lunch with a friend when he passed the firetrucks responding to the Grandwick fire. After swinging by his own nearby home to grab his camera, Youmans returned to the scene and took some photos, which he's kindly passed along to us.

Check the fairly harrowing images out below. 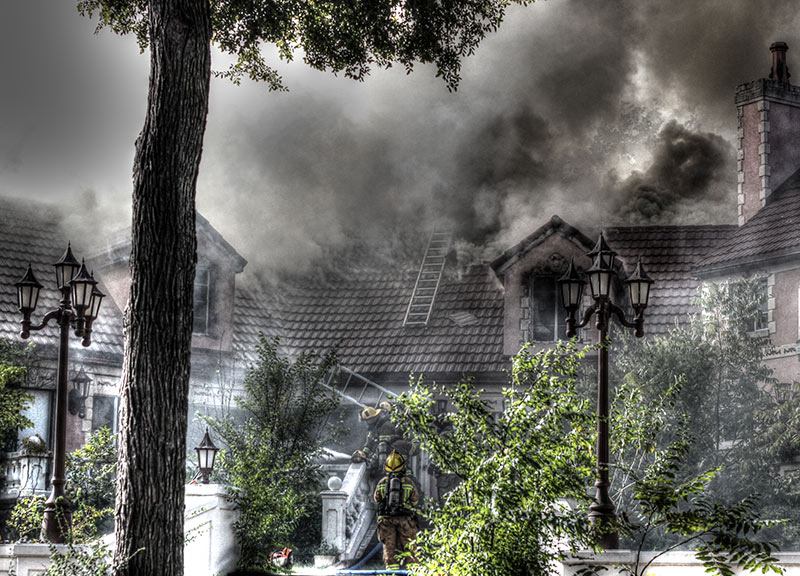 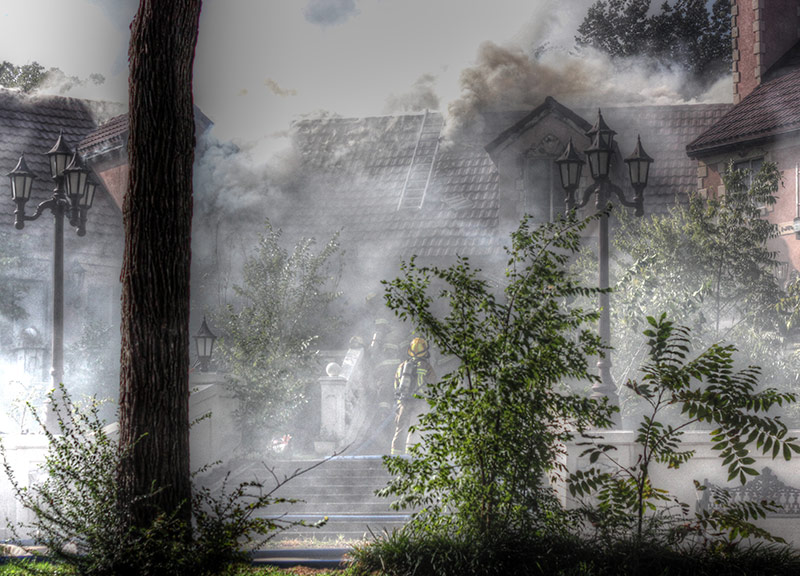 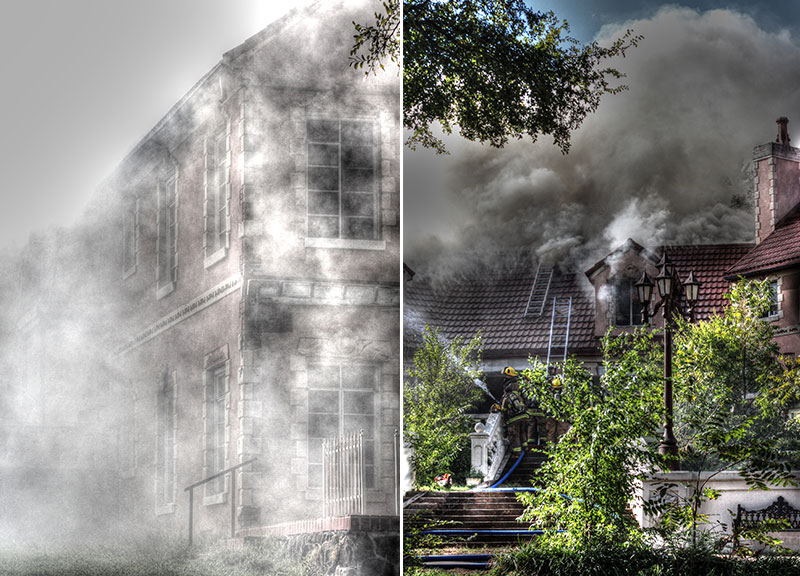 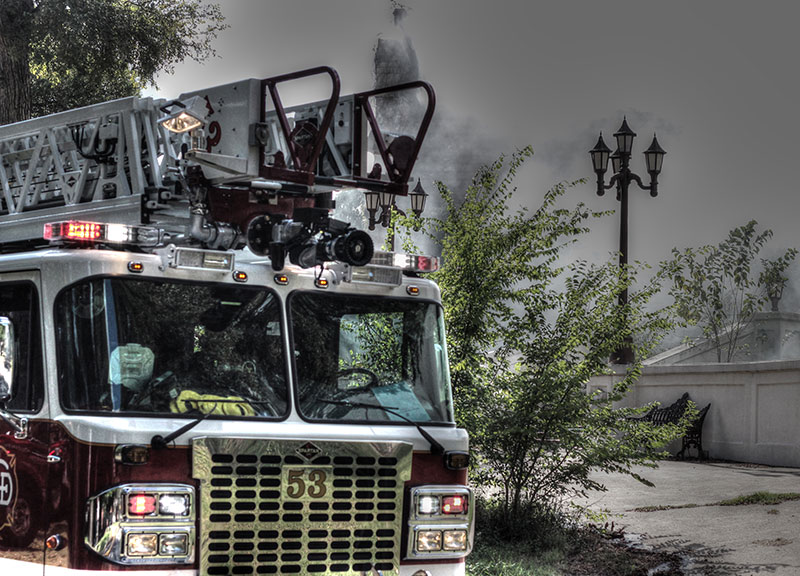 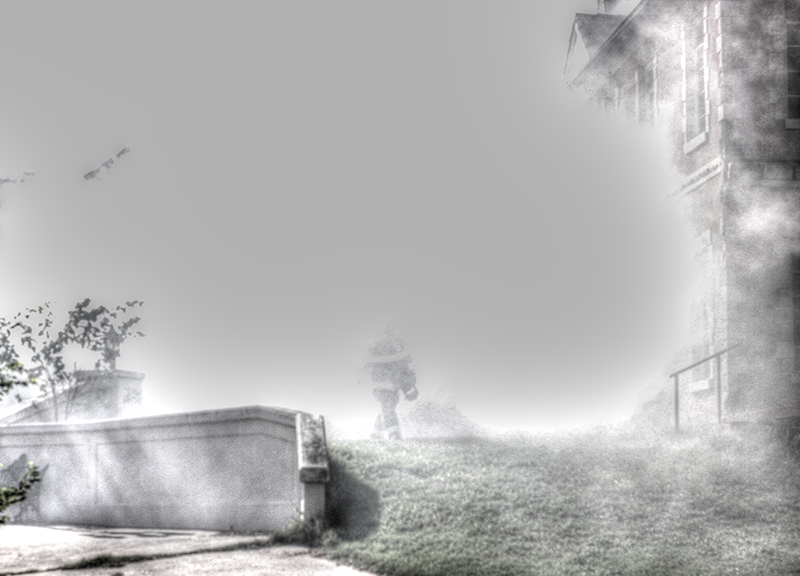