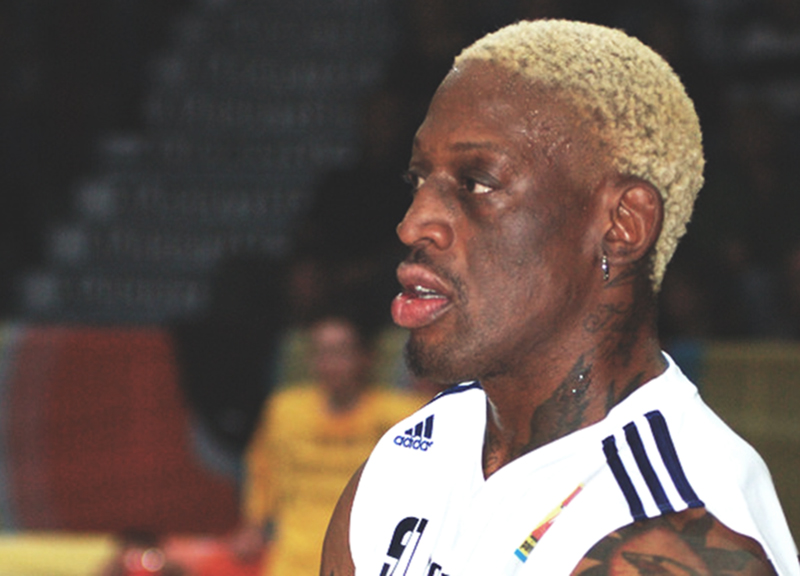 Dennis Rodman Says He Once Broke His Penis On A Party Boat In Dallas.

Since launching earlier this year, the Viceland TV station from the Vice team has been kicking all kinds of entertaining ass from the depths of cable television banality thanks to its enjoyable spate of shows, including the LGBTQIA travel show Gaycation, the broke-and-trying comedy reality show Flophouse and the impossibly great, exactly what it sounds like Traveling The Stars: Action Bronson & Friends Watch Ancient Aliens.

Not one to rest on their laurels, though, new and interesting shows are still coming down the station’s pike, the most recent of which is called Party Legends and features celebrities sharing their favorite tales of debauchery. This latest show came out swinging pretty hard with this yarn from TJ Miller about the time he kind of danced with Paris Hilton at a Hollywood party, but its recently released share from the Oak Cliff-raised, formerly Dallas Mavericks-employed NBA player/Friend of North Korea/all-around curious human being Dennis Rodman massively ups the ante.

In the clip, posted below and appropriately titled “Dennis Rodman on 3 Ways to Break Your Dick,” Rodman talks about all the times he’s injured his member. For our purposes, he notably starts his tale with a recollection of a time he broke his unit while trying to engage in intercourse during some party boat festivities on a Dallas-area lake.

We’ll let the Hall of Famer take things from here.

Yeesh. I don’t think I’ve ever been so nonchalant about anything as Rodman is about this injury he keeps suffering. Good on him, I guess?

Cover photo by Tuomas Venhola via WikiCommons.
No more articles