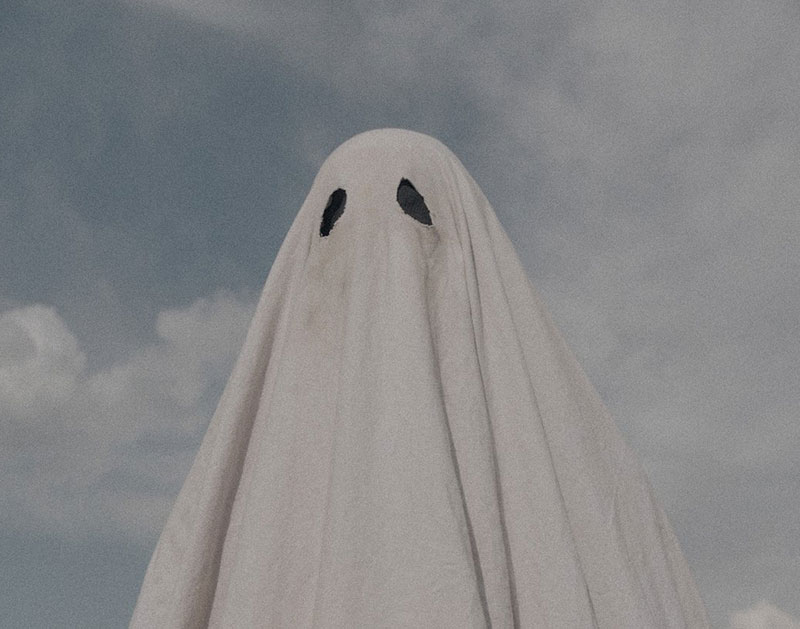 After Establishing Himself As A Film Industry Darling, Dallas-Based Director David Lowery Finds His Voice Through A Silly Concept That’s Filled With Heart.

Casey Affleck walking around covered in a sheet as a ghost. Sounds like a ridiculous premise for a movie right? Fair enough. But what if, on top of that, the film had minimal dialogue and almost no plot? Surely, this is a set up for disastrous film — or at least a super boring one.

But that’s far from the case.

Dallas-based director and writer David Lowery has masterfully crafted a modern-day story of love, loss and letting go with A Ghost Story. The Sundance hit‘s title is very up front about what it is, too: The film, secretly shot in Irving last summer, tells the story of a ghost, played by Affleck while wearing a lovely white sheet with black eye holes, after his his mortal character dies in a tragic car accident and his wife (Mara) is left to pick up the pieces of their life.

Lowery’s film is all about mood. It’s quiet and methodical: He lets the visuals tell the story rather than filling the quietness with needless dialogue. Affleck is dead, and Mara has to figure out a way to move on. As she goes about her life, Affleck is just there, watching and waiting to move on himself. But, just as happens when loved ones leave the real world, the living slowly move on in time. The personal purgatory Affleck’s character finds himself in is the focus of the film; he’s stuck in this house where he and his wife were making their lives, unsure of how to move on.

The idea of following a ghost around in a white sheet sounds a bit silly, sure. The thought itself lends to the idea of a comedy film rather than a drama. But, through carefully crafted shots and deliberate uses of a rousing score from Daniel Hart, Lowery finds a way to strike a balance between his silly idea and the deep themes of loss he’s woven throughout his effort. A Ghost Story is not a scary film — Lowery doesn’t get caught up in the “ghost” aspects of the film or too many jump scares — and instead asks Affleck’s ghost to bring a calmness and serenity to the proceedings.

In many ways, that calmness and serenity makes the film, while also acting as a testament to seeing films in theaters during this streaming era. The quietness and weight of some of the scenes here need to be experienced on the big screen, among dozens of other quietly watching souls, to be appreciated in full. The group commitment to staying silent through the film’s quieter part is part of what sells A Ghost Story — and what allows for its rather odd final act to be bought by audiences. It’s a bit of a curious turn that comes in that final stretch — maybe a little needless, too — but the overall presentation is so strong that even this decision cannot derail the film’s intensity. The ending, while easily telegraphed, still packs a punch.

Amidst the summer blockbusters along which it’s been released, A Ghost Story stands as a consciously different presentation, and a breath of fresh air. It’s a unique take on the classic ghost tale, a reminder that love and loss aren’t ever easy to overcome. And, through, Lowery proves himself a master at providing thoughtful meditation on massive themes through minimal means.