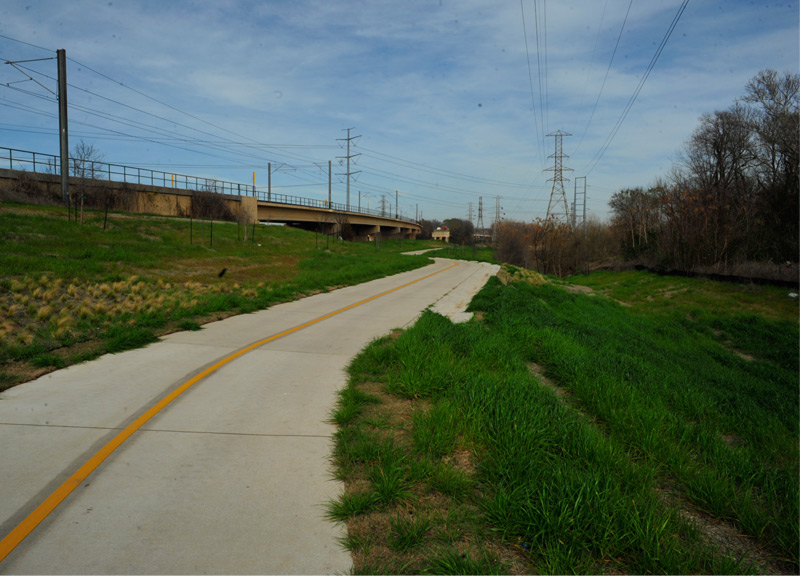 What’s Up With The Santa Fe Trail Looking All Busted?

At some point while photo-hunting and doing research for another article on our city’s parks, I got lost while trying to find the location of the Trinity River’s $4 million Standing Wave feature.

I parked at the DART station at 8th and Corinth, figuring I could walk to the whitewater kayaking area no problem. Instead, I inadvertently discovered the Santa Fe Trestle Trail.

One day, the trail will run from the north side of the Trinity River, over the whitewater area via the old Santa Fe railroad bridge, and connect with the DART station and Moore Park.

For now, though, it remains under construction. And thank goodness there’s at least plans for more development here; what I found when I walked into the park was pretty sad-looking.

There was a giant mountain of garbage, lots of half grown vegetation construction debris and a couple of kiddie pools filled with wood. The worst thing by far, however, was the dead turtle I found trapped under the vegetation net. I had to go watch a bunch of cute kitten videos on youtube to unicorn chase that image from my mind.

All in all, the park just looked abandoned. I wondered if maybe the construction workers had been raptured up to the sky or something in the middle of their work. There was an eerie feeling to the place.

So, why does this park, which should be nearing completion in a couple of months, look like a hot mess? Turns out there actually is a reason: The trail project hit a snag due to recent flooding, and the construction is in hiatus while the Trinity River project waits on ONCOR to relocate a transmission line out of the park area.

The good news? Once the flood cleanup is done and the transmission line is relocated, the park will be on it’s way to opening. What I saw, minus the urban waste, looks like it could be a nice little area, and the trail will be a great way to approach the whitewater park.

Once it’s ready, of course. Because, no, it isn’t there yet. Not even close. 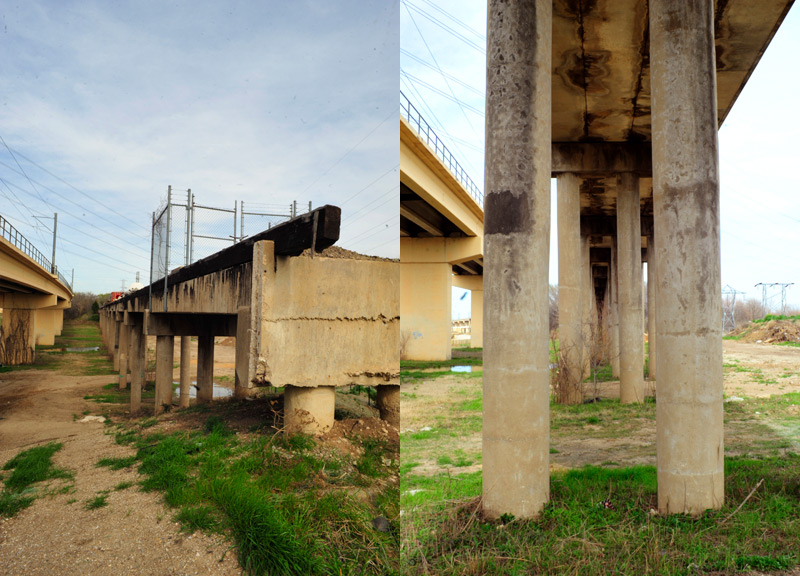 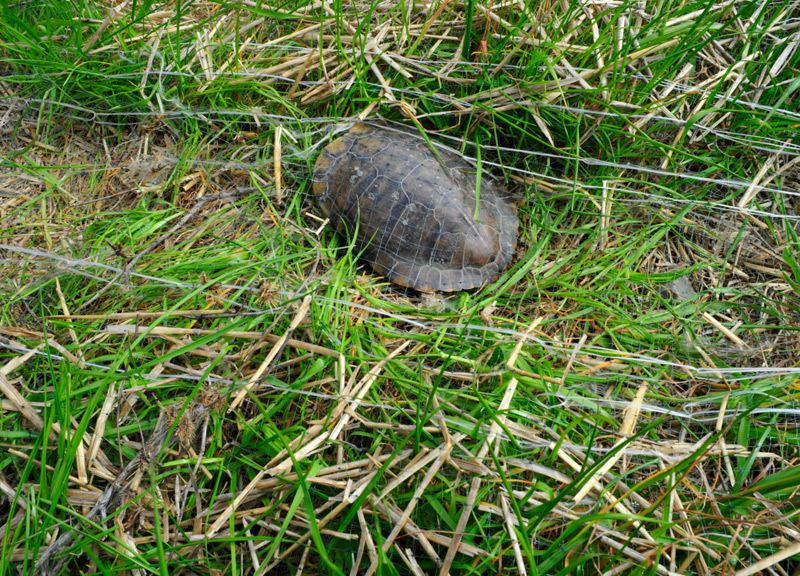 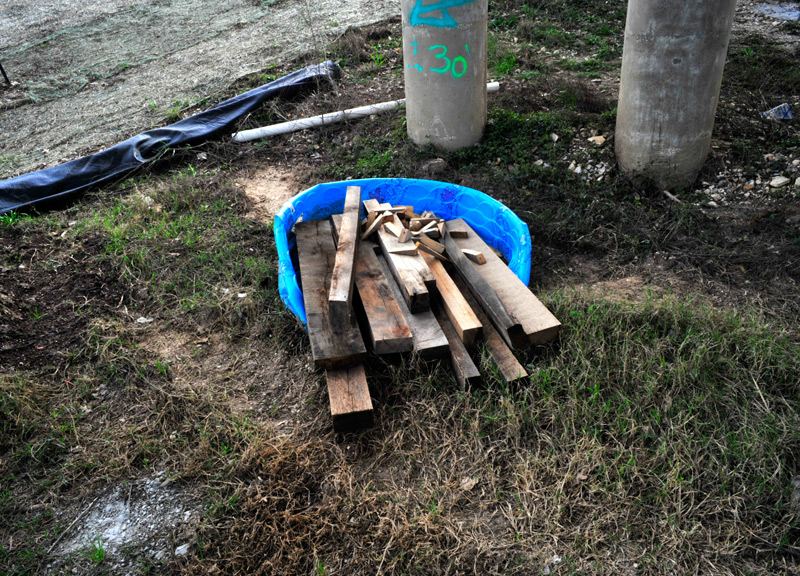 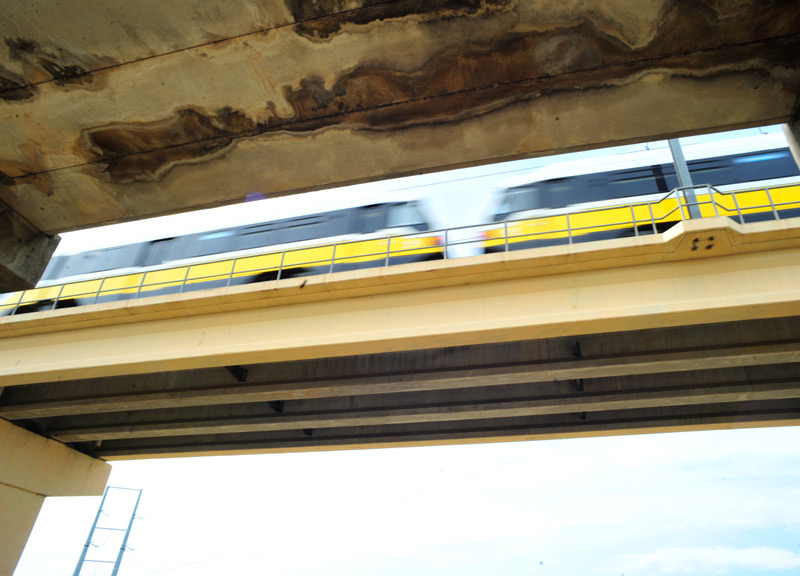 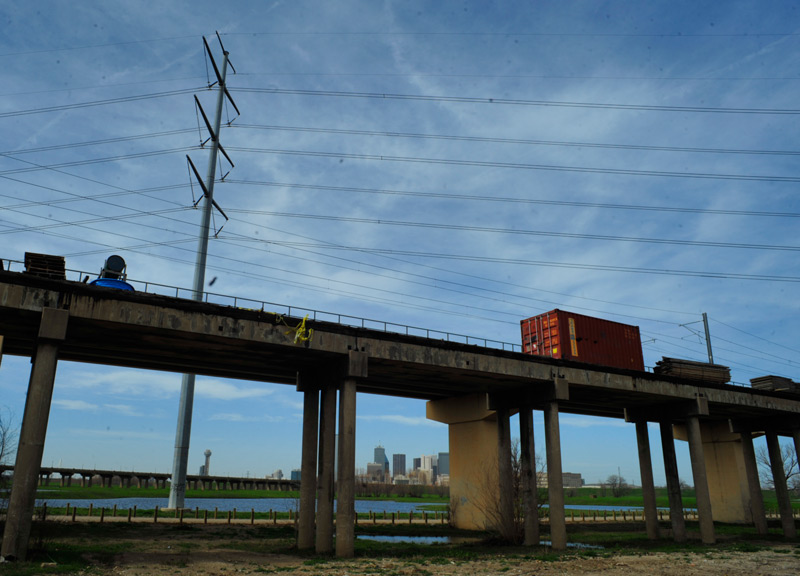 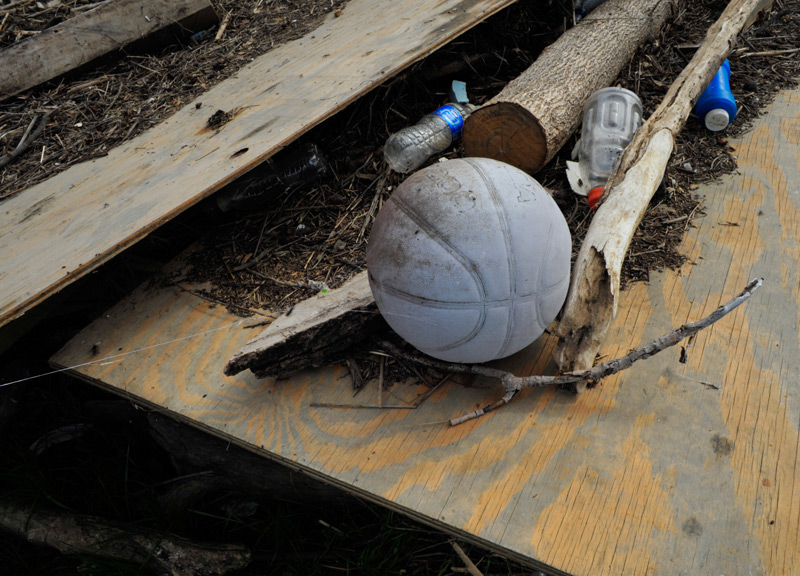 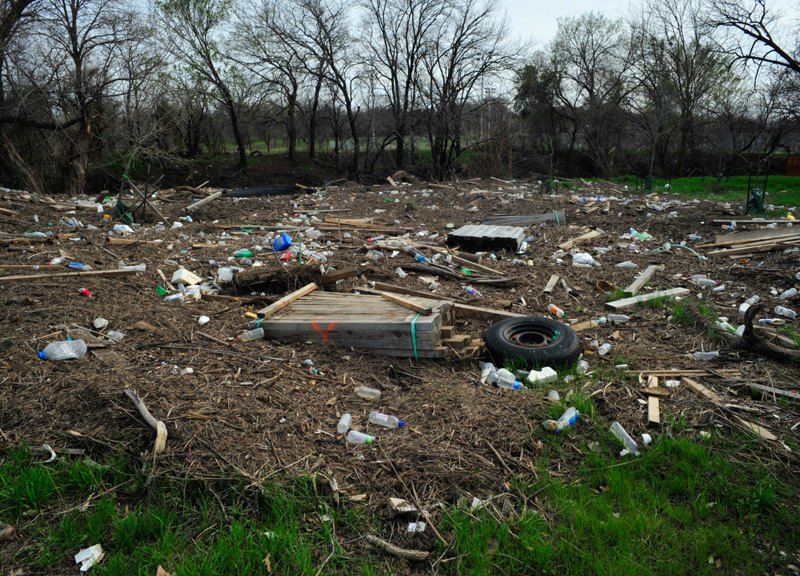 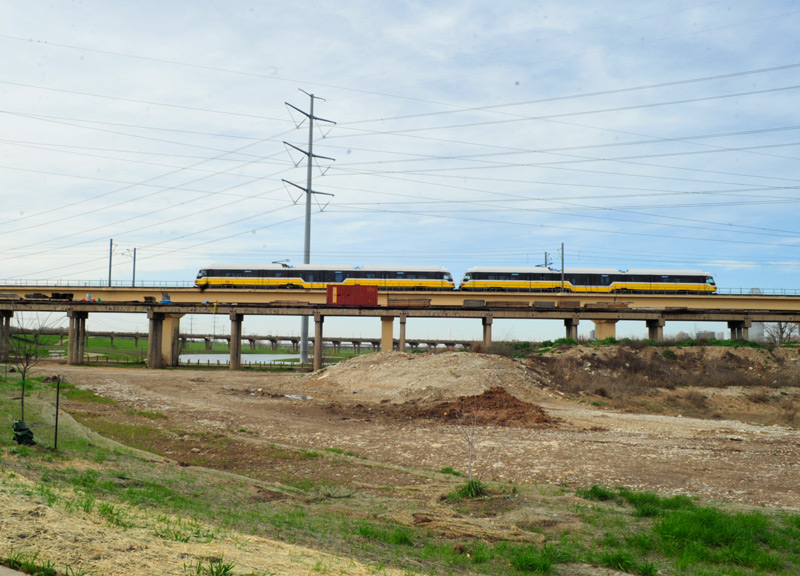