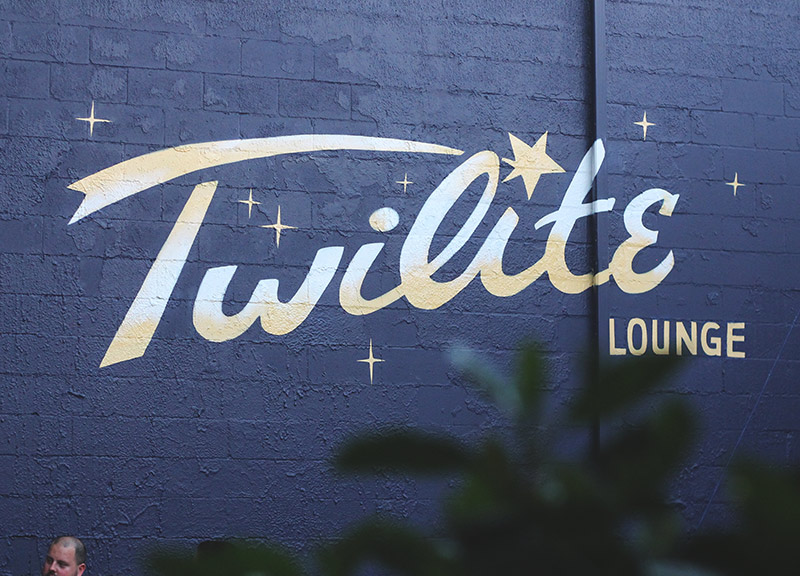 Three years after opening the doors to Twilite Lounge in Deep Ellum, the owners of that adored Dallas establishment are now gearing up to take their talents to Near Southside in Fort Worth.

In late summer or early fall, Twilite Lounge will open up a second location at 212 Lipscomb Street in Fort Worth, not too far from Firestone & Robertson Distilling Co. and less than a mile from the bar and venue Shipping & Receiving, right in the middle of where the city is actively encouraging new developments.

Says Twilite co-owner Jess Bar of the move after having just signed a lease on the new space earlier this week: “Essentially, it’s the same concept — but it’s basically double the size, almost to the foot. The game plan is the same.”

That game plan, as first described to Central Track in 2013, has from the jump centered around cultivating a friendly, familiar environment within a New Orleans-inspired setting. In practice, that concept has also included such elements as frozen Irish coffee drinks, live music on the weekends and no cover charges ever — a nice plus, considering some of the shows the Twilite team has scored in its three years in Deep Ellum.

But Barr doesn’t necessarily anticipate music playing a significantly larger role than it does in Dallas at the new space, which is housed within the showroom of an old plumbing warehouse. Still, he’s not naive to the role music might play.

“Because of the size, it might allow us to bring in some bigger-drawing bands,” Barr says. “But we’re also really excited about being closer to the music scene in Fort Worth.”

That makes sense: In its Deep Ellum location, Twilite has certainly been a friendly hub for Fort Worth musicians over the years; but then there’s also the fact that Danny Balis, Barr’s co-owner, is also a member of the Fort Worth-based band Calhoun. Still, Barr — as he was when the Deep Ellum location of Twilite opened — is firm in saying that Twilite isn’t aiming to strictly be a spot for music.

Instead, he points out that the new space, which will be run on a day-to-day basis by operating partner Jimmy Morton, is going to feature at least one element that the Deep Ellum one doesn’t. There will be, Barr confirms, a small kitchen — although he’s mum for now on what exactly that will entail. Mostly, he says, that aspect is just a perk of the space he and Balis found.

“Going back to even before when Danny and I signed the lease [on the initial Twilite], we knew that, if the first one was successful, we would want to expand on it — like how they have with the Continental Club in Austin and Houston,” Barr says.

Why now, though? And why in this part of Fort Worth?

“Honestly,” Barr says, “it’s just that we found a spot we liked. But we’re excited about it. Fort Worth is such a cool, laid-back town.”