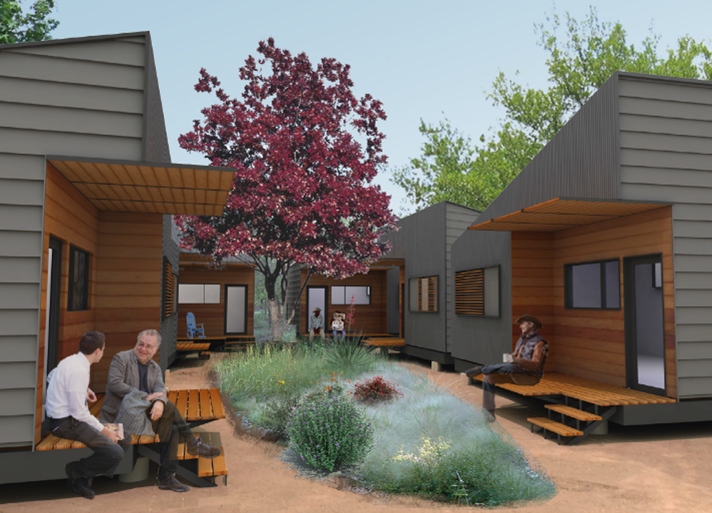 Dallas Hates Homeless People, But The Cottages At Hickory Crossing Sure Don’t.

Dallas seems to have a particular disdain for homeless people of late.

Not that it hasn’t always: It’s long been illegal to panhandle in Dallas, for instance — so much so that, yes, you can even be fined for giving a buck or two to a homeless person. But, wait, it gets worse! City Council member Rick Callahan even once said that the city needs to “break [homeless people’s] backs, break their spirit” because “that’s the only way we’re going to win this battle.”

Recent times, though, have been especially harsh as a public homeless shaming campaign started popping up on social media. And that’s just the start, as there’s also been a battle to get high alcohol content beer and wine off of the shelves in Downtown-area 7-Elevens — because only the homeless like their booze with extra punch, right?

Collectively, Dallas’ attitude towards homeless people is far south of pleasant. And, without context, it sounds like those in the anti-homeless camp are talking about roaches or rats when spewing their diatribes. But what this staunch antagonism fails to produce is an actual solution.

Keith Ackerman actually has that, though.

Ackerman is the executive director of The Cottages at Hickory Crossing, which will provide housing and medical services to chronically homeless Dallasites. He says that The Cottages’ goal is to “provide a safe community, for homeless people who cost the community the most [money].”

To wit: Ackerman says on average, chronically homeless people cost taxpayers and the city $40,000 each. With the Cottages, he claims to bring that number down to $13,000. It’s a theory that Malcolm Gladwell has written about at length. And it makes sense, as the combined costs of vagrancy, panhandling, trespassing, trips to jail and ambulances to the hospital add up.

On the other hand, The Cottages, located on a 3.5-acre stretch in South Dallas off of Malcolm X. Boulevard near the Texas Workforce Commission, will provide psychiatric and medical care on its campus seven days a week.

The idea for this project has been bubbling in Ackerman’s mind for about a decade and was inspired by similar programs across the country and in Texas. Houston, for example, has ended chronic veteran homelessness.

In order to realize this dream, The Cottages at Hickory Crossing partnered with UT Southwestern (which will conduct a three-year study), Metrocare Services, Central Dallas CDC, CitySquare and Dallas County. Funding came by way the City of Dallas, which gave the initial $1 million through the housing department, and the Dallas county commissioner court, which added $1.5 million in the pot. The rest of the $8.6 million for project came from private citizens.

The Cottages will start moving 50 people into the homes, which will be energy efficient LEED Platinum-certified, starting in November. Potential residents are currently being screened by the Dallas County Jail Diversion, Metrocare and CitySquare. The criteria for prospective residents is chronic homelessness, severe or persistent mental illnesses, or a history of substance abuse. Ackerman says the aforementioned are requirements because those people are “most vulnerable to death.”

Residents at Hickory Crossing will be permitted to live there for the rest of their lives so long as they don’t harm anyone and contribute 30 percent of their income, whatever it may be, to their room and board.

It’s a cool concept, a logical solution to a persistent problem. Homelessness is universally a bad thing; there’s really not much room for debate around that. But, instead of breaking their spirit or treating them like vermin, Ackerman’s lending a helping hand, getting people off of the streets and maybe turn their lives around.

Says Ackerman: “The last chapter of their lives hasn’t been written yet.” 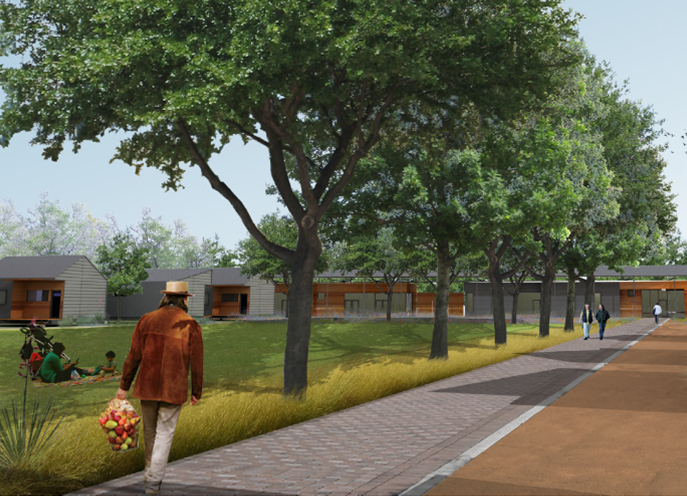