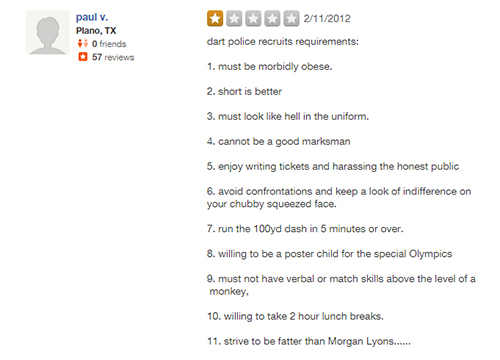 Is DART So Bad? Yes, Very Much So. According To Its Yelp Reviews, At Least.

Dallas Area Rapid Transit is, at best, a mixed bag.

The public transportation system’s buses regularly run at least 10 minutes late and, even if one of them is running on time, there’s still a good chance that it might just whiz by your stop — as if the bus driver has harnessed at once the spirits of both Dale Earnhart and Stevie Wonder. The trains, meanwhile, are light rails, which, in spite of the name, means they travel at whatever the exact opposite of light-speed is. And then there’s the Cityplace/Uptown station, the only underground station in the DART system, which always seems to have at least one escalator that isn’t working at any given time.

It’s not all bad. When DART is working well, it serves its purpose well enough. Looking to use public transit to head out to a concert or dinner so as to avoid heavy traffic or gauged parking? It can do wonders. Plus, there’s the D-Link, which takes passengers from downtown Dallas to Oak Cliff for free of charge. That’s pretty cool.

So, yeah, DART has its minuses, but also its pluses.

If I were to rate DRT, I’d probably give it a rating of “somewhat trash,” which, to be clear, is a big step up from “complete trash” and “embarrassing trash.”

Turns out I’m a kinder critic than most, though. Well, if the Yelp reviews of DART are any indication, at least. That’s right: Actual human people have logged onto the Internet to write reviews of a transit system on Yelp. Like, a lot of people, too.

Here, let’s take a look at our favorite reviews of DART on Yelp. Take note of how universally harsh this batch is; even the ones that are trying to be positive can’t help but be backhanded in doing so. 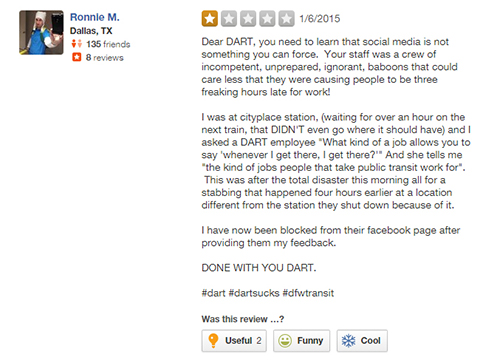 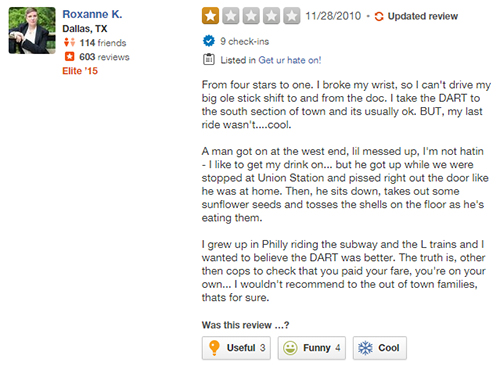 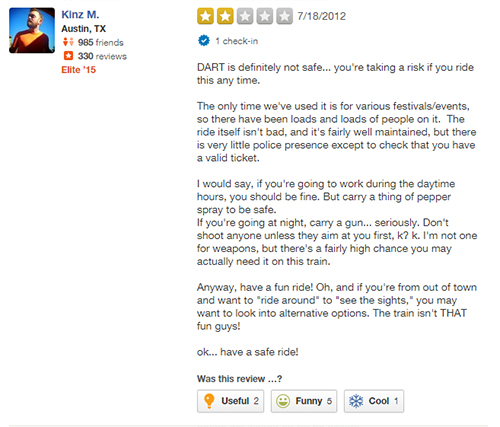 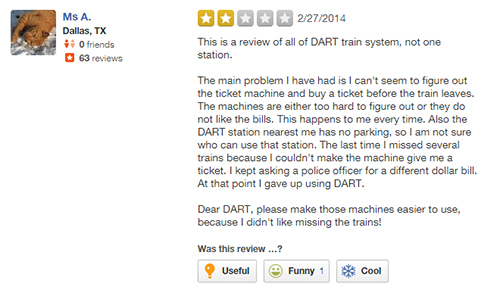 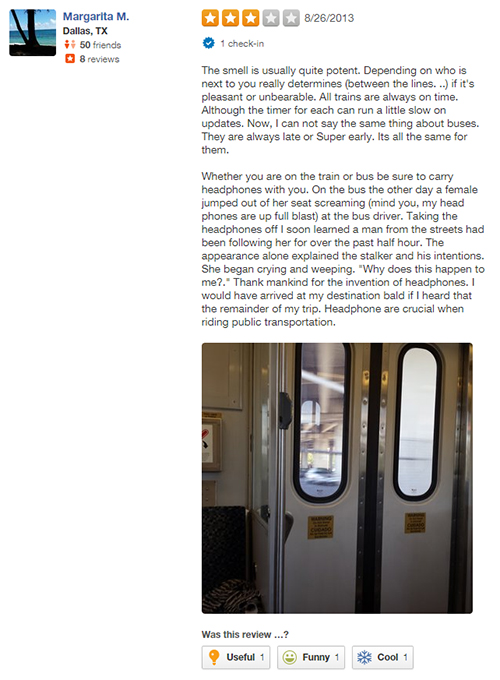 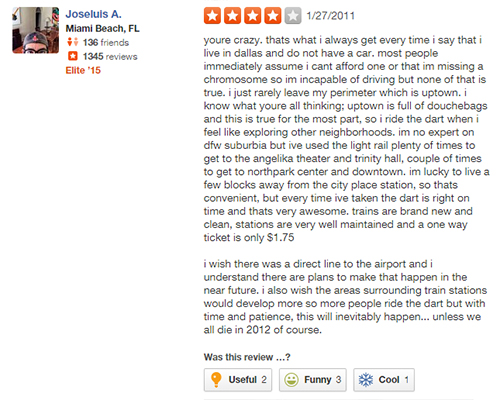 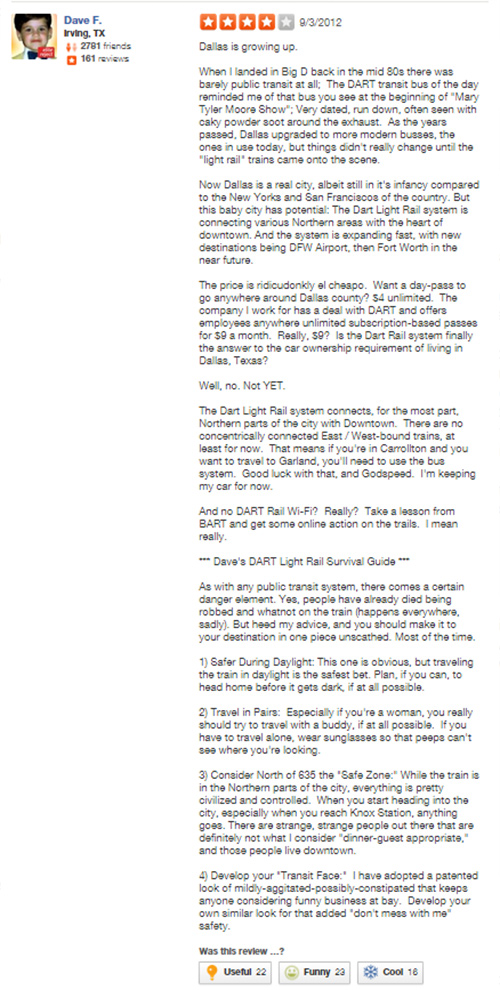 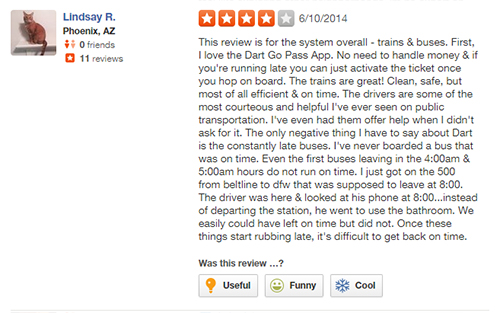