39 Things To Do This Super Bowl Weekend. 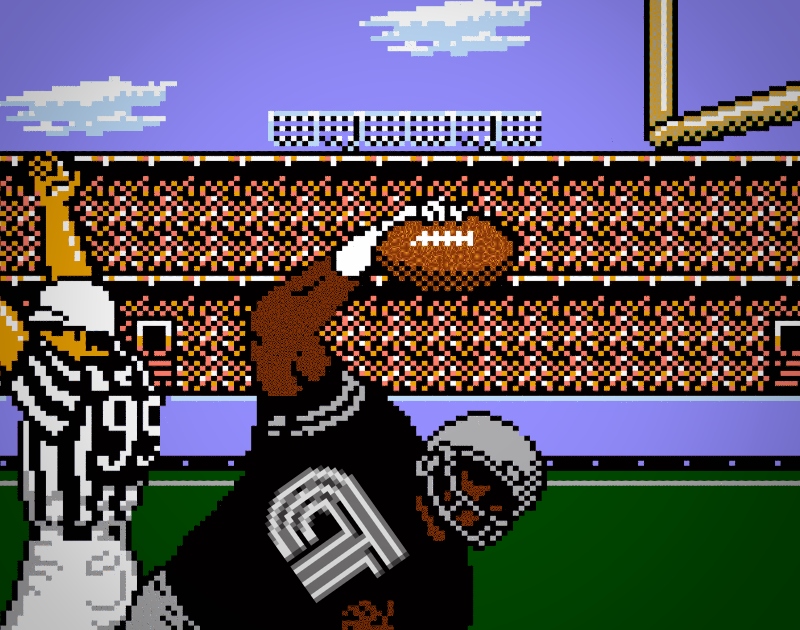 Watch The Footballs, Play the Footballs, Eat the Chilis, and Other Ways to Kick This Weekend Through the Uprights.

Recently, a three-year old boy was found safe after being missing in the woods for three days. Once his folks found him and asked what he’d been up to during that span, he said he “hung out with a bear for two days.”

That sounds like a good way to spend the weekend, though bears are admittedly not the easiest to find around these parts.

To make up for the lack of fur monsters, Dallas has lots of other things for you to do for three days. — Cory Graves

DeVotchKa at Trees
The orchestral pop outfit is on a super cold Midwest run in support of latest LP This Night Falls Forever. Opening the entire run is Neyla Pekarek, making her live debut as a solo artist, on her first tour since leaving the Lumineers. — CG

Enter the Dragon at Inwood Theatre
There’s only one legend who could kick you in the face and make you like it: Bruce Lee. Gone too soon, Lee died at 32, leaving behind only a small handful of energetic and classic action films. Perhaps the most famous one is Enter the Dragon. This weekend only, it’s screening in the midnight slot at the Inwood. KACHOW! — Chase Whale

So I Married an Axe Murderer Sausage & Beer Party at Texas Theatre
Goodfriend Beer Garden, those hard-hearted harbingers of haggis, are catering this wedding party for Charlie and Harriet. Whoooa man! — CG

Josh Ward at Billy Bob’s
Last summer, the country boy became the 50th artist to record a Live at Billy Bob’s Texas album. This return trip to the World’s Largest Honky-Tonk will serve as its release party. — CG

Rebelution at South Side Ballroom
The reggae band never stops touring. Still, the crew has managed to churn out seven studio albums. They guys are in town to jam and have fun in Big D. Have at it. — Obed Manuel

Walker Hayes at House of Blues
Support the Nashville pop country star so he doesn’t have to go back to working the graveyard shift at Costco to support his six kids. — CG

Jesse Cook at Majestic Theatre
Jesse Cook is going to be cooking up some sweet songs tonight. (Sorry.) Make sure to check him and his guitar out if you’re down for some singer-songwriter jams. — H. Drew Blackburn

Loft Stories at Breda Studio
In this series, Dallas musicians perform live in an intimate setting, opening up and sharing the stories behind their songs. Rapper Buffalo Black, pop singer Seysei and hip-hop artist Preston Peacock are featured this time around. — CG

Rachael Yamagata at Sons of Hermann Hall
New York-via-Virginia singer-songwriter Rachael Yamagata crowdfunded her two latest full-length albums (including 2016’s Tightrope Walker) and released them on her own label. Throughout her nearly-two-decade career, she’s collaborated with artists such as Toots and the Maytals, Rhett Miller and Bright Eyes. — Garrett Gravley

Fruition at Dada
Not just something Milo says when he eats an apple, Fruition is the Portland bluegrass/folk band that started out as buskers before amassing five studio albums and enough fans to get invited to play indoors at venues all over the country. Daniel Rodriguez of Elephant Revival opens. — CG

America at The Theatre at Grand Prairie
The surviving members of the ‘60s folk outfit responsible for “Ventura Highway” play the old Verizon on their 50th anniversary tour. — CG

Easton Corbin at Billy Bob’s
With hits like “Somebody’s Gotta Be Country” and “A Little More Country Than That,” we’ll let you guess what the rest of his catalog sounds like. — CG

Robb Bank$, Wifisfuneral at Gas Monkey Live
Robb Bank$ is the oldest son of Shaggy. The 23-year-old prefers to rap rather than follow in Mr. Bombastic’s reggae footsteps, and the prolific Cash Money signee has, thus far, been successful enough in his own right that most folks don’t realize or even care to mention his lineage. — CG

For the Love of Kettle at Kettle Art
Head out for the love of art. And for the sake of keeping Kettle Art open. This fundraising event will see more than 150 works of art sold for just $50. Hit the link above to see all the artists who will be on display that night. — OM

Historic Granbury Jailhouse Ghost Hunt
Join a team of paranomral investigators from Across the Veil Paranormal as they guide a tour through the 1800s era jail looking for spirits with unfinished criminal business. — CG

Bounce, Rock, Skate, Roll Late Night Skate Party at Aloha Roller Palace
Grab some quad skates and bring your own bottle of booze to this retro skate party with DJ Mieko on the ones and twos. — CG

2¢ at Lizard Lounge
The team-up of Craze and Four Color Jack hold court at this late night party. — CG

Joan Osborne Sings the Songs of Bob Dylan at Kessler Theater
What if Bob was one of us? Jenna Clark singing the songs of Jenna Clark opens. — CG

Boogie T.rio at Stereo Live
NOLA riddim/bass producer Boogie T brings his live trio to the turn up to elevate the party to the next level. — CG

Emo Nite at 2513 Deep Ellum
This genre specific ‘90s and ‘00s dance party is 18+ — that is unless you’re one of the acts playing live. Pre-teen pop-punk sensations Not Ur Girlfrenz headline, alongside RIVALS, Recent Rumors, Be//gotten and Xxajii. — CG

The Bounce at Regal Room
DJ KMOR and guests change up the vibe and continue the new weekly at IBK. – CG

Super Chili Bowl V at Three Links
There are many places to watch the big game this year, but there will be a potluck chili competition taking place at this one, which you can help judge. And Matt the Cat will sing some songs before the game, too. Makes this one tops in my book. — CG

Super Browls Half Time Show at Dan’s Silverleaf
So, instead of watching whatever superstar is performing at halftime of the Super Bowl (sorry, Adam Levine & the Maroon 4), you can go to Dan’s and watch The Super Browls drunkenly slang some in-demand stadium rock. — Trace McCaslin

Big Game Bash at Texas Live
No better place to watch the big sports game than at a big sports bar next door to two big sports stadiums. There’s no bigger TV than the massive mother fucker here to view it on, either – outside of the one in Jerry World, maybe. — CG

Chix With Brix at Will Rogers Memorial Center
Chix is short for “chicken” and brix is short for a wine term. So that makes this a $65 per person benefit brunch with chef-inspired courses. — CG