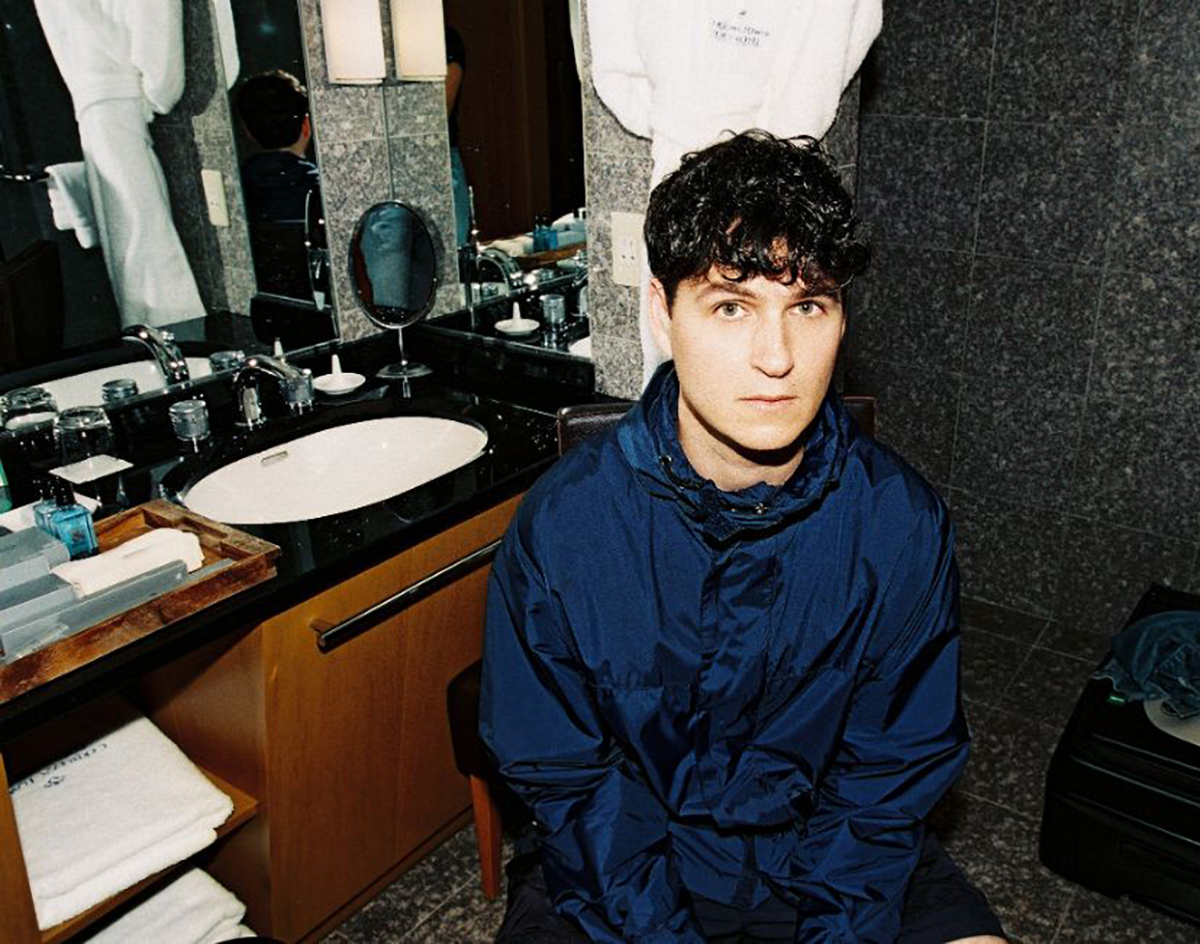 Disregard The Oxford comma With Vampire Weekend, Buzz In For Some American Talent With Grace VanderWaal And Welcome Home Hellyeah. Plus More!

So apparently President Donald Trump has a fascination with country of Greenland. So much so, reports have surfaced that he has continuously tossed around the idea of looking into whether or not the U.S. can buy earth’s biggest island.

It’s fine, just put it on our national credit card.

Though Greenland operates as its own nation, it is owned and economically supported by Denmark, as it currently serves as a Danish territory. However, Trump has apparently asked advisers on more than one occasion what it would take to seriously acquire the ice-coated land, though his adviser insist the conversations have been empty. Ok, yeah, like we’re going to believe he doesn’t want the opportunity to brag about making such a uuuge power move.

You know what is huge and costs considerably less than the price of Greenland? This list of things to do in North Texas this weekend. — Alec Spicer

Grace Vanderwaal at Granada Theater
This show is almost sold out, but in case you stumble upon this just in time, she’s a 15-year-old singer-songwriter from Kansas who won a season of America’s Got Talent. She also toured with Imagine Dragons last year. — Garrett Gravley

Y La Bamba at Ruins
The sound of Y La Bamba (the solo project of Luz Elena Mendoza) is partially derived from psychedelic folk acts such as the Holy Modal Rounders and Devendra Banhart. But she also throws in elements of dream pop and dance music from time to time.. She’s a pretty sick talent. You should check this out. — GG

The Obsessed at Andy’s (Denton)
This doom metal band has been around since 1976 and was one of the first bands in the U.S. to draw from Black Sabbath’s sound. These days, members of Spirit Caravan comprise the band’s current lineup. — GG

Generationals at Club Dada
This New Orleans-based pop duo is kicking off its tour right here in Dallas, and several of the stops are nearing sold out territory, so, unlike everyon’s favorite generation of Boomers, you might want to act quickly on this one. – AS

The Dan Band at House of Blues
The band that performed at the end of Old School, what more could you want to know? Remember how hard you laughed at it? — Travis McMillan

Devin the Dude at Gas Monkey Live!
From collaborations with Dr. Dre to Andre 3000, Devin the Dude was inescapable in the early-mid ‘00s. Now, he’s still rollin’ up with a new album released just last month. — AS

Bro Safari at Stereo Live Dallas
Could there be anything worse than an adventure through the wilds of Africa with the fraternity brothers you hated in your Freshmen English class? This is not that. It’s way better, probably. — TM

Rodney Crowell at The Kessler Theater
Rodney Crowell is a two-time Grammy award-winning country artist with more than a few stripes on his belt. Unfortunately, he was one of several artists whose music was lost to the Universal Studios fire in 2008. — TM

Sister Hazel at Billy Bob’s (Fort Worth)
Having been around since 1993, this Florida-based band is one of those acts that has managed to sustain a considerably long-lasting cult following. And you know what? Good for them. — AS

Shinyribs at Dan’s Silverleaf (Denton)
If no one takes this band to Stiky Ribz while they’re in DFW, I will be upset. — AS

Catz n Dogz at It’ll Do Club
As someone wise (Wyclef Jean) once said, no fighting. — AS

Jonathan Fisher Trio at The Common Table Dallas
Jonathan Fisher is a product of the 100+ grammy-winning University of North Texas Jazz Studies Program, so you don’t really need much an explanation if we are being honest. – AS

Acid Carousel + The Bralettes at Backyard on the Bell
To everyone who has made the countless shows these two local favorites have played together happen: Thank you. Dice, Doll Toy and Ting Tang Tina open. Say that three times fast. — AS

Wuki at Lizard Lounge
This guy is a New Jersey native who owns a record label called WUKILEAKS. Iconic. — AS

Tom Joyner at The Pavilion at Toyota Music Factory
Hometown radio veteran Tom Joyner of the Tom Joyner Morning Show is officially signing off from his long-held stint at the end of this year, but not without one last goodbye with special gust Charlie Wilson. — AS

Alex Lahey at Deep Ellum Art Co.
Melbourne indie rocker Alex Lahey returns to Dallas for the first time since her 2017 tour with Dude York after her sophomore LP The Best of Luck Club received praise from music critics earlier this year. — GG

Dallas Derby Devils Playoffs at NYTEX Sports Centre
1. We didn’t know this was a thing. 2. We are glad it is. 3. How has there never been one of those memes to generate your roller derby name? — AS

Beach Goons at Club Dada
We imagine it probably wasn’t hard for this San Diego surf punk band to come up with a name. — SSV

Stick to Your Guns at Trees
This metalcore band has somehow managed to do what many of its Warped Tour-mainstay contemporaries couldn’t — survive the test of time. We guess you could say it… stuck to its guns. — AS

J. Phlip at It’ll Do Club
Jessica Phillipe aka J. Philp was almost an engineer before becoming a fixture in the EDM scene. You couldn’t technically argue she still managed to land a career in engineering… — SSV

Napoleon at The Majestic Theatre

Joe Tucker at The Common Table
Joe Tucker kind of sounds like a name presidential candidates throw out when telling anecdotes at debates in order to appeal to middle America. This guy is real, though, and he plays all kinds of instruments as a one-man band. — AS

The Heroine at Reno’s Chop Shop
Plot twist: The Heroine is a band actually made up of a bunch of guys, but they claim to make music to keep the ladies up at night. 5 Billion And Counting, The Kul and Band Nerds open. — TM

Kiki Maroon Burly Q at The Cambridge Room at House of Blues
The Houston-based burlesque show full of live music, burlesque and comedy is making its way up to pay another visit. — TM

TyDi at The Lizard Lounge
It might not be 2012, but EDM is still very present in Australia’s music scene, so it’s no surprise that Asutralian-born tyDi comes to us from the land down under. — AS

Camelversary at Three Links
Is it already that time again? King Camel is turning six years old and Pearl Earl, Duell, Rosegarden Funeral Party and Psychic Killers are helping blow out the candles. — AS

Anniversary Party at Outfit Brewery
Speaking of candles, Outfit Brewery is turning a year old. The Cush and Oscar DeLaughter will both be playing sets celebrate. — SSV

Vampire Weekend at The Pavilion at Toyota Music Factory
In 2007, Vampire Weekend played Rubber Gloves in Denton to an audience of about a dozen people. Come to this show if you want to see how far 12 years has gotten them. — GG

Chloe Moriondo at Club Dada
Chloe Moriondo is a Michigan-based singer-songwriter who achieved fame via YouTube in playing originals and covers on a ukulele. The future is now, old man. — GG

Guerilla Warfare at Killer’s Tacos
This nu-metal/hardcore band is coming down all the way from Lousiville, Kentucky to give us Stone Cold Stunners. We’re serious. — AS