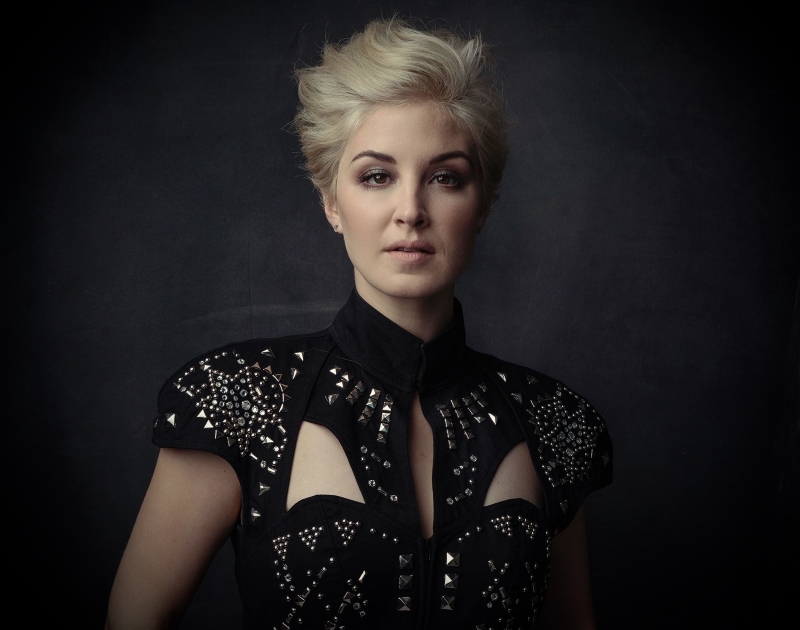 Act Moody With Drab Majesty, Make Memes With Joe Biden, Celebrate the Repeal of Prohibition at a 95-Year-Old Bar, Pull Through With Maggie Rose and More.

Whenever you go hang gliding, make sure you’re strapped to the glider. Or else you might end up holding on for dear life for more than two minutes until you can make a safe crash landing.

It can be terrifying if you don’t double check things before taking off.

Similarly, you always want to consult our own little list before heading out on the town. It’s not life-and-death or anything, but helpful just the same. — Cory Graves

Freddie Gibbs at Trees
The super-talented Indiana rapper has released 24 projects since being dropped by Interscope in 2006, most recently a collaborative effort with Curren$y and The Alchemist that was received with critical acclaim on Halloween. — CG

Chris Isaak at House of Blues
While singer/actor Chris Isaak may be, by the strictest definition of the term, a one-hit wonder, the golden-throated falsetto machine isn’t necessarily a one-trick pony. The oft-understated musician incorporates elements of blues, rockabilly and dad-centric rock into his crowd-pleasing offerings. — CG

Drab Majesty at Dada
With a sound that may sound like it belongs in a moody video game, the Los Angeles-based electronic act may be the perfect fit for those who prefer an electronica tunes that don’t require scanty clothing and jumping around. Emma Ruth Rundle and Jaye Jayle open. — Obed Manuel

Love Actually at Alamo Drafthouse (Cedars)
Did you know there was a Love Actually sequel called Red Nose Day Actually? Well, now you do, and now you’ll have something to discuss with your fellow Love Actually enthusiasts at this shindig. — OM

The Wild Detectives Book Club: The Third Hotel
This month’s book club selection is a Havana-set dramatization on “the hallucinatory quality of grief” experienced by a woman who has just lost her husband in a car accident, and now sees him everywhere she goes. — CG

Empire of the Sun at The Magnolia
A screening of the Spielberg classic, not a performance by the Australian electronic duo. — CG

Eyedress at Ruins
Although the Filipino artist’s latest album is “about the joys and pains of his life in Manila,” it is conveyed using music styles he only became aware of while living in the states — like “R&B, dream-pop, indie rock, punk rock and G-funk.” Local pop babes Starfruit and Mah Kee Oh open. — CG

Joe Biden at The Theatre at Grand Prairie
During his tenure in the White House, Joe Biden oversaw infrastructure spending that was aimed at mitigating the impact of the Great Recession. He also had a role in the withdrawal of military forces from Iraq under the Obama Administration. The former Vice President will be in Grand Prairie this week, probably speaking or something of that sort. — Garrett Gravley

Big Brassy Christmas & Organ Extravaganza at Meyerson Symphony Center
The DSO is celebrating the 25th anniversary of its world famous Lay Family Concert Organ with a month of concerts prominently featuring the awe-inspiring instrument — like this one! — CG

Hands Like Houses at Gas Monkey Bar N’ Grill
Aussie metalcore band Hands Like Houses was last in town the night Trump got elected to power. Hopefully this night won’t be quite so terrible. Emarosa, Devour the Day, The Faim and Arlington open. — CG

Eric Nadel Book Release Party at Kessler Theater
No matter how you feel about the Texas Rangers radio announcer, or old men from Nantucket for that matter, performances from Pedigo’s Magic Pilsner, Whitney Rose and Joshua Ray Walker will make this one an evening to remember. — CG

DFW Jam Session at Sandaga 813
R.C. Williams and his long-running Wednesday night Jam Session are saddling up and moving from their regular home at The Prophet Bar, where they’ve been for some 13 years now, to a new permanent base on the opposite end of Ellum. — CG

Andrea Bocelli at American Airlines Center
Please, Dallas: Don’t be the one city where some jackass yells, “Boats and hoes!” should Bocelli perform “Por Ti Volare” tonight. That really wouldn’t be cool. Plus, it’s such a damn beautiful song to begin with. — CG

The Devil Wears Prada at Canton Hall
It’s almost the 10th anniversary of the metalcore outfit’s With Roots Above and Branches Below record — well, close enough, anyway, to embark on a celebratory tour. Fit For A King and ’68 open. — CG

Repeal Day Celebration at The Stoneleigh
Bars all over town – most of them, in fact – are celebrating the anniversary of prohibition’s repeal, sure, but only this 95-year-old gem was actually around for the original repeal day back on December 5, 1933. — CG

The Weeks at Dada
If Kings of Leon stripped away the tendency to channel the U2 sound they picked up somewhere around their fourth LP, they’d probably sound an awful lot like fellow Nashvillians The Weeks. Almost unsettlingly so, really. It’s not that this is a bad thing, per se — those long forgotten early KoL discs were actually pretty decent — but we can’t imagine frontman Cyle Barnes putting up too much of a defense if one were to accuse him of intentionally mimicking Caleb Followill’s affected southern drawl. — CG

Royal Teeth at Cambridge Room
Royal Teeth’s stint with Elektra Records may have been a short one, and while the band’s members admit that leaving the company injected some doubt about the band’s future, the move has instead let them get back to what matters: going from town to town to play their danceable pop rock tunes to its large national following. — OM

Home Alone at Majestic Theatre
Something fun to do this time of year is re-watching holiday classics like Home Alone, and its sequel, which notably features our once and future king. Something you shouldn’t do, no matter how inspired you feel after watching Kevin McCallister take down the baddies is trying those same boobie traps IRL. As some YouTube experimenters once discovered, you’d probably die. — CG

SOLSTICE: A New Holiday Adventure at Theatre Three
This new play about Christmastime in Dallas opens tonight, and runs Thursdays through Sundays until the 30th. — CG

Noche Cosmica at The Wild Detectives (Free)
Teatro Dallas presents this evening of indigenous poetry, dance and music. Themed cocktails will be on the menu. — CG

Maggie Rose at Sundown
The Nashville “it girl,” award-winning songwriter, fashion icon and past opener for Tim McGraw and Faith Hill will command the intimate room with her powerhouse vocals. — CG

Yung Pinch at Trees
The California rapper is a beach boy on a wave, but instead of taking to surf rock, he’s taken to be a Soundcloud rapper. And yes, references to the beach are aplenty. Tyla Yaweh and Daghe open. — OM

Aminé at House of Blues
The Portland rapper’s “Caroline” was a big part of the soundtrack of the summer of 2017. Here’s hoping those memories heat up your December a couple degrees. — CG

Dallas Moore at Mama Tried
Mr Honky-Tonk brings his Amerpolitan sound to the newest honky-tonk in his namesake city. — CG